While a new live-action Star Wars series began this week on Disney+, the first one’s highly acclaimed premiere season is being adapted into comic-book form from Marvel. And this past Wednesday brought us issue #3 of The Mandalorian, which recreates the third episode of the show, entitled “The Sin” in sequential art.

I remain terribly curious about writer Rodney Barnes’s process in bringing The Mandalorian from the small screen to the comic page, but I assume it involves figuring out the pacing and choreography of the story, because the action, characters, and dialogue remain largely the same otherwise. 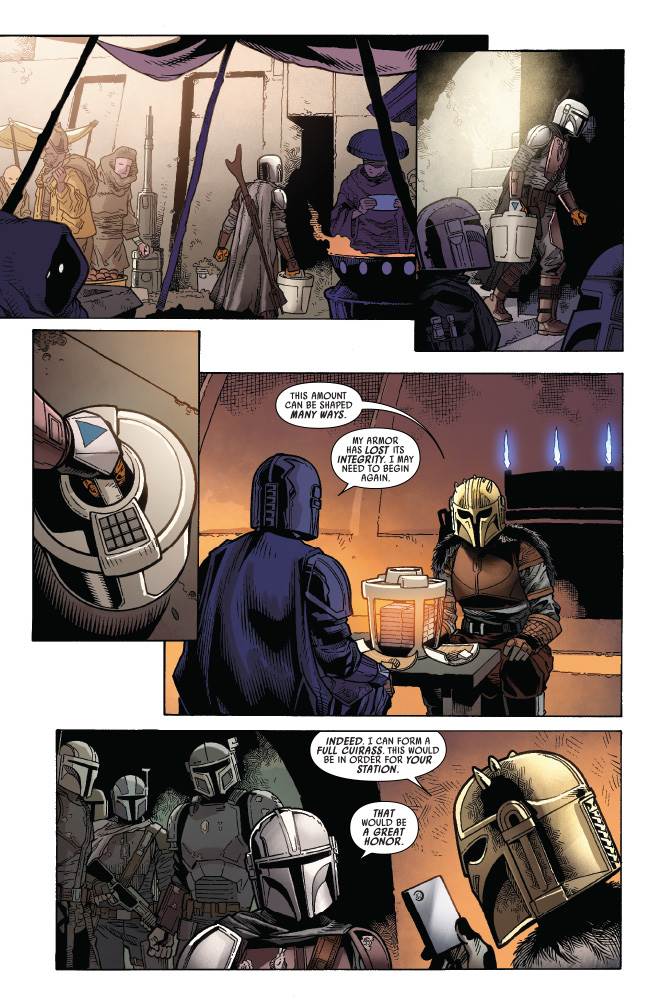 But Georges Jeanty’s artwork is where the real appeal of this title lies, and with each passing issue I grow more and more impressed with his ability to render appealing, striking takes on these familiar locations, personas, and situations while retaining the gritty atmosphere and seedy underworld grime of the series on which it is based. Here in the third installment, Mando returns to the planet Nevarro and delivers the “Asset” (AKA The Child, whose real name we won’t learn until season two) to the Client (another mysterious pseudonym) in exchange for some ingots of the Mandalorian metal known as beskar. Of course, as we saw in the show, Mando does have a last-minute change of heart and spends the rest of the issue fighting to take the Child back into his possession, unwilling to leave the infant in the probably-untrustworthy hands of the Imperial remnant. The quieter character moments all translate really well here, as do the combat sequences, which hit nearly as hard here as they do on Disney+. 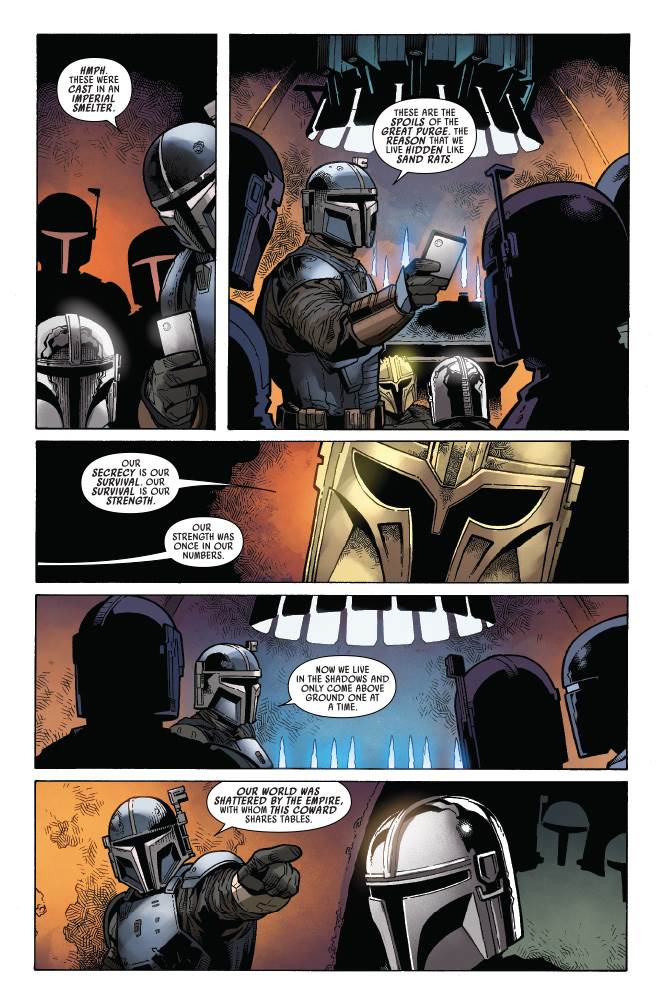 I’ve made this observation before, and I’ll probably keep mentioning it as reviews of the series continue, but your enjoyment of this comic book is going to depend entirely on your desire to revisit these stories in another medium. Do you like the idea of reading through episodes of a great Star Wars television series adapted with very cool-looking comic art? If so, then I’d recommend picking up this title, either in its current individual issue form or later on when it inevitably gets collected into a trade paperback. As for me, this is probably not something I would have picked up if I weren’t reviewing it for this website, but I absolutely don’t regret it. I mean, I’m going to rewatch The Mandalorian seasons one and two (not to mention The Book of Boba Fett) before season three begins in 2023, but this comic run is another great refresher course for the series as well. Does it absolutely need to exist, and can you get by as a fan without it? No and yes, in that order. But if the artwork contained in these sample pages appeals to you, I’d say give it a shot. Or maybe use it as a way to get kids who are more into comics than TV (Do kids like that exist anymore?) into Star Wars or The Mandalorian itself. 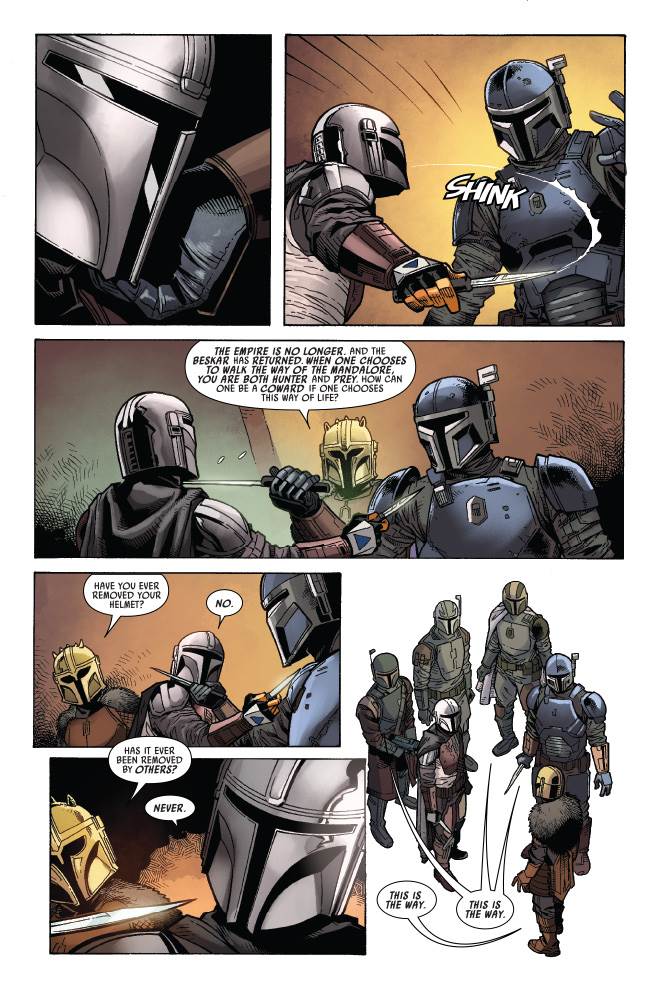 Star Wars: The Mandalorian #3 is available now wherever comic books are sold.