In 2018, Marvel’s Black Panther redefined what a superhero movie could be and the cultural impact one could have. Since then, the film’s characters have made several appearances in the MCU, furthering their lore and their connection to the culture. And of course, the tragic passing of Chadwick Boseman, the film’s star, in 2020, deepened the sense of love and family among not only the cast and creators of the film, but also the fans who flocked to theaters to see it multiple times.

All of that has led to the making of this highly anticipated sequel: Black Panther: Wakanda Forever. The latest addition to the Marvel Cinematic Universe is not just another step in this epic story, but it’s a beautiful and powerful journey for the beloved characters and those who made this film happen.

Wakanda Forever wastes no time in paying tribute to Boseman. The face of the fallen king is found in murals in Wakanda, as seen in the film’s trailer. Writer and director Ryan Coogler did a brilliant job of telling a compelling story while also taking time to honor the late actor in threads that run throughout the film like the vibranium veins of Wakanda itself.

This, of course, leads to an incredibly emotional journey for the audience. Moments that would be silent will instead be filled with the sounds of sniffling in theaters around the world. The film is loaded with powerful, moving moments that will both send chills up your spine and make you want to stand and applaud. Whether it’s for the characters in the film or the triumph of the actors who made it, there is plenty to celebrate and plenty that will bring you to tears.

Make no mistake though, Wakanda Forever can absolutely stand on its own as well. Coogler has created a brilliant original story that, while it is obviously inspired by the rich history of Marvel Comics, gives us fresh twists on some classic characters. The story may not deliver the same cultural impact of the first film – because that is a very high bar to set – but it will certainly speak to some of its audience in more ways than one.

One big reason this film will have such an impact is the incredible performances of its cast. Letitia Wright is nothing short of perfect as she steps out of the shadows of being the younger sibling and sidekick and into the spotlight. The raw emotion she puts on the screen allows us to feel for both actor and character as she delivers more than one of those tear-jerking moments.

Wright is flanked by an amazing cast of both accomplished MCU veterans and newcomers getting a chance to showcase their talent. Angela Bassett threatens to steal the show in the early going, before Wright really gets the chance to shine. Other returning favorites like Danai Gurira, Lupita Nyong’o and Winston Duke don’t miss a step reprising their beloved roles and once again deliver memorable performances.

Newcomer Tenoch Huerta steps into the MCU in the role of Namor, bringing the character to life in a big way. He fills the shoes (er… winged-feet) of the larger than life character in a way that proves he belongs in this universe. Mabel Cadena and Alex Livinalli join Huerta to help bring Namor’s people to the MCU, matching his performance every step of the way. Dominique Thorne also shines as she introduces us Riri Williams, who is sure to be a crowd favorite as we await her own Ironheart series on Disney+. 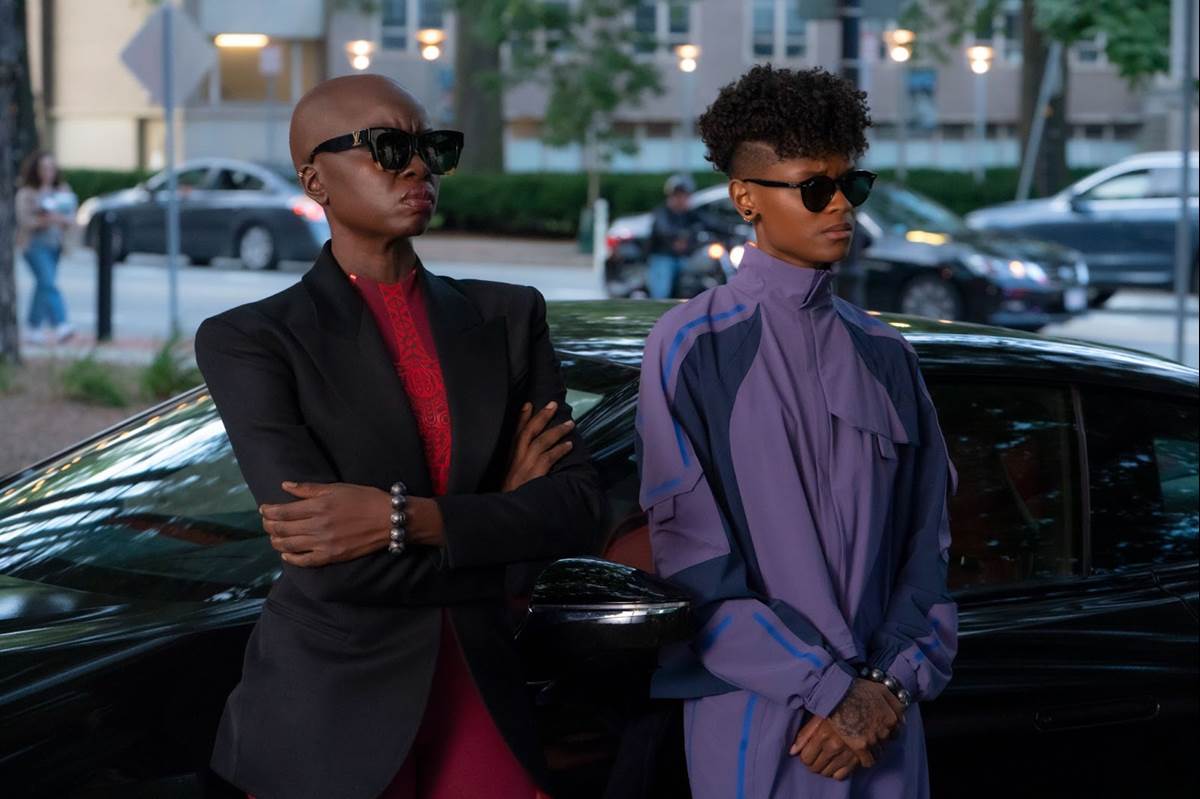 As is typically the case with Marvel films, it does take the opportunity to differentiate itself from the comics on which it is based. Marvel Comics fans will likely be disappointed or frustrated with some of these minor changes, but they are made in a way that will allow more people to connect with this story. And if we’ve learned anything from the MCU in the past, it’s that the door is always open for more changes to come in the future.

Wakanda Forever may not have the impact on the larger MCU of some other upcoming projects, like say Ant-Man and the Wasp: Quantumania, but it will obviously have some. The film introduces several new characters and offers plenty of surprises that set up some very interesting things for the future of the franchise.

Overall, Black Panther: Wakanda Forever is powerful and incredibly emotional. It goes without saying that audiences should be approaching this film differently from any other Marvel film to date because of everything that has occurred leading up to its creation. Every obstacle was thrown at this cast and creative team and still they managed to deliver a film that stands on its own as incredibly entertaining while also paying tribute to Boseman. It’s as well acted as any other Marvel film and it sets up an exciting future for these characters. Grab your tissues and prepare yourself for an emotional journey as you head to the theaters for this one.