Back in January of this year, Apple TV+ debuted the first fun-filled season of its incredibly well-crafted reboot Fraggle Rock: Back to the Rock from The Jim Henson Company. And now, the creators of the new series have followed up that season with a holiday special episode entitled “Night of the Lights.” 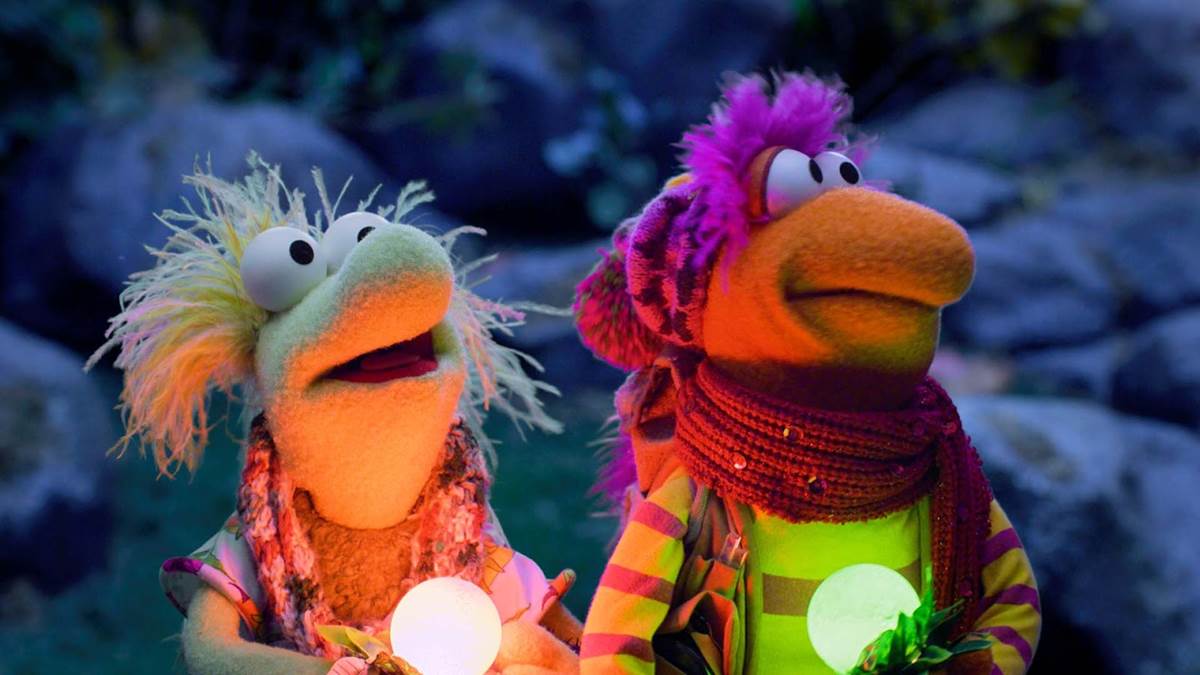 In the tradition of holiday specials dating back decades to the early days of television, “Night of the Lights” sees the Fraggles celebrating their own version of the winter solstice observations– marking the darkest night of the year by lighting up Fraggle Rock with hundreds of multi-colored lights. 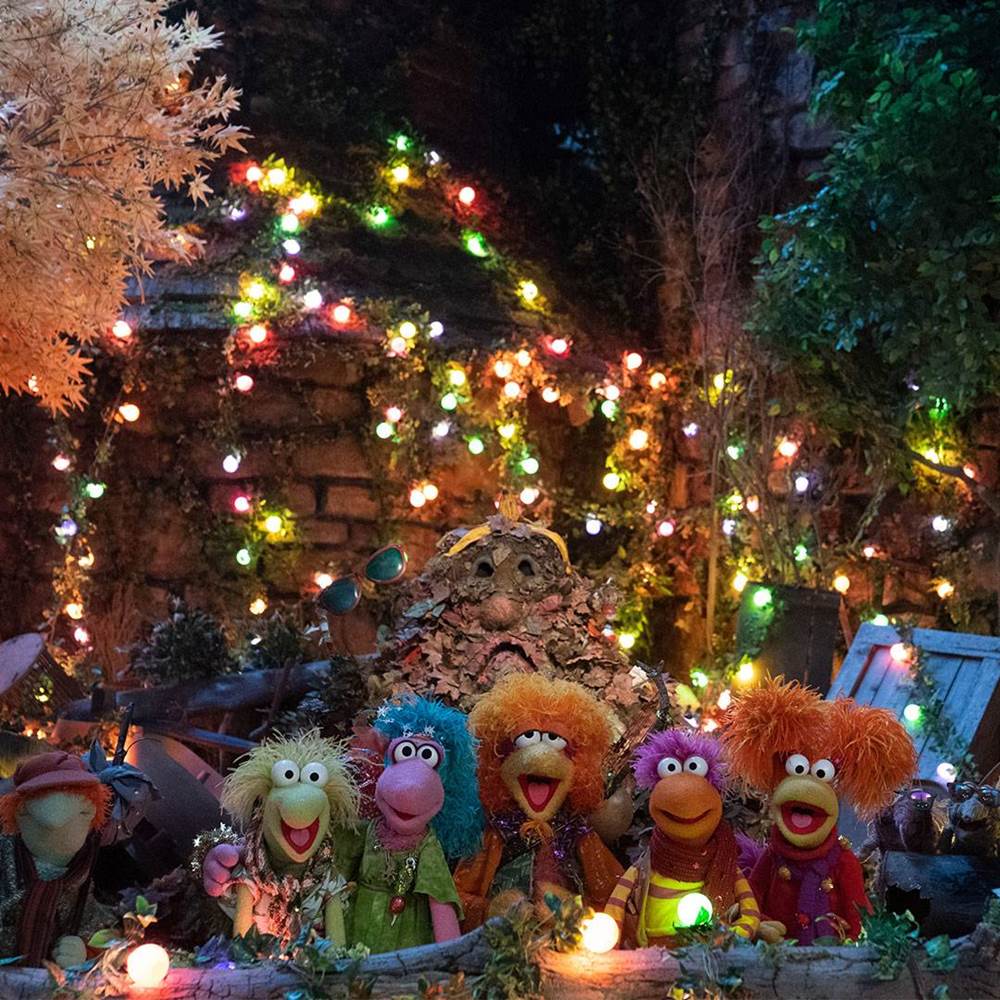 But it wouldn’t be a holiday episode if there weren’t some kind of conflict to overcome. In this case, Red Fraggle (performed by Karen Prell) has forgotten to get a gift for her best friend Mokey (Donna Kimball), and what makes things worse is that Mokey’s gift to Red is even more thoughtful and considerate than usual. Meanwhile, the World’s Oldest Fraggle (voiced by Dave Goelz with puppeteering by Frank Meschkuleit) regales the other with a tale of the brightest, most beautiful light he’s ever seen. This prompts a hilarious flashback to when the elderly character was the World’s Youngest Fraggle, and then inspires our various protagonists to go off in search of this mystical light. So we join Gobo (John Tartaglia), Wembley (Jordan Lockhart), Boober (Goelz / Meschkuleit) and the rest as they travel outside of Fraggle Rock, through the garden of the Gorgs– where Red seeks help from Marjorie the Trash Heap (Aymee Garcia)– and toward a mysterious goal. We also check in on Uncle Traveling Matt (Goelz again), who visits the homes of the “Silly Creatures” in “Outer Space” (what he calls humans in the above-ground world) to see how they celebrate the holidays.

Matt assumes all the families he observes are honoring Night of the Lights, but really he’s getting a taste of Diwali, Hanukkah, Christmas, Kwanzaa, and other traditions. And speaking of traditions, I could absolutely see this Fraggle Rock: Back to the Rock holiday special becoming an annual viewing necessity for fans of Jim Henson’s creations. The visuals– like in the series that preceded it– are absolutely gorgeous, and the songs (performed with the help of guest star Daveed Diggs as Jamdelin) are toe-tappingly catchy and definitely memorable. When I was a kid, I always associated Henson’s Muppet characters– and back in those days the term “Muppet” included both Fraggle Rock and Sesame Street– with the holidays, likely because of TV specials like the beloved Emmet Otter’s Jug-Band Christmas and Muppet Family Christmas. And now it pleases me to no end that a whole new generation of Fraggle fans will have their own warmhearted holiday special to revisit during this time of year. With brief appearances by Lili Cooper as Doc and her dog Sprockett (Tartaglia), not to mention those industrious Doozers and the giant Gorgs themselves, this may be the definitive way to spend the holidays in the world of Fraggle Rock.

Fraggle Rock: Back to the Rock – “Night of the Lights” will be released Friday, November 18th, exclusively via Apple TV+.