The holidays are here and the Firebuds are getting into the spirit! Disney’s newest preschool series is called into action as a part of Disney Junior’s Magical Holidays, with a new episode streaming today on DisneyNow, broadcasting tonight on Disney Channel (7/6c pm) and coming to Disney Junior on Friday, December 2nd, at 10:30/9:30 am. With Firebuds offering up so much diversity, this episode focuses on Bo and the two holidays celebrated in his home, Hanukkah and Christmas. 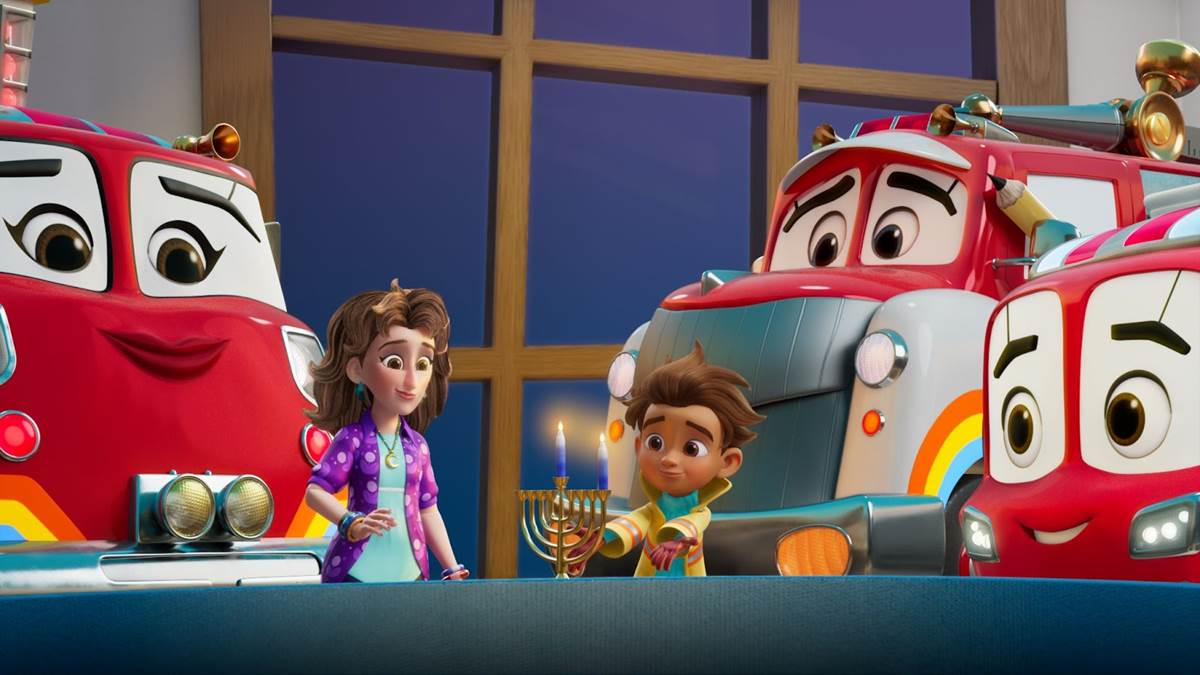 First up is “Hanukkah Hullabaloo,” which finds Bo and Flash trying to help decorate the house for the eight-night celebration of lights. However, when a giant dreidel decoration rolls away, all of the Firebuds will have to come together to help make things right. From learning the story of Hanukkah to how the holiday is celebrated, this episode is both fun and educational. The second story is called “The Christmas Car-Sled Race.” Bo’s father Bill is of Filipino descent and grew up with traditional parol star lanterns as part of his Christmas traditions. When he becomes nostalgic over the parol prize in the town’s car-sled race, Bo becomes determined to enter and win the race for his dad. Oh yeah, and the other Firebuds are all competing, too!

With both episodes centering on Bo, it should be no surprise that Melissa Rauch (The Big Bang Theory) and Lou Diamond Phillips (Elena of Avalor) reprise their recurring guest star roles as Bo’s mom and dad, Beth and Bill Bayani. Melissa Rauch gets to speak Hebrew during a sequence where she lights the menorah, while Lou Diamond Phillips helps teach viewers about how other cultures put their own unique traditions on Christmas. In addition to Hanukkah and Christmas being prominently displayed in each story, the world of Firebuds also incorporates Kwanza. Each story also includes a new song from series songwriter Beau Black – “Hannukah is Here” (now available on music streaming services) and “The Perfect Gift.”