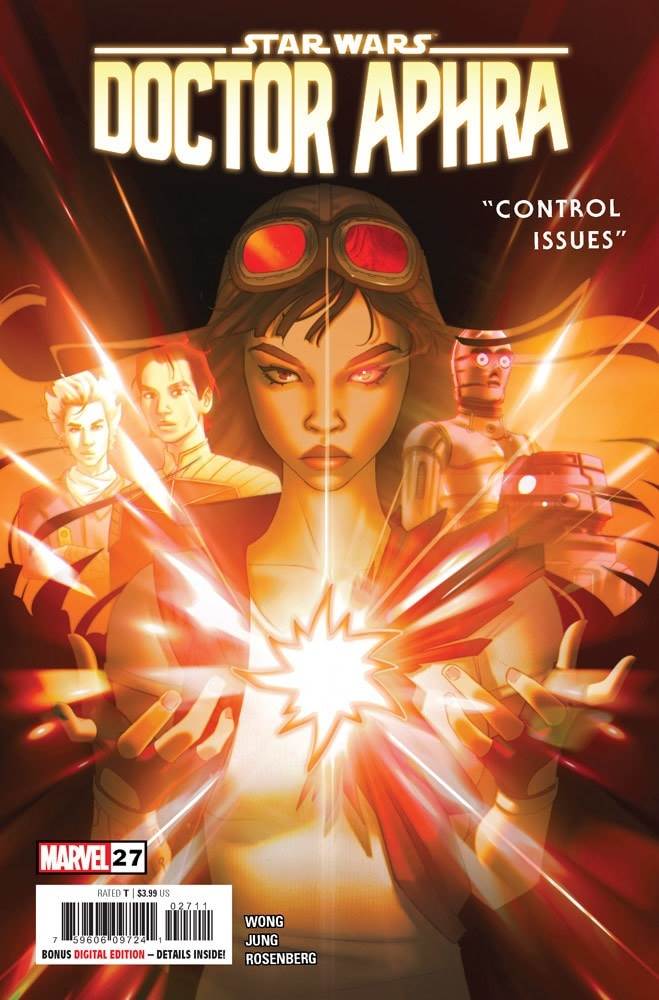 It’s kind of amazing that with a whopping five new Star Wars comics having come out this week, only one of them takes place in the period between the events of The Empire Strikes Back and Return of the Jedi, which is when the bulk of Marvel’s ongoing titles from A Galaxy Far, Far Away are set.

In issue #27 of the second volume of Star Wars: Doctor Aphra from Marvel Comics, the title character still finds herself trapped within her own mind as the ancient artificial intelligence known as the Spark Eternal retains control over her body. But Doctor Aphra #27 begins with writer Alyssa Wong checking in on the crew of Sana Starros’s ship the Volt Cobra, which was destroyed by the Spark Eternal in the cliffhanger ending of the previous issue. Sana and company survive, of course, and they are rescued by the assassin Just Lucky and his compatriot Aroile Yu. They’re taken back to Canto Bight, where the recently revived Ronen Tagge demands that in exchange for saving their lives via his high-tech bacta tanks, they bring him the Spark. Starros ultimately turns down his offer, and instead proposes that they assassinate his aunt Domina Tagge in the service of Crimson Dawn. Meanwhile on the Ark Angel IV, the Spark is experiencing some discomfort due to a virus it contracted from interfacing with Aphra’s “evil murder droids” Triple-Zero and BT-1. Inside Aphra’s brain, Chelli negotiates with the Spark for a release from her mental prison. Then on an unnamed planet that we’ve also seen in Marvel’s Star Wars: Hidden Empire miniseries, Kho Phon Farrus begins to get fed up with working on the Fermata Cage with the Archivist, and steps away to send a message to archaeology student Detta Yao. 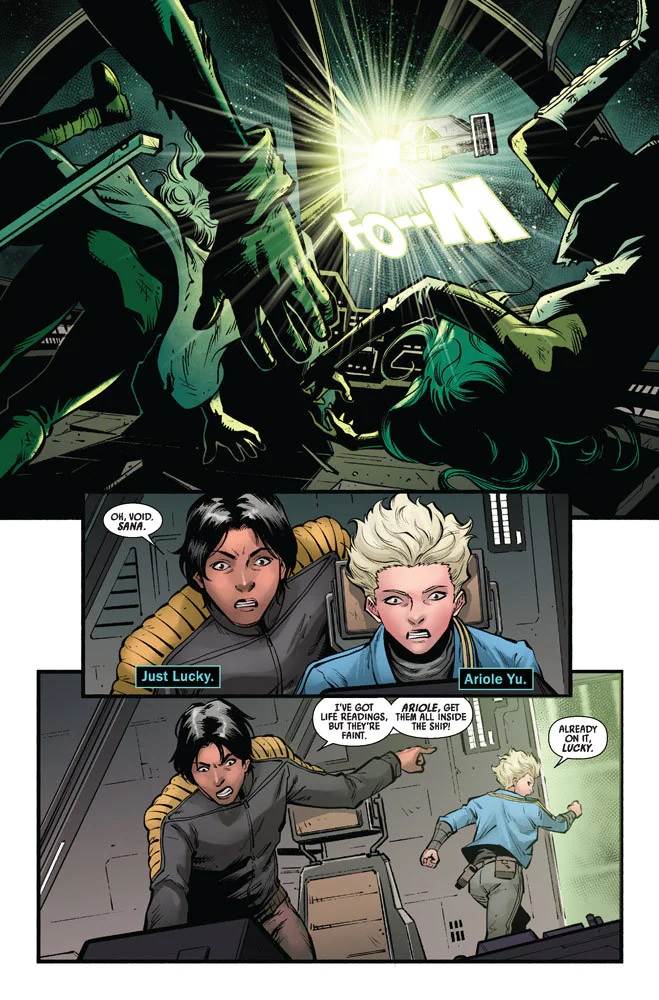 I have to admit that at this point I’m a little confused as to what Crimson Dawn’s goals are when it comes to the Fermata Cage. At first I was under the impression that they wanted to use it to resurrect a long-dead Sith Lord named Darth Momin, but in this issue it’s stated that the Cage’s intended purpose is to entrap Emperor Palpatine. I should probably go back and reread the Star Wars: Revelations one-shot and the first two issues of Hidden Empire to make sure I have things straight. Regardless, I’m enjoying the tangled web Wong is weaving in Doctor Aphra, and I like the direction things are going with both the Tagge subplot and the main story concerning Chelli and the Spark Eternal. The writer has settled into a nice, fruitful collaboration with artist Minkyu Jung and colorist Rachelle Rosenberg, it’s great to have the delightfully devious Triple-Zero and BT-1 back in the mix, and all that combined means this title remains one of Marvel’s most consistently reliable sources of Star Wars fun.