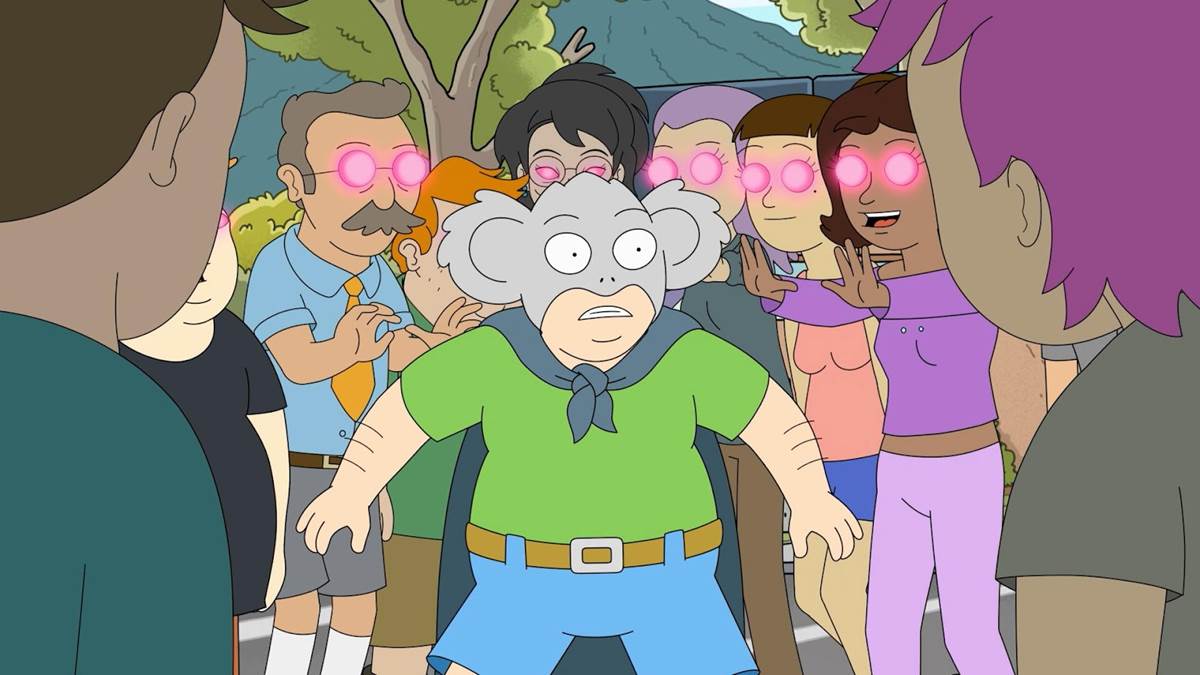 Let’s face it– there are a lot of animated sitcoms targeted at adults these days, so much so that it can sometimes be difficult to tell them all apart from one another. With that in mind, whenever a new series of that genre makes its debut, the question becomes “What makes it stand out from the rest?’

At first glance, Hulu’s new show Koala Man shares a lot of DNA with others of its ilk. Creator Michael Cusack (of Adult Swim’s Smiling Friends and Yolo: Crystal Fantasy) has cited South Park, Futurama, and The Simpsons as influences, and there’s noticeable overlap between the approaches to humor and world-building between this series and all of those adult-animation mainstays. But where Koala Man makes a name for itself is in the specifics, both in its location and in its protagonists. 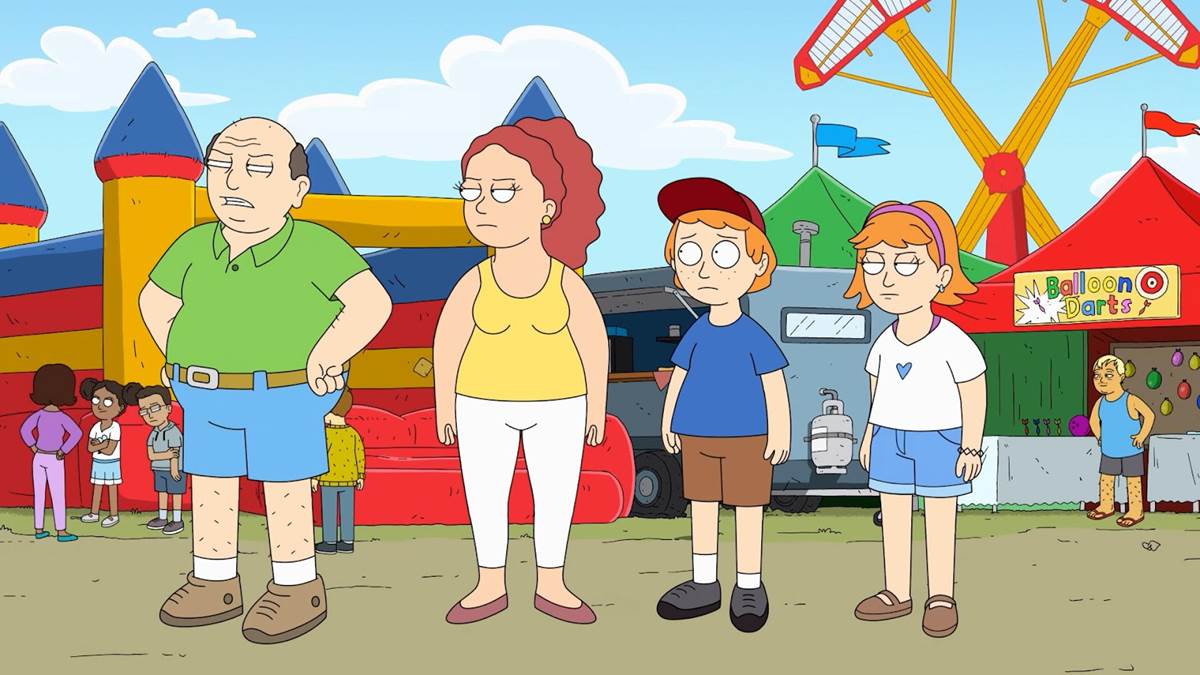 In Koala Man, Cusack lends his own voice to the main character Kevin McKay, an average suburban dad who spends his free time dressed in a cape and a koala mask, acting out a vigilante fantasy in his hometown of Dapto– a real-world suburb of the coastal city of Wollongong in Australia. The twist here is that while Koala Man believes himself to be the beloved savior of his community, nobody really respects him, up to and including his bored, dissatisfied wife Vicky (Succession’s Sarah Snook), his power-hungry teenage daughter Alison (Demi Lardner from the Australian sketch-comedy series Open Slather) and his geeky son Liam (Cusack again). Australian megastar Hugh Jackman (X-Men’s Wolverine, if you weren’t aware) voices Kevin’s day-job boss, a beefy Crocodile Hunter-style video personality who barely knows his put-upon assistant exists, let alone that he’s a makeshift superhero. And Flight of the Conchords’ Jemaine Clement plays Koala Man’s nemesis the Kookaburra, who taunts the hero throughout the first season until finally making his plans– not to mention secret identity– known in the finale. What I liked most about Koala Man is how it draws upon its creator’s small-town Australian roots and takes advantage of Dapto’s local culture, which (underneath the presence of various wildlife like kangaroos and emus) feels kind of like an alternate-universe version of suburban America. Watching this series I learned what a “showbag” is, discovered the popularity of Australian handball, and chuckled at the concept that since their timezone is so many hours ahead, Daptonians are able to call other parts of the world and warn them of impending disasters– like the Titanic sinking in 1912– in order to change the future. During his adventures over the eight episodes in season one, Koala Man encounters an evil Australian kids’ musical group obviously parodying the Wiggles, confronts something called “Tall Poppy Syndrome,” and fights in a follow-up to the Great Emu War of 1932 (the show invites us to look it up on Wikipedia, as it’s a real thing that actually happened) with the emu king voiced by The Matrix’s Hugo Weaving, another star from “Down Under.” This is all wonderful use of the series’ setting and a great example of how “writing what you know” can pay off in dividends– likely paying off in dividends for Australians who will recognize the references, but also equally fascinating for those like me in the audience from other countries. 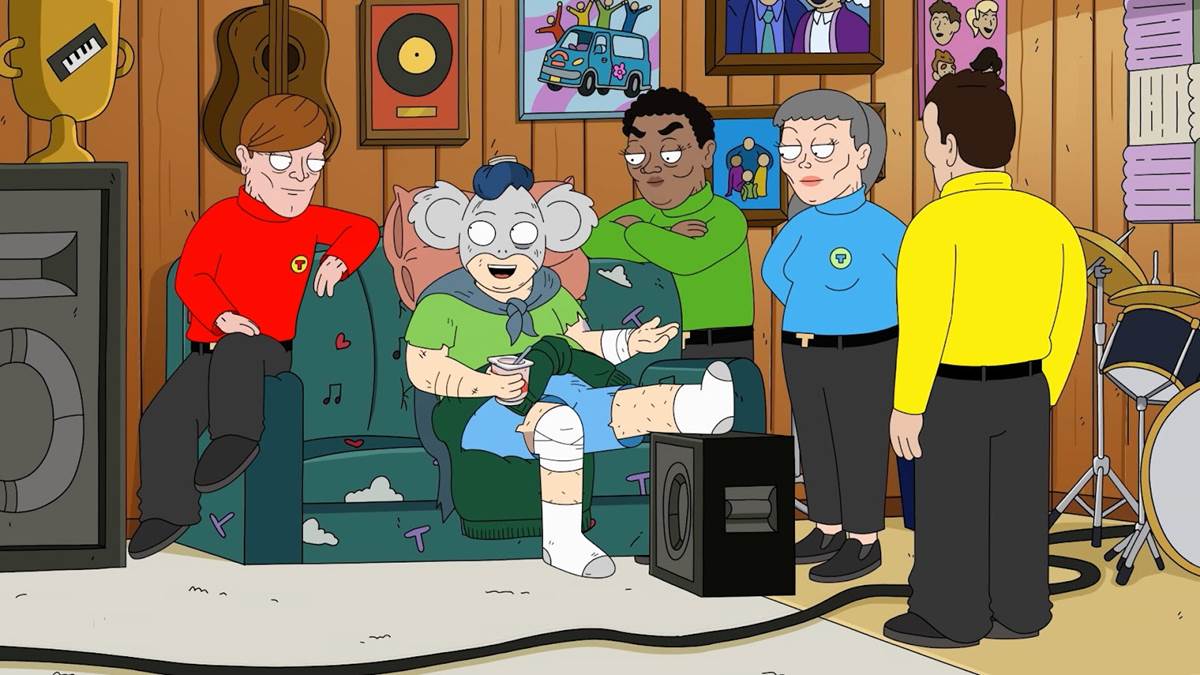 Koala Man is produced by Rick and Morty co-creator Justin Roiland (Michael Cusack was responsible for the “Bushworld Adventures” April Fool’s Day prank episode of that series, which hardcore Rick and Morty fans will remember fondly from 2018) and I’d say the not-safe-for-work level of adult humor in this show is pretty much in line with the comedy of Roiland’s other output like Hulu’s Solar Opposites. It’s definitely not intended for kids, but I could see teenagers watching it and getting a kick out of it. There are also some darker and semi-serious theme in the show, such as in the episode when we finally learn Koala Man’s origin story– SPOILER: it involves an adorable baby koala coming to a grisly end– and begin to understand Kevin’s struggle with his feelings of powerlessness and lack of purpose. Thinking back on those moments, I believe I appreciated Koala Man the most when it was a grounded, human story about a guy with recognizable issues who just so happens to live on the other side of the world. There’s plenty of pseudo-superhero antics (and otherworldly, supernatural forces) at work on top of that here, but we’ve all seen that kind of thing before. Where I connected with these characters is when I identified with them, and I hope to see more of that if this series gets picked up for a season 2. 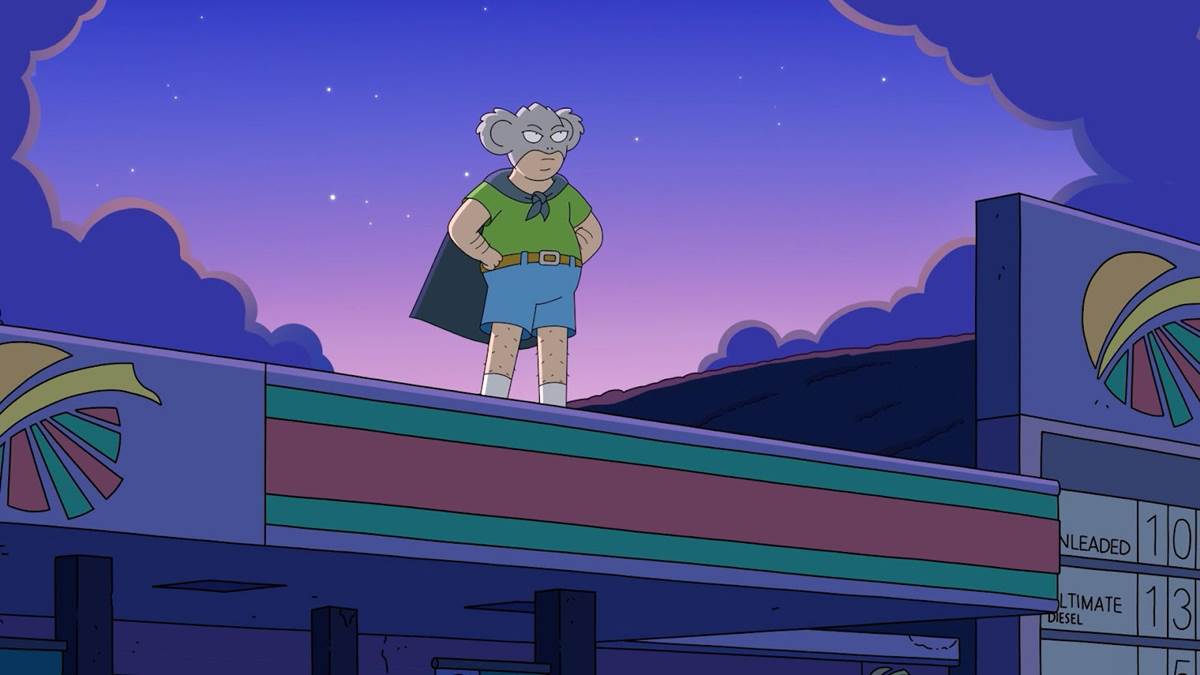