After our last dive into the world of Guardians of the Galaxy: Cosmic Rewind where we found out “Who is Eson?,” this time we’ll take a look at the history of the Wonders of Xandar pavilion, the home of the upcoming attraction. 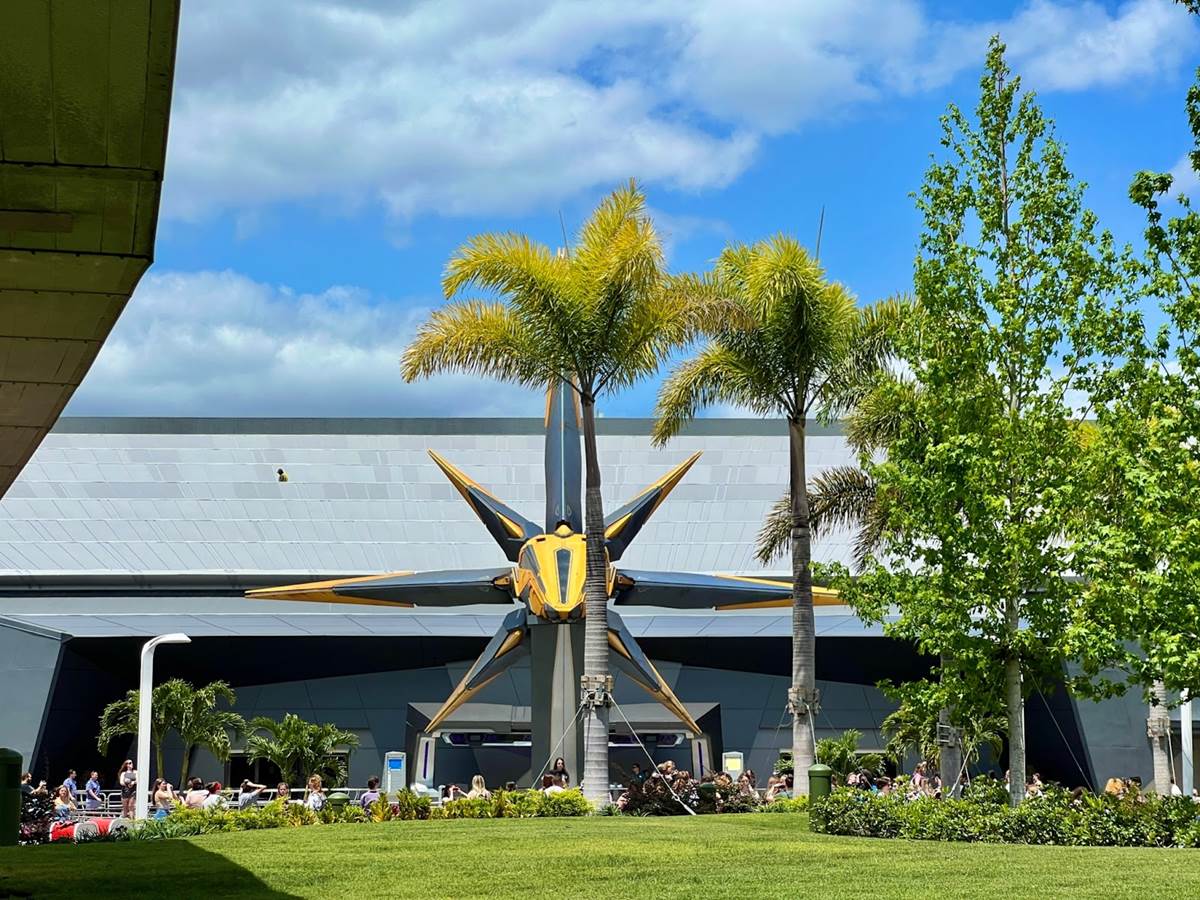 The history of soon to be home to, at least part of, Guardians of the Galaxy: Cosmic Rewind goes back to the earliest of planning sessions for E.P.C.O.T. Center even before the Universe of Energy pavilion was set. A  “solar energy pavilion” had been proposed for the park since its earliest inception but in 1978 Exxon signed on as a sponsor and the concept evolved from solar energy to a focus on all types of energy including of course fossil fuels. Though the type of energy the pavilion was focused on had changed, the concept of solar energy would go on to play a large role in the look of the building that included over 80,000 photovoltaic solar cells that covered the roof and converted the sunlight to energy to power the vehicles of the attraction. 430 ft wide, 270 ft deep, and standing 65 ft tall this massive attraction covered over 100,000 square feet and was one of the biggest attraction buildings to date (this fact will come into play a little later.) The original version of Universe of Energy was very much a product of its time, giving guests a 45-minute experience and can now be looked back upon as being one of the pennicals of Disney edu-tainment. 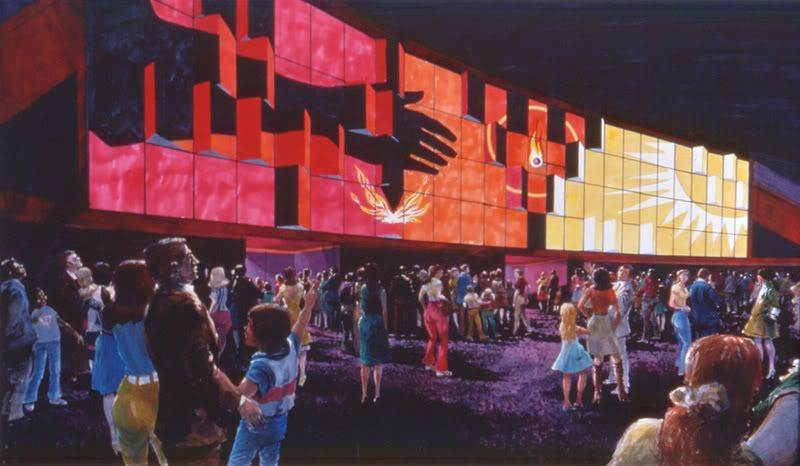 The attraction began with a spectacular 9 minute pre show designed by Czech film director Emil Radok, taking place on over 100 computer controlled three-sided rotating panels Kinetic Mosaic would be an attraction by today’s standards. Setting the stage for the rest of the attraction it told the story of energy in all its different forms and concluded with one two original songs created for the attraction, “Energy (You Make the World Go ‘Round).” Guests exited the pre show to board one of 6 of what could be credited as Disney’s first trackless attraction, the “traveling theater” attraction vehicles were a massive breakthrough carrying hundreds of guests each by a single wire in the ground that would track the movement though the rest of the building. Once guests boarded the vehicles, the entire set of cars rotated 180 degrees to see the first film depicting the first life forms on the planet  and how they captured the energy of the sun which would lead to the creation of fossil fuels. For most guests, the next segment was truly the highlight of the nearly 40 minute ride: the primeval forest. Borrowing heavily from the Ford’s Magic Skyway attraction at the 1964/65 New York World’s Fair and the Rite of Spring segment from Fantasia, this diorama consisted of over 35 different audio-animatronics depicting creatures from early Jurassic into the Cretaceous period. Very similar to the Primeval Diorama along the Disneyland Railroad, guests would see a brontosaurus family towering over them, a stegosaurus fighting an allosaurus, along with an elasmosaurus emerging from a pool to attack passing cars. 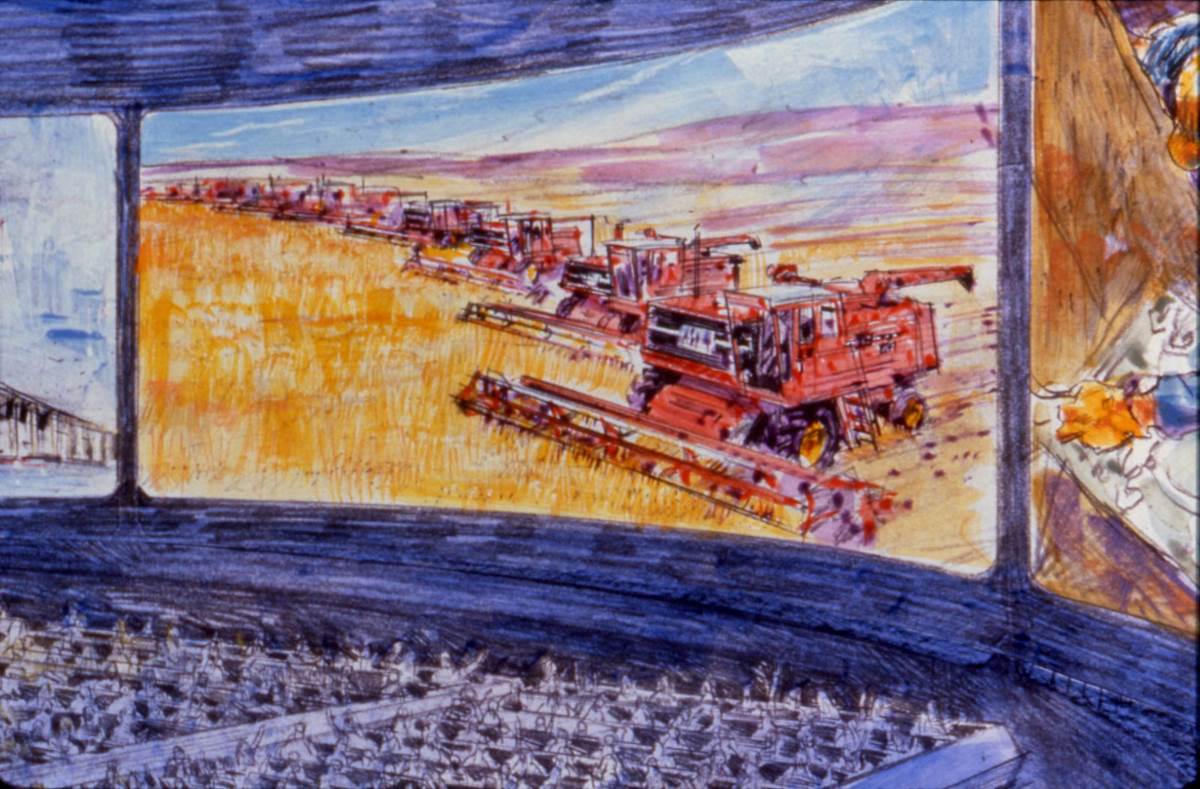 Once the cool part was over it was on to another theater for the second film, this time showing current and future energy resources at that time as well as giving the information about the cells on the roof and how they charge the vehicles the guests are riding in. The original Universe of Energy while pointing an eye to the future of energy, such as solar and even nuclear, this pavilion was presented by Exxon so the main focus was all about how good petroleum and crude oil is and how great the drilling and mining of coal was with a highlight of how they were thinking of the environment. Now that we have gotten the good feels of how a oil based company was looking at the best way to provide us with a safe alternative energy source the vehicles move back into the load theater to a laser rock concert in the round set to the second original song of the pavilion “Universe of Energy” that will keep everyone humming right to the first gas station to fill up with that Exxon gas.

If you want to learn more about the Universe of Energy and see the full attraction check out the video below. Now before, we move on the the second resident of this building, I would be remiss if I didn’t point out the fact that one of the early ways to get kids interested in the Universe of Energy attraction was to create a comic book. Just one of those things that as we look at where this ends is just a funny coincident. EPCOT Center had started transforming into just Epcot in the mid 90s, which included retheming, or even completely destroying original pavilions to appeal to more families and thrill seekers. Universe of Energy had one of the biggest stigmas to overcome of being a good place to go take a nap plus add to that over the past two decades much of the information has become scientifically inaccurate, it was clearly time for a change. Sadly, instead of starting over with a new concept the powers that be decided to add some celebrity star power in the form of Ellen DeGeneres. Ellen was in the middle of a hit ABC sitcom, Ellen and was a household name, but add in Alex Trebeck as the host of Jeopardy, Bill Nye the “Science Guy”, and “Stupid Judy” herself Jamie Lee Curtis you had a all star lineup. 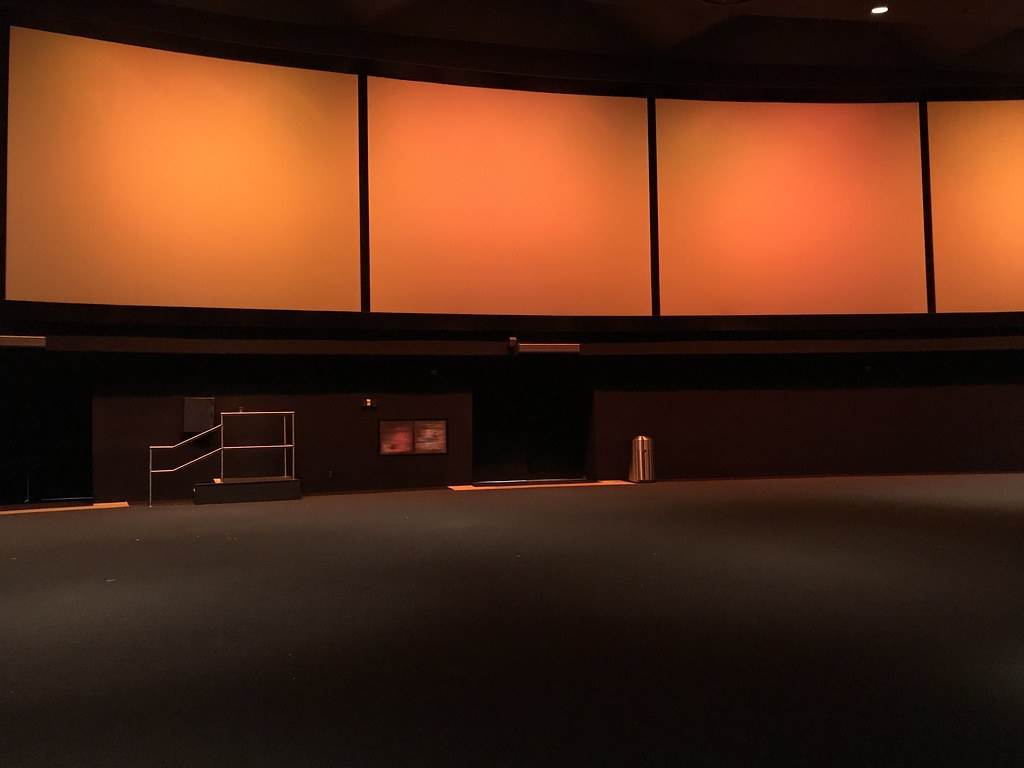 Gone was the amazing Radok pre-show with its moving panels, replaced by Ellen talking about her Energy Nightmare. In brief Ellen is watching her favorite show Jeopardy, after seeing her old collage roommate “stupid Judy” who is now a professior of energy at Princton Universerty on the game and as we all know when someone falls asleep watching TV they are going to have a… no not a crick in the neck but a dream sequence. Ellen’s dream was competing against “stupid Judy” and Albert Einstein on a nightmare version of Jeopardy with all the topics based on energy. While the films had been changed out the ride kept the exact same timing and layout of the previous incarnation. The first theater started with Bill Nye and Ellen going back to before the big bang then we witness the birth of the universe, a very impressive film with some great CGI for its day, it was a perfect set up for the trip through the primeval diorama. Added to fit the story of Ellen being lost in the primeval forest, the AA was positioned to be fighting the elasmosaurus as guests passed by. As someone who saw the figure from the very beginning I can say without a shadow of a doubt that when it was removed from the attraction in 2014 it was not missed. 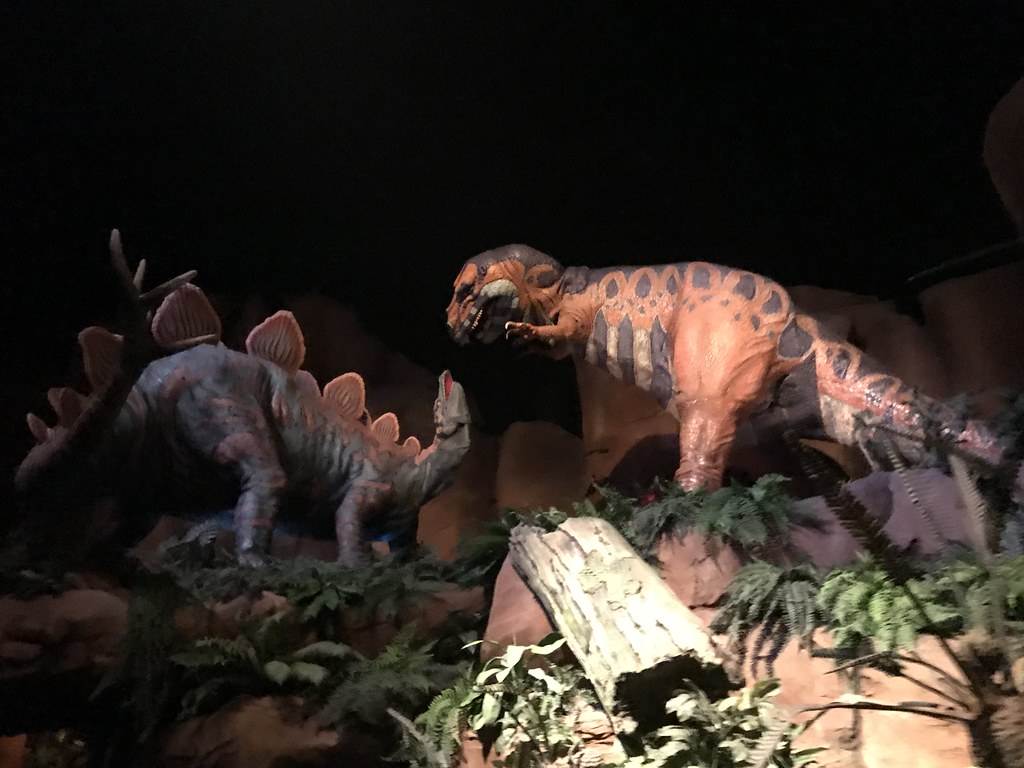 The adjustment to the lighting and the effects in these scenes really was the highlight of the update to the attraction. Once you have passed the dinosaurs, guests pulled into the two theaters, guests were welcomed with news report from the fictional K-NRG report through the millennia including updates by the voice of everyone's favorite weather reporter Willard Scott. As the final vehicles moved into position the next film started with Bill giving Ellen a crash course in where energy comes from, where it is going to come from, and how to use it more wisely. As opposed to the original film this one focuses on all forms of energy and their pros and cons including a look at coal and crude oil and talking about its impact on the environment without making it sound like it will always be there. Now that Ellen has learned all about energy it is time for the Double Jeopardy and she racks up enough money to tie with Judy leading into Final Jeopardy question, “This is the one source of power that will never run out.” 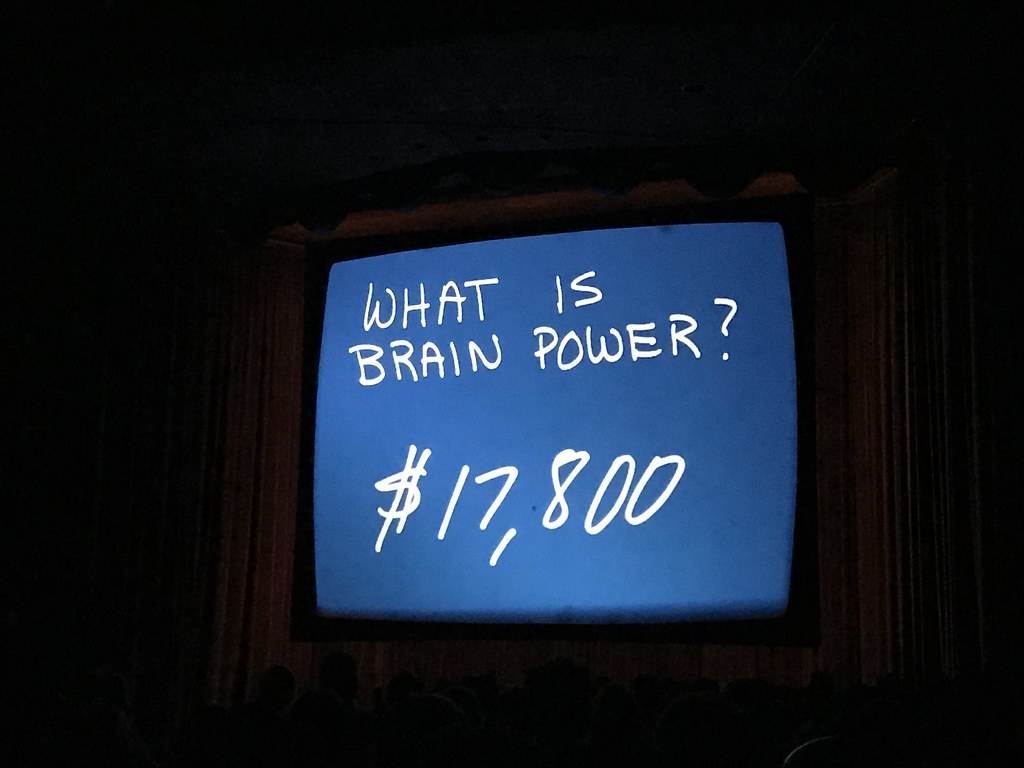 Moving into the load/unload area, the next film starts as the game wraps up where we start with Judy who loses everything because she believes there is no answer, Ellen wins the game by betting everything and knowing the real answer is Brain Power. Now that Ellen’s dream is over it is time for guests to wake up themselves and head out to see if they missed that Florida afternoon rain storm during their 45 minutes inside. This was really one of the last true EDU-tainment attractions and while I wouldn't ride it every visit to EPCOT it was always a must do, even when I didn't need a nap. In July of 2017 it was announced that Ellen’s Energy Adventure would close later that year to make way for a Guardians of the Galaxy themed attraction. Guardians of the Galaxy: Cosmic Rewind

As we jump nearly five years from the closing of Ellen’s Energy Adventure, we take a look at the soon to be open Cosmic Rewind attraction. Zach Ridley and the team of Imagineers have been working to transform part of this opening day attraction into the E Ticket attraction we have been hoping will make it into EPCOT at some point. 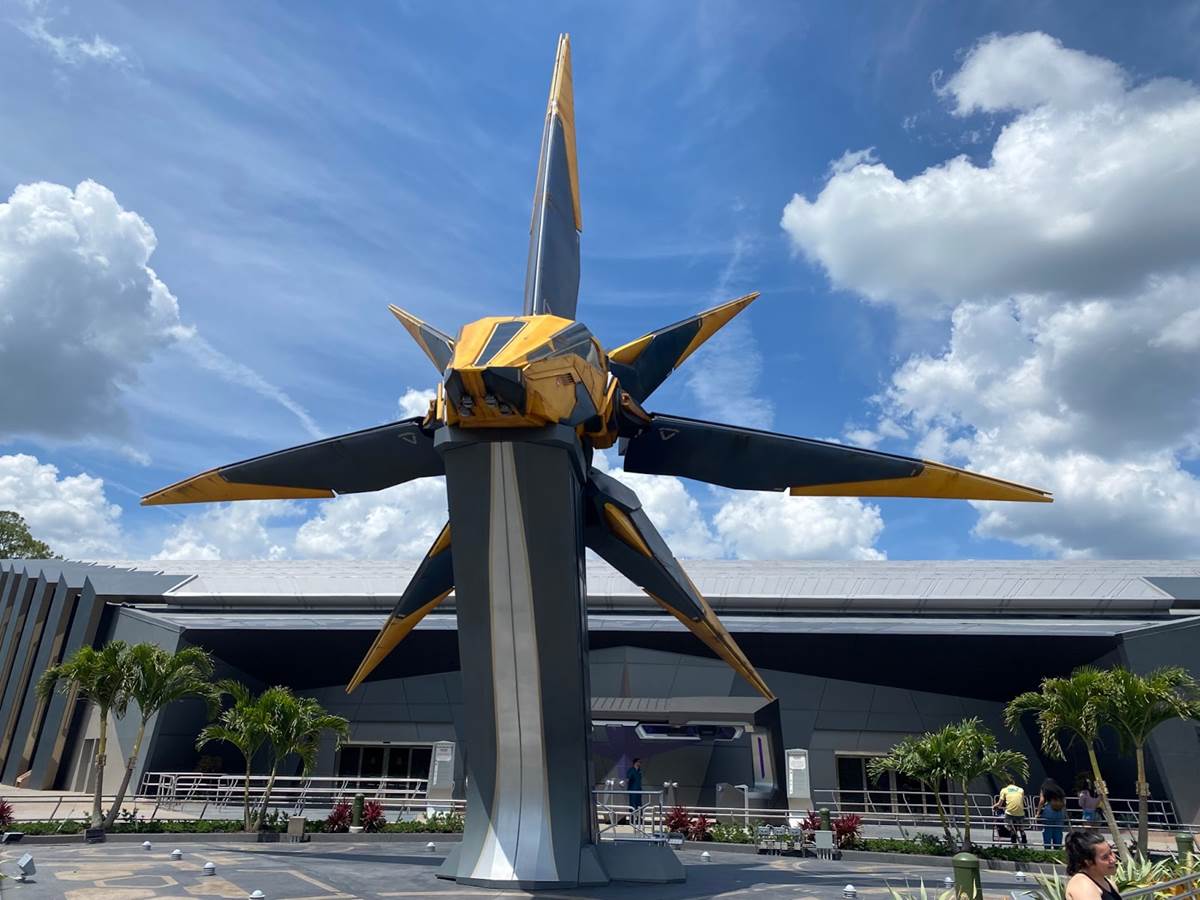 As we are still a few weeks away from our initial visit to the Wonders of Xandar Pavilion, the first “other-world” showcase pavilion at EPCOT, we can only share what we have read from the Disney Parks Blog. We know this will be one of the longest fully enclosed coasters in the world, housed in one of the largest show buildings ever constructed for a Disney theme park (it all comes full circle). We have showcased all the information that has been released HERE with more information being released almost daily the excitement is out of this world!

Next time, we are going to take a look at “What is an Omnicoaster?”