Disney Channel debuted Amphibia, a new animated series, back in June. The series follows a teenage girl who is magically transported to a land of frog people. In order to make sure this show would be a success, they needed to get the frog seal of approval. So naturally, they turned to everyone’s favorite frog: Kermit.

This new video from Disney Channel features Kermit watching the opening sequence of Amphibia and sharing his amphibious thoughts.

Kermit didn’t come alone though. When Kermit asks if what he’s seeing is a chicken or a fly, Fozzie Bear chimes in (in true Muppet fashion) “a chicken fly.”

In the end, Kermit gives his frog seal of approval to the new Disney Channel series, saying “Amphibia is a whole lot of fun, guys. Kids are going to love it!” 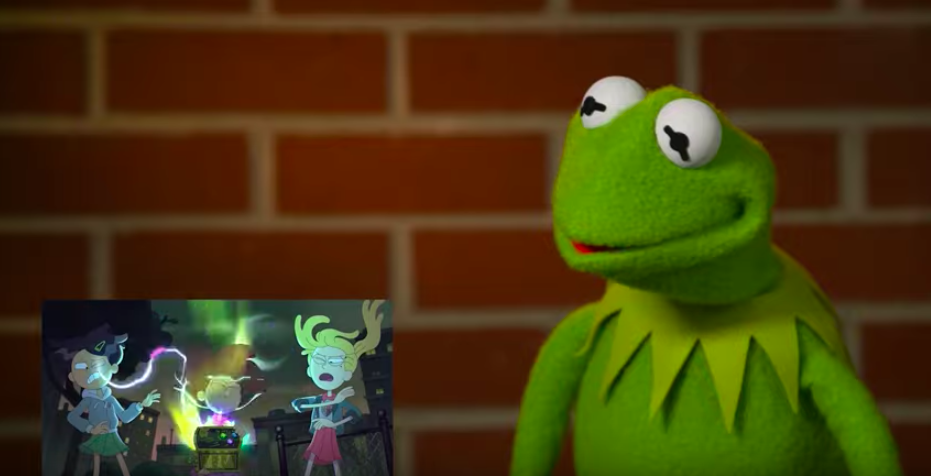 Clearly Disney Channel shares that sentiment as they renewed the new animated series for a second season before it even made its premiere back in June. Want another opinion on the new show before you watch it yourself? Check out Bekah’s review of Amphibia.