Welcome to Disney Extinct Attractions. My name is Cole Geryak, and I’ll be your sheriff on today’s unofficial trek through the Wild West. 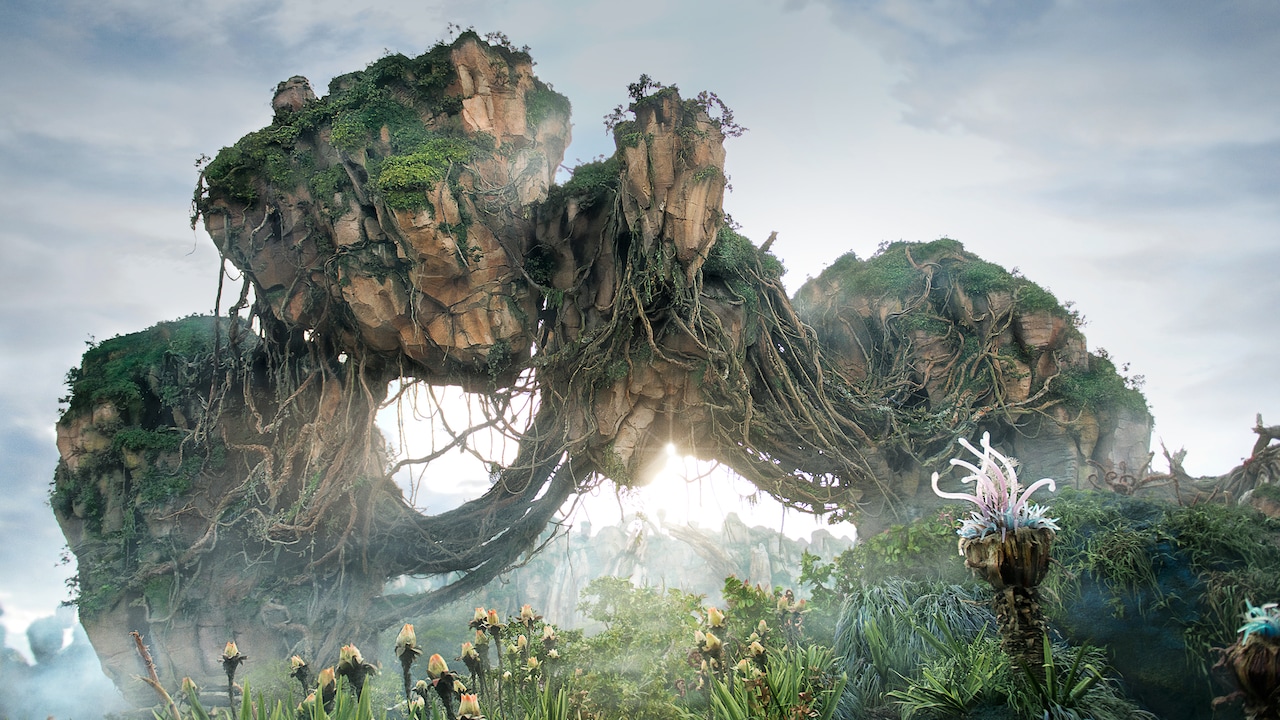 In these past couple of weeks, there has been a lot of Pandora fever because we are a little over two months away from Pandora – The World of Avatar finally opening. I have to admit, I’m not a huge fan of the movie, but I cannot wait for this land to open. The rides look amazing, and every inch of the land seems incredibly detailed. I’m already planning a trip to Disney World for January 2018, and this land is definitely going to be one of my first stops when I’m there.

Some argue that Pandora doesn’t really fit into the aesthetic of the Animal Kingdom, which is a valid point. But I feel like its conservational nature will help it fit into a park that is centered around that very idea. Now speaking of Walt Disney World, let’s jump back to the early days of the resort to view a very special attraction. 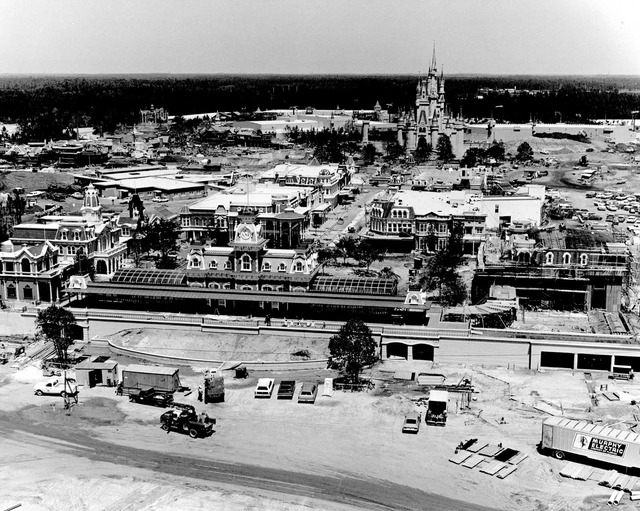 Our story begins with the very beginning of construction on Walt Disney World and the Magic Kingdom, specifically. The Imagineers behind the park wanted it to not only have the same magical feel of Disneyland, but also differentiate itself enough that guests who visited both parks would not feel as if they were at the same place. One of the most substantial differences was a lack of Pirates of the Caribbean on the park’s opening day.

The Imagineers felt that most of the allure of Pirates of the Caribbean on the West Coast was that pirates were not a part of local lore of California, so guests found themselves attracted to the attraction’s ability to shine a light on “foreign” group of individuals. However, pirates have played a role in Florida’s past, so the Imagineers felt that guests to their new resort would not be as intrigued in a Pirate-themed attraction. Instead, the plan was for Florida guests to have a similar type of attraction centered around cowboys and Indians, groups of people that carried the same sense of intrigue for East Coast park goers that pirates did for West Coastians (or so they believed). Thus, plans for Thunder Mesa and the Western River Expedition were born. 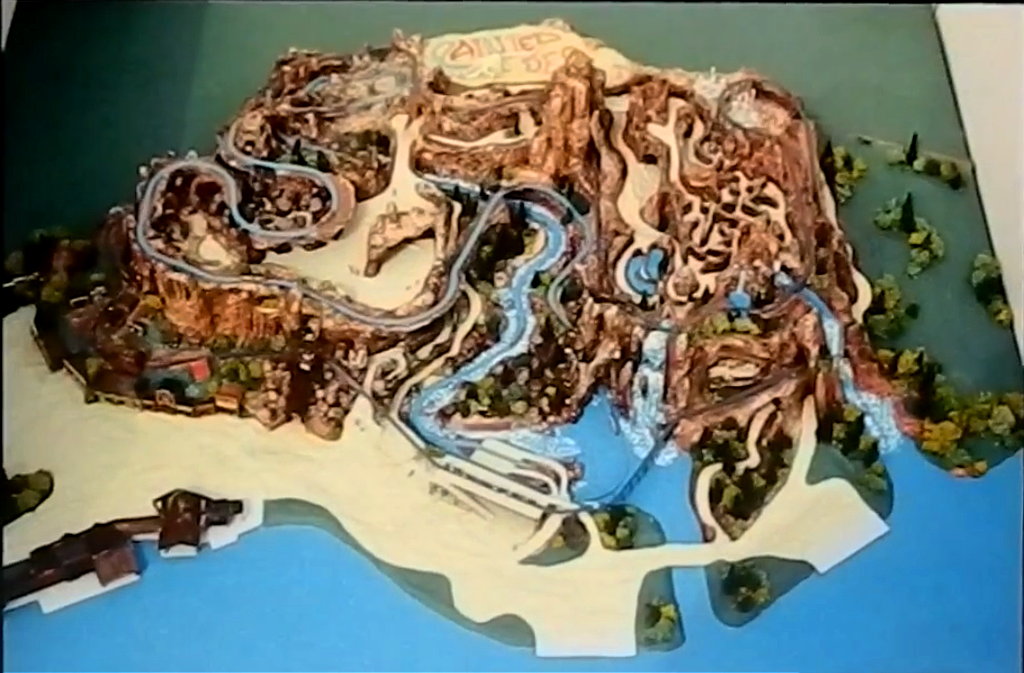 As conceived, Thunder Mesa would have been a sprawling complex along the banks of the Rivers of America, creating a giant weenie to draw more guests toward the left side of the park. The Mesa would have been unlike anything ever seen in a Disney park because it would have had four attractions built into it. Guests would be able to experience a log flume, a pack mule ride and even a runaway mine train (all of which was just on the outside of the complex). The real star of Thunder Mesa, though, was inside of the complex and was known as the Western River Expedition.

It is impossible to talk about the Western River Expedition without first mentioning Marc Davis (the Imagineer pictured above working on a model of the attraction). Davis is famous for his work in Disney animation, helping bring life to some of Disney’s finest leading ladies (Cinderella and Aurora to name a few), but perhaps even more so for his influence on the Haunted Mansion and Pirates of the Caribbean, two of Disney’s most beloved attractions. While Davis enjoyed working on those attractions, his true passion was the Western River Expedition.

Davis saw the Expedition as a chance to build upon everything that he had learned from the creation of Pirates of the Caribbean. The attraction would have much of the same feel as Pirates, with a focus on the atmosphere to carry the story along as opposed to explicitly telling guests the story outright. It was basically a western version of Pirates (even down to the boat ride), but with everything that Davis didn’t like about Pirates being corrected. So join me now as we jump on our boat, and I’ll serve as your tour guide through a “ride-through” of the attraction. (There are some discrepancies, so I’m giving a rough picture of what I found through my research.) 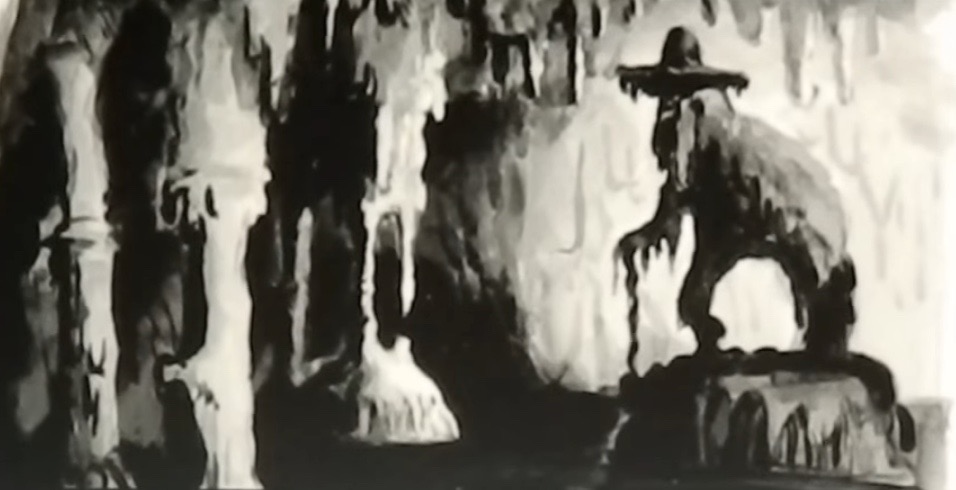 You start with a trip through some haunted caverns just as Disneyland’s Pirates of the Caribbean does. These caverns play eerie music throughout and as you progress, the stalagmites start to look familiar, forming shapes of animals and cowboys. These shapes subconsciously prepare you for the journey through the West that you are about to experience. 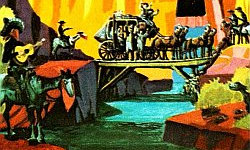 After making it out of the caverns, suddenly you encounter a stagecoach being held up by bandits who ominously jeer at you to be careful because your boat is their next target. 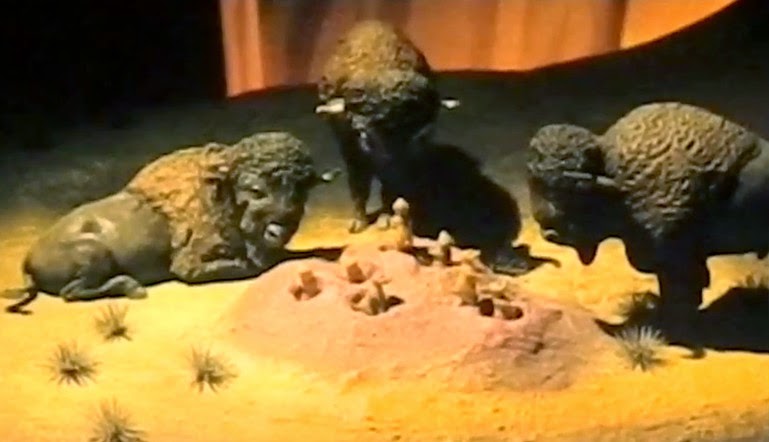 This warning in mind, you begin to travel through the prairie and are treated to a bunch of classic site gags like the ones seen in Pirates or the Haunted Mansion (a Marc Davis specialty). You see buffalos playing with prairie dogs and singing cacti as your boat continues its flowing trek.

After surviving the prairie, it is finally time to see what a good old-fashioned western town looked like, so you visit the small town of Dry Gulch (the same town in Disneyland Paris’ Phantom Manor). You get a first-hand look at the Dry Gulch citizens’ daily life, culminating in a shootout between the local authorities and some robbers. 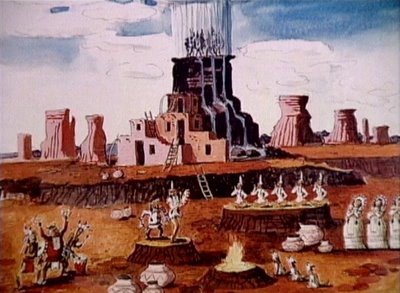 Unlike Pirates, your experience does not end with the shootout because the Old West had Indians, as well. You continue traveling along the river and see groups of Native Americans having a grand time and even get to see an authentic rain dance. 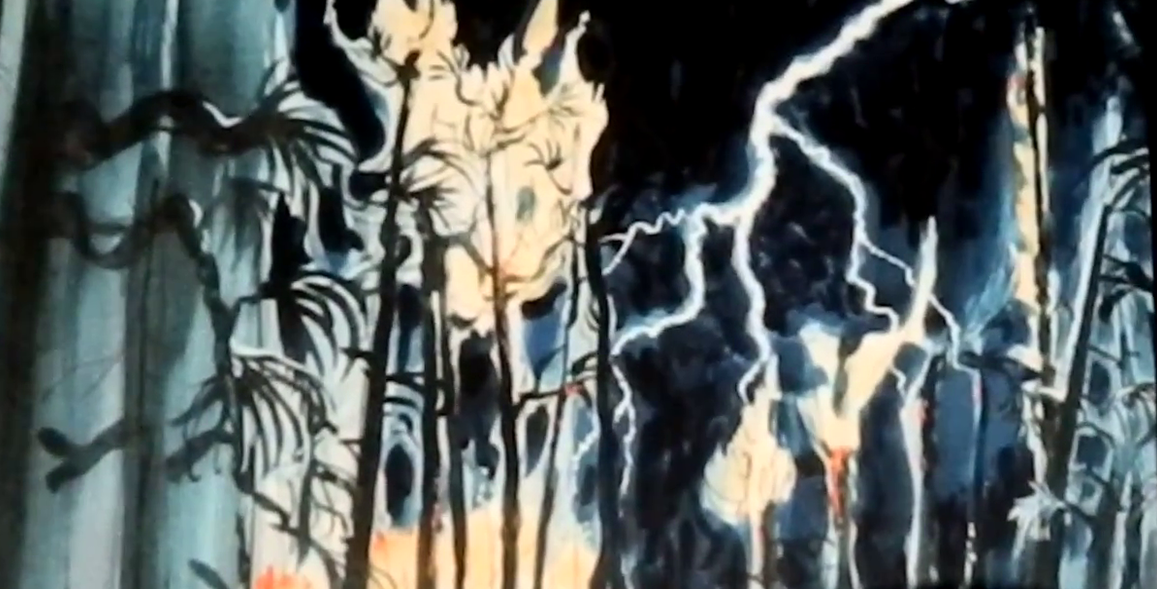 Unfortunately, the rain dance works too well, and a lightning storm strikes over the river. Look out because the trees are burning and falling all around you. 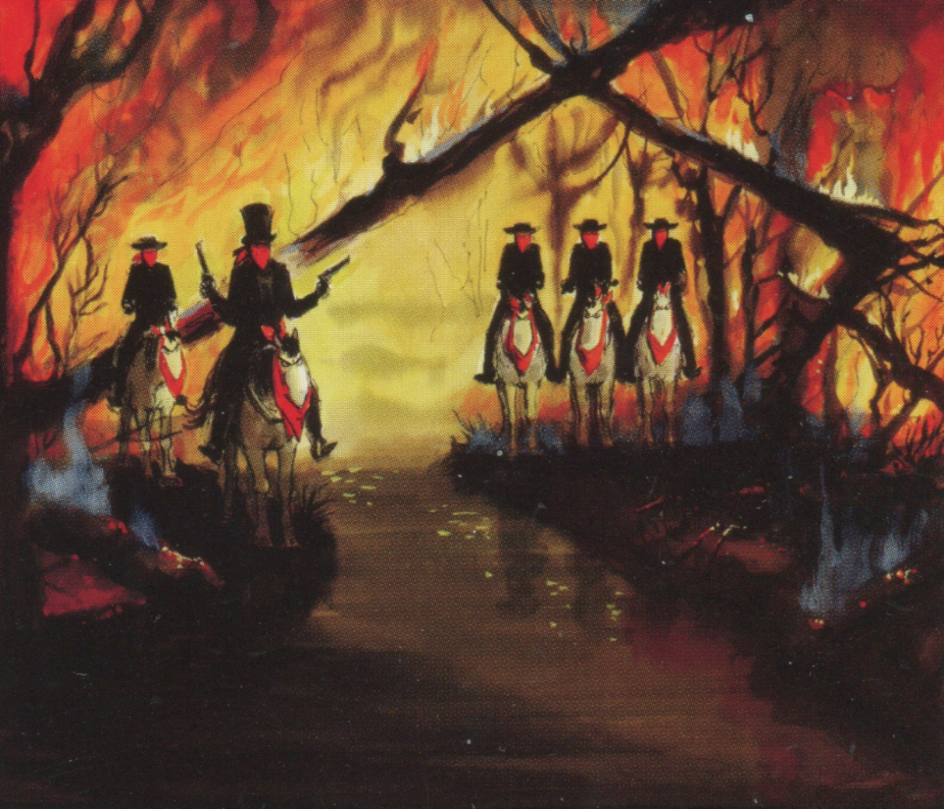 Out of the smoke, figures appear up ahead, so maybe you are saved. Or not because the robbers from earlier are back and ready to take their plunder! As you float past, nerves aflutter, you suddenly feel your stomach drop because you are plunging down a waterfall, making a grand escape. And with that thrilling ending, you disembark, having lived to tell the tale of the Western River Expedition.

If you thought that my quick summary was interesting, you should definitely check out the video posted below. In it, Tony Baxter does a full virtual ride-through of the attraction with awesome images throughout. It’s well-worth the watch.

So now that you know all about the Western River Expedition, what stopped this attraction from entering the Magic Kingdom?

Pirates! One of the most common questions that guests asked during the Magic Kingdom’s first year was “Where are the pirates?” The attraction’s reputation had reached the East Coast, and guests were upset that they did not also get to have the amazing Pirates experience, not knowing about the pseudo-Pirates experience that Disney had in mind. Thunder Mesa was not set to open until the middle of the 1970s at the end of the first phase of construction on the Magic Kingdom, so Disney President Card Walker decided it would be in the company’s best interests to take much of the budget allotted for the Western River Expedition and instead create another Pirates of the Caribbean in the Magic Kingdom, leaving Thunder Mesa on indefinite hold.

There is a lot of controversy over what truly caused of the demise of Thunder Mesa, and personally, I believe that it all started with choosing to build Pirates instead. A lot of people place the blame on the portrayal of Native Americans in the Western River Expedition (Davis didn’t shy away from some racial stereotypes), but in later drafts of the attraction, he had removed most of them. The Indians might have initially delayed groundbreaking, but I sincerely doubt that they are the main reason we never saw the attraction.

Another reason for the shelved idea that I saw was that Disney had too many other projects at the time, and with the nation in the midst of a recession, the Western River Expedition became an afterthought. Thunder Mesa would have been one of the most expensive expansions in Disney Park history, but with America’s economy floundering, so did Disney’s income, and there simply was not enough money to actually create the complex. By the time the nation truly recovered, Imagineering was deep in development on EPCOT, so the idea of adding an costly area to the Magic Kingdom was back of mind.

Marc Davis made one final effort to bring Thunder Mesa to life, this time only asking that the Western River Expedition part be created, greatly reducing the scale of the entire operation. However, Disney decided to build the runaway mine train part of the complex instead because of the success that thrill rides (Space Mountain, particularly) were bringing to the parks.

Big Thunder Mountain Railroad isn’t the only vestige of Thunder Mesa to be included in the Disney Parks, though. As mentioned earlier, there was also a log flume planned for the complex, and Frontierland finally received its log flume in Splash Mountain (even featuring characters from the Davis-created America Sings). But the most explicit nod to the area belongs to Disneyland Paris, in which the entire town in Frontierland is named Thunder Mesa. 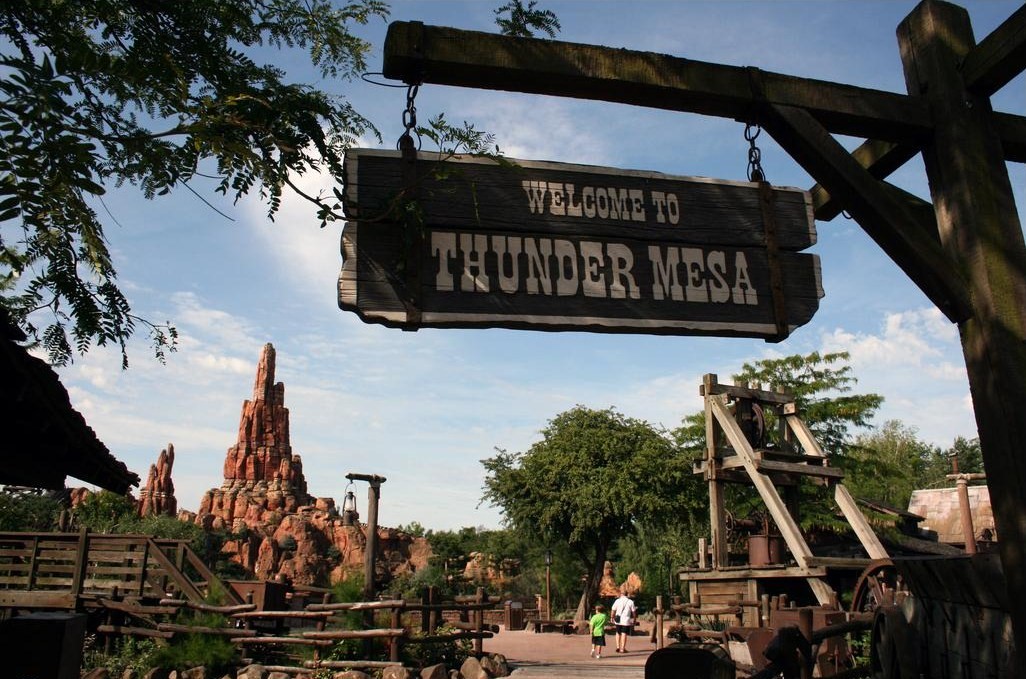 Thunder Mesa and the Western River Expedition, in particular, hold a special place in the hearts of Imagineers and guests alike. It is definitely in contention for the most famous attraction never built, and its lore has continued to grow over the years because information on it has rarely ceased flowing. It truly is a shame that we never got the chance to experience one of the most ambitious attractions ever thought of.

So with a splash, we have reached the end of the waterfall and come back to the loading dock. But it’s time to get in line for what we have in store next week.

Thanks for reading, and I hope you enjoyed the post. It was fun reliving this post that I had written months ago. Western River Expedition really was one of a kind.