Welcome to Disney Extinct Attractions. My name is Cole, and I’ll be your captain on today’s journey through the human body.

In the past few weeks, Disney’s Hollywood Studios has been in the news a lot due to the upcoming Grand Avenue (which what’s now known as Muppets Courtyard will be a part of) and also a rumored name change. The options that were proposed have not exactly pleased guests, but we’ll see what ultimately happens.

Anyway, the park is currently only a shell of itself, with a handful of shows, Toy Story Mania, the Tower of Terror, Rock ‘n’ Roller Coaster, and the park’s original thrill ride, Star Tours. Star Tours helped vault the park onto the map, emulating the success of its counterpart attraction in Disneyland that had opened two years earlier. But Star Tours actually wasn’t the first attraction of its kind at Walt Disney World.

Via Illinois Institute of Technology

As early as 1978, the Imagineers behind Epcot wanted to create an entire pavilion centered around healthy living. Several ideas for attractions were thrown around (including one that became Cranium Command), but the E-Ticket attraction of the area was going to be known as The Incredible Journey Within.

Taking guests on a tour of the entire body using physical sets, this attraction would have been one of the greatest achievements ever completed by Imagineering, in my opinion. The scope of it was just so huge and alluring that it’s hard to imagine how classic it could have become. Unfortunately, it was the scope that ultimately killed the project because it was simply unfeasible to create the attraction that they wanted at the time.

Meanwhile, Disney was continuing its search for a sponsor for the proposed health and life pavilion before finally coming to an agreement with MetLife in the late 1980s. Disney was insistent on having a sponsor for the aptly named Wonders of Life pavilion because of its slightly controversial nature. Disney had to be careful about not preaching the values of health and making unhealthy people feel bad. Instead, they chose to focus on showing the different choices that people could make and encouraging them to look at multiple options.

Because of the delays from lack of sponsorship and impossibility of The Journey Within, many new experiences were created within the parks from the idea’s conception in 1978 until the pavilion’s actual opening in 1989. The most influential attraction to open during this time was Star Tours. Using an ATLAS motion simulator system, the vehicles had six degrees of freedom, becoming one of the most advanced motion simulators to date.

As Imagineers continued to discuss how to make The Incredible Journey Within a reality, someone had the great idea to utilize the technology of Star Tours so that ride capacity would not be an issue and there would no longer be a need to create large-scale set pieces of the lungs, heart, and more.

Via The Main Street Mouse

Body Wars officially opened with the rest of the Wonders of Life pavilion on October 19th, 1989 as the first thrill ride in Epcot. In its first few months, the attraction was a hit, but then troubles began as the pavilion all about healthy living was continuously sick during its time in Epcot.

The first problem was the pavilion’s location. It was tucked away in a corner of the park that was not frequently visited and tucked between two other major attractions. Guests simply missed it and the attractions that it contained inside.

But the main issue was that none of the attractions were compelling to people. In addition to Body Wars, The Making of Me and Cranium Command helped make up the pavilion’s lineup. The aforementioned shows were both fun, but neither became a big enough hit to consistently bring guests to the pavilion. So Body Wars was the only hope for the pavilion to become the smashing success that Imagineering hoped it to be.

Just two months after Body Wars opened, Star Tours began making treks to Endor at Disney-MGM Studios. Almost immediately, the novelty of Body Wars was gone, and the attraction quickly became a walk-on. To be fair, Star Wars is a much more exciting topic than the human body, plus it was the first thrill ride at this hip new park. But Body Wars still had a lot going for it that made it worth its walk-on nature at least.

Your journey began with everyone entering a Body Probe Vehicle that could be miniaturized to fit inside of a human body. One of the workers (played by Elisabeth Shue) has been sent inside of a body already and needs your help to escape the perils of the situation. So you climb aboard the vehicle and below you can find out what happens next.

So having seen the video, I have very mixed feelings about the attraction. Starting with the negatives, I didn’t feel very compelled by the story. It was hard to follow exactly what was going on. Maybe that’s simply because I couldn’t find the introduction anywhere, but it still felt a little discombobulated to me.

Also, I felt that it was a little bit too short. It felt like the ride was over before it even started and definitely left me wanted to discover more throughout the body. But onto the positives, I really loved how original the story was. It was unlike anything I had ever really seen in a Disney attraction because it created a new world to explore. Plus, the film looked incredible for it being made in 1989 (though part of that thought may be because the YouTube quality wasn’t great).

Overall, I thought it was a very middle of the road Disney attraction that I definitely would have ridden a lot because I love walk-on attractions that I never have to wait for. The film portion was also directed by Leonard Nimoy, so I think it’s pretty cool that our favorite Vulcan came over to the Disney side to help create an attraction. 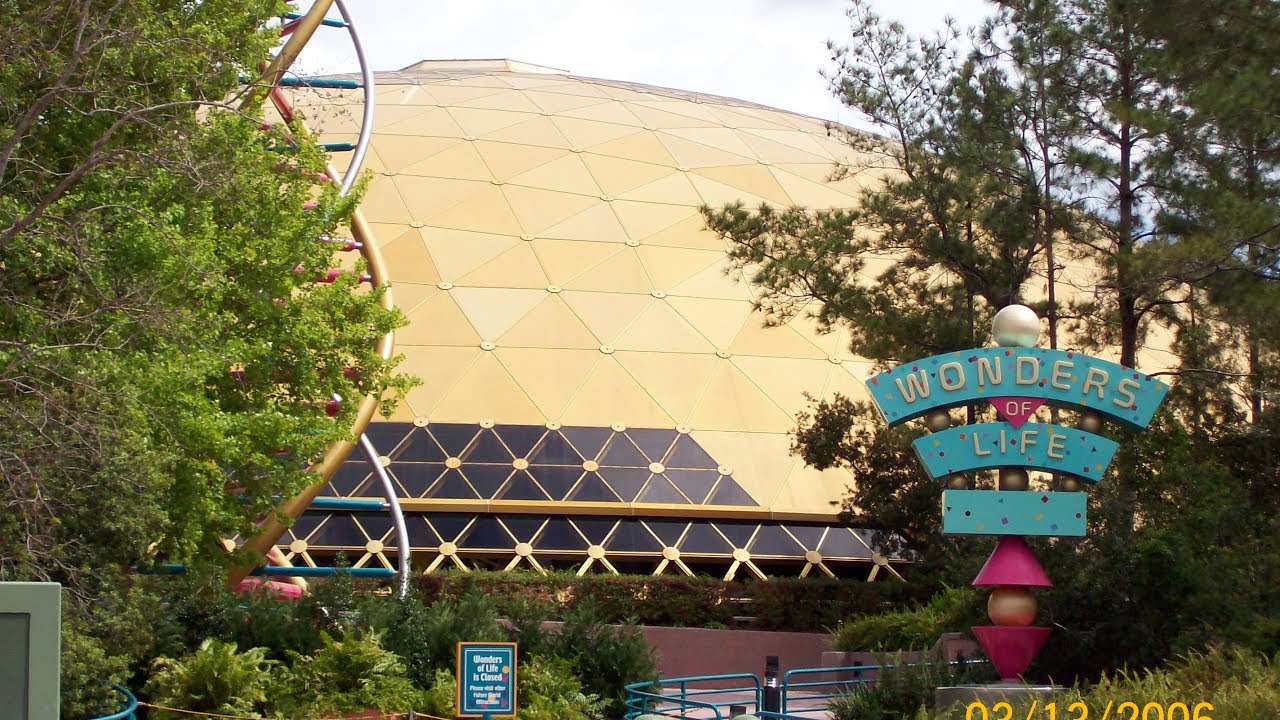 There was one other problem plaguing Body Wars: it continually made people sick. Star Tours can sometimes have this effect, but park operations noticed a greater portion of people getting sick on Body Wars. It’s unsure exactly why this happened, but I believe it was because you were constantly bouncing as if you were in the blood stream. The continuous motion didn’t give your body a break at any time, making sharp turns harder to overcome for those prone to motion sickness.

Overall, I think that Body Wars just never really got a chance to hit its flow. It never really had a chance to find its footing with the opening of Star Tours and its location, but then again, neither did the pavilion. The Wonders of Life pavilion became a seasonal area in 2004 before its official closure on January 1st, 2007. Since then, it has been used primarily as an area to help house events for the myriad of festivals that Epcot hosts (including the Food and Wine Festival, which kicked off today). Personally, I think that they do need a space like that within the park, but I wish that something more substantial could be put in the area, perhaps themed to Inside Out.

But anyway, Body Wars will never be forgotten for its unique look at the human body and its introduction of the motion simulator to Walt Disney World. Now that we’ve learned more about the body, let’s take a quick peek at what attraction we’ll be learning about next week.

I hope you guys enjoyed this look back at another of Epcot’s lost attractions. That poor park has lost so many amazing attractions over the years that this blog is started to resemble an Epcot fan site!