Welcome to Extinct Attractions. This week, we’ll be looking back at the opening day of Disney’s Animal Kingdom and an attraction that felt more at home in a museum. 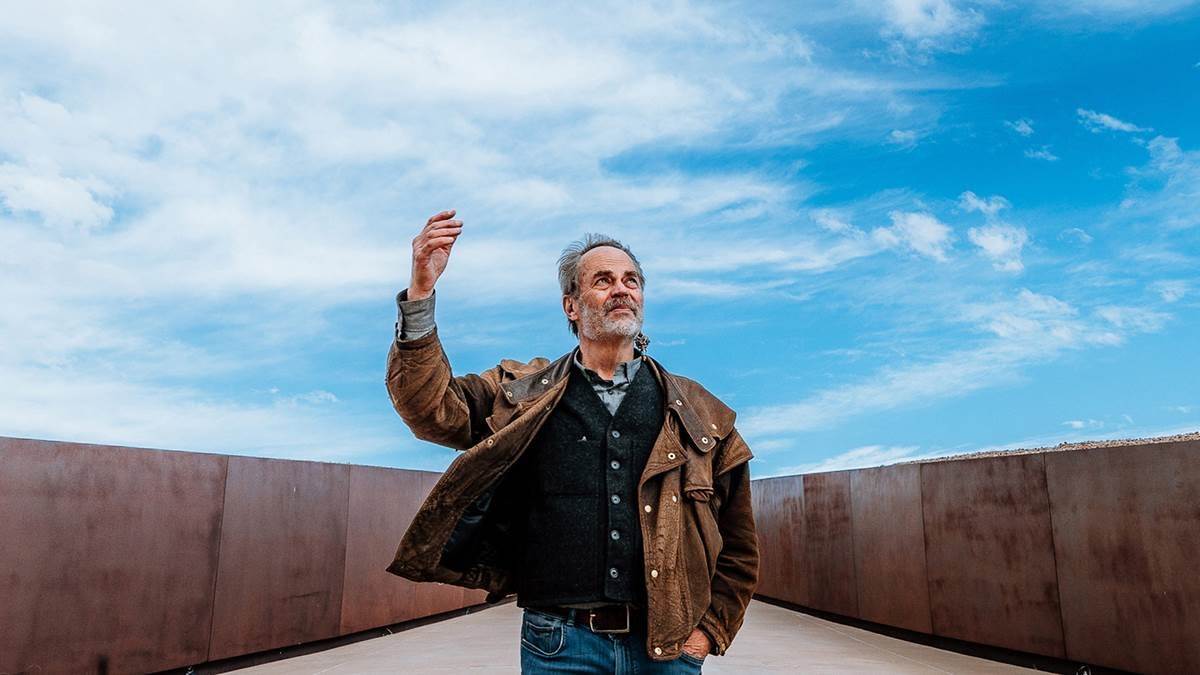 A few weeks ago, Virgin Galactic announced that legendary Imagineer Joe Rohde had joined their team as an Experienced Architect. While it was sad to see Joe leave, it’ll be super exciting to see what he can do in this new role. That said, today we’ll be taking a look back at Joe’s crowning achievement, Disney’s Animal Kingdom and the attraction that was arguably its least-heralded on opening day. On April 22, 1998, Animal Kingdom was wanting for attractions with just six attractions that people would generally consider as such, in essence shows and rides. To help fill the void, a myriad of walkthrough attractions were created, the vast majority of which involved live animals, but there was one notable exception that did let guests see some animals, albeit ones that were long gone. 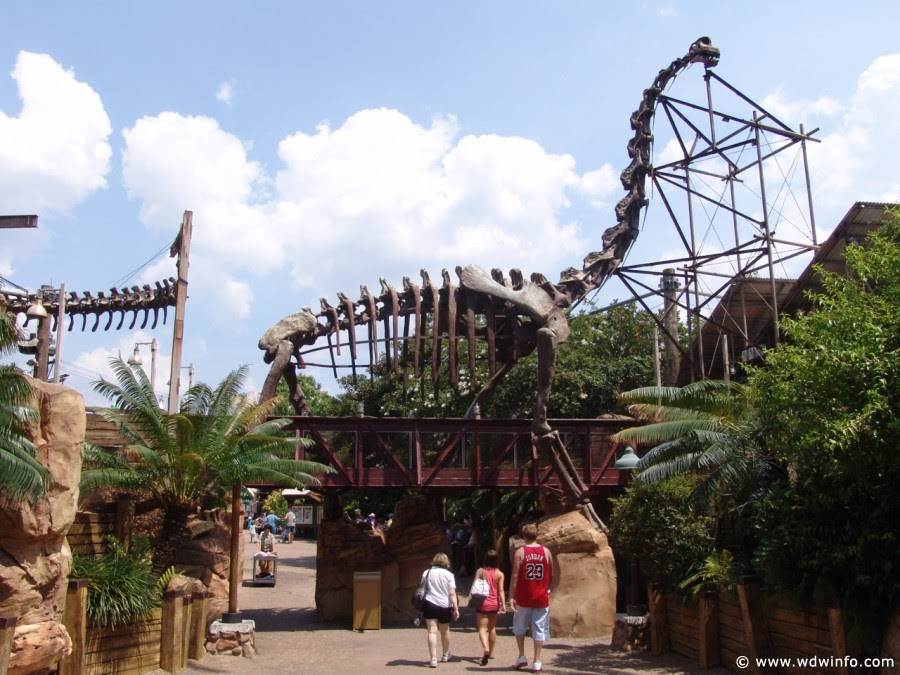 When DinoLand USA opened as a part of Animal Kingdom, the land was particularly barren with just two traditional attractions, Journey into the Jungle Book and Countdown to Extinction, the latter of which was a bit too scary for families with younger children to enjoy. To give families a bit more to do, there were a couple other experiences, namely the Boneyard and today’s featured attraction Dinosaur Jubilee. While the Boneyard was a more permanent playground for young kids, Dinosaur Jubilee was always thought of as a more temporary experience as a holdover until bigger and better things could be added to the land. 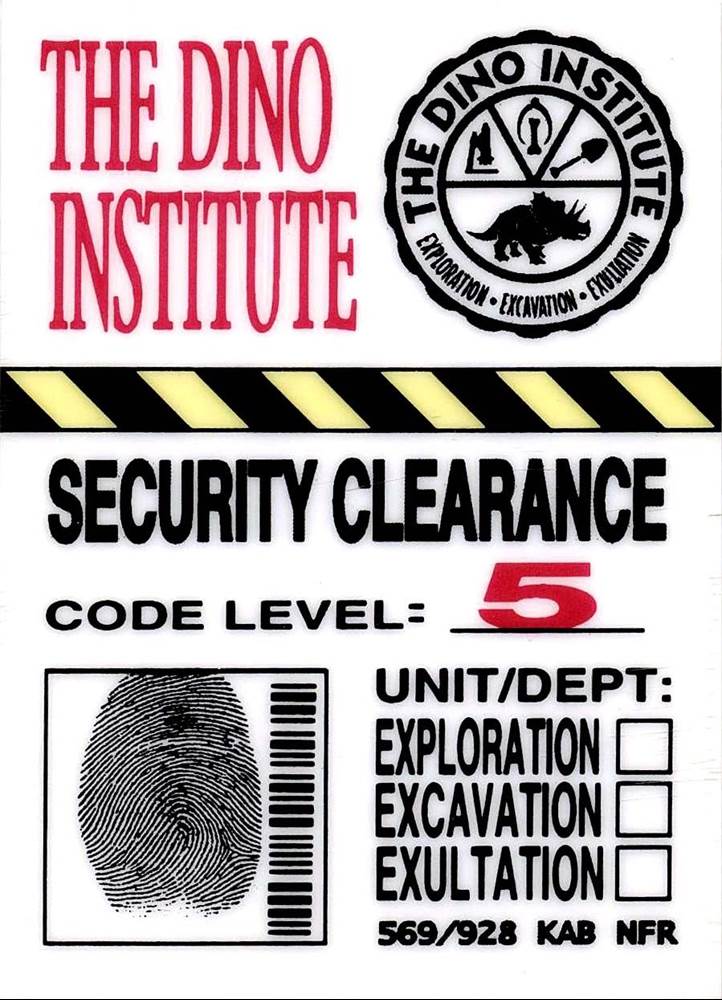 Even with the temporary nature of Dinosaur Jubilee, Imagineering still put in the effort to tie it in with the rest of the land. Dinoland USA has a pretty fascinating story behind it that is generally overlooked, as tends to happen with the backstory of Disney park lands. The legend goes that when the Dino Institute, the group that runs the time rover expeditions that guests can experience on Dinosaur, set up shop, they expanded their footprint in the area to become more involved in the local community. 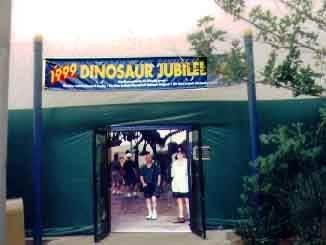 One way that the institute was involved was by setting up a giant tent and filling it with the fossils of some of their findings. They were so happy about these findings that they chose to call the experience Dinosaur Jubilee. To helps guests learn along the way, they had some student interns who would give tours of the exhibit. 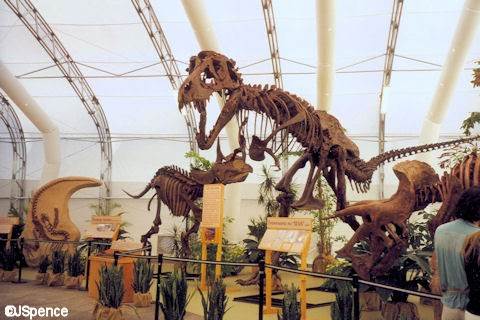 Outside of the context of Dinoland USA’s history, Dinosaur Jubilee really was basically just what you would expect from a museum exhibit with dinosaur fossils, making Animal Kingdom both zoo and museum inspired. Personally, if I had just come from Countdown to Extinction, as it was then called, with its incredibly detailed animatronic dinosaurs to see this exhibit, I would’ve been quite disappointed. But alas Animal Kingdom needed to provide as many activities for guests that they could with so few things open on Opening Day, that Dinosaur Jubilee had to do some of the dirty work of simply distracting people for a few minutes. In 2000, things got a bit weird though when the attraction began calling itself Dinosaur Jubilee 2000 and added in a  “stuffed” sabre-toothed tiger and woolly mammoth. I’ll be honest, I do not understand the rationale behind this move at all because 1) they weren’t fossils and the rest were and 2) they weren’t even dinosaurs! Dinoland has thrived over the years at including non-dinosaurs in the land, but it still makes no sense that they thought the thing that would spice up this attraction was adding in Ice Age-era animals. All in all, I never got the chance to experience this attraction since it closed December 2000, a year before my first trip to Walt Disney World. However, I’m not sure that I was missing out on all that much, since I could just hop on over to my local museum and see pretty much the exact same thing. Speaking of which, museums are where pretty much all of the casts of these dinosaurs ended up as Disney donated them in their process of moving on. However, one skeleton, the archelon, managed to stick around and make its way into the Dinosaur gift shop, so a little piece of Dinosaur Jubilee lives on today. In the place of Dinosaur Jubilee, we got Chester and Hester’s Dino-Rama, with the now-closed Primeval Whirl primarily occupying the footprint of its predecessor. Though the Dino-Rama wasn’t a particularly amazing replacement, it at least provided a more interesting group of attractions for families, since most kids would have an attention span of about three minutes in Dinosaur Jubilee.

Well, that’s all for today. Dinosaur Jubilee came and did not conquer as the dinosaurs did, but it was still a part of Animal Kingdom past and for that it will be remembered (or maybe mostly forgotten). 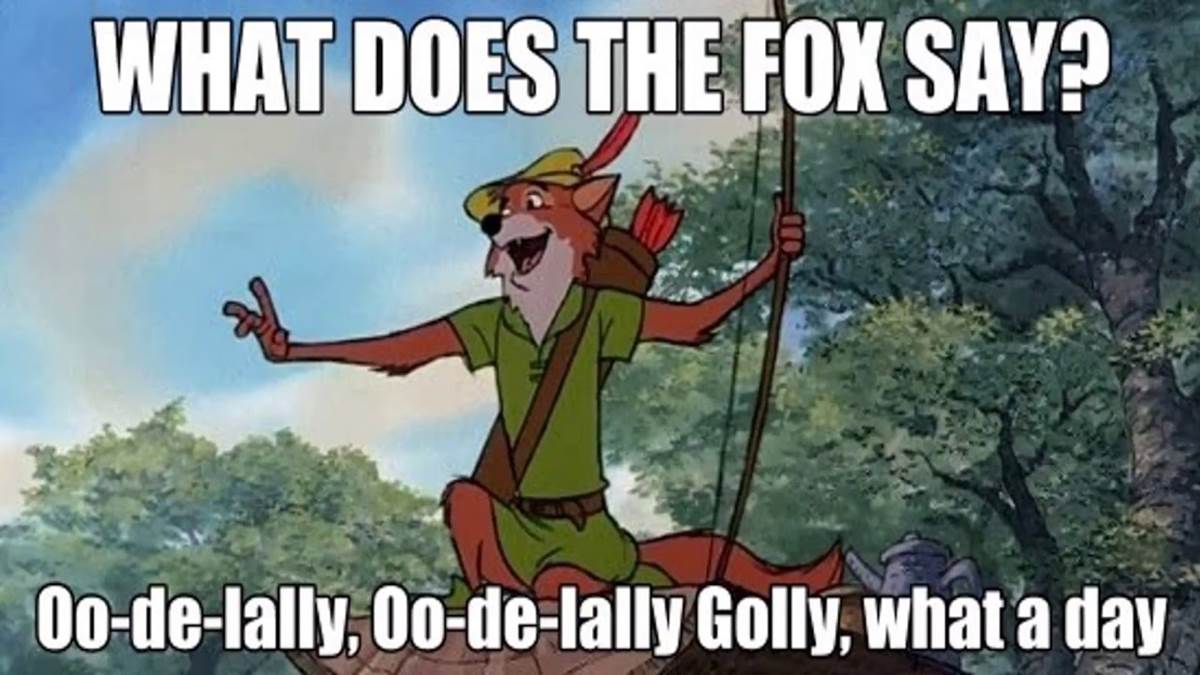