Welcome to Disney Extinct Attractions. My name is Cole, and I’ll your guide on today’s trip to the Animal Kingdom. 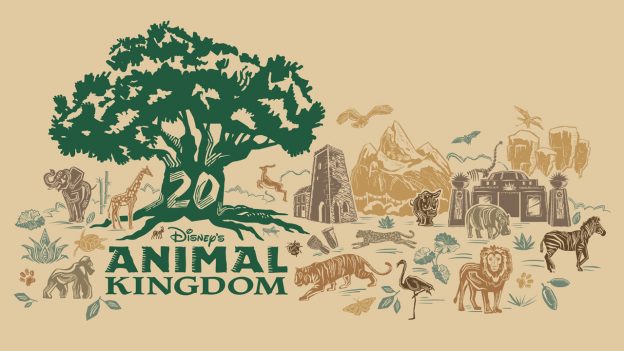 Disney’s Animal Kingdom is currently celebrating its 20th anniversary, and it has finally found its niche within the pantheon of Walt Disney World. With the addition of Pandora, the park has become a full-day experience at long last. I understand the detractors of the park, but personally, I think combining a zoo with a theme park is a really cool idea that is perfectly executed at the Animal Kingdom. It is still low on attractions when compared to the Magic Kingdom and Epcot, but I think we’ll continue to see it grow over the years (fingers crossed for Zootopia). 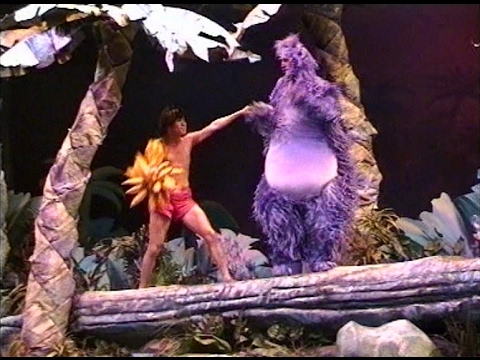 Debuting in the Theater of the Wild, which currently houses Finding Nemo – The Musical, the show utilized a new type of technology dubbed “hum-animals” that left the actors’ faces open for the audience to see, but also covered the rest of the actor’s body to give the size of his or her character.

I really enjoyed the use of “hum-animals” in this production, and I’m surprised we haven’t see the technology used in other Disney shows over the years, though few other properties would be this dominated by animals. 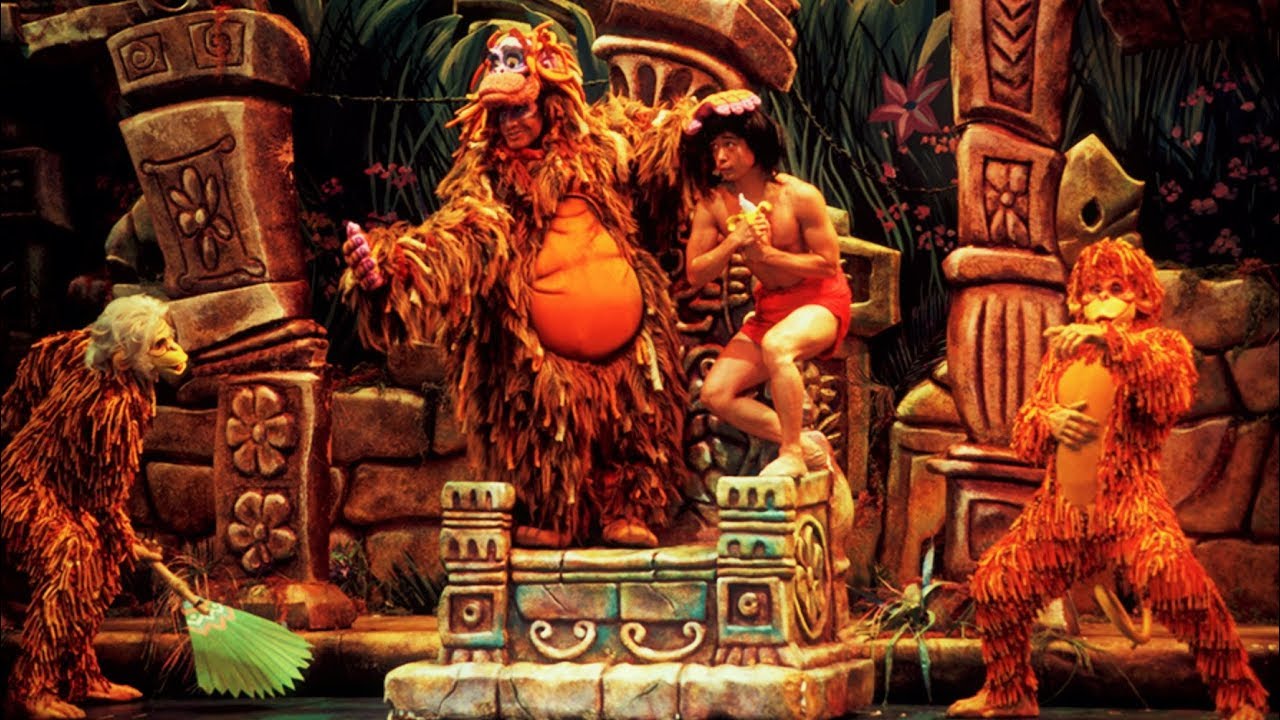 Interestingly enough, they actually tweaked the costume design after a few months to more closely match the look of characters from the movie. I couldn’t find any information on why they made the switch, but my guess would be that guests did not quite connect with the characters without the familiar faces. 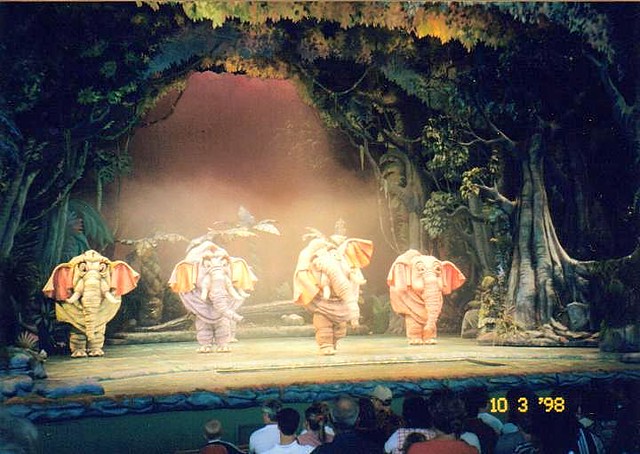 The production value of the show was actually quite high as far as Disney theme park shows goes. The sets had an almost fluid nature to them that lent itself really well to the jungle atmosphere, and obviously the costumes were great. My favorite part of the show was how menacing they managed to make Shere Khan. As one of Disney’s most under-appreciated villains, it was awesome to see him given a lot of glory in this production. It is difficult to tell from the picture above, but Shere Khan towered above the rest of the stage, and if I were a little child, I definitely would have been frightened.

Overall, there was a lot to enjoy about Journey into the Jungle Book. It did a great job consolidating the story, while also adding a lot of fun through the songs. Sure, a lot was left out, but you can’t expect differently when adapting a 75-minute film into a 25-minute show. But Disney Entertainment did a great job creating an entertaining show that appealed to audiences of all ages.

However, The Jungle Book was a nearly 30-year old property, so it hit the chopping block as soon as Disney was looking for a home for Tarzan Rocks, the new show based on the 1999 hit film Tarzan. Modernity will always govern the Disney Parks, so Journey into the Jungle Book officially closed in April 1999. At the time, it was not looking good that an attraction based on The Jungle Book would appear in the park again anytime soon, but then something truly magical happened.

Lately, Disney has been reimagining some of their Animated Classics through the use of live-action as seen with Beauty and the Beast, Cinderella, and Maleficent, as well as a bunch more films coming down the pipeline. In 2016, Disney had an unexpected hit on its hands with the reimagining of The Jungle Book. Making nearly a billion dollars worldwide, The Jungle Book helped propel Disney to the highest-grossing year by a movie studio ever (though that record will almost surely be broken this year).

With results like these, it was time to bring The Jungle Book back into the Disney parks, albeit a different version than what we originally knew and loved.

Meanwhile, Rivers of Light was originally supposed to debut as the Animal Kingdom’s nighttime spectacular on April 22nd, 2016. Unfortunately, the show was not deemed ready, so the troubled production was put on a hiatus until it could be perfected for audiences. 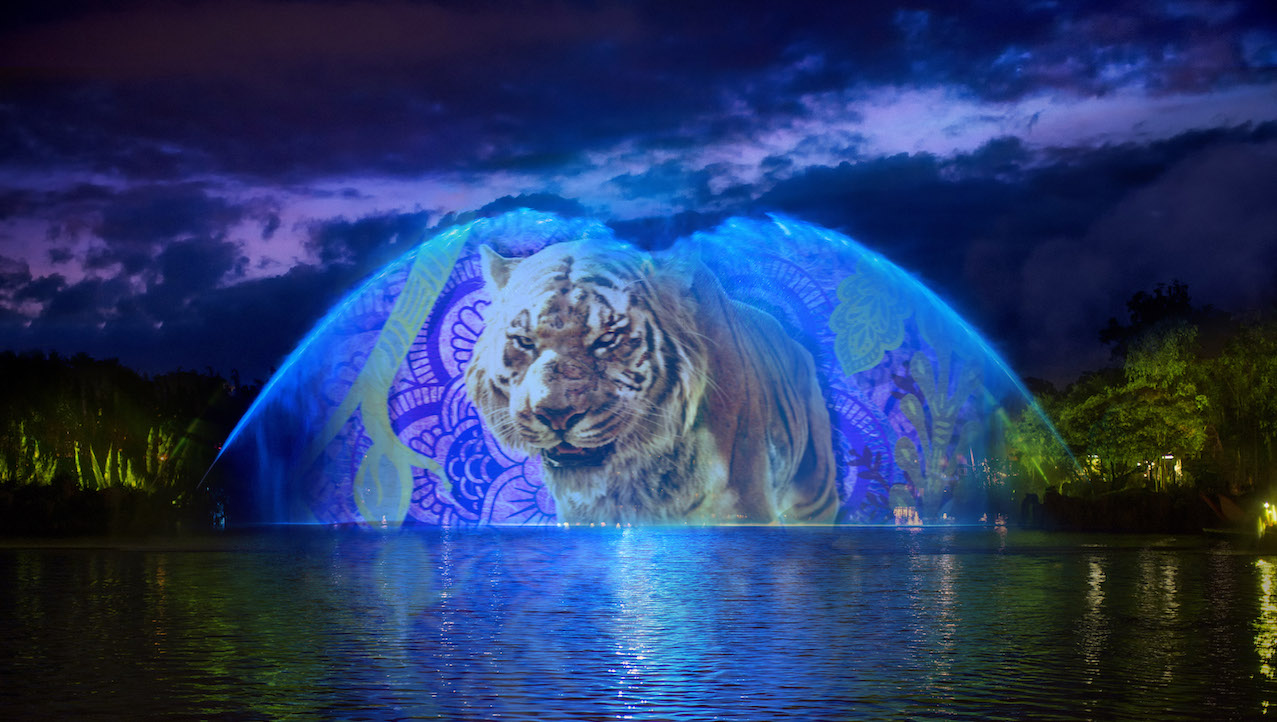 This misfortune led to an opportunity for The Jungle Book to appear in the park, so on May 28, 2016, the limited engagement show The Jungle Book: Alive with Magic debuted.

Taking place on Discovery River, the show was as much as a celebration of Indian culture as The Jungle Book, a move that seems like it would lead an illuminating show.

Alive with Magic never lived up to its name because it did not understand what it was trying to do. It split its time evenly between being a celebration of Indian culture and The Jungle Book, but it did so by switching between the two every five minutes. Because of these abrupt changes, you could never get a true feel for what the show was trying to accomplish. Basically, you could tell that it had been thrown together in less than two months. Each of the individual parts worked really well, as I really enjoyed watching the dancers, and the water screens were very well executed. They just didn’t work as a cohesive whole.

Also, they included some of the songs, as you would expect from a show based on The Jungle Book, but again only some of them worked. “Bare Necessities” was well-done, but the singer for “I Wanna Be Like You” tried to turn the show into a rock concert, and it did not mesh with the rest of the show. 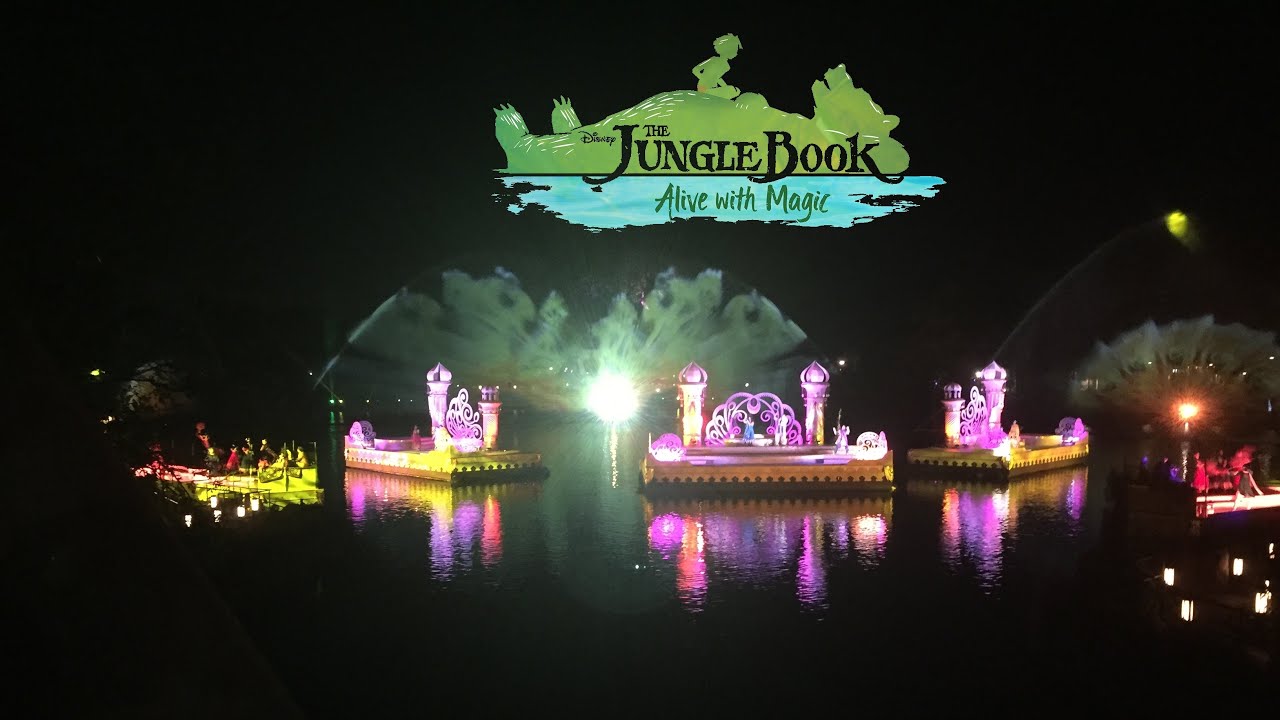 Overall, I think the show really just needed a few more months of development to give it a cohesive story that would fit with what we normally expect from a Disney Parks show. However, they were in a rush to capitalize on the film, so we lost some of Disney’s typical creativity.

Most Disney guests agreed with my thoughts on the show, as it only lasted until September 5, 2016. Most guests just wanted Rivers of Light to make its long-awaited debut, which it finally did in February 2017. The Jungle Book: Alive with Magic will go down as that weird thing before Rivers of Light, but at least it gave The Jungle Book one more chance to be a part of Disney’s Animal Kingdom.

Well, that brings today’s journey to a close, so here’s your look at what’s coming next week.