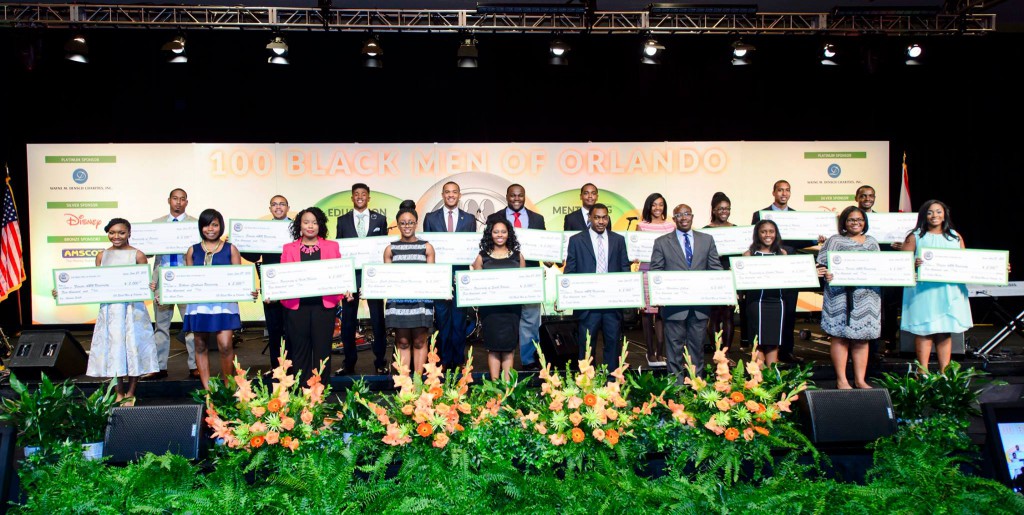 It was a night filled with excitement and joy for four 2015 graduates of Orlando’s Jones High School. Deion Caldwell, Kahlia Martin, Emanuel Pope and Amanee Smith were named this year’s scholars at the June 27 100 Black Men of Orlando Scholarship Awards Dinner at the Rosen Centre Hotel. All will receive a $5,000 scholarship each year to aid in their collegiate academic endeavors.

Walt Disney World Resort has been a proud supporter of 100 Black Men of Orlando and its scholarship dinner for several years. The organization, whose mission is “to improve the quality of life within our communities and enhance educational and economic opportunities for all African-Americans,” has given out more than $1.1 million to its scholars.