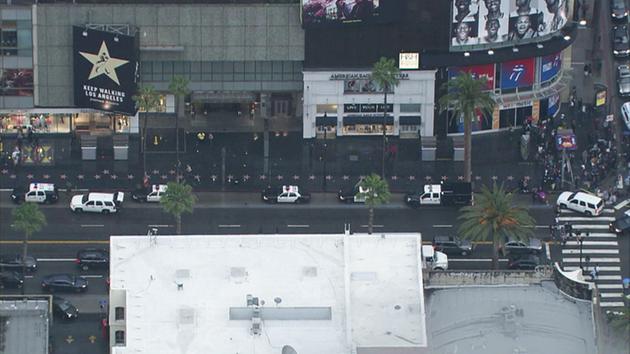 Disney’s El Capitan Theatre in Hollywood has been evacuated after a suspicious package was spotted on the tracks at a subway station in Hollywood. Several roads are closed. The TCL Chinese Theatre is also closed.

According to ABC7, a black backpack was leaning on the third rail of the tracks at the Hollywood/ Highland Station, directly underneath the busy Hollywood landmark.

UPDATE 6:56PM: It appears things are returning to normal as the Hollywood/Highland subway station has reopened.

UPDATE 7:02PM: Just got word that the package was removed at the all-clear was given at 6:45. The police are working to restore normal operation and traffic flow to the area.