Ever since Jon Favreau’s remake of The Lion King was first announced, casting details have come out little by little. First we learned that Donald Glover would be voicing Simba while James Earl Jones returned to play Mufasa. Later it was revealed that funny men Billy Eichner and Seth Rogen would play the famed duo Timon and Pumba, John Oliver would voice hornbill Zazu, and Chiwetel Ejiofor would take on the villainous role of Scar. Yet there was one casting rumor that was more prevalent any other: Beyoncé Knowles-Cater as Nala. Now, with a tweet posted to the Walt Disney Studios account, Beyoncé’s participation has been confirmed: 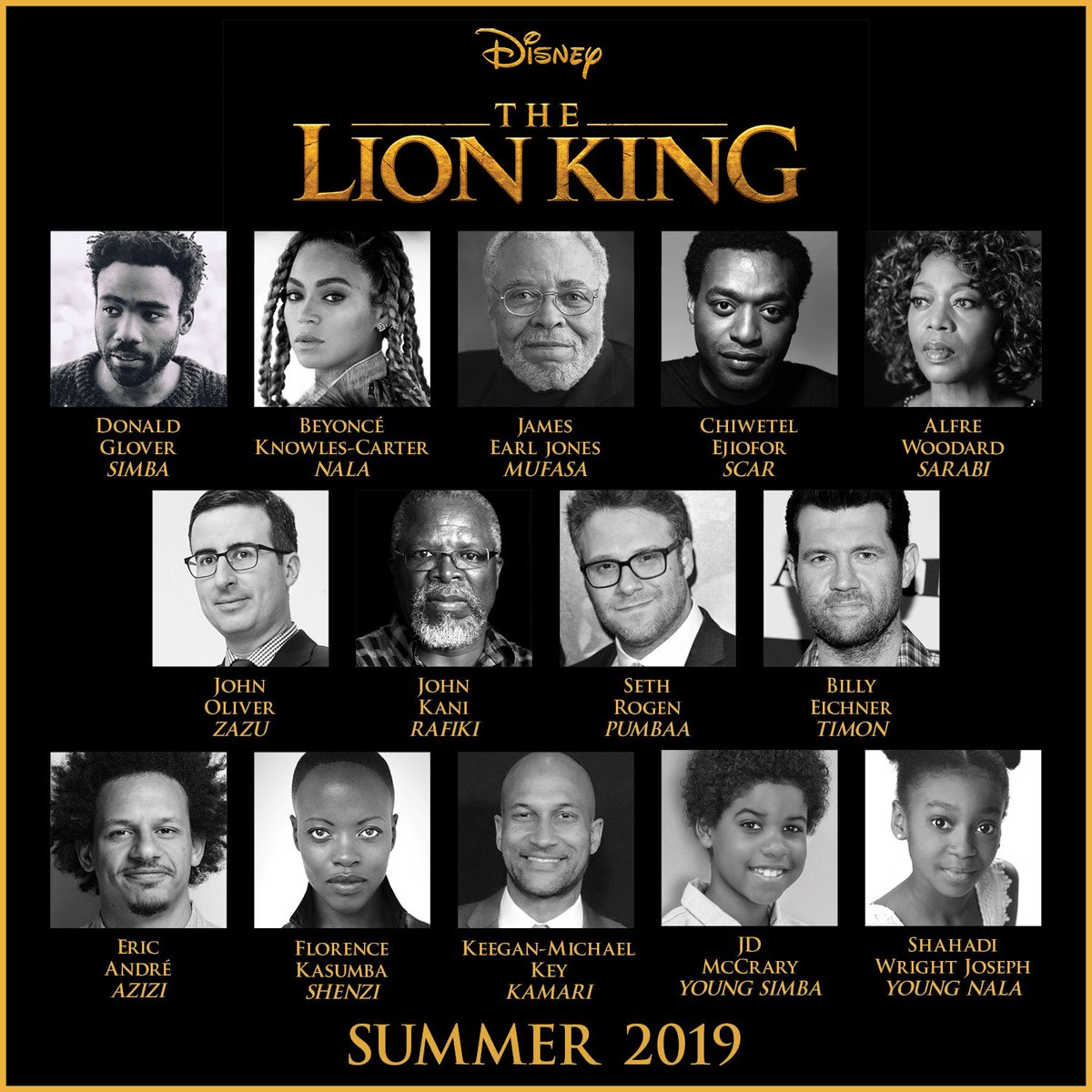