This past weekend, Pixar Fest officially kicked off at the Disneyland Resort. While most of the offerings during this special event take place in Disneyland Park and Disney California Adventure, the resort’s three hotels — the Disneyland Hotel, Disney’s Grand Californian Resort & Spa, and Disney’s Paradise Pier Hotel — are also getting in on the action. In addition to the previously announced themed room packages, today the Disney Parks Blog announced some of the Pixar Fest activities hotel guests can enjoy. 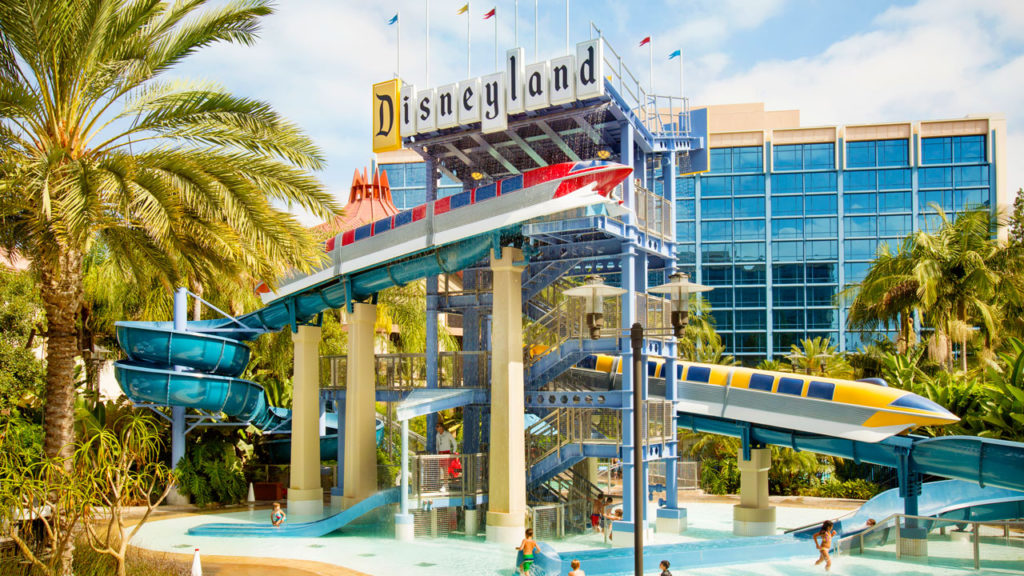 First off, each of the three hotels will be hosting Pixar Movie Nights, featuring screenings of Disney•Pixar favorites along with trivia and prizes. Then, starting Memorial Day weekend, the hotel’s will also be having Pixar Summer Pool Parties, which will include games, activities, and “an all-new energetic playlist featuring upbeat Pixar-inspired music.” Meanwhile, adults can sip some specialty cocktails and some themed non-alcoholic drinks like the “Forget Me Not” and “Lucky Fin” will also be served.

Elsewhere at the hotels, the Kids Areas at each resort will be showing Pixar short films on their televisions. Guests can also take a group photo with a jumbo Pixar-themed photo frame available from Front Desk Cast Members. Finally, the Disneyland Resort is offering a spring booking special where guests can save up to 20% on Premium rooms at Disneyland Hotel, and 10% on select rooms at Disney’s Grand Californian Hotel & Spa and Disney’s Paradise Pier Hotel on most Sunday through Thursday nights between April 15 and June 14, 2018. For more information on this and other offers, visit Disneyland.com or call your travel agent.