When Marvel kicked off its epic three phase movie plan in 2008, no one knew the impact it would have on our culture and Marvel fans all over the world. And here we are 10 years and 22 films later having broken box office, ticket sales, and even making history at the 2019 Oscars, all following one massive story arc. Avengers: Endgame arrives in theaters in today, and in honor of the new film, the six original Avengers and Marvel Studios President, Kevin Feige were invited to leave their handprints at the legendary TLC Chinese Theater in Los Angeles, California.

Before the actors were invited on stage, Ellen K and Leonard Maltin spoke at the ceremony reflecting on the past 10 years of filmmaking and the impact Marvel has had on a global scale.

The finished products! Soon fans will be able to locate the actors’ handprints outside of the legendary theatre. Here’s a glimpse of what to look for.

Are you ready for Endgame?: 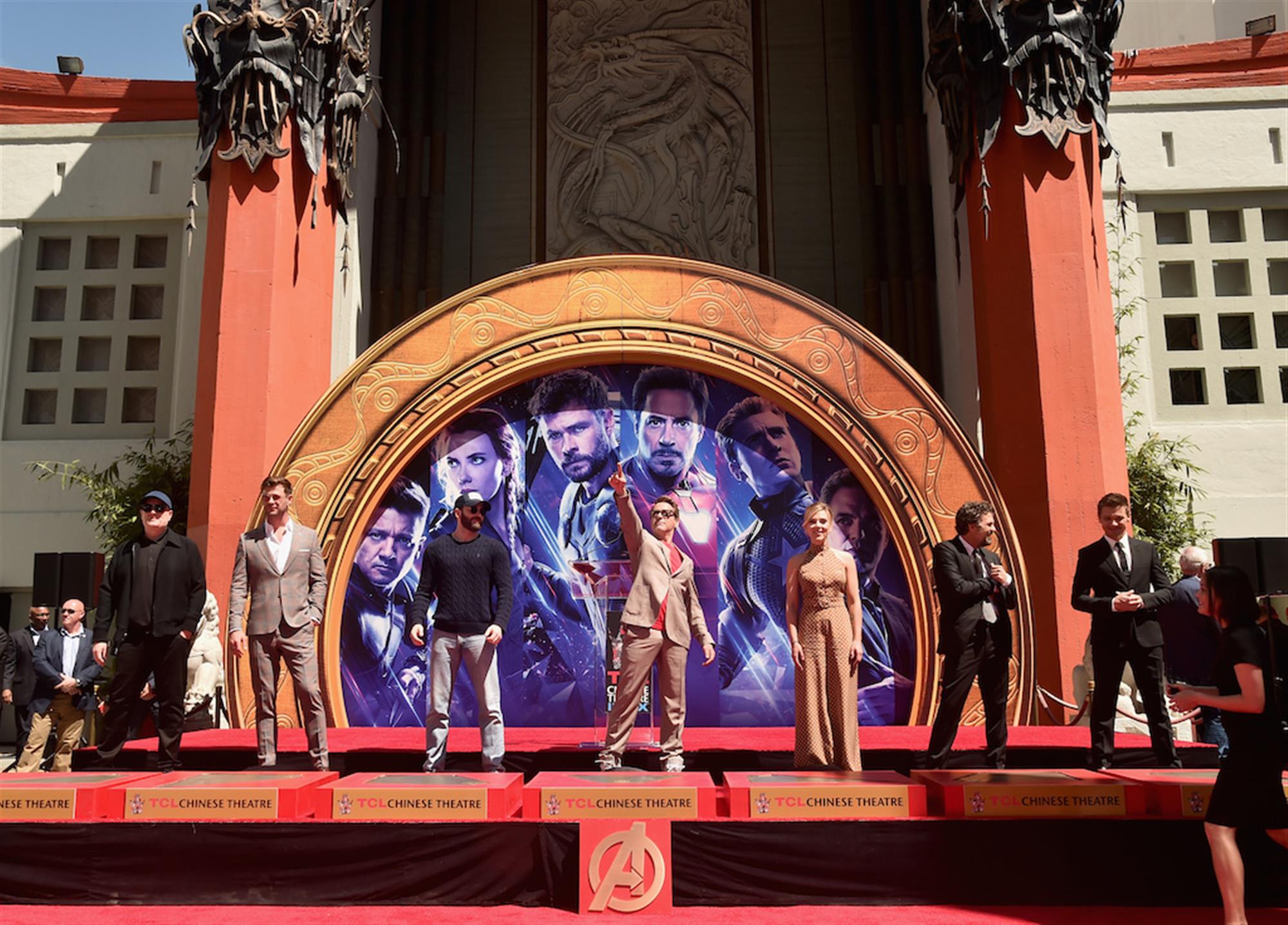