Visitors on Batuu have reported receiving a stow away in select beverages received from Docking Bay 7. When enjoying Moof Juice or fizzy beverages from the eatery in Black Spire Outpost, you might find a Klatooine Paddy Frog by the time you reach the bottom of your vial. 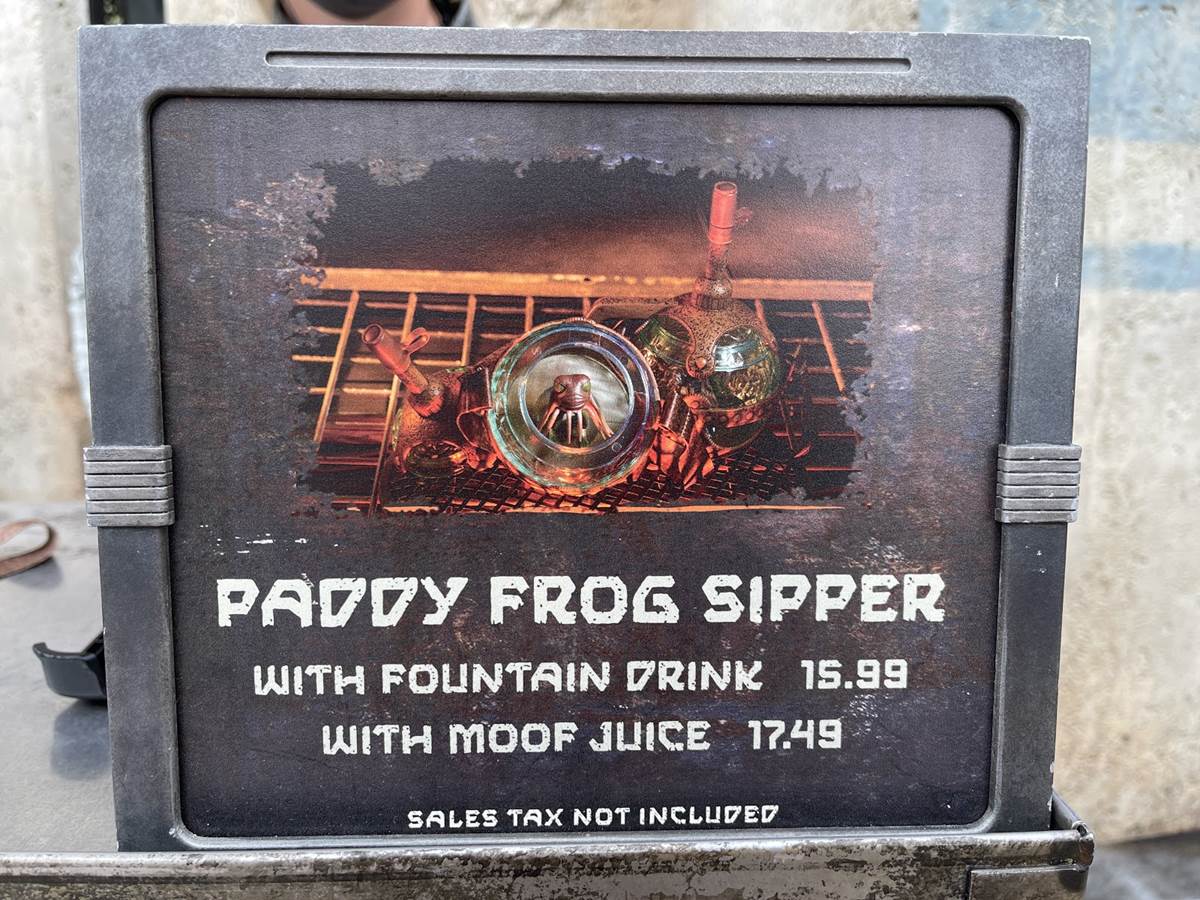 All joking aside, a new themed sipper is now available in Star Wars: Galaxy’s Edge at Disney’s Hollywood Studios in Walt Disney World. Priced at $15.99 with a fountain drink and $17.49 with Moof Juice (Simply Fruit Punch and Simply Orange with chipotle-pineapple). 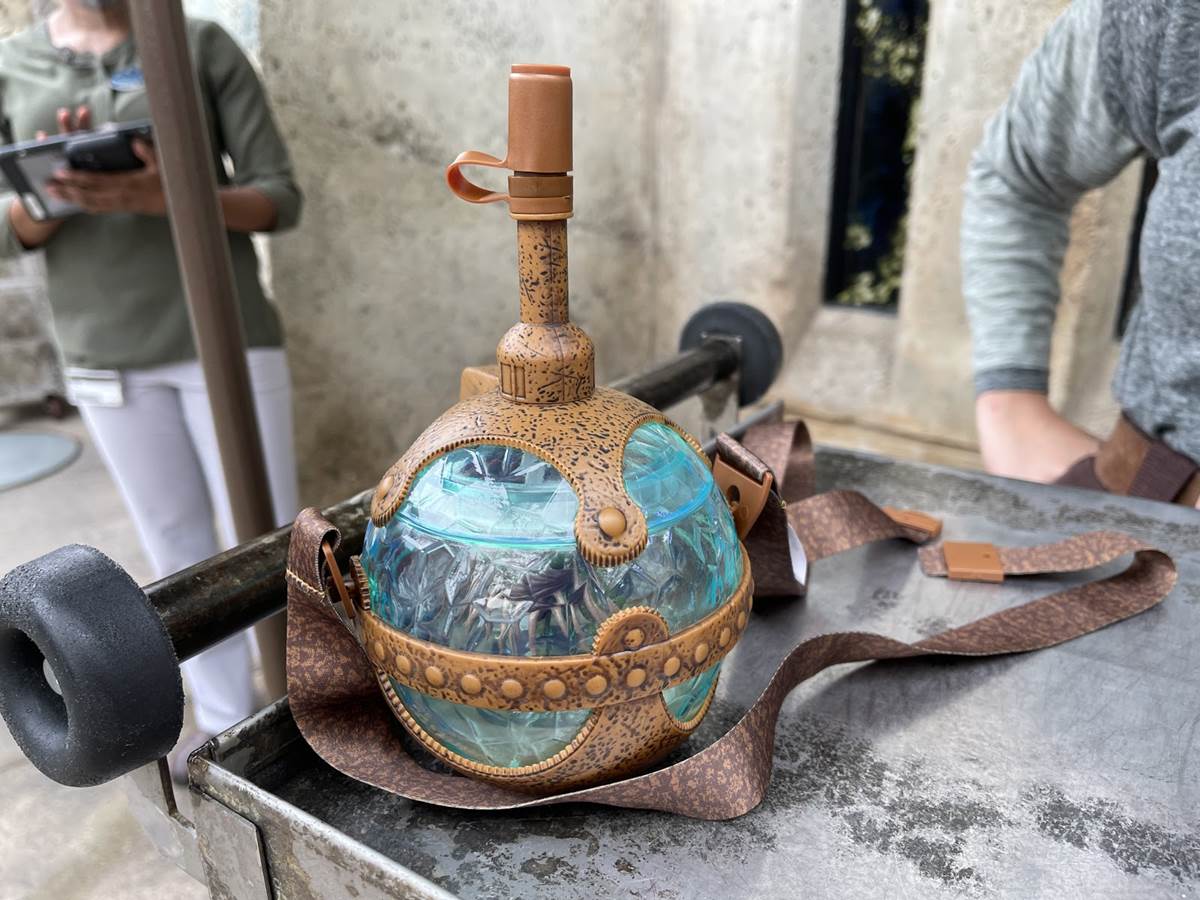 A cart outside Docking Bay 7 promotes the new souvenir sipper, officially called the “Paddy Frog Sipper,” so you can add it to your mobile food order if you’d like to bring one home. It looks particularly in-universe if you get yours with Moof Juice. 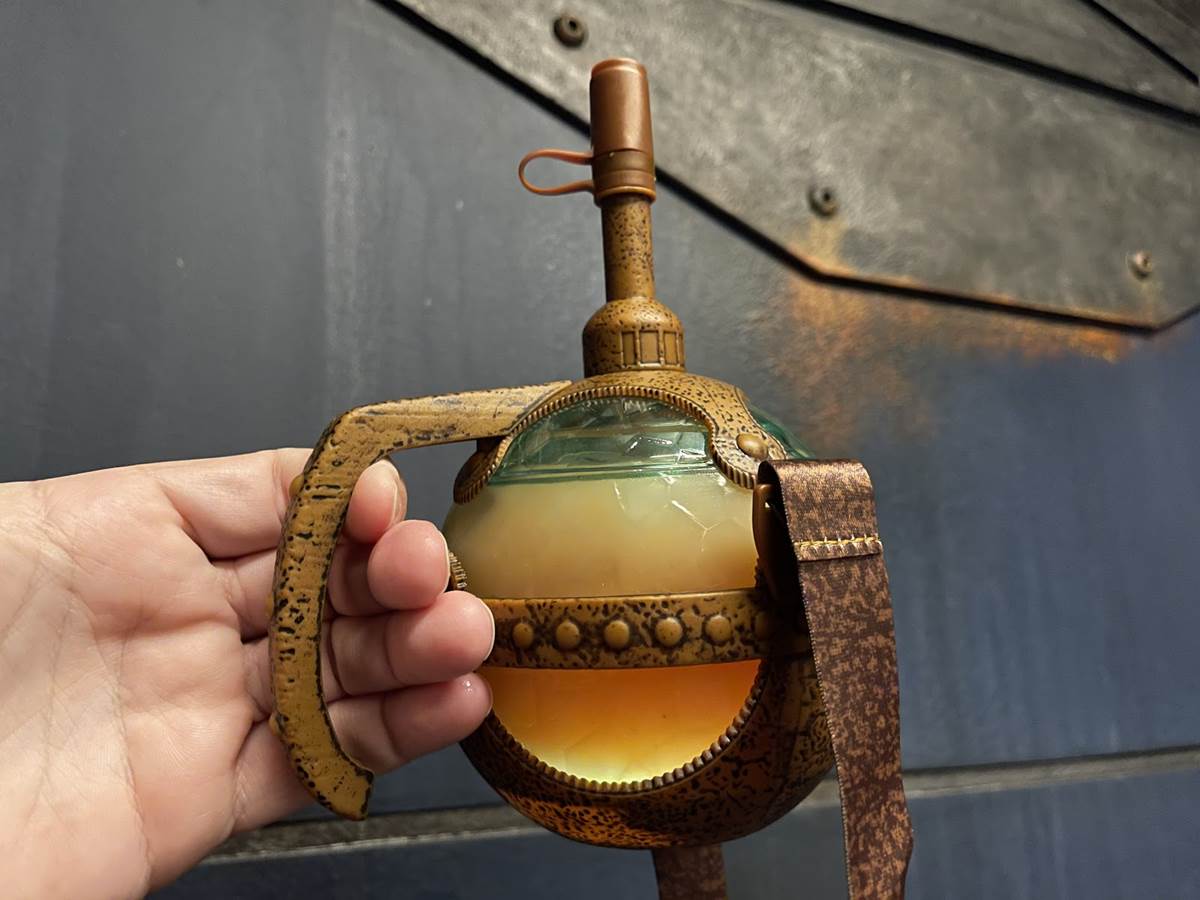 It has a handle to hold it in addition to an ergonomic shoulder strap. I think I just made a friend. 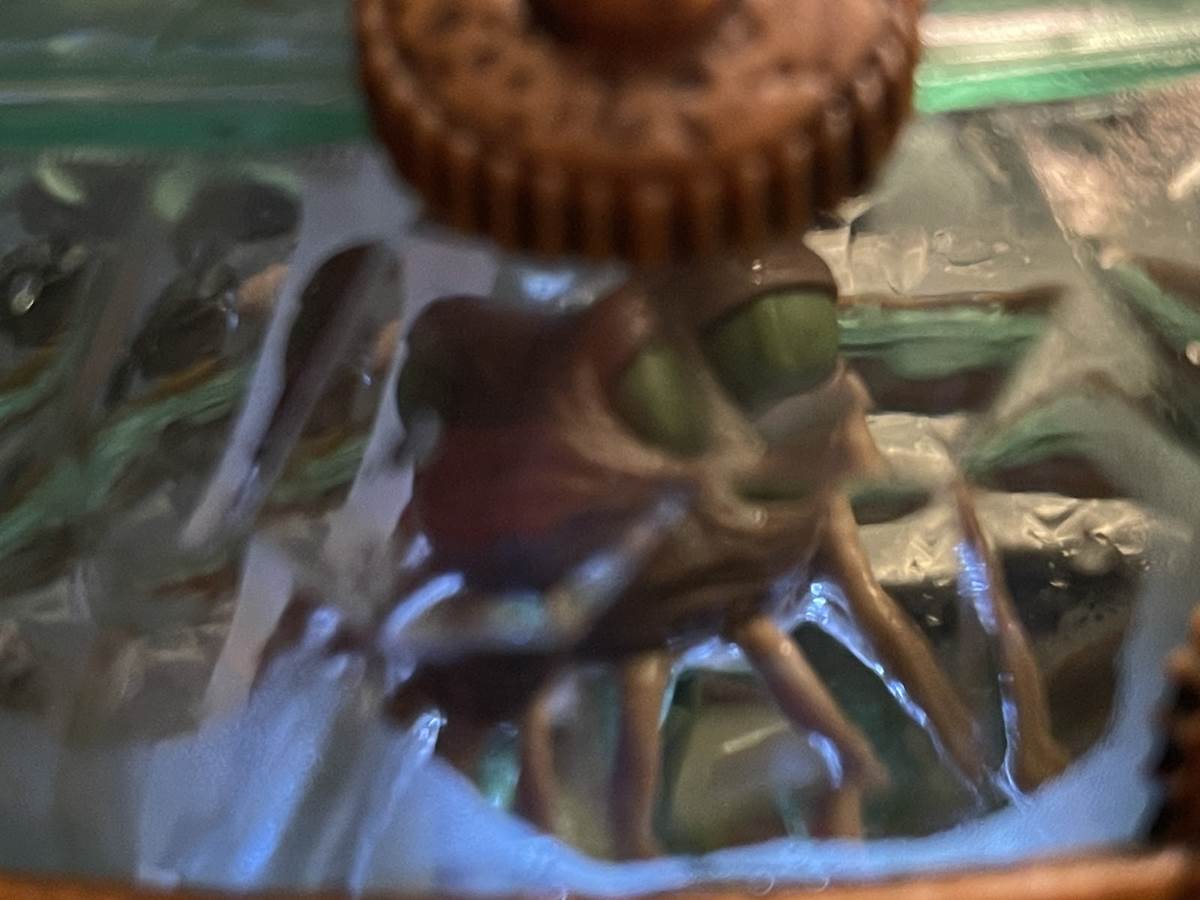 Klatooine Paddy Frogs made their first appearance in Return of the Jedi as a favorite snack of Jabba the Hutt, who likes to eat them alive after they’ve been swimming in brandy, which calms them down. It appears that Moof Juice has a similarly calming effect on them.