Today is the long awaited day, especially for those who still have their Platinum Plus annual pass, where Disney Water Parks are open again. Though it is only one, Disney’s Blizzard Beach, we have them back! 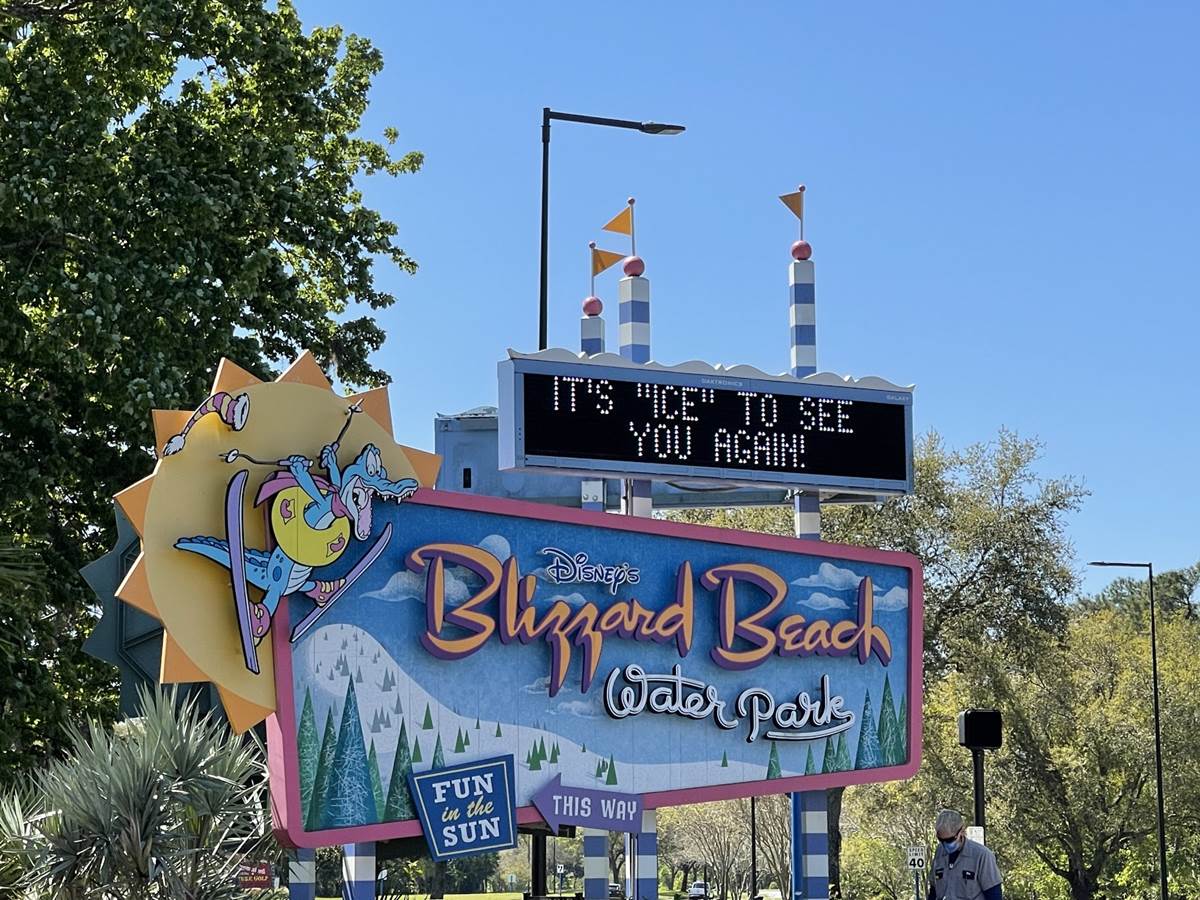 As with the theme parks, Parking Cast Members are on scene to assist with spacing out vehicles properly. 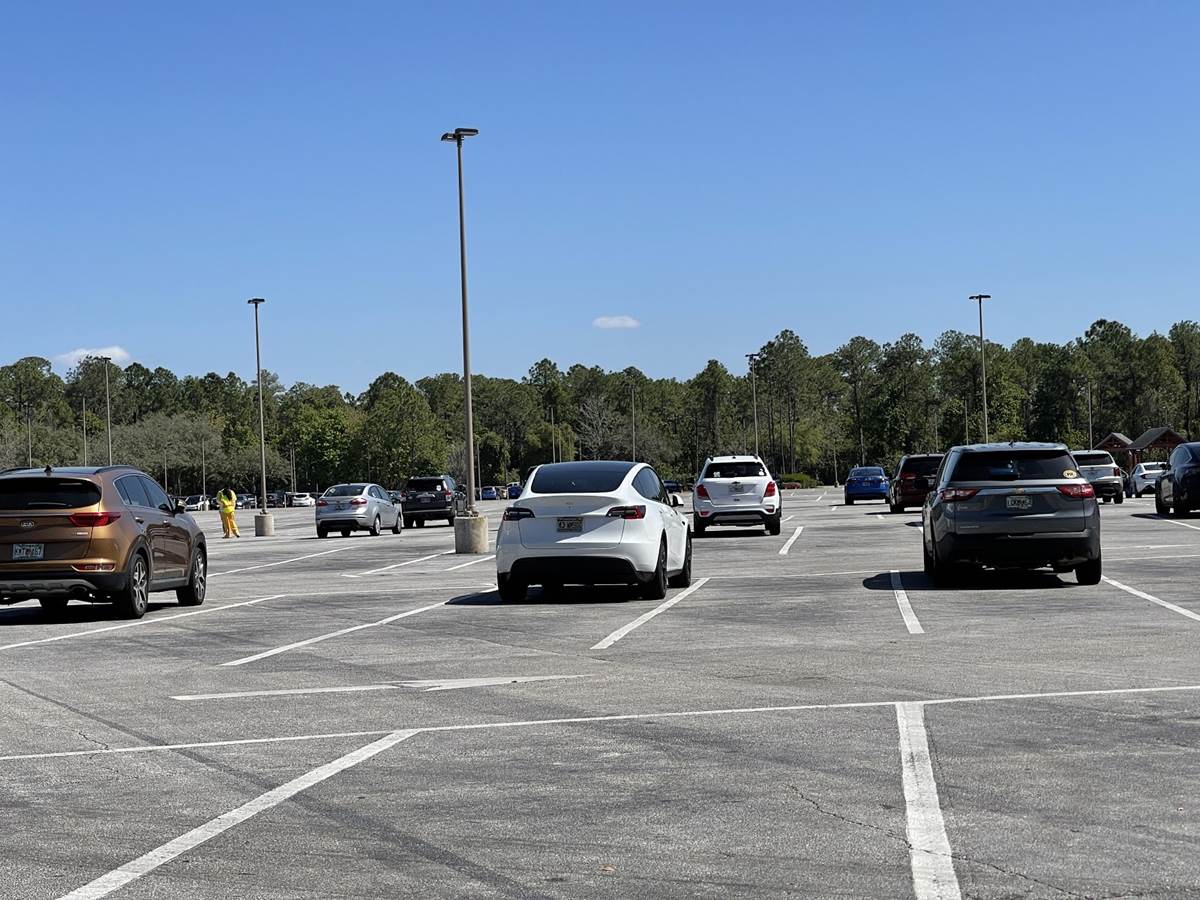 You’ll notice in the pictures that there are few people here. The weather today in Orlando, while quite pleasant, is a bit on the cool side. The temperatures range in the low 60s which for many sounds like a great day, but for those getting out of the water of a lazy river, wave pool, or splashing down after a slide, feels drastically different and uncomfortable making for a not-so-pleasant day. In fact, Universal’s Volcano Bay which also recently reopened, closed for the weekend based on the forecast. The marketing for the reopening of Blizzard Beach is also lackluster, especially when compared to other efforts of Walt Disney World, and even other area parks, so word might not be out yet that “the only ski resort on the meltdown” is open once again. 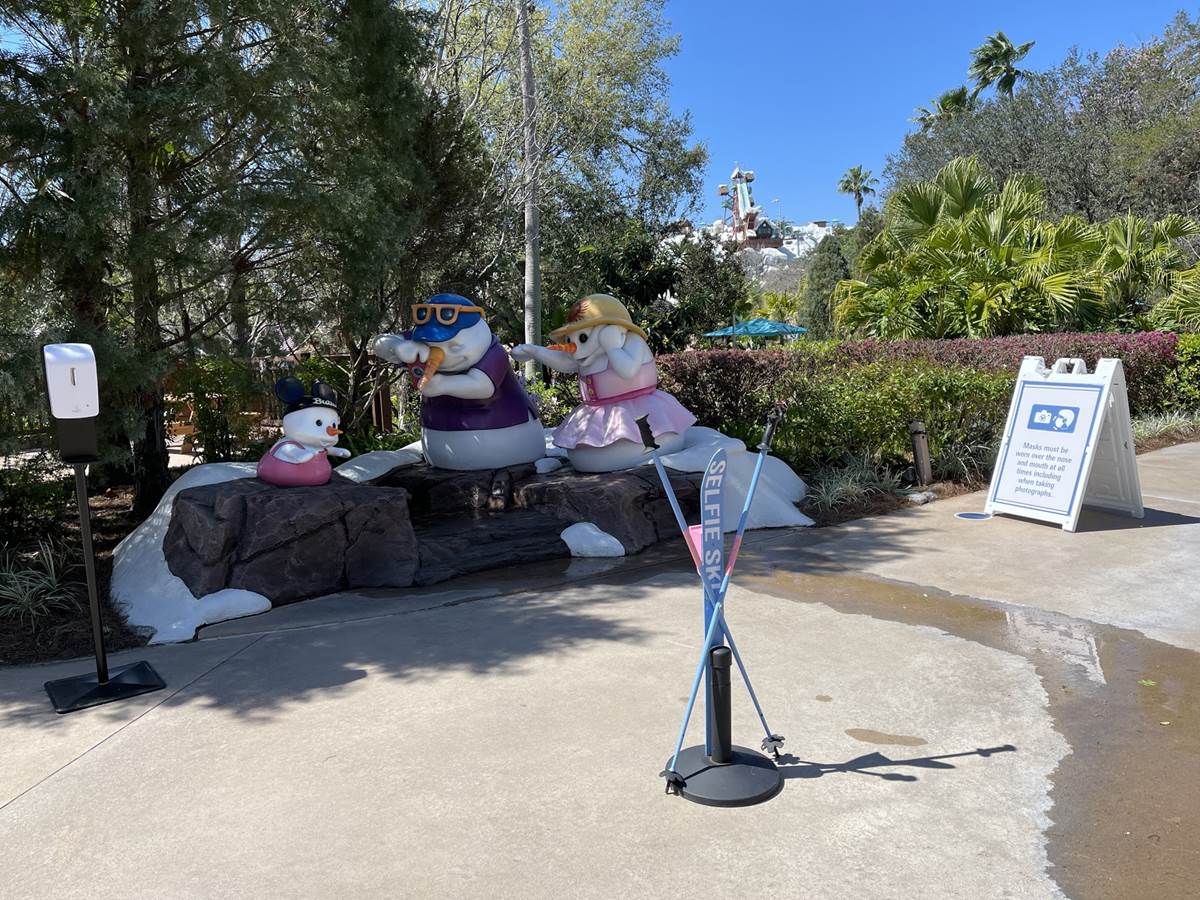 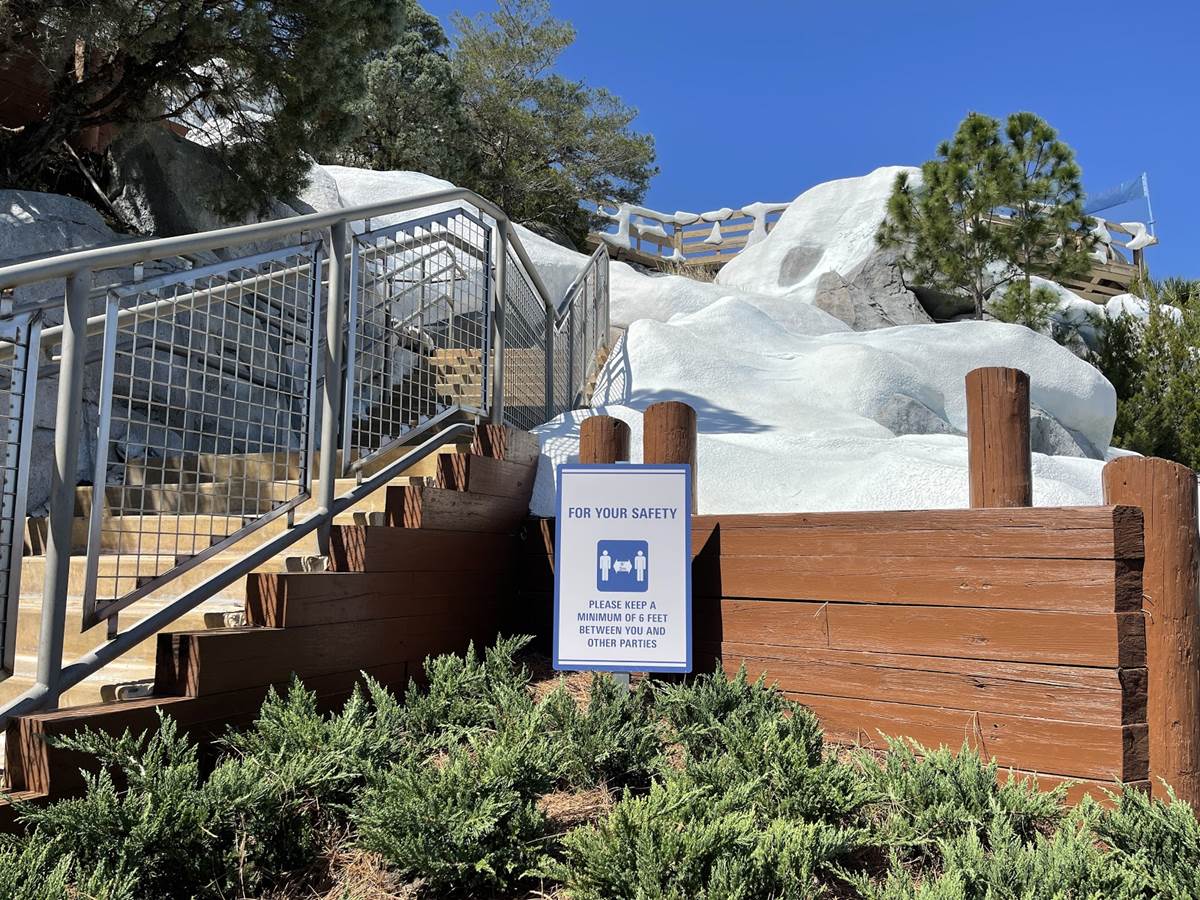 The need for social distancing precautions may not have been needed TODAY but they will be needed in the coming days, weeks, and months, with Spring Break just around the corner and the blistering heat of the summer months ahead with guests ready to hit the fake icy slopes to beat the heat, and with no date for Disney’s Typhoon Lagoon announced yet either, Blizzard Beach remains the only water park option for Walt Disney World guests. Signage, Queue Markers, and other efforts similar to those we’ve already seen in the theme parks are in place. Blizzard Beach’s Chairlift, taking guests to the top of Mt. Gushmore where many slides begin is also operating, though without the single rider line. 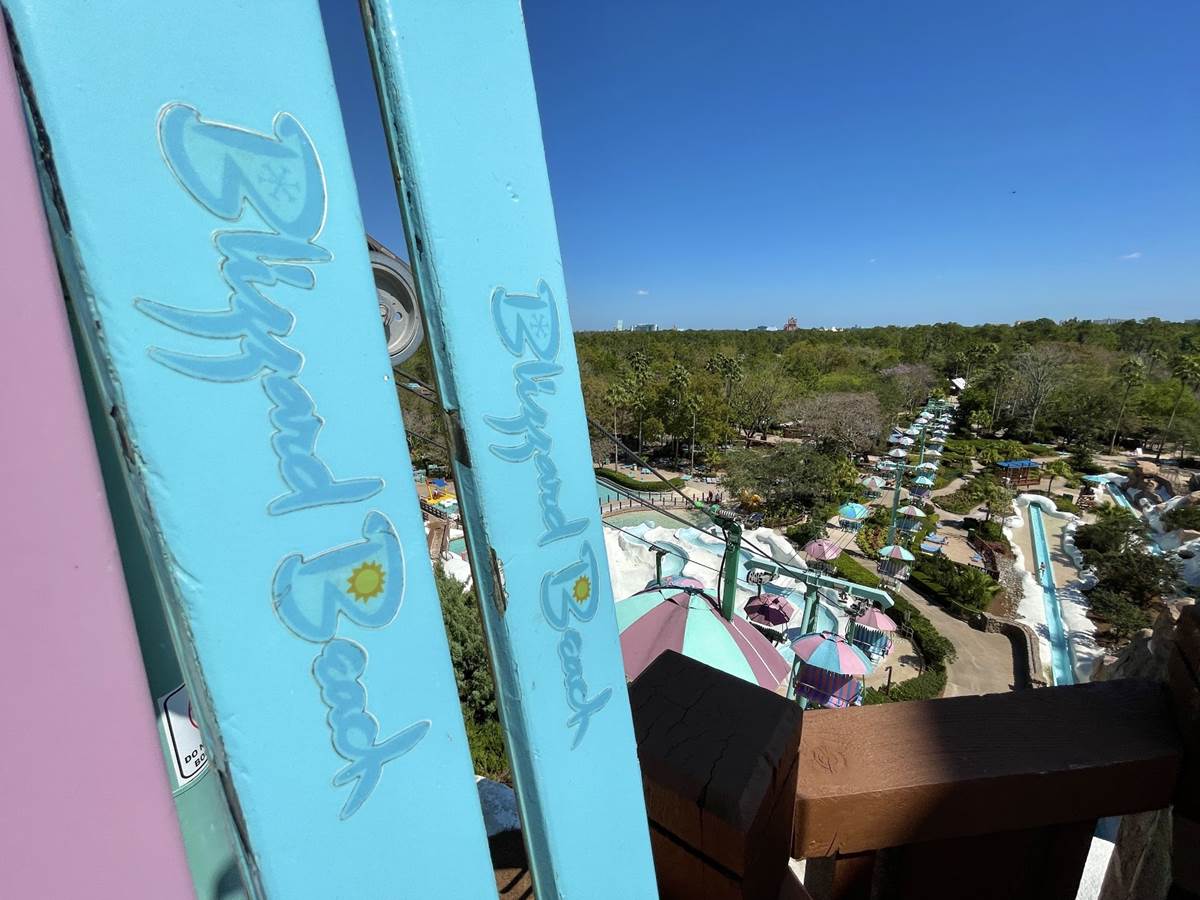 We were able to spend some time at Blizzard Beach just a few days ago for a sneak peek of the new operations there, and you can check that out here, and in the video further down the page. Blizzard Beach is open to the public once again as of today, and unlike the other parks of Walt Disney World, does NOT need a Disney Park Pass Reservation to get in (as of press time), only an appropriate admission ticket. We don’t know about you, but we’ll be there, and we look forward to seeing you on the slopes!