Disney+ is revealing the mysterious and beautiful world of whales in a new trailer for Secrets of the Whales, an original four-part series from National Geographic, executive produced by James Cameron and narrated by Sigourney Weaver, set to be released this Earth Day. 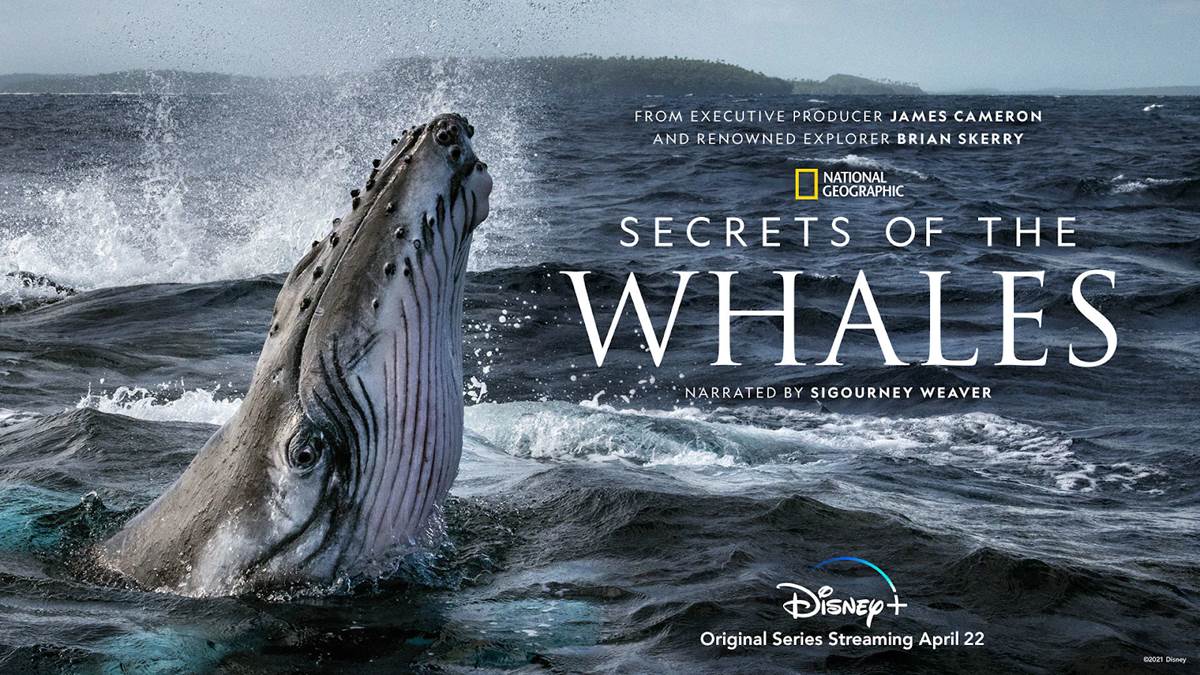