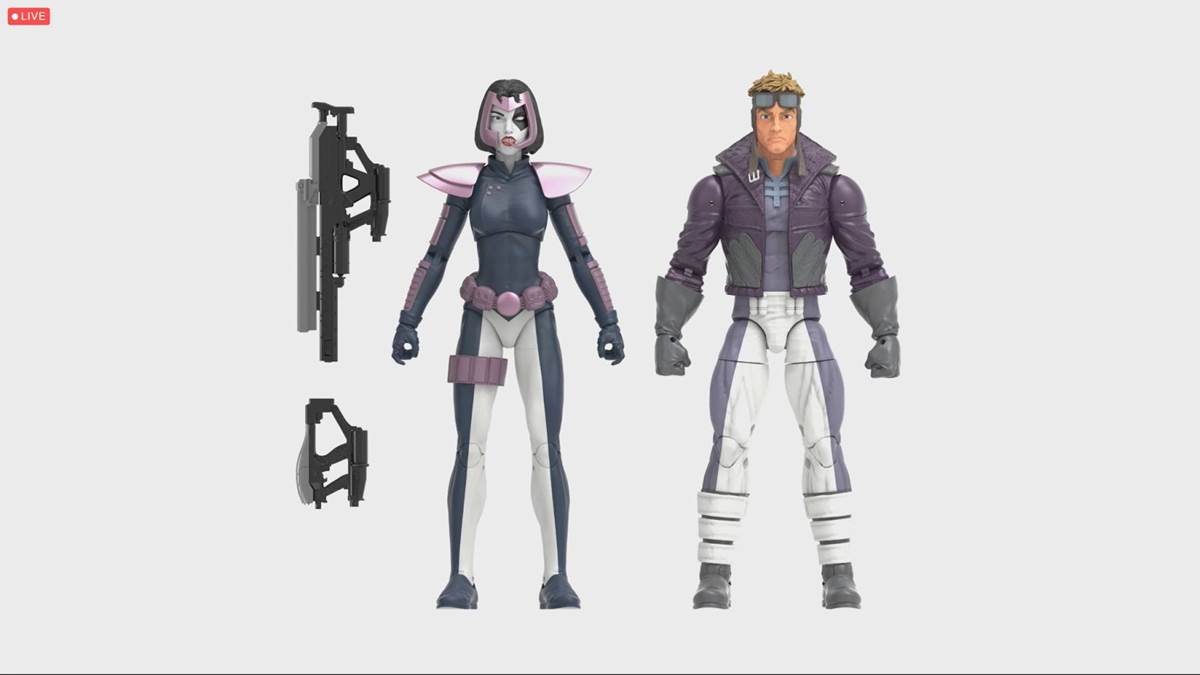 Hasbro Pulse Fan Fest may not start until tomorrow, but this afternoon during the Premium Member party, the popular toy company Hasbro announced a new two-pack coming to the Marvel Legends collection.

Domino and Cannonball from X-Force are both joining Marvel Legends in a two-pack coming later this year. 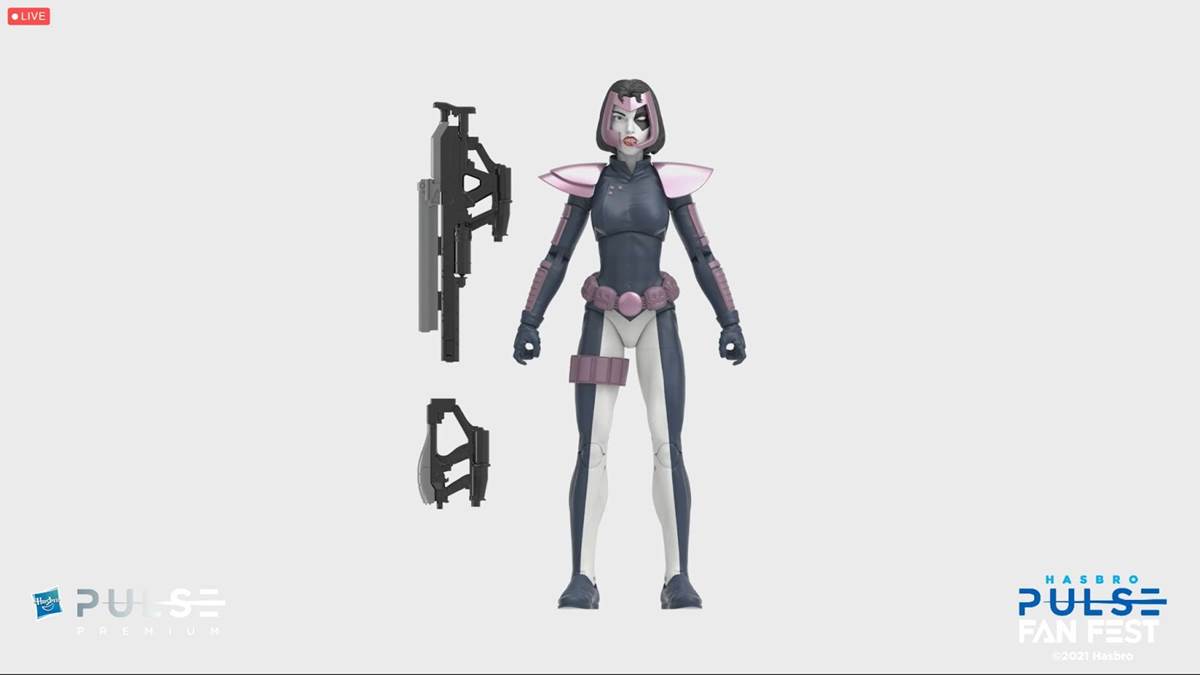 Marvel.com’s official description of Domino: “A career mercenary during her early adult life, it was only after being employed as a bodyguard to the genius Milo Thurman that the mutant Domino became drawn into more social circles. She and Milo fell in love, only to be separated when an attack by A.I.M. terrorists forced Thurman into deeper cover. Believing that Milo was dead, Domino joined the Six Pack and became an ally of the time-traveling mutant Cable (Nathan Summers). For a while she was impersonated by Copycat. Domino has since served with X-Force, worked for the Hong Kong branch of X-Corporation, and fought alongside the X-Men. Able to influence the laws of probability to shift odds in her favor; weapons expert; her staff fires projectiles; a superb athlete, martial artist, and an accomplished linguist, Domino is a mutant you need to watch out for.”

Marvel.com’s official description of Cannonball: “The eldest of ten children, young Sam Guthrie was 11 years old when he became involved in a plot by the Deviants, a genetic offshoot of humanity, to improve their evolutionary status by performing experiments on children. Sam was saved by the timely arrival of the mysterious Deviant Sledge, and the minds of the children – including Sam – were wiped of the events that had transpired. Five years later, Sam's father died, and as the oldest sibling he felt responsible for supporting the family. Giving up a college scholarship, he followed in his father's footsteps as a coal miner. When Sam was trapped with a co-worker in a collapsing mine, the stress of attempting to escape triggered his latent mutant power, enabling him to blast them both free. Renegade Hellfire Club member Donald Pierce learned of Sam's powers and manipulated him into serving as one of his operatives. Pierce sent Sam into battle against Professor Xavier and his fledgling New Mutants team; however, Sam refused to kill the young heroes, instead teaming up with them to defeat Pierce. Xavier subsequently realized that Sam had been misled and invited him to join the New Mutants as Cannonball. Sam soon found himself in the role of co-leader, a position he found awkward due to his relative slowness in mastering his mutant powers compared with his teammates. He also formed a lasting friendship with his teammate Sunspot.” 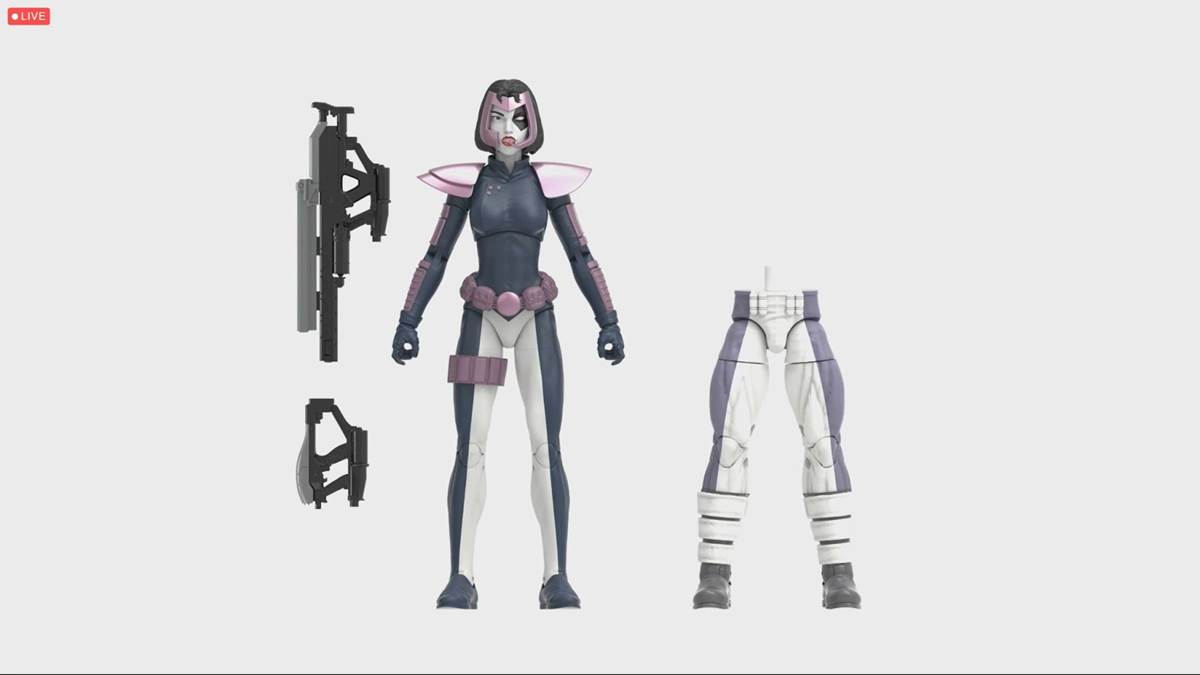 At first the Hasbro team joked that the two-pack would be a one-and-a-half pack that would only include Cannonball's legs alongside the Domino figure.

“The first-ever Hasbro Pulse Fan Fest is a virtual event that celebrates our fans; anchored by product reveals, engaging content, and Pulse Premium opportunities. Taking place on Friday, April 9, 2021, exclusively on the Hasbro Pulse YouTube channel, Hasbro Pulse Fan Fest promises fans a front row seat to panels, brand reveals, and exciting interactivity, all in celebration of the people that inspire us to do what we do every day: YOU, the FANS.”