The Walt Disney Studios are nominated for 15 Oscars this year, with Pixar Animation Studios garnering 5 of those for Soul, Onward, and the short film, Burrow. To celebrate the nominations, the Disney Movie Insiders Podcast sat down with the minds behind the three films for a special Oscars edition of the podcast.

For Soul, we are joined by Directors Pete Docter and Kemp Powers as well as producer Dana Murray. After mentioning that the film has already won the Golden Globe for Best Animated Feature, we dive into the origin story of the film, and Pete Docter mentions that it comes from his son whose personality was so different from birth that they wondered where it came from.

As we progress through the segment, we also learn that Soul stemmed from Docter’s own experience as an animator, knowing it was always what he wanted to be and do with his life, but throughout his life’s journey he discovered that wasn’t the totality of his existence. The original story also saw Joe as a Soul from the get-go, with the movie following an amnesia-like recovery where he pieces together his whole life. Knowing that the main character being an animator might come off as “too boring,” they decided that the character of Joe would be an actor. After working with this they also say (and no offense to actors) that they discovered the actor angle (and the goal of becoming rich and famous) might not be sympathetic enough, that it read as selfish. He needed to have a genuine passion. That’s how they eventually settled on Jazz musician because most Jazz musicians don’t end up in that field for the money and fame. It was Jazz that also served as a metaphor for the entire film.

The amount of research that went into “The Great Before” was vast, studying entire religions from all over the world before they found that the descriptions of souls is what stuck. The religions they studied had no real description of where souls came from, just where they would go (“The Great Beyond”) and they decided early on that they wouldn’t even touch that, just acknowledge it.

Doctor says what he’s most proud of in the film is that Joe’s epiphany isn’t really about the relationship between himself and 22, but rather this lone man and his place in the universe and life, that it’s not just all about his passion, but that he’s part of something bigger than himself.

Aside from the nomination for Best Animated Feature, the film is also nominated for Best Original Score for the work done by Jon Batiste, Trent Reznor, and Atticus Ross, as well as Best Sound.

Director Dan Scanlon and Producer Kori Rae joined the podcast to talk about Onward, which had been thought of since they wrapped Monsters University in 2013. The big theme of the movie they say is to appreciate the people in your life who give you a boost when you need one, but also what you can’t have vs. what you already have. The two brothers who are trying to see their late father provide the perfect backdrop to set up these values.

Pixar fans though would also love to know about the easter eggs that are hidden in the film that they discussed, with Scanlon saying the famous Pizza Planet truck is hidden behind a building that the camera never sees. He is joking of course, and Kori reveals that eagle-eyed fans should keep watching the highways in the film.

Scanlon also says that the legendary nod to CalArts Classroom A-113 in this film is actually the first time that A-113 doesn’t appear visually but is heard in dialogue by Colt Bronco at the end of the film, when he hears a call from dispatch for “A 113 in progress”

He also mentions that a team of fantasy fans was assembled at the studio developing easter eggs for that community ranging from puns like “The Sword in the Scone” to easter eggs that Scanlon said will likely go over the heads of even the most die-hard fantasy fans. 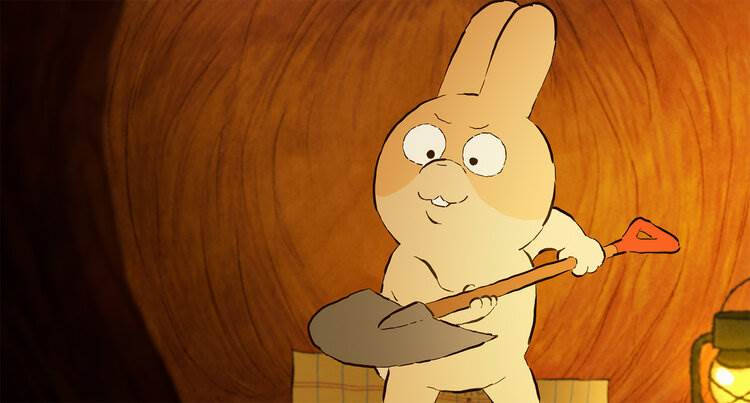 The idea of Burrow came from Director Madeline Sharafian’s own experiences at Pixar, afraid to ask for help because of the high bar that has been set by the name of the studio alone, finding herself isolated much like the rabbit that is the star of the Oscar-nominated short. We also learned a few other things thanks to the “Insider 5,” five questions about to learn more about the pair.

Sharafian also looks back fondly at her favorite film from youth, Robin Hood, in which they wore out the vhs tape so bad that it couldn’t make it through the movie but Mike Capbarat also just loves the old VHS intros, even whistling the famous tune with eerie accuracy. Sharafian also cites Spirited Away as a movie that made her want to get into animation and filmmaking.

The question that captured our attention most though was “What Disneyland Attraction Is Your Favorite.” Maddie said hers is the Indiana Jones Adventure, but she doesn’t like riding it over and over again because she doesn’t want to ruin it, but something like Smuggler’s Run in Star Wars: Galaxy’s Edge where she can ride again and again with a goal in mind is good too. Mike was fearful that Maddie would steal his answer but she didn’t. His response? Peter Pan’s Flight. “I could do that all day. Every day.”

Burrow is nominated for Best Animated Short Film. These 5 nominations only represent some of the nominations from the Academy of Motion Picture Arts and Sciences, and you can see the full list of nominees for this year here. 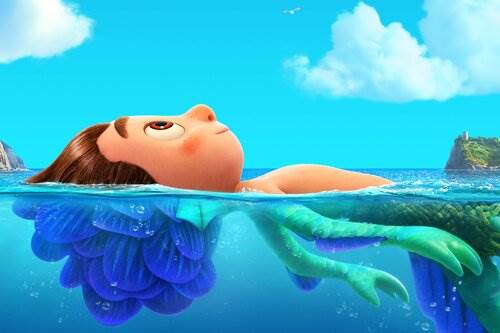 Pete Docter, as Chief Creative Officer of Pixar Animation Studios also had a few things to say about what’s coming up for the studio. He mentions Luca, coming up in June, as a great way to kick off summer with a trip to Italy in a film about friendship from the director of the short, La Luna. He also looks further down the line at Turning Red from the director of Bao, Domee Shi, mentioning that it is reminiscent of Teen Wolf, with a girl who can get too excited and turn into a giant red panda. He said that the future of the studio is all about new, different, diverse, stories that come from deeply personal stories which will give the films from the studio a very Indie feel.

You can listen to Disney Movie Insiders Presents: The Oscars for yourself here.