Funko has released a special Halloween exclusive Pop! Figure to Spirit Halloween stores featuring Dani Dannison from 1993’s Hocus Pocus carrying her new friend Binx, and you should get yours before she turns him into one of those fat, useless, contented house cats. 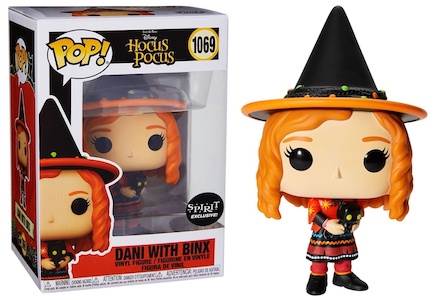