D23 welcomed Disney fans to The El Capitan Theatre in Hollywood tonight ahead of the opening of Disney’s Jungle Cruise on July 30th. The event included some fun surprises for Guests in attendance beyond the film itself. 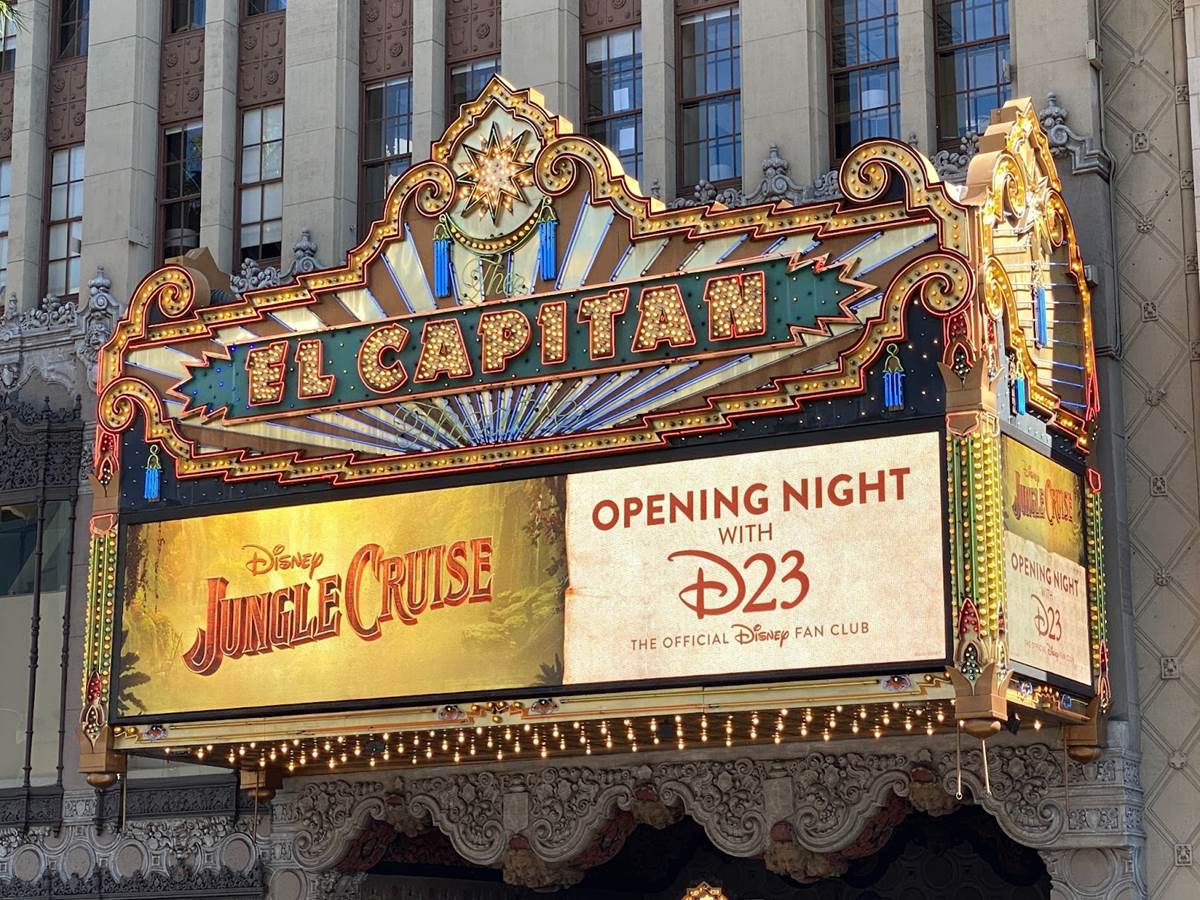 Included with the $20 admission price, Guests received a beverage, popcorn, and pineapple Dole Whip, which isn’t typically on the concessions menu at the El Capitan Theatre. 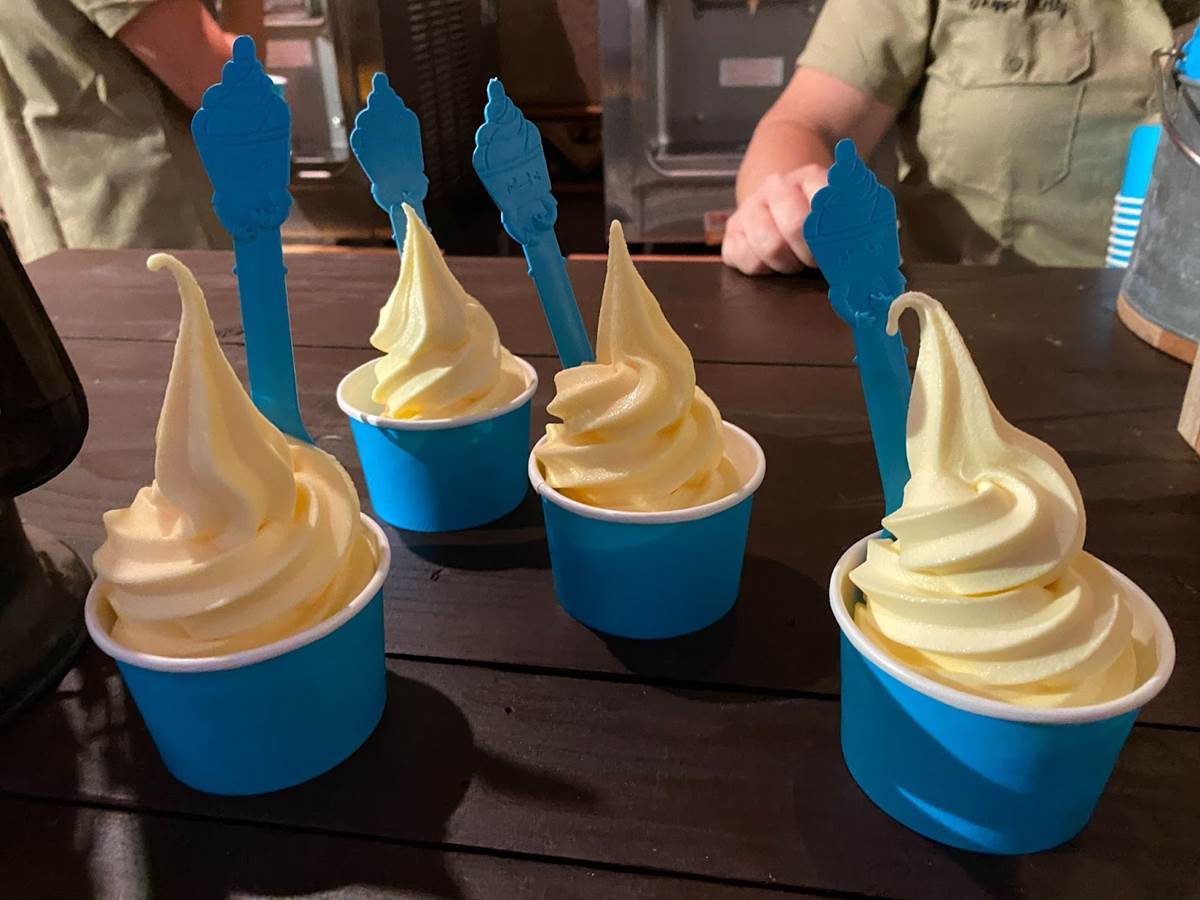 A photo opportunity also awaited Guests in the lobby where they could appear as if they were skippering their own cruise. 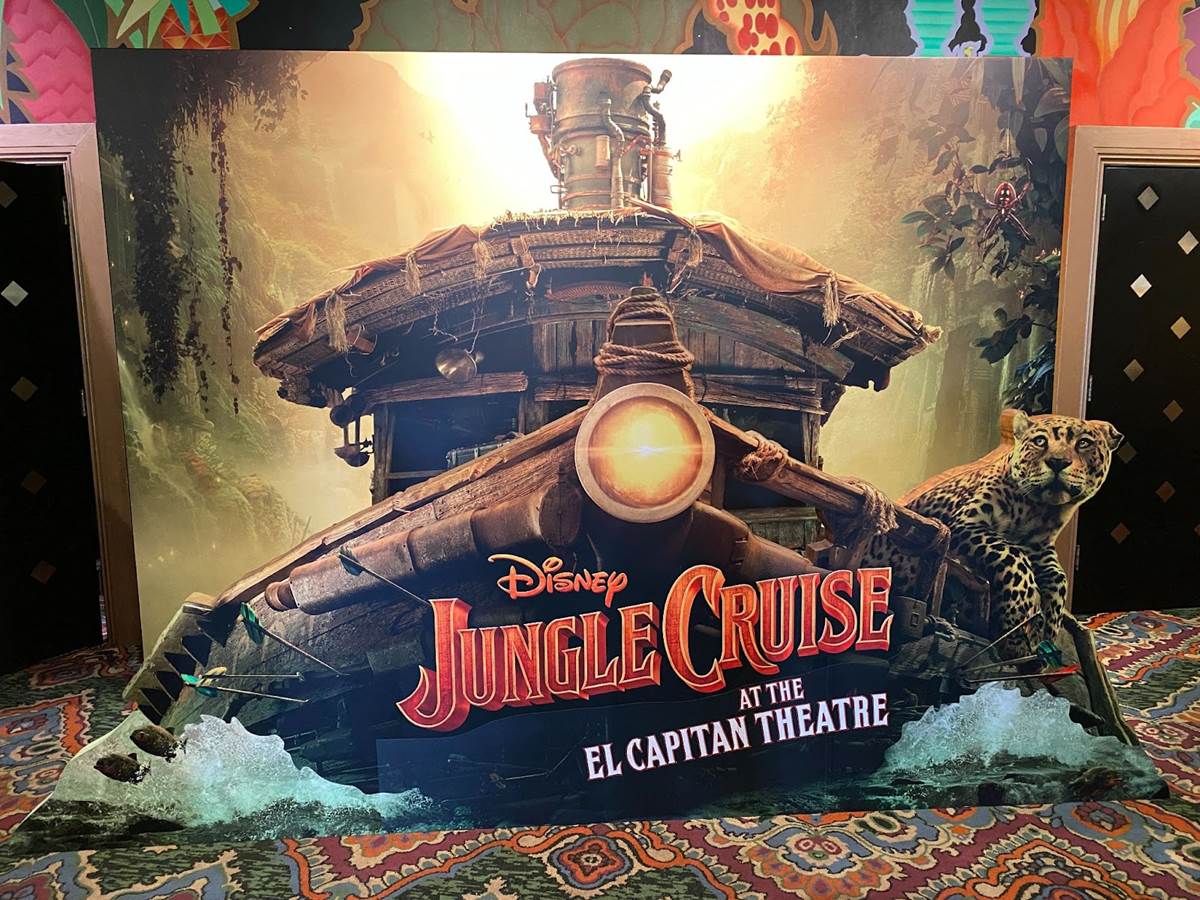 A themed skipper hat was a welcome souvenir, the same one given to Guests in attendance at the Disneyland premiere. 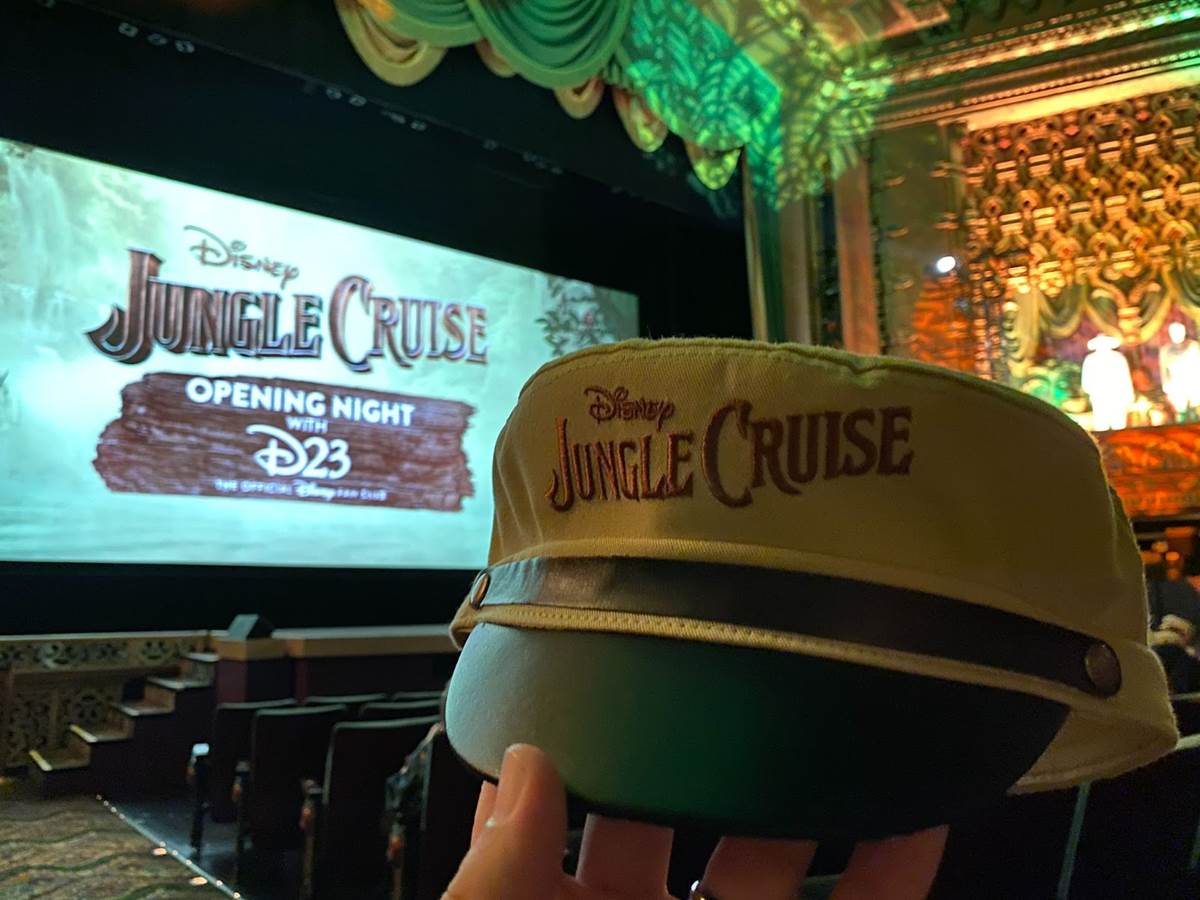 Screen-worn costumes from the film were also on display on the two balconies of the theater. Below is Emily Blunt and Dwayne Johnson. 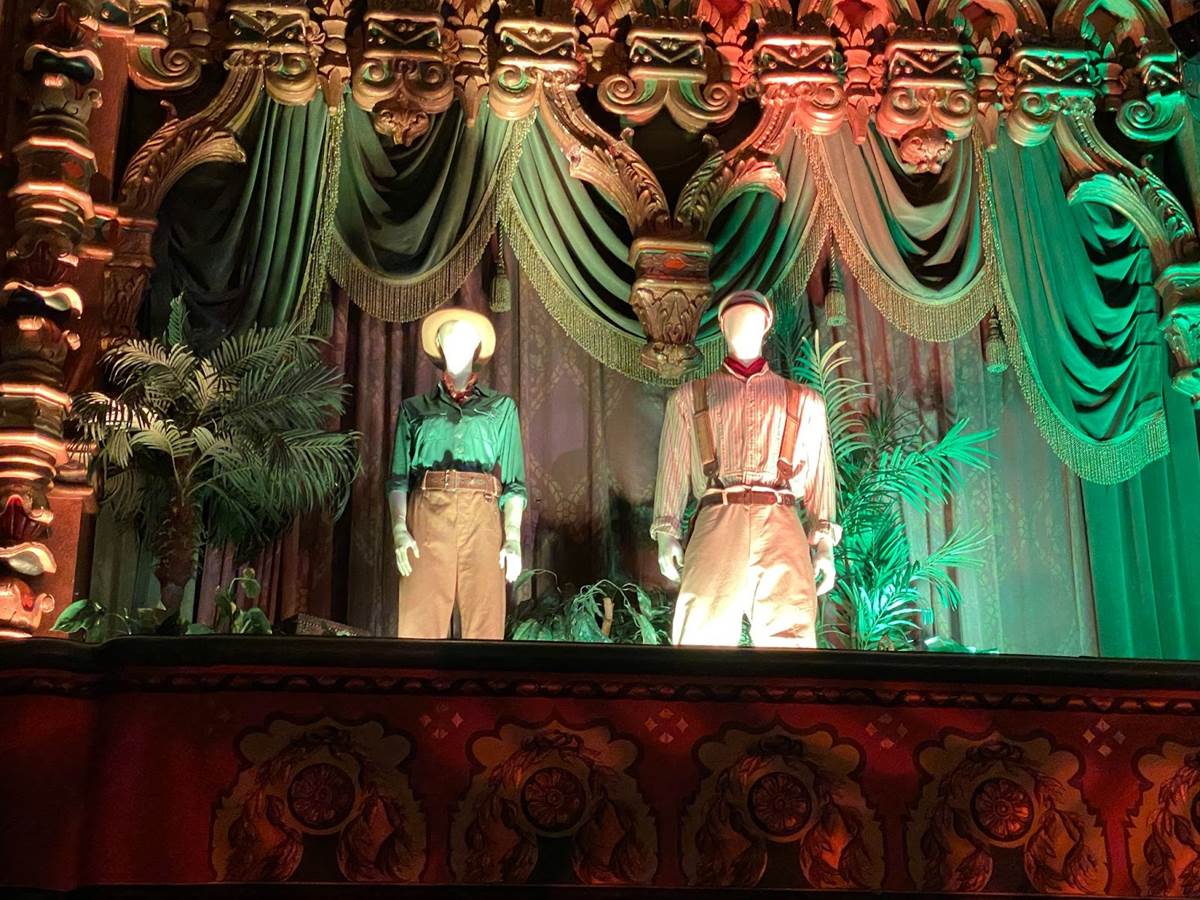 On the opposite side of the theater were costumes worn by Jack Whitehall and Jesse Plemons. 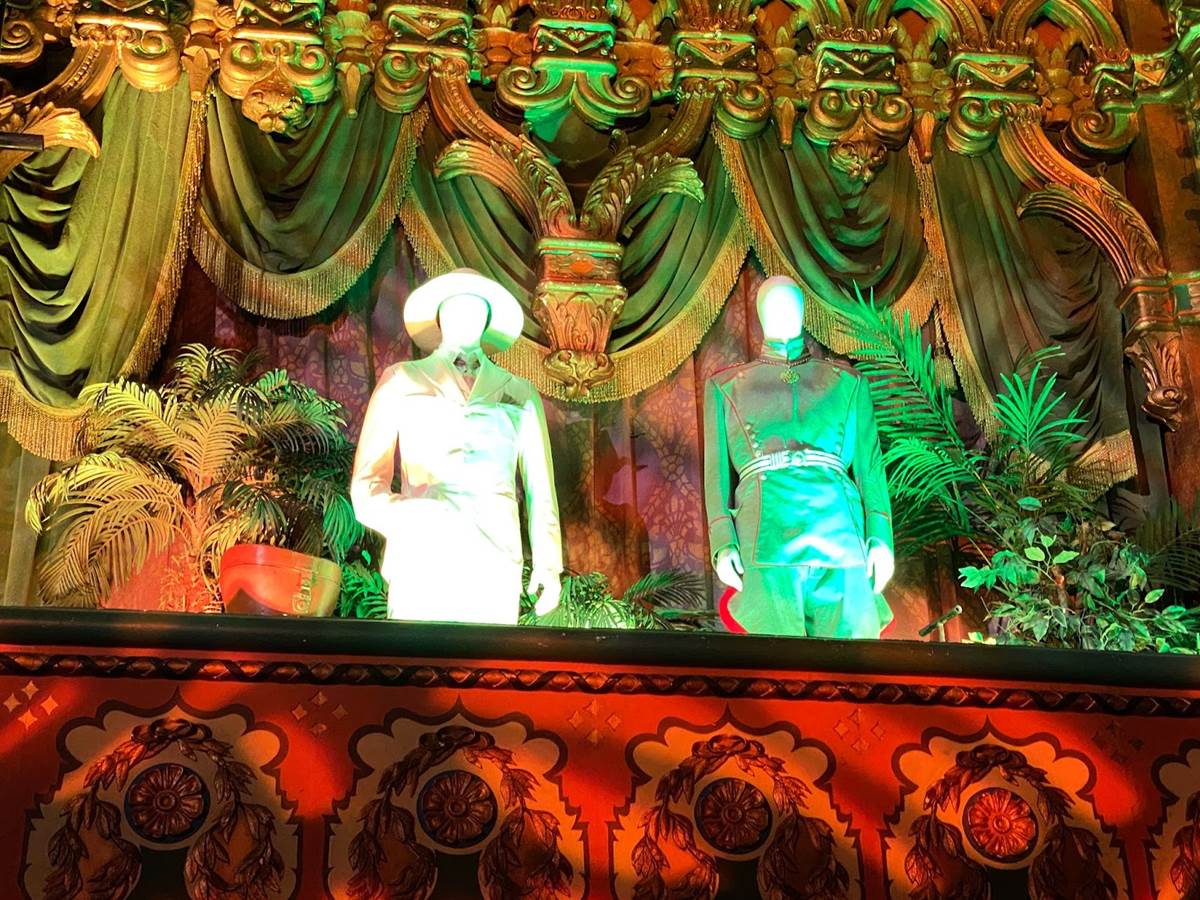 El Capitan Theatre fans will be delighted to know that the event marked the triumphant return of organist Rob Richards, making his first performance in the theater in 2021. At the finale of his set, he picked up the skipper hat on his Wurlitzer and wore it during the “Be Our Guest” finale. The film was introduced first by D23 President Michael Vargo, followed by Disney CEO Bob Chapek, who was a surprise special guest of the evening. You can see more highlights from the event, including the film’s introduction, in our video below.