The event began with a look at figures coming soon for the Eternals, including a look at some of the figures that had been revealed last week. 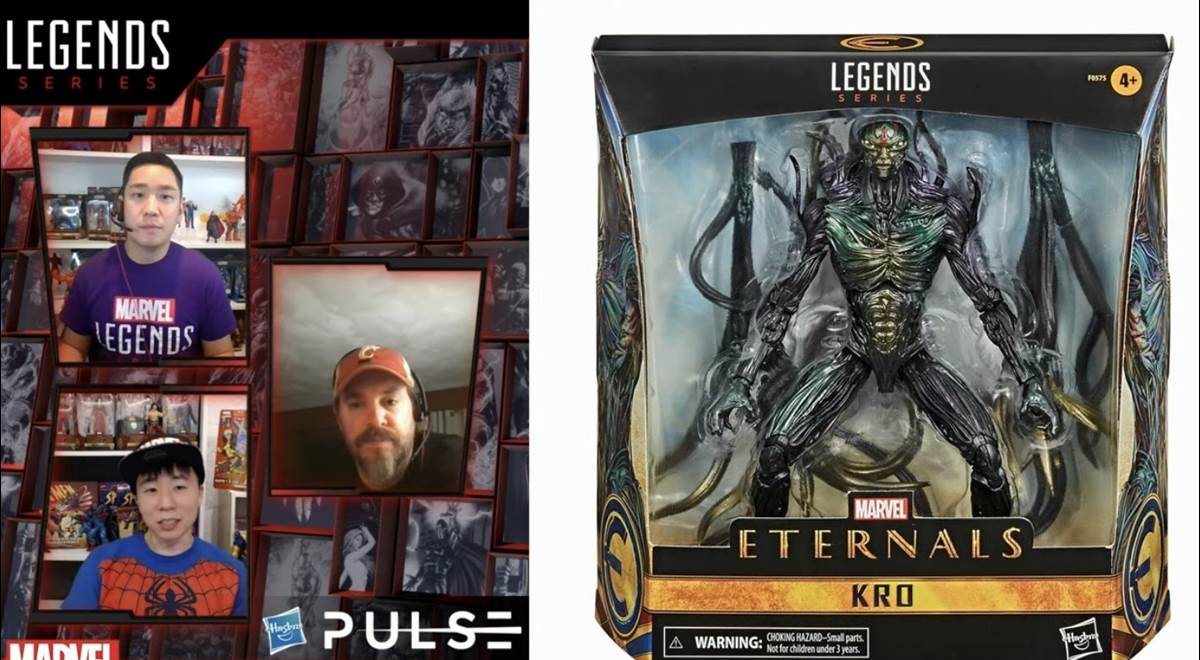 Hasbro then gave a first look at Kro, the deviant villain from the film. He will be available at all retailers as a deluxe figure.

We then got a look at new figures coming out for Spider-Man: No Way Home, after the incredible trailer premiere a few days ago. They started off with a closer look at figures already revealed including the black and gold Spider-Man suit, which they aren’t allowed to say more about.

J. Jonah Jameson is getting an MCU figure complete with alternate hands and two expressions, giving the full J.J. experience.

Doctor Strange is also getting a figure, including new pieces and updated likeness. Hasbro was able to give him a much more authentic look.

Hasbro then showed new figures coming to the Legends series including Morlun, not to be confused with Morbius.

Shriek is also joining the Legends line for the first time, including new articulation with double pinless arms and legs.

Miles Morales from the Sony video game was revealed complete with extra parts and head that is unmasked.

Armadillo was then revealed, a huge figure compared to normal releases but still has lots of articulation. He will be part of the Build A Figure line with the new Spider-Man wave available to pre-order starting tomorrow, August 27, at 1:00 pm ET on Hasbro Pulse’s website.

Hasbro then revealed a new Spider-Man Infinity Saga Iron Spider Helmet from Avengers: Endgame. The eyes can go from blue to the red “instant kill mode.” The helmet does break on each of the sides and splits in the middle to allow most people to wear

The new release will have two SHIELD Agent figures coming with three swappable heads and more. This will be a Hasbro Pulse exclusive, but no release date was given at this time other than later this year.

The final True Builder for 2021 will be a Skrull infiltrator, coming out later this year, but no pre-order date given at this time.

All three figures will be sold in a pack with some incredible packaging that comes with cards that have their power ratings and more. It’s not up for pre-order yet, but more information will be shared soon.

You can catch the full Fan First Thursday below to see and hear more details on each of the figures.