Disney Classic Games: Aladdin and The Lion King released back in 2019, and today, Nighthawk Interactive announced a new version which includes even more retro games like the Super Nintendo Entertainment System Aladdin game, The Jungle Book, and more. 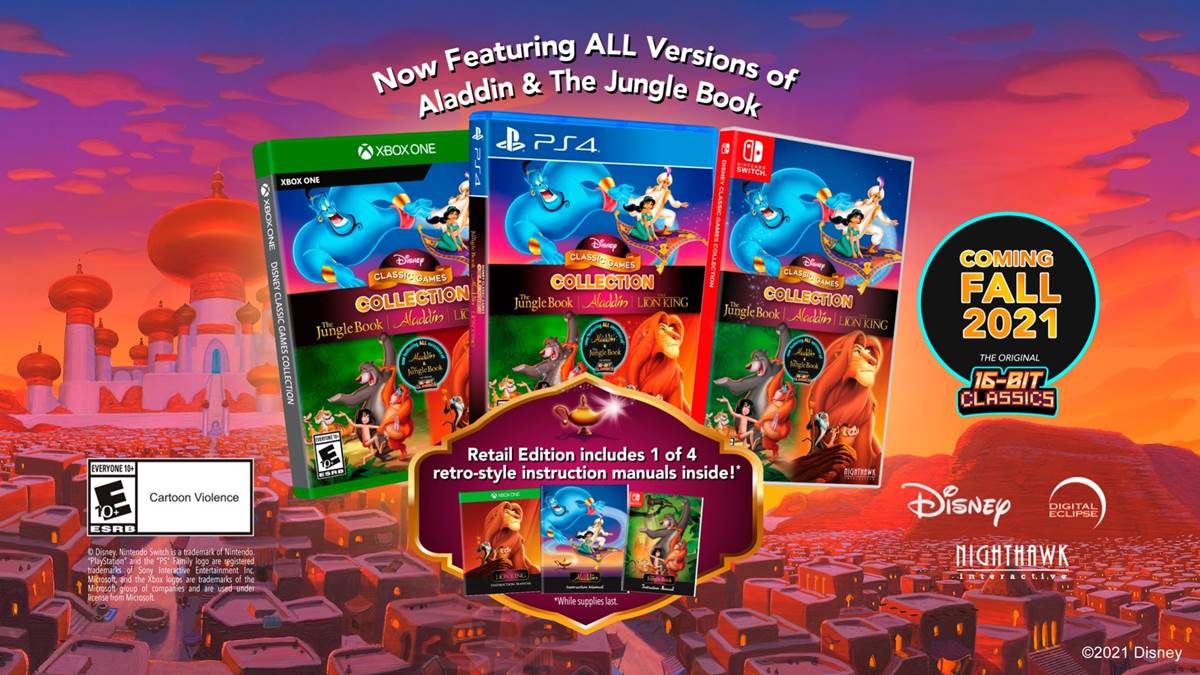 What If I Purchased the Original Collection:?

The Disney Classic Games Collection is available to pre-order starting today and will release on November 9.