Disney Parks Blog will be livestreaming both “Harmonious” and “Disney Enchantment” before their official premieres on October 1, 2021. 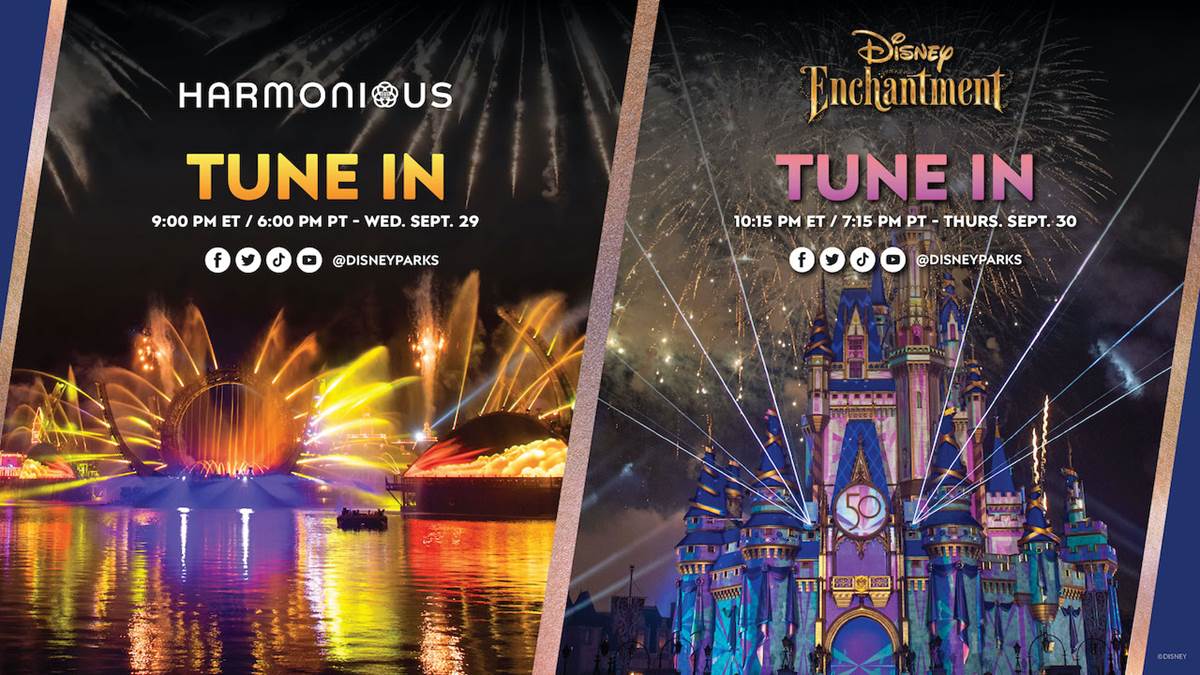 Disney Enchantment will debut in Magic Kingdom Park and “Harmonious” at EPCOT on October 1 as part of the Walt Disney World Resort’s 50th anniversary, “The World’s Most Magical Celebration.”