All the fun of the World’s Most Magical Celebration is getting ready to begin in literal hours, and part of that fun is the debut of the new daytime show at Disney’s Animal Kingdom, Disney KiteTails. 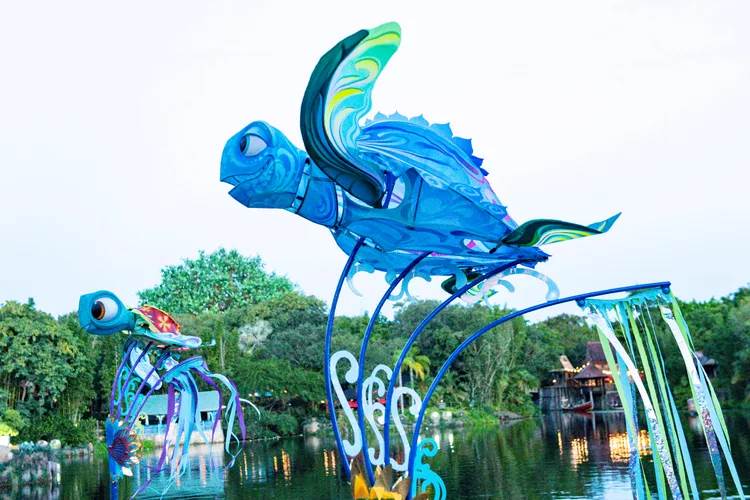 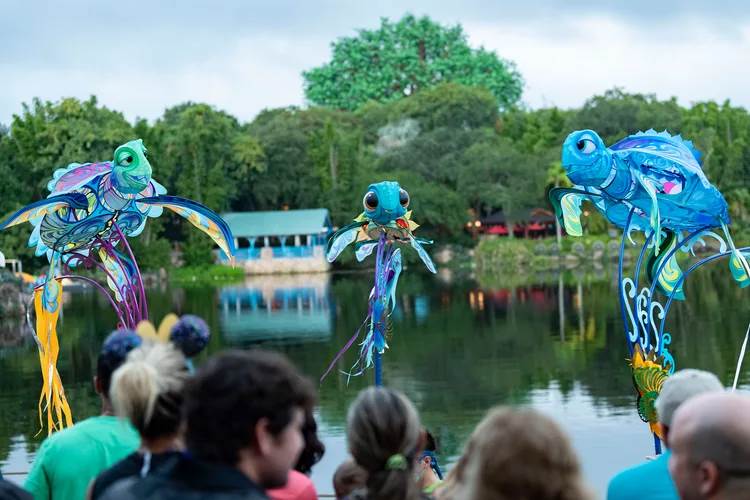 Happening several times daily at the Discovery River Theater near DinoLand U.S.A. (former home of Rivers of Light), guests make their way into the space, joined by a team of performers bringing with them a colorful collection of oversized props and kites adorned with Disney animal friends from The Little Mermaid, A Bug’s Life, and Finding Nemo. Original, worldbeat arrangements of favorite Disney tunes fill the air, and the excitement builds toward the launch of an impressive show of kites over the lagoon.

Characters from A Bug’s Life, Moana, Pocahontas, and more fill the seating area in wonderful kite form, before a pre-show begins featuring characters from Finding Nemo and The Little Mermaid. 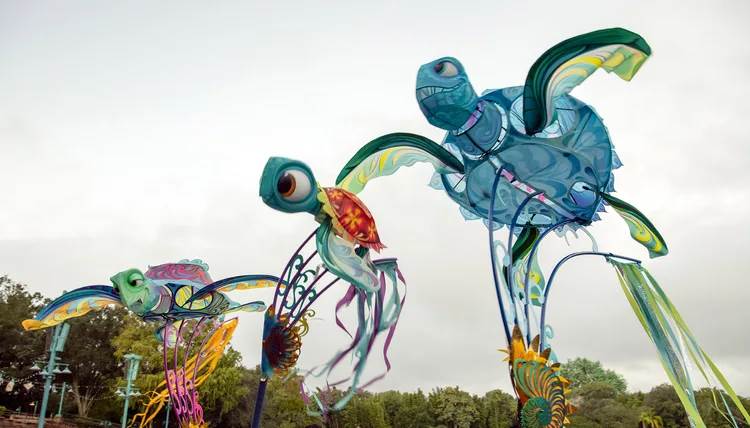 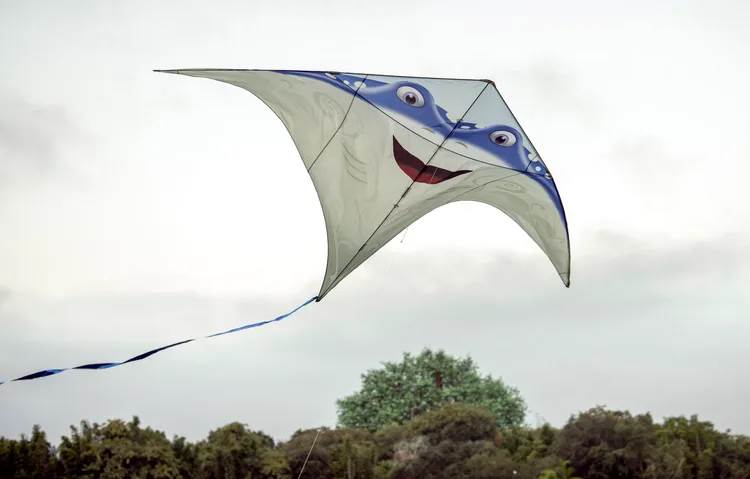 From one performance to another, you may see Baloo the bear dancing in the sky or Zazu the red-billed hornbill chasing after Simba. These remarkable kites, some as large as 30 feet in length, are inflated by moving through the air, allowing characters like King Louie or Timon and Pumbaa to soar like never before!

The Jungle Book version of the show features characters like Baloo and King Louie taking to the sky, while Colonel Hathi and the other elephants make their way through the crowd to songs like “The Bear Necessities” and “I Wanna Be Like You.”

In The Lion King version of the show, guests will hear familiar tunes like “I Just Can’t Wait to be King,” and “Hakuna Matata” as well as new renditions of scores from the movie while Zazu, Timon, Pumbaa, and Simba (both young and old) take to the sky. Disney KiteTails is being performed now at Disney’s Animal Kingdom as part of the World’s Most Magical Celebration, honoring 50 years of the Walt Disney World Resort.