As part of our coverage of Walt Disney World’s 50th Anniversary Celebration, we’re happy to share our first video of the brand-new EPCOT nighttime spectacular, Harmonious. The show officially debuts on October 1st, but “Soft opened” on September 29th. Viewable from anywhere around World Showcase, the best way to see all of the show’s components is from the entrance to World Showcase (between Mexico and Canada) so you can see the projections on the mist in the center ring. 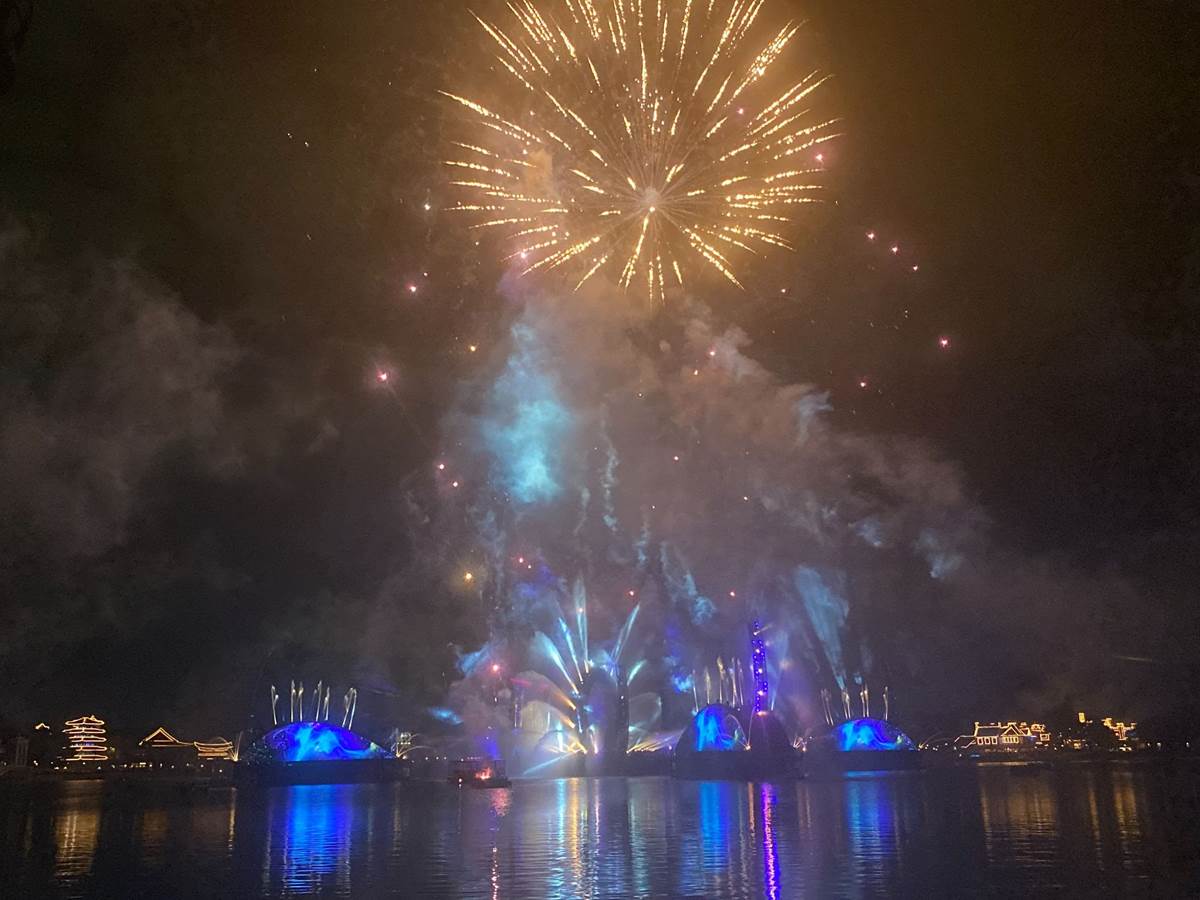 Using memorable Disney songs, Harmonious celebrates the musical sounds of the world through Disney imagery with video elements, water fountains, lasers and fireworks. 15 songs are included in 13 languages performed by 240 artists from around the world. The show begins with “How Far I’ll Go” and “Go the Distance” to begin your journey around the world, which includes Africa (The Lion King), India (The Jungle Book), the Arab World (Aladdin), China (Mulan), France (Beauty and the Beast/The Hunchback of Notre Dame) Scotland (Brave), Mexico (Coco/Saludos Amigos), and the United States of America (The Princess and the Frog). The grand finale that ties the whole show together is set to the song “Someday” from the end credit song from The Hunchback of Notre Dame.

Enjoy the full show now on the Laughing Place YouTube channel and see Harmonious for yourself on your next visit to EPCOT.