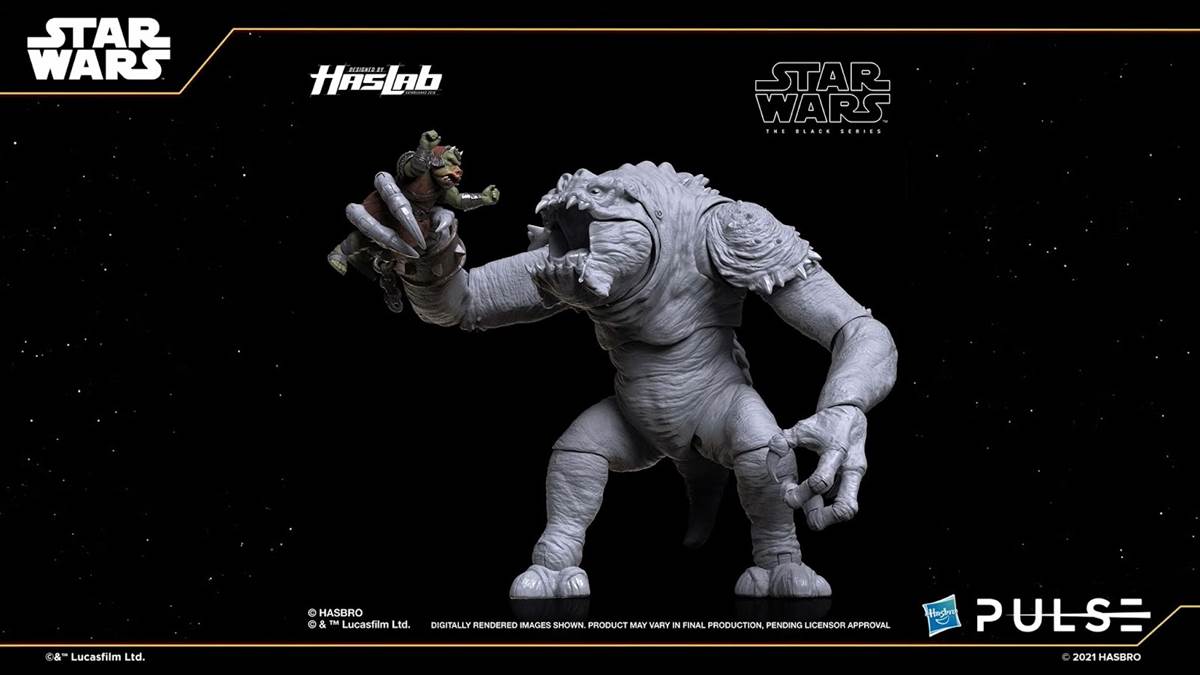 This morning Hasbro revealed more details about its highly anticipated HasLab Rancor action figure from Return of the Jedi– the largest 6”-scale toy ever produced in the company’s popular Star Wars: The Black Series line.

During today’s half-hour Fan First Friday livestream, Hasbro representatives gave viewers more information about the Rancor’s articulation, showing off the first physical unpainted prototype to be produced, though the final product will definitely feature full, authentic coloring. They also announced the first-tier stretch goal for the Rancor project: a repackaged Gamorrean Guard Black Series figure on a unique “The Power of the Force” retro-style cardback.

For more information and to back the HasLab Black Series Rancor project, be sure to visit the official Hasbro Pulse website.