Universal Studios Hollywood invited us to check out the holiday festivities going on in The Wizarding World of Harry Potter, specifically the incredible projection show, The Magic of Christmas at Hogwarts Castle.

As soon as you step into The Wizarding World, you’re immediately greeted by garland strung all throughout the village of Hogsmeade. And once night falls, the garland lights up to make Hogsmeade look even more beautiful. 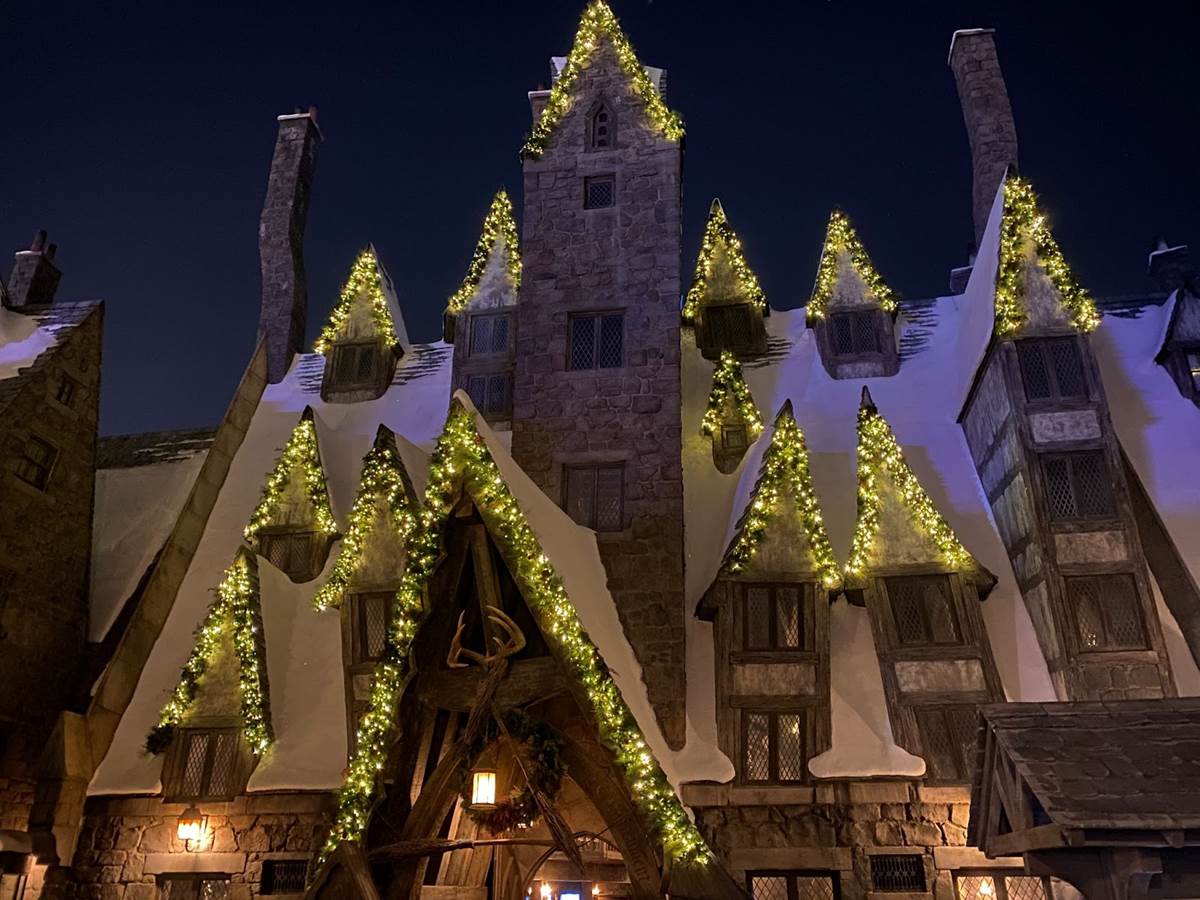 Other elements of Christmas at The Wizarding World include a special holiday acapella performance from the Frog Choir, delicious Hot Butterbeer and holiday fare available at The Three Broomsticks. I was able to try both the Hot Butterbeer and the special English Holiday Dinner, which was a delicious meal complete with turkey, bacon-wrapped sausage, brussel sprouts, stuffing and carrots. 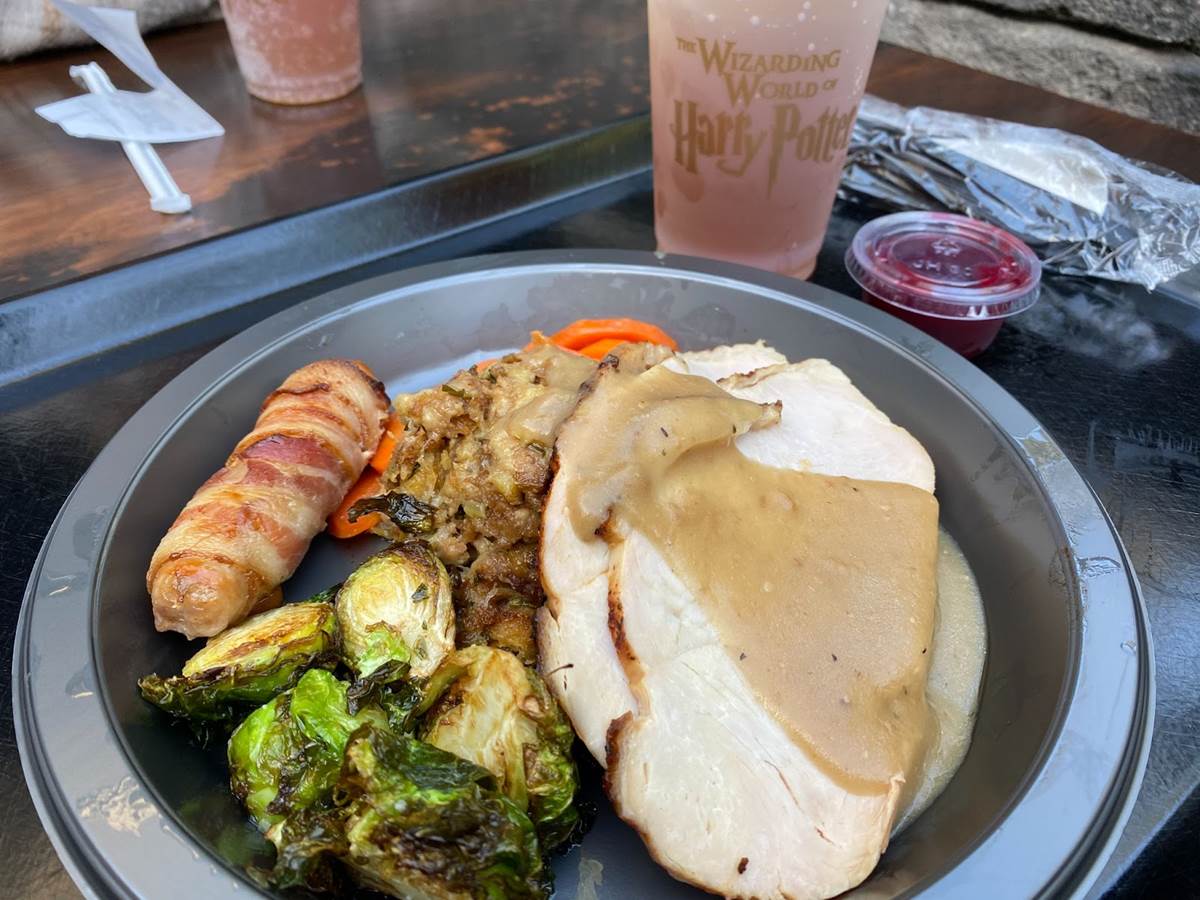 The main part of the festivities is the nightly show, The Magic of Christmas at Hogwarts Castle. The show starts off with spirited ghosts singing old-fashioned Christmas carols, before going through all of the iconic Christmas moments from the Harry Potter films. This really is an impressive use of the projection mapping technology that has become commonplace at Universal and Disney parks.

I had the chance to talk with Stephen Siercks, Senior Director of Entertainment Production at Universal Studios Hollywood, about the Christmas festivities you can find in The Wizarding World.

The Christmas festivities in The Wizarding World aren’t all Universal Studios Hollywood has to offer. In addition to fantastic decorations all throughout the park, there’s also the Grinchmas event, that Mike was able to check out recently. 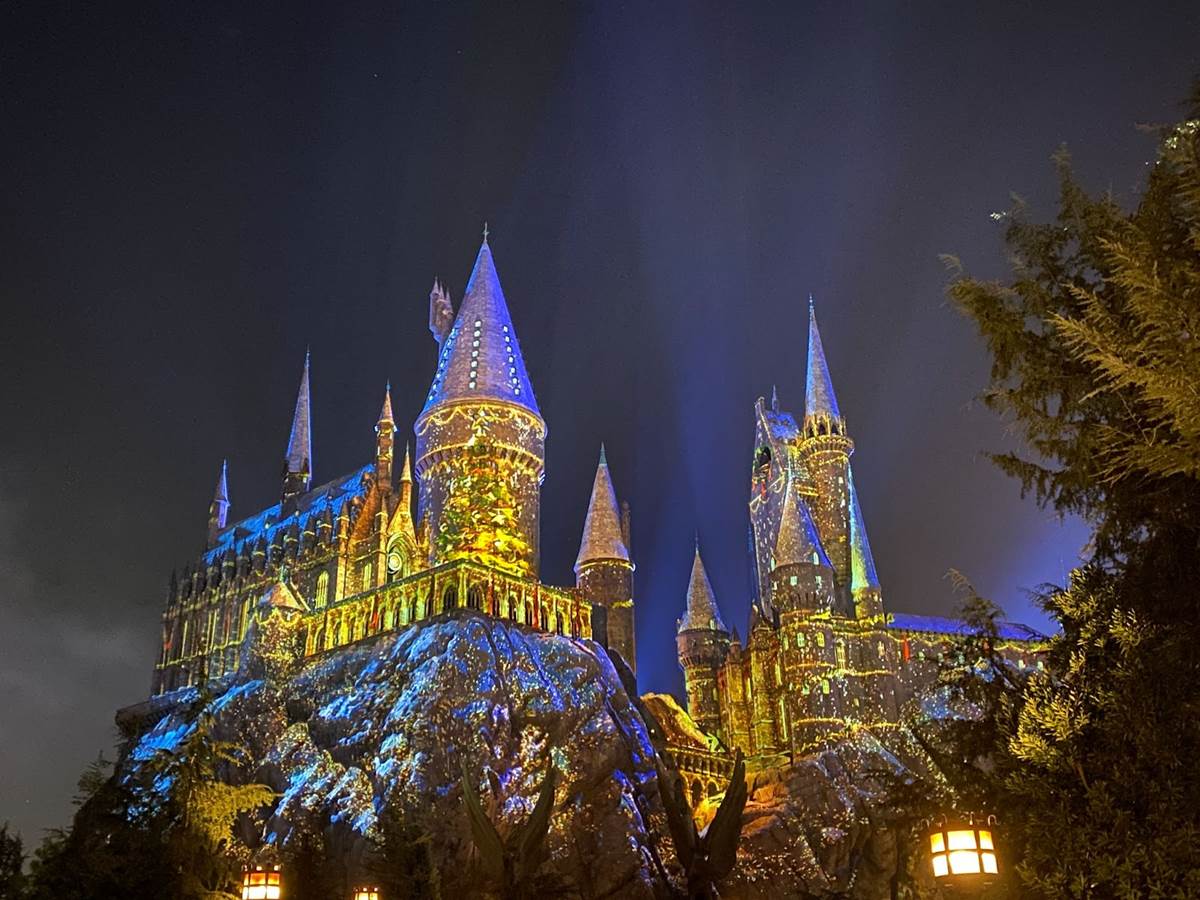