The UFC was back in Las Vegas tonight for an incredibly exciting night headlined by two championship fights. It was a wild night of knockouts, submissions and quite possibly the biggest upset in the history of Mixed Martial Arts. From the prelims to the main event, the energy in Las Vegas never let up.

Let’s take a look at some of the highlights of the night and break down the three fights we looked at in our UFC 269 preview. 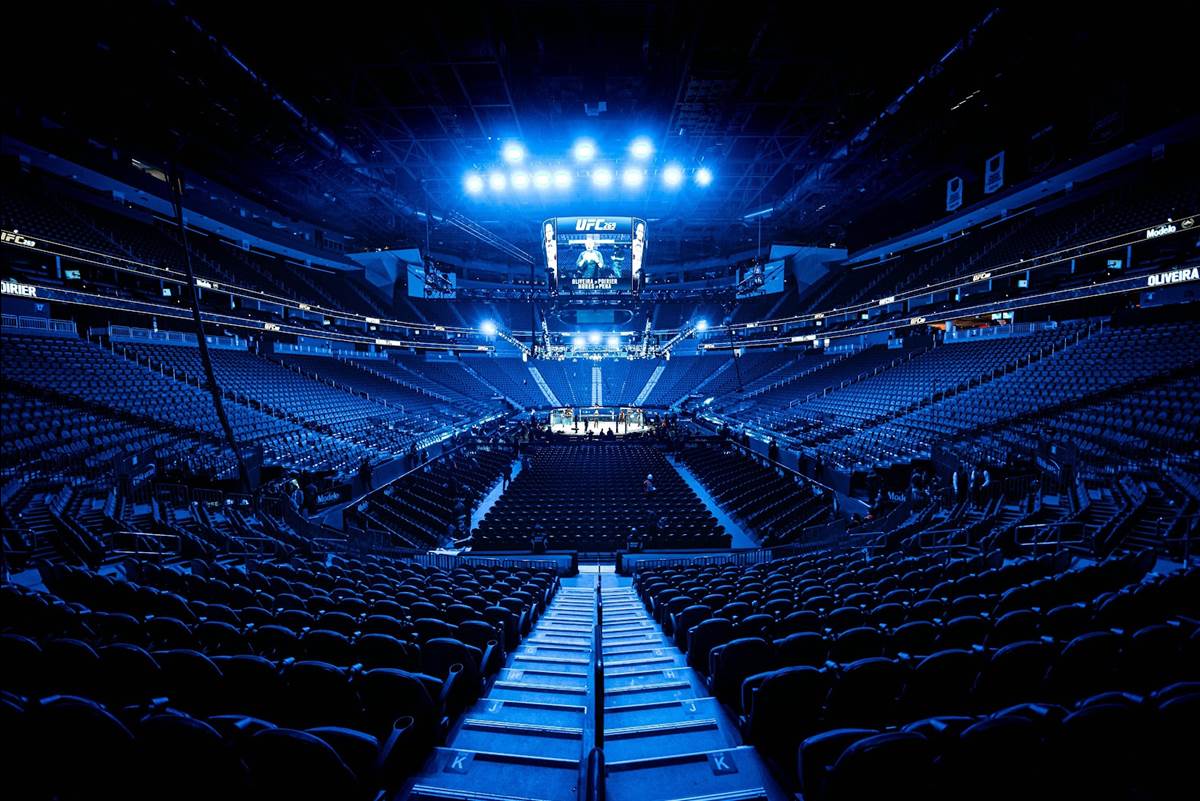 In one of the early prelims, we got to see just how talented one of the UFC’s new young stars is as the 22-year-old Erin Blanchfield absolutely dominated Miranda Maverick. She showed off some very impressive grappling talent en route to unanimous 30-27s. Every time Maverick tried to scramble, Blanchfield had an answer and kept her opponent on her back for the majority of the fight. It was a huge step up for Blanchfield and a disappointing loss for Maverick.

Speaking of big wins, Andre Muniz wasted little time scoring his third straight submission victory by locking in an armbar on Eryk Anders just over three minutes into the first round. After breaking Jacare Souza’s arm back in May, this was a big validation for the young Brazilian. He is quickly become one of the most dangerous grapplers in the middleweight division.

In the first bout on the ESPN prelims, Bruno Silva got fans on their feet when he knocked out Jordan Wright in just a minute and a half. Scoring his seventh straight knockout, Silva is also becoming one of the most dangerous up and coming middleweights, only he is doing so with his striking skills.

The big boys brought it when Tai Tuivasa squared off with Augusto Sakai in a heavyweight bout. They traded some big shots in the first round, with Sakai landing some big knees in the clinch. Near the end of the first though, Tuivasa landed a big elbow that seemed to stun Sakai. Early in the second, he landed a left hook and then came with a flurry that ended in a brutal knockout win for Tuivasa. And of course, the crowd was treated to another “shoey” celebration after the fourth straight win for the prolific power puncher.

Pedro Munhoz and Dominick Cruz put on a show and got the fans on their feet in their bantamweight bout. Munhoz had Cruz in trouble early, dropping him twice. Amazingly, Cruz was able to recover and survive the round. From that point on, Cruz put on a striking and head movement clinic, picking Munhoz apart for two rounds on his way to a decision victory.

In the opening bout of the main card, Sugar Sean O’Malley put on a show against Raulian Paiva. Coming in with a chip on his shoulder because of the lack of a ranking next to his name, O’Malley had something to prove against a ranked opponent and he did not disappoint. Paive landed some good shots, including a couple of good low kicks, but it was the precision striking of O’Malley that proved the difference maker. A tight combination landed for him late in the first and once his opponent was hurt, he pounced and got the finish. It’s another big step forward for the very talented young fighter.

Kai Kara France kept the energy going with a quick knockout win over former champion Cody Garbrandt. The former bantamweight champ looked pretty good after dropping to flyweight, landing some creative and technical strikes in the early going. Eventually though, Kara France landed a couple of big combos, hurting Garbrandt and dropping him twice. Cody was able to recover for a bit before Kai landed a few more huge punches and forced referee Herb Dean to step in and put a stop to the fight. After the fight, Kara France told Joe Rogan he wants a championship fight next and said he would be the flyweight champ in 2022.

After the first two fights of the main card ended in the first round, welterweight studs Geoff Neal and Santiago Ponzinibbio went the distance. All three rounds were close, with both guys showing off some some very different but both impressive striking skillsets. Everything Neal threw was very technical and precise while Ponzinibbio was much more looking for a brawl and throwing with bad intentions. Both guys were head hunting for most of the fight, aside form some good low kicks from Ponzinibbio, but in the end it was Neal who landed just a little more frequently. The judges were split, but Neal earned a hard-fought decision win.

My pick: Geoff Neal via decision

There have been a few fighters in the history of the UFC that just have this mystique about them. Georges St. Pierre. Anderson Silva. Jon Jones. When those fighters were making their way out to the octagon, everyone knew they were about to watch something special. Amanda Nunes is not only on that list, she might be at the top.

But the UFC has a way of keeping fans on their toes. Julianna Pena was a very game challenger and she was ready for the champ. Nunes looked as dominant as ever in the first, landing some power punches, snapping off calf kicks and even getting control on the floor. In the second though, Pena managed to turn the fight into a brawl, which was exactly what she needed. The two traded shots again and again, and for the first time ever, Nunes wasn’t the one landing the stronger punches. The champ was getting visibly tired fast and eventually Pena started teeing off before getting the fight to the floor. She quickly took the champ’s back and sunk in a choke and Nunes gave up. A stunned Las Vegas crowd didn’t know how to react to what they had just seen as Pena was crowned the new champ. After the fight, Nunes said she will return stronger than ever, but tonight belonged to Julianna Pena who just scored the biggest upset in the history of the sport.

My pick: Nunes via 1st round knockout

Result: Pena via 2nd round submission

Leading up to UFC 269, there was a lot of talk around who the true top lightweight in the UFC really was. Charles Oliveira wore the lightweight crown, but Dustin Poirier was widely considered the favorite in this main event. Well these two met to settle the debate and find out who the best really was.

Right from the beginning, it was clear that Poirier has a big power advantage in the striking. He rocked Oliveira with some big punches in the early going and it looked for a moment like this main event might be over quickly. The champ showed off a very tough chin and was able to withstand the early storm from the challenger in what ended up being an instant classic of a first round. In the second round, Oliveira scored a takedown early and controlled the position while landing some big ground and pound that really turned the tide. With the momentum suddenly on his side, Oliveira grabbed hold of his challenger early in the third and quickly locked in a standing rear naked choke, forcing Poirier to tap out and proving that he is in fact the best lightweight in the world.

My pick: Charles Oliveira via 4th round submission

The UFC will return to ESPN on Saturday, December 18th for UFC Fight Night: Lewis vs. Daukaus. Be sure to check back for a preview of the event.