We’re sad to share that Disney Legend Betty White has passed away at the age of 99, less than a month before her 100th birthday. She was best known for playing Rose Nylund on The Golden Girls, which was produced by Touchstone Television. According to TMZ who first broke the news, Betty White passed away in her home on the morning of Friday, December 31st, 2021. 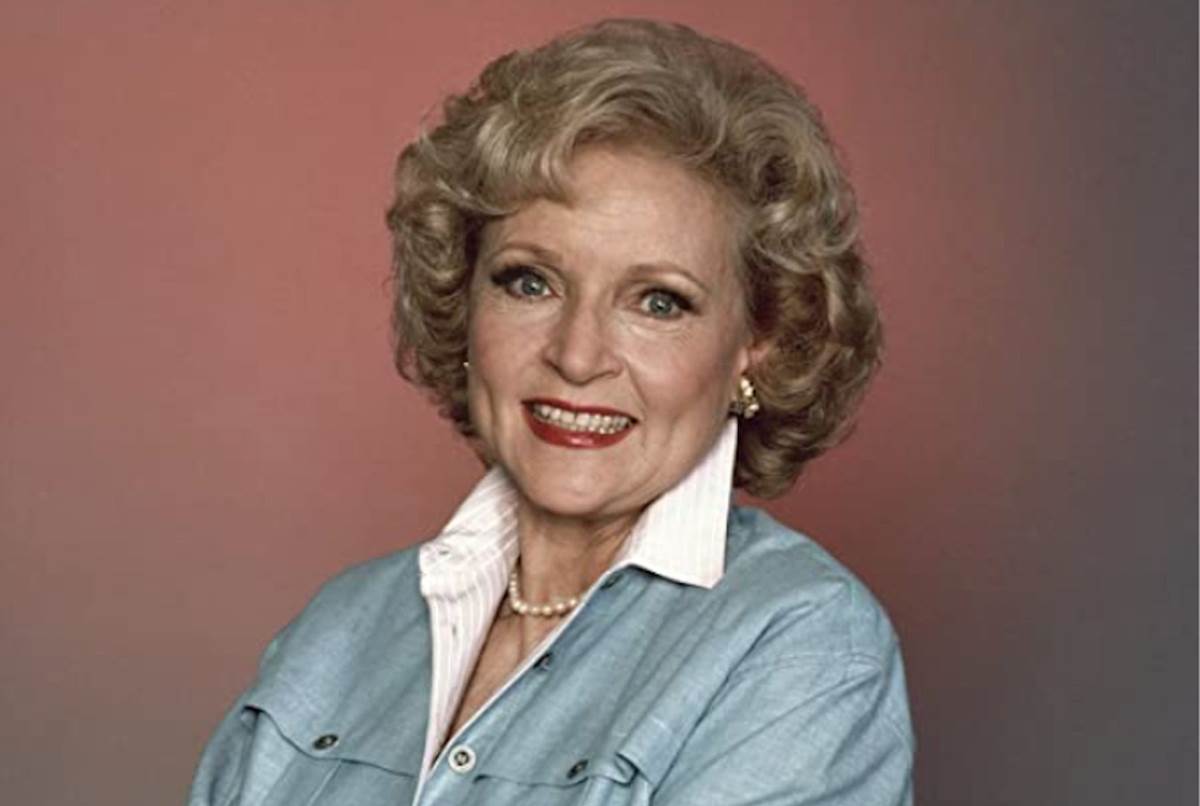 Betty White was born on January 17th, 1922, in Oak Park, Illinois, and was an only child. She was raised in Southern California during the Great Depression and made her first radio appearance at the age of 8, which gave rise to her acting career. Fresh out of high school, the aspiring actress put her career on hold to volunteer for the American Women's Voluntary Services during World War II. Her early acting career was a mix of bit parts in movies and TV shows, but radio was her mainstay until she became a co-host of the Hollywood on Television variety show, later taking over as solo host and earning her first Emmy nomination in 1951.

Life with Elizabeth was the first sitcom Betty White starred in, a series she co-created through a company she co-founded called Bandy Productions. Following its run, she maintained a TV presence as the host of several variety shows and a frequent celebrity panelist on hit game shows including Match Game, To Tell the Truth, What’s My Line?, and Pyramid.

Despite decades in showbusiness, the role that catapulted Betty White into superstardom didn’t come until the 1970’s as the "man-hungry" Sue Ann Nivens on The Mary Tyler Moore Show, which earned her two Emmy wins. She went on to work with future The Golden Girls costar Rue McClanahan on Mama's Family, a spin-off of The Carol Burnett Show which she also guest-starred on.

Betty White continued her trend as a guest star on a variety of shows in the 90s and early 2000s, but her role in the Touchstone Pictures comedy The Proposal once again put her at a pinnacle of success. A grassroots campaign started to get Betty White to host Saturday Night Live, which happened in 2010 and earned White her 7th Emmy. Her milestone birthdays became television events on NBC and her 100th birthday will be celebrated with a big-screen event on January 17th.

In addition to her TV career, Betty White was an animal activist and philanthropist. She first fell in love with wildlife as a child during a family vacation to the Sierra Nevada, even considering a career as a forest ranger. She was the president emerita of the Morris Animal Foundation and was a member of the board of directors of the Greater Los Angeles Zoo Association. As a result of her love of animals, when Pixar asked Betty White to have a cameo in Toy Story 4, she played a plush tiger named “Bitey White.” She also voiced Mrs. Claus in the Disney animated short Prep & Landing: Operation: Secret Santa.

Betty White holds the record for the longest span between Emmy nominations and performances, a range from 1952 to 2011. She was inducted into the Television Hall of Fame in 1995 and received the TCA Career Achievement Award in 2009, the same year she became a Disney Legend. Her star on the Hollywood Walk of Fame is located adjacent to the star of her late husband Allen Ludden. She was a stepmother to his three children from a previous marriage and after his passing in 1981, she was quoted as saying "Once you've had the best, who needs the rest?", regarding her decision to never marry again. In an interview with James Lipton on Inside The Actor's Studio, Betty White was asked what she’d like God to say to her when she gets to heaven. Her response: "Hello Betty. Here's Allen."

Rest in peace #bettywhite, our Golden Girl, our friend, and our neighbor. Your wit, your charm, your warmth and your smile will always be with us. pic.twitter.com/Kb7WGp2RDd