We’re sad to share that actor and comedian Bob Saget has passed away at the age of 65. According to TMZ, who broke the story, Bob Saget was discovered unresponsive at the Ritz-Carlton in Orlando on January 9th after a performance he gave in Jacksonville the night before. He is best known for his TV work on ABC, starring as Danny Tanner in the sitcom Full House and hosting the first eight seasons of America’s Funniest Home Videos. 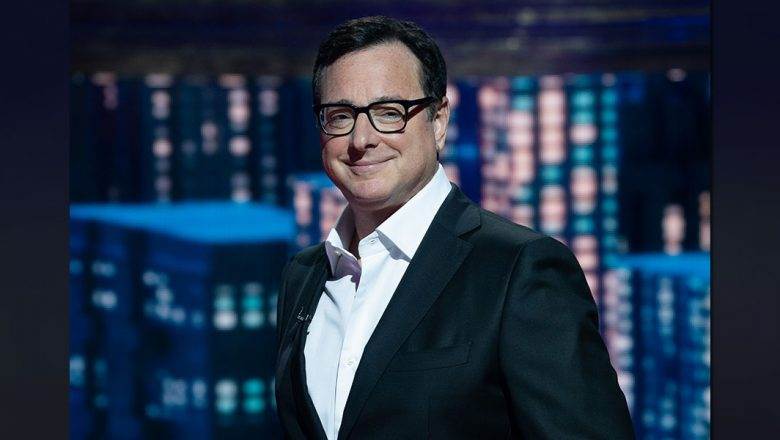 Born on May 17th, 1956, Bob Saget was raised in Philadelphia and had his sights set on a career as a doctor. It was an English teacher who saw his creative potential and encouraged him to study film, which he did at Temple University. It was in college that Bob Saget discovered his love of stand-up comedy and began taking to the mic with original material. Graduate courses brought him to Southern California where he made brief appearances in a few films and TV shows while continuing to pursue his passion for raunchy stand-up comedy.

Bob Saget’s big break came in 1989 when he landed the role of Danny Tanner on a new sitcom for ABC called Full House. As the widowed father of three girls, the family-friendly show became a huge success and made household names of Bob Saget and his co-stars John Stamos, Dave Coulier, Candace Cameron, Jodie Sweetin, Mary-Kate and Ashley Olsen, and Lori Loughlin. The show became an anchor for ABC’s TGIF lineup in the early 90s, running for eight seasons and inspiring a Netflix spin-off in 2016, through which Bob Saget reprised his role in several cameos.

I am broken. I am gutted.  I am in complete and utter shock.  I will never ever have another friend like him.  I love you so much Bobby.

Shortly after the runaway success of Full House came another hit show for ABC, America’s Funniest Home Videos. Inviting the world into a cozy living room set, Bob Saget introduced hilarious mishaps caught on camera sent in by viewers. Bob Saget was the first host of the long-running series, staying with it from its inception through 1997. In 2019, he returned as the host of a primetime special aimed at a more mature audience, titled Videos After Dark. ABC also gave Bob the opportunity to honor the life of his sister, Gay Saget, through the 1996 TV movie For Hope, which he directed. His sister passed away from scleroderma and following her death, Bob served on the board of the Scleroderma Research Foundation.

We are saddened to hear about the passing of the great @bobsaget. Our thoughts are with his friends and family at this time.

Following his ABC years, Bob Saget continued to perform stand-up comedy, direct, and occasionally act. He dedicated his 2007 HBO comedy special That Ain’t Right to his father, who passed away at the age of 89 that year. Bob Saget was the narrator of the hit CBS sitcom How I Met Your Mother, produced by 20th Television (a Hulu spin-off, How I Met Your Father, premieres January 18th) and was reunited with John Stamos when he guest-starred on the sitcom Grandfathered.

Bob Saget’s love of performing never wavered. He was in the middle of a comedy tour with bookings through May 2022 when he passed away unexpectedly. He is survived by his wife, Kelly Rizzo, and three children. Through his 2014 memoir, Dirty Daddy, fans can learn more about his life and career. Our hearts go out to Bob Saget’s family, friends, and fans.