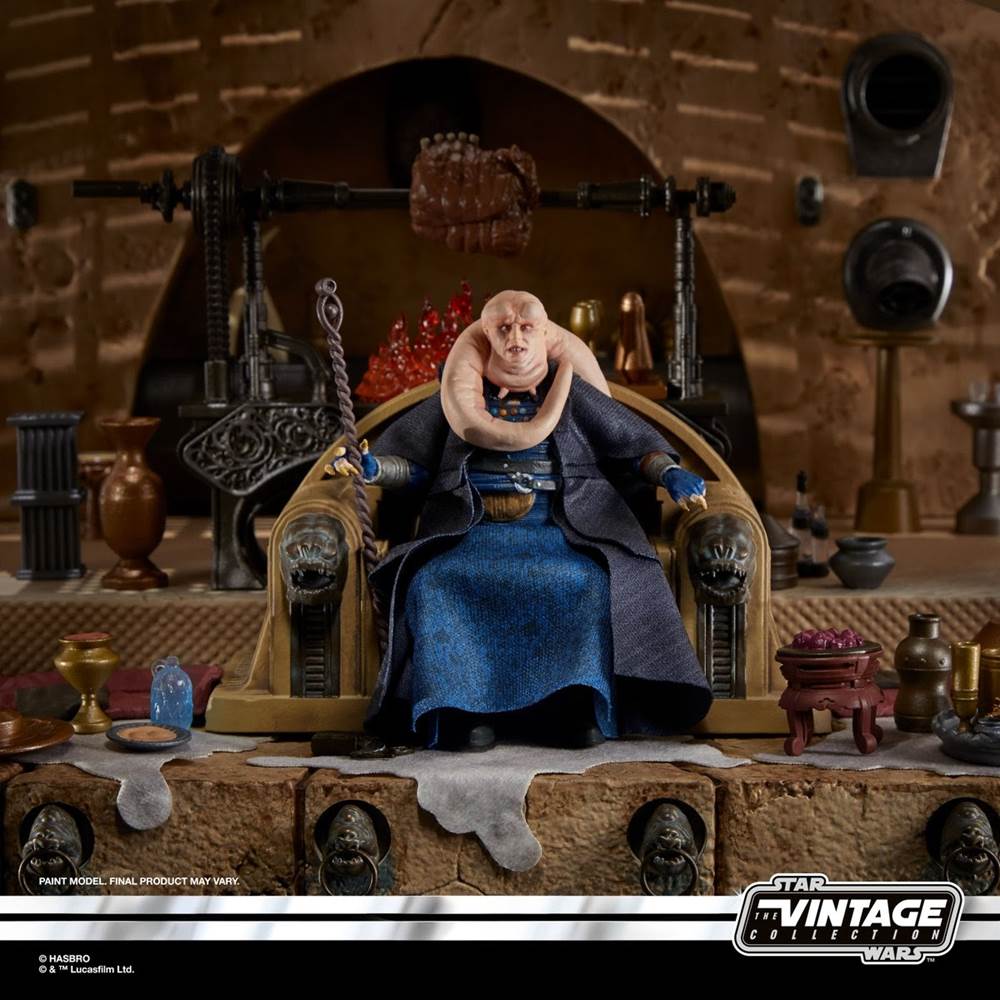 The Book of Boba Fett’s season may be over, but that doesn’t mean we can’t still celebrate the live-action Disney+ Star Wars series with new merchandise announcements!

This morning during its “Fan-First Wednesday” livestream event, the popular toy company Hasbro revealed the sizable, all-new Star Wars: The Book of Boba Fett Throne Room playset, replicating the location seen so often in the show (not to mention Return of the Jedi and the second-season finale of The Mandalorian, back when Jabba the Hutt– and then Bib Fortuna– ran things in Mos Espa). 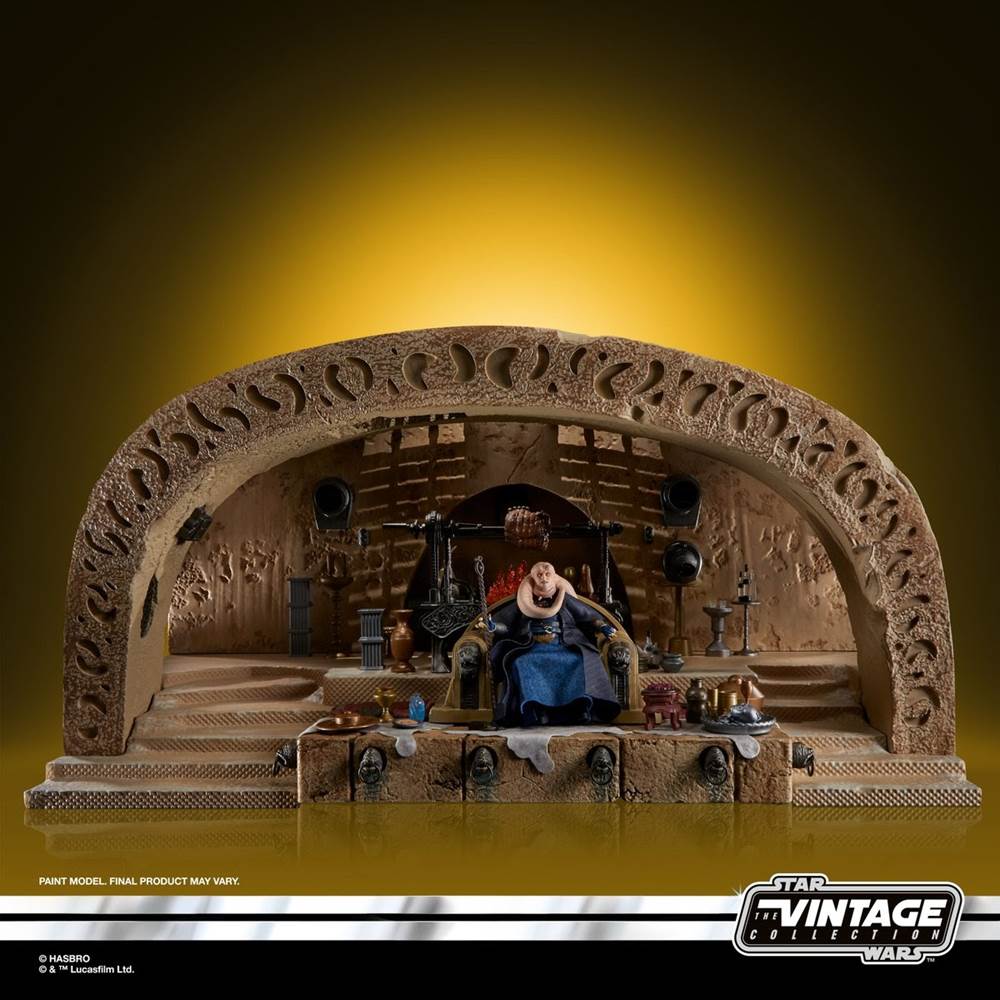 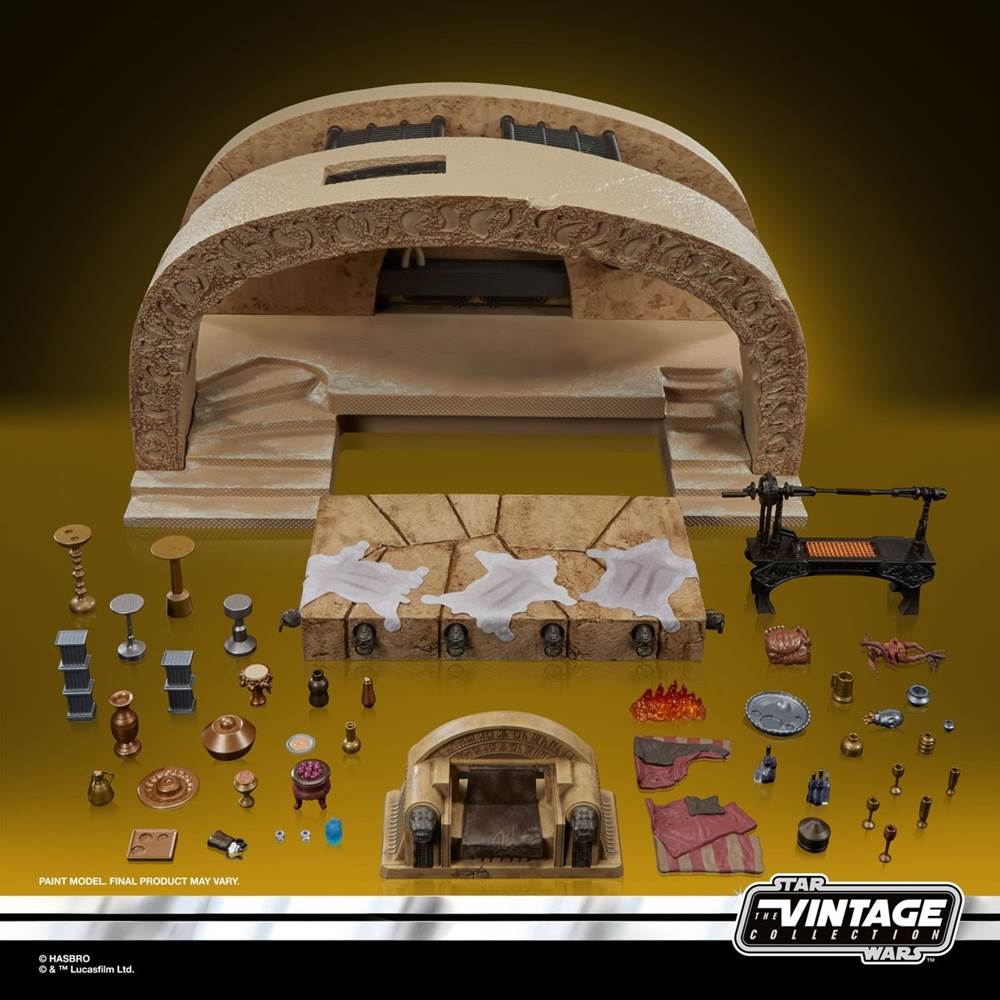 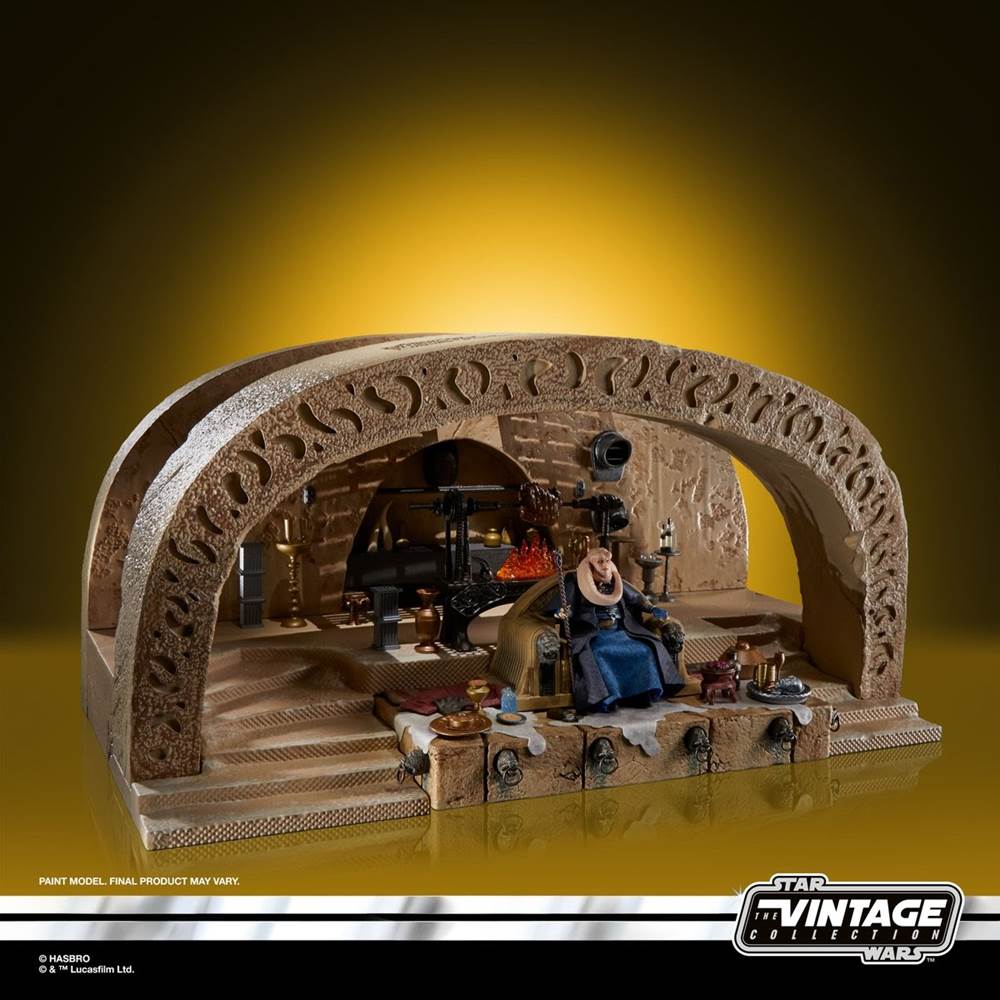 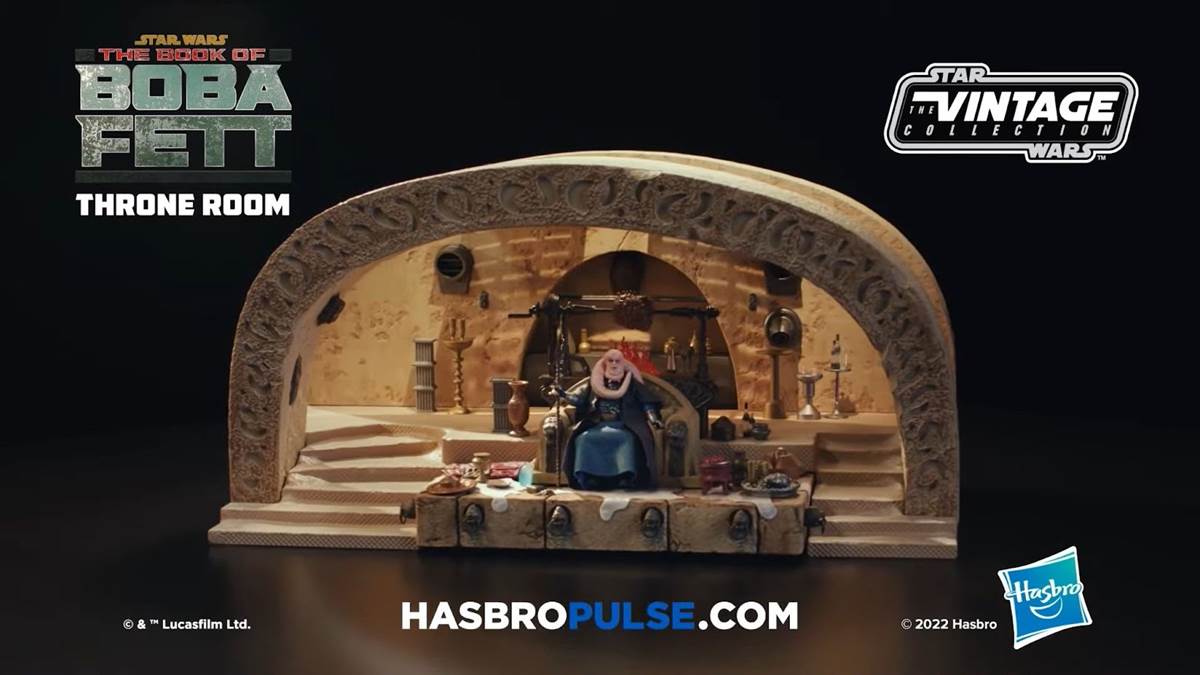