The first of three Disneyland After Dark: Star Wars Nite events is happening tonight at Disneyland Park. A whole bunch of new May the Fourth Star Wars merchandise was released at the event, so let’s take a look. As to be expected, large crowds descended upon the Star Wars Launch Bay, where the release took place. Some of these items have already been released on shopDisney, but this appears to be the first time they are available at the Disneyland Resort. 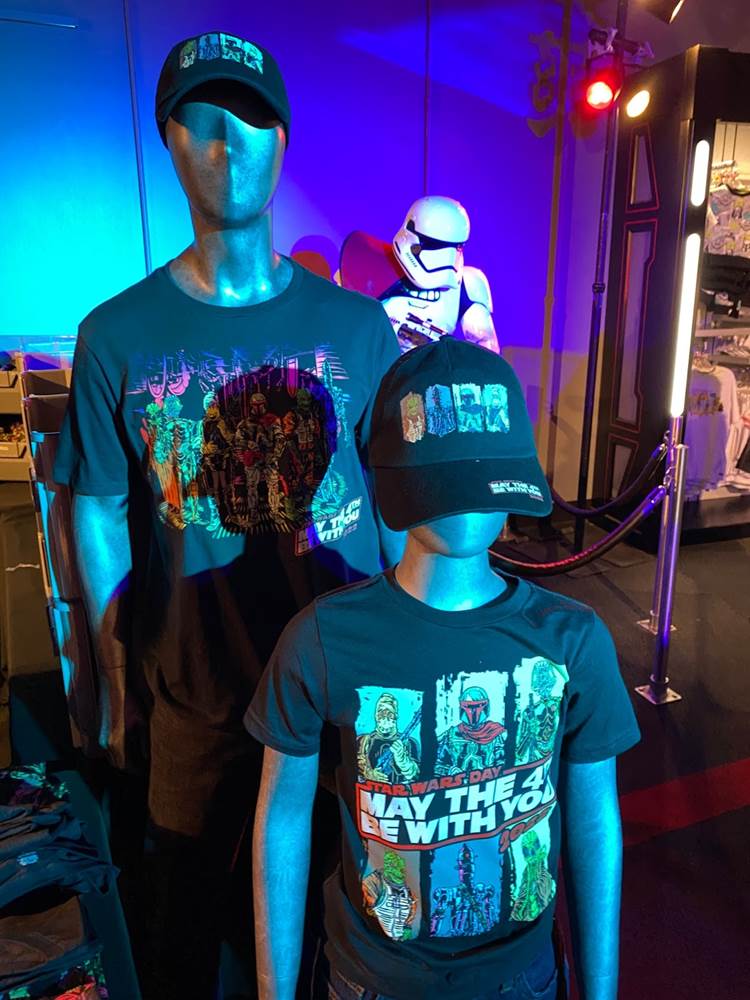 Star Wars Bounty Hunters T-Shirt for Adults – Star Wars: May the 4th Be With You 2022 – Customized 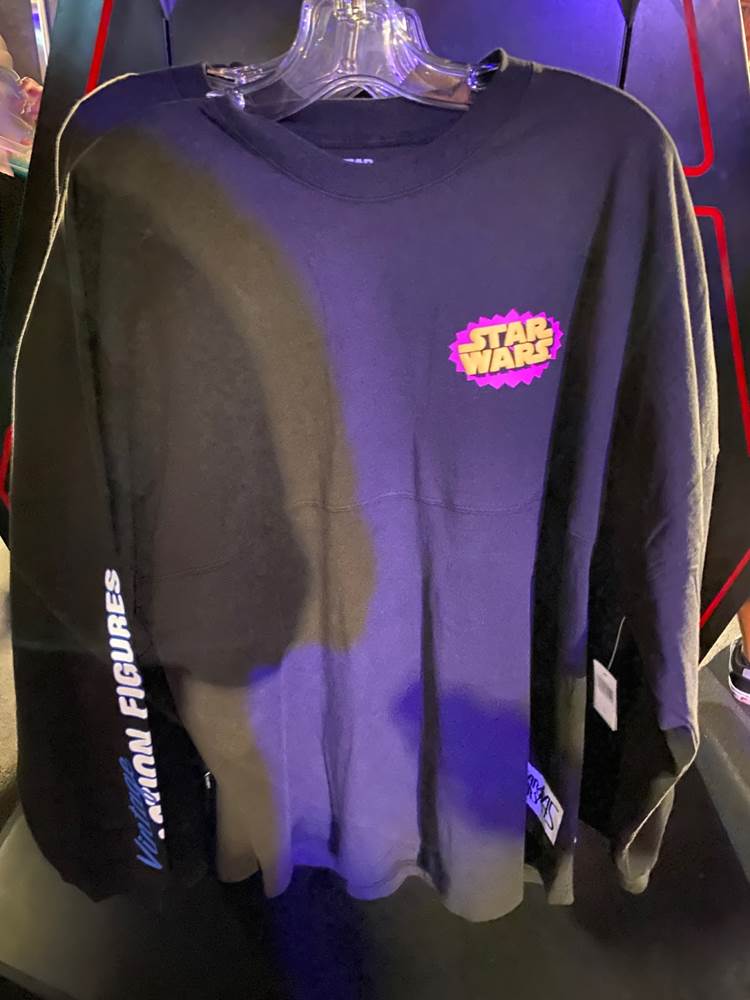 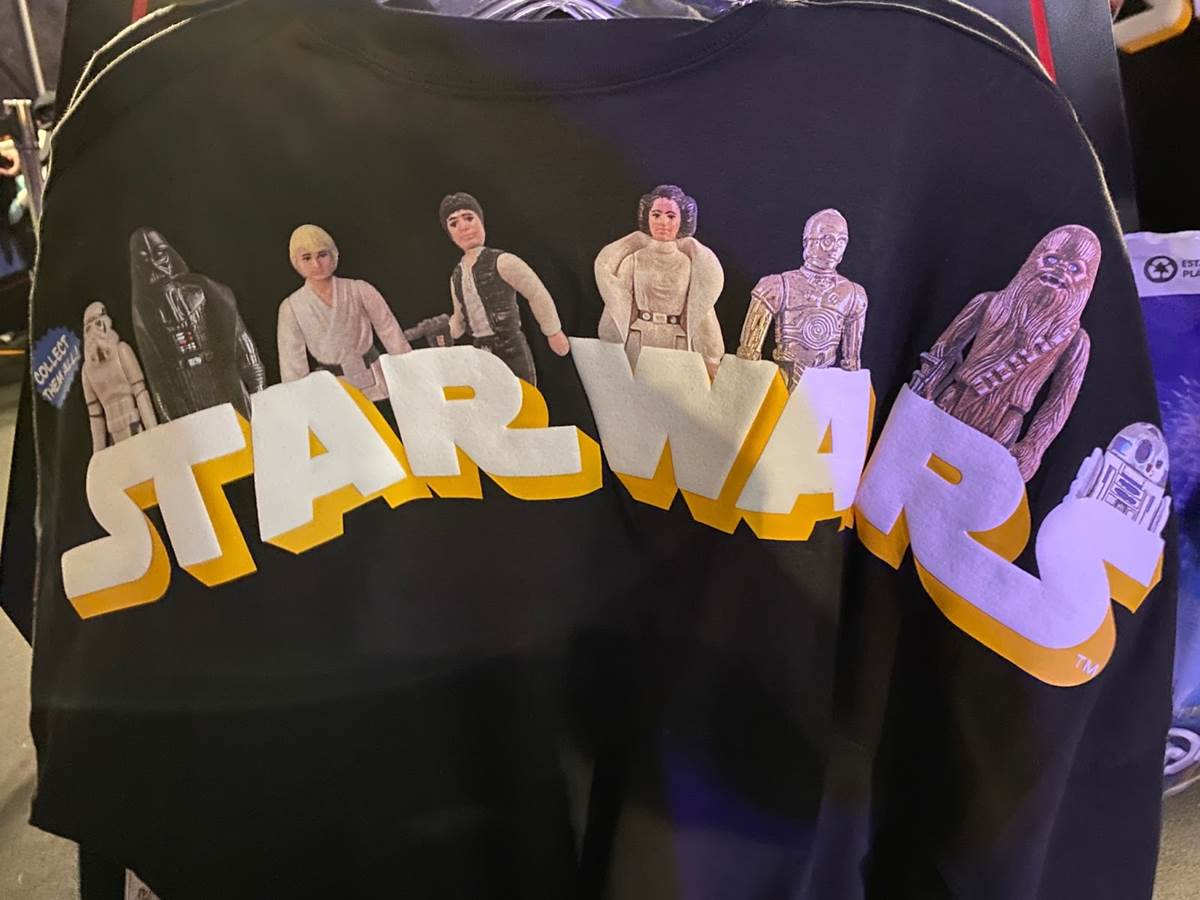 This has to be one of the more unique Spirit Jerseys of late, featuring Kenner-style Star Wars action figures on the back. 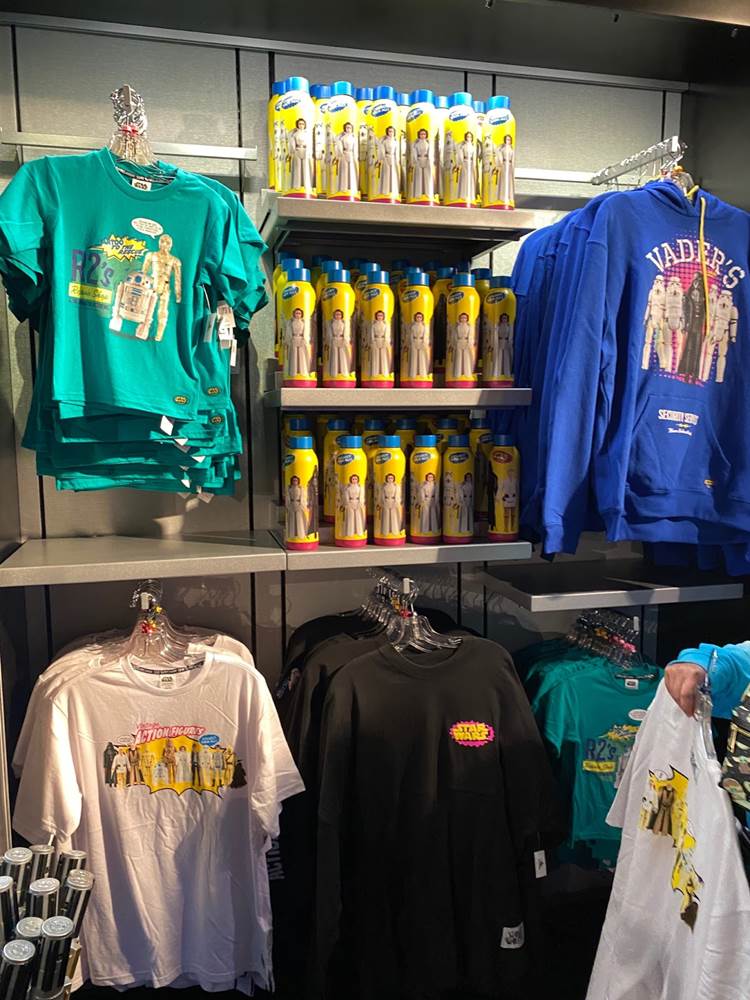 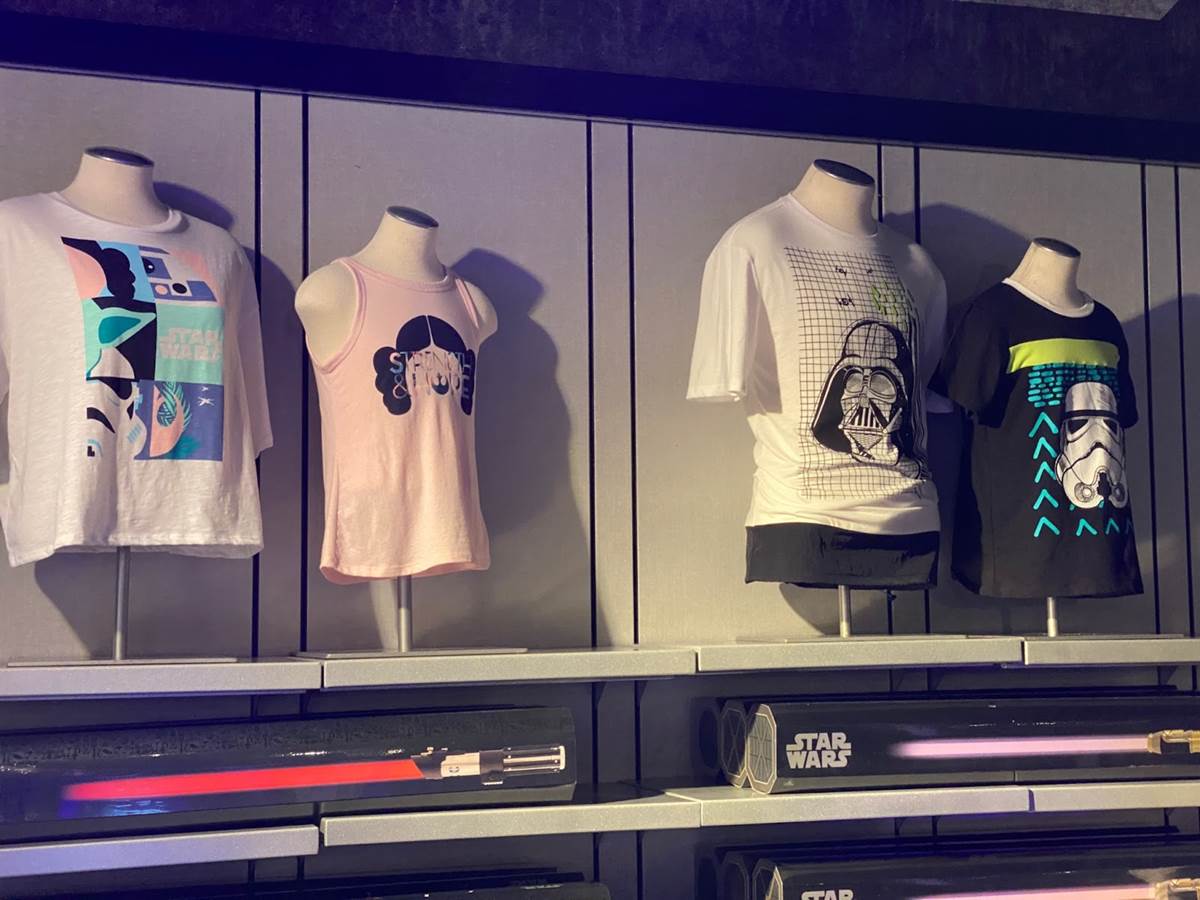 It couldn’t be a true Disney event without some special limited edition pin releases. 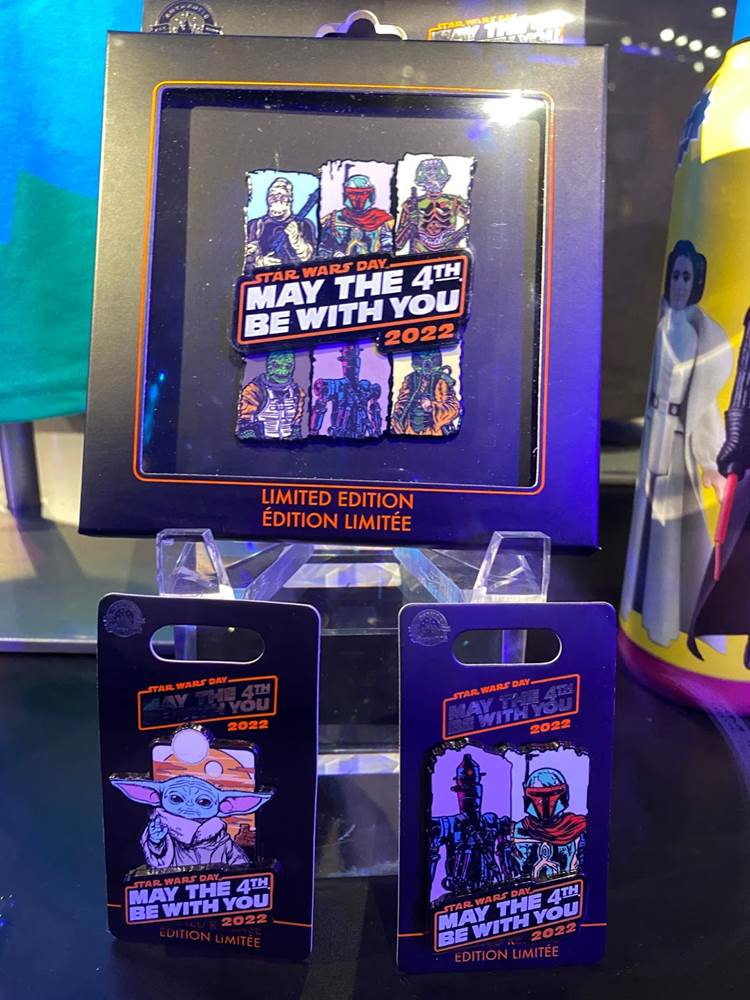 This month’s release of Disney Parks Wishables ties in perfectly with the event by celebrating the characters of Millenium Falcon: Smuggler’s Run. Inside, you’ll get one of four possible plush (plus a chaser variant). They are Hondo Ohnaka, the Millenium Falcon, a Porg and R5-P8. 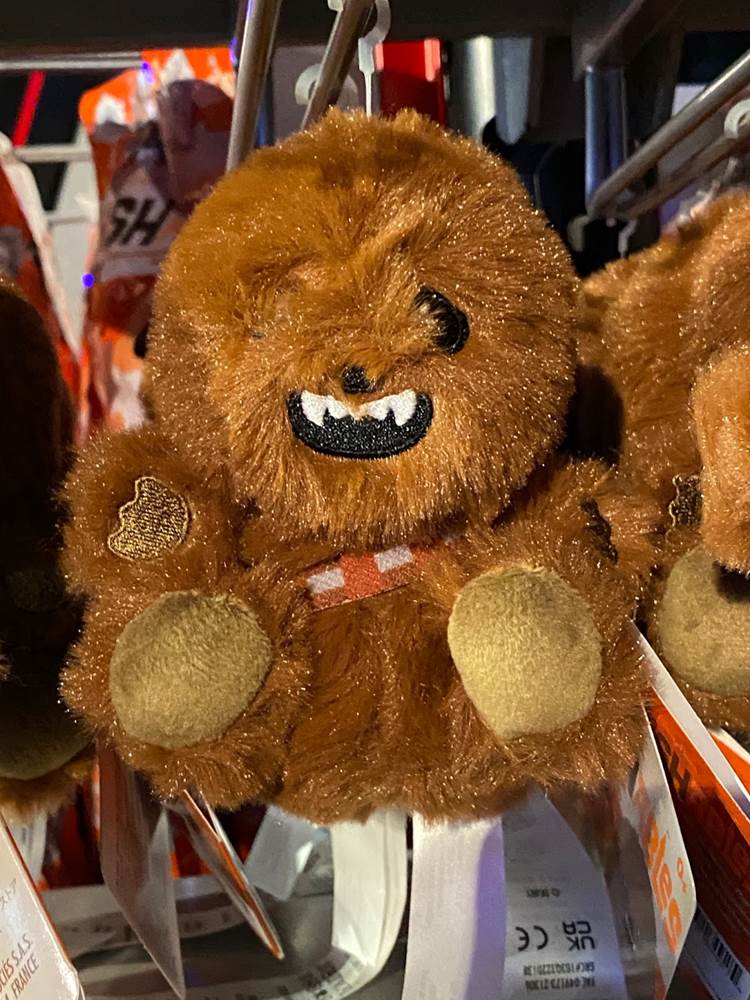 Chewbacca is sold individually from the blind packs. 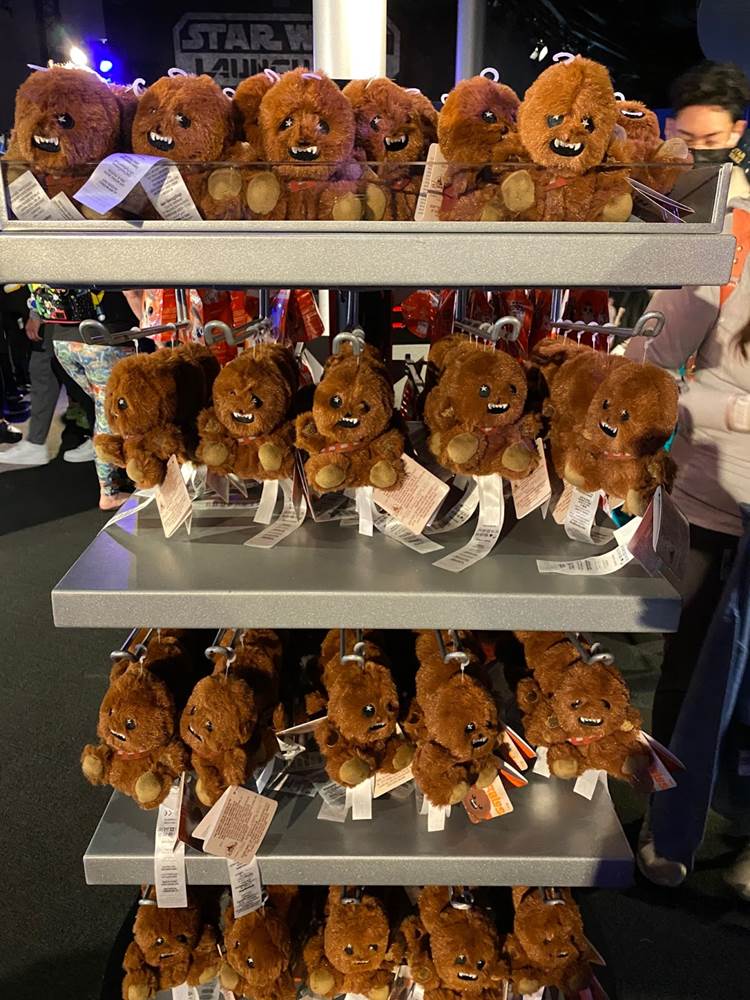 Lastly, we have this fun Star Wars tumbler featuring old Kenner-style action figures based off Star Wars: A New Hope. 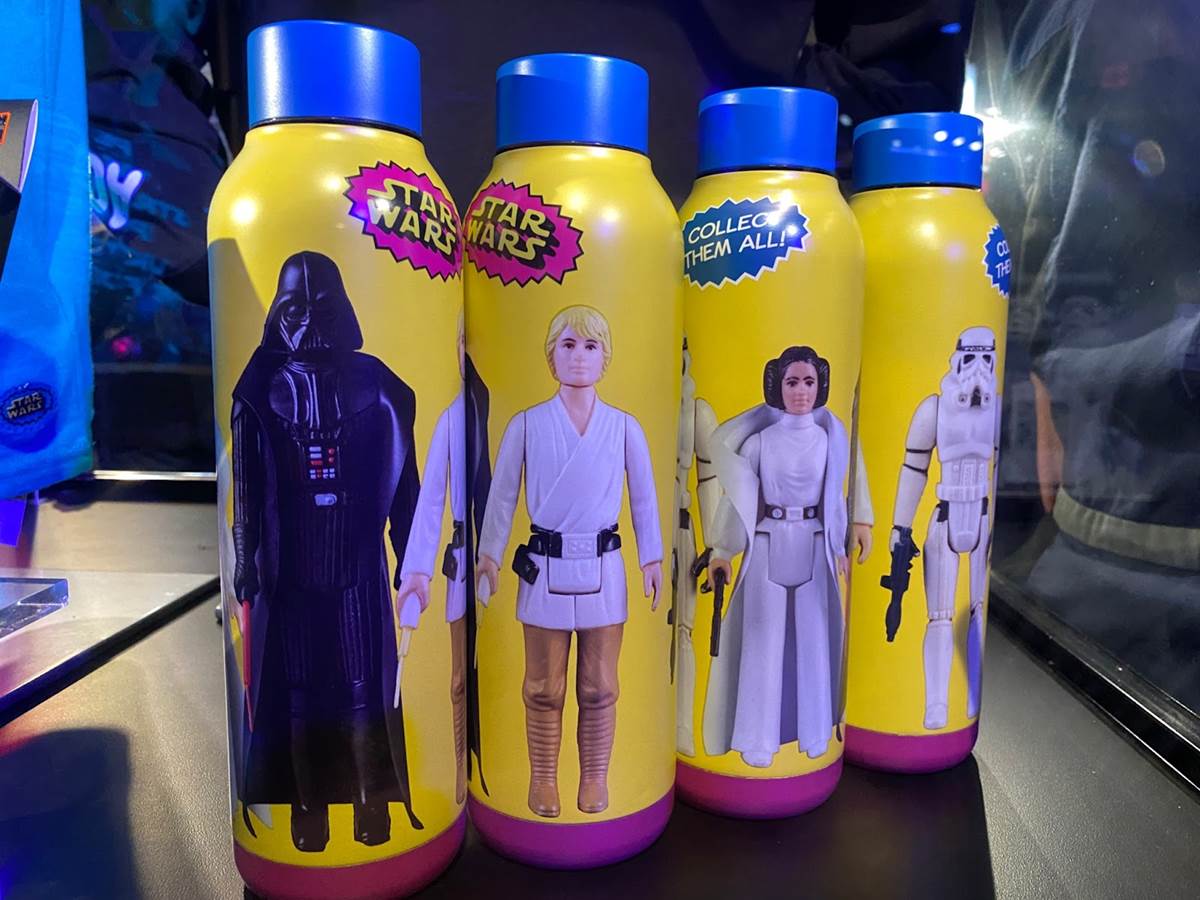