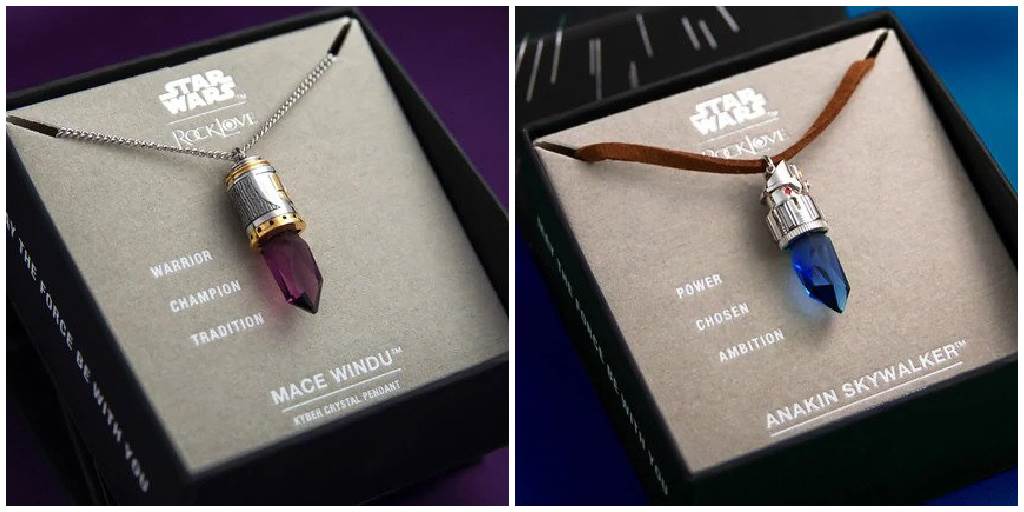 Yes, the Darksaber is cool, and Rey’s yellow blade is stunning, but nothing compares to Mace Windu’s glowing purple weapon! Sometimes you need to stand out a little and Mace does exactly that with this powerful tool that features a gorgeous, distinctly “Jedi” hilt.

Cast in artisan brass, plated in glowing 14K yellow gold and polished silver, and accented by blackened texture details, the pendant is sculpted after Mace’s unique and unmistakable lightsaber.

In later years, audiences don’t get to see much of the ancient Jedi master using his lightsaber, but make no mistake, he’s a formidable opponent. RockLove has captured the essence and likeness of his bright green blade in impressive detail.

“Mentor to first Anakin and then Luke, Obi-Wan Kenobi is a Master Jedi Knight who has proven his allegiance to the Jedi Order and its teachings of selflessness, nobility, and wisdom.”

Cast in artisan brass, plated in glowing 14K yellow gold, black rhodium, and silver, the pendant is sculpted after Obi-Wan’s lightsaber as seen in Star Wars: A New Hope.

Long before Luke obtained the saber, this weapon belonged to his father. While his path took him down some dark roads, Anakin truly was a Jedi.

Cast in artisan brass, plated in shining silver and accented by 14K yellow gold and hand painted enamel, the pendant is sculpted after Anakin Skywalker’s cylindrical lightsaber as seen in Star Wars: Attack Of The Clones.