During Day 2 of Star Wars Celebration 2022, it was revealed that Boba Fett, Fennec Shand, and others will soon be coming to Star Wars: Galaxy’s Edge. 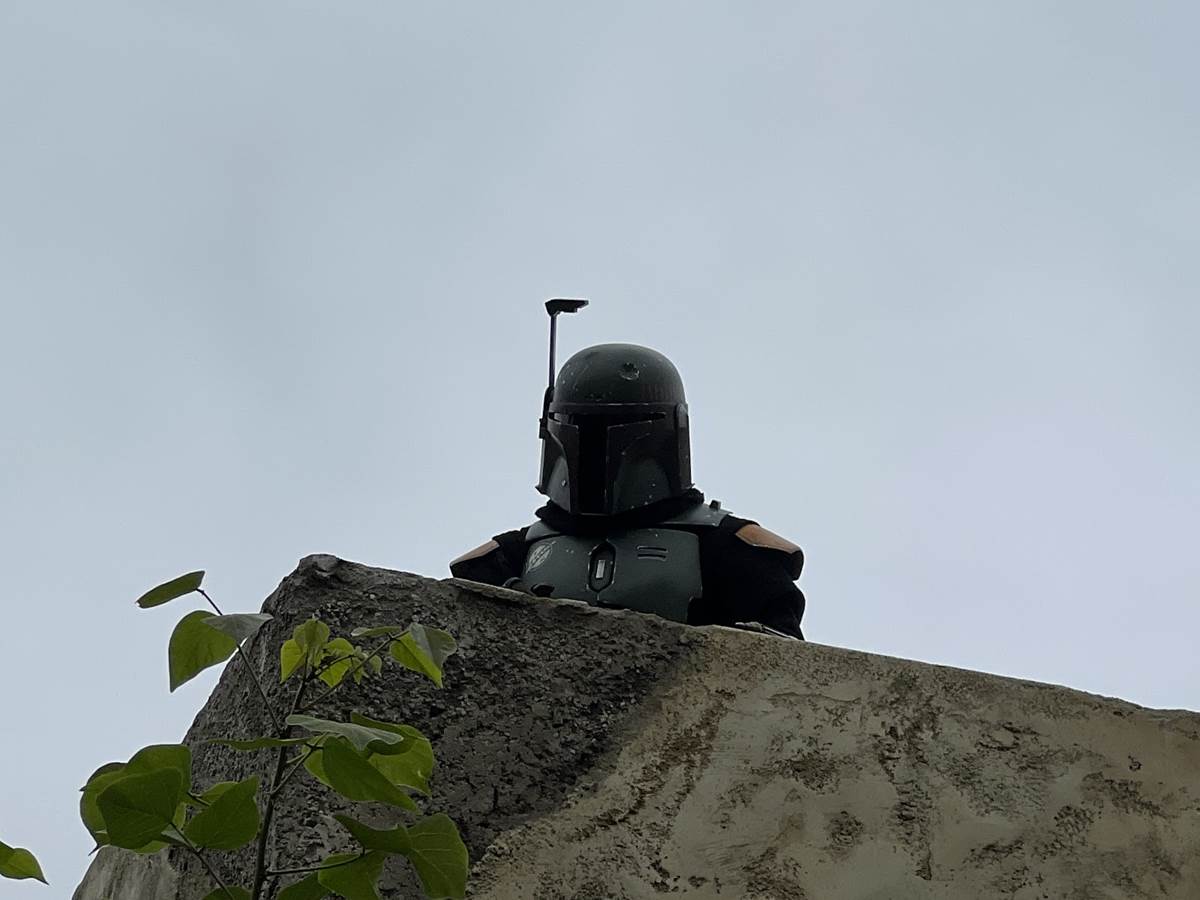 During a Star Wars Celebration panel about Star Wars in the Disney Parks, it was revealed that Boba Fett and Fennec Shand would be coming to Star Wars: Galaxy’s Edge at Disneyland Park, promised to make their debut today, May 28th. Well, today has arrived and sure enough, the new characters were spotted on Batuu at Disneyland Park. 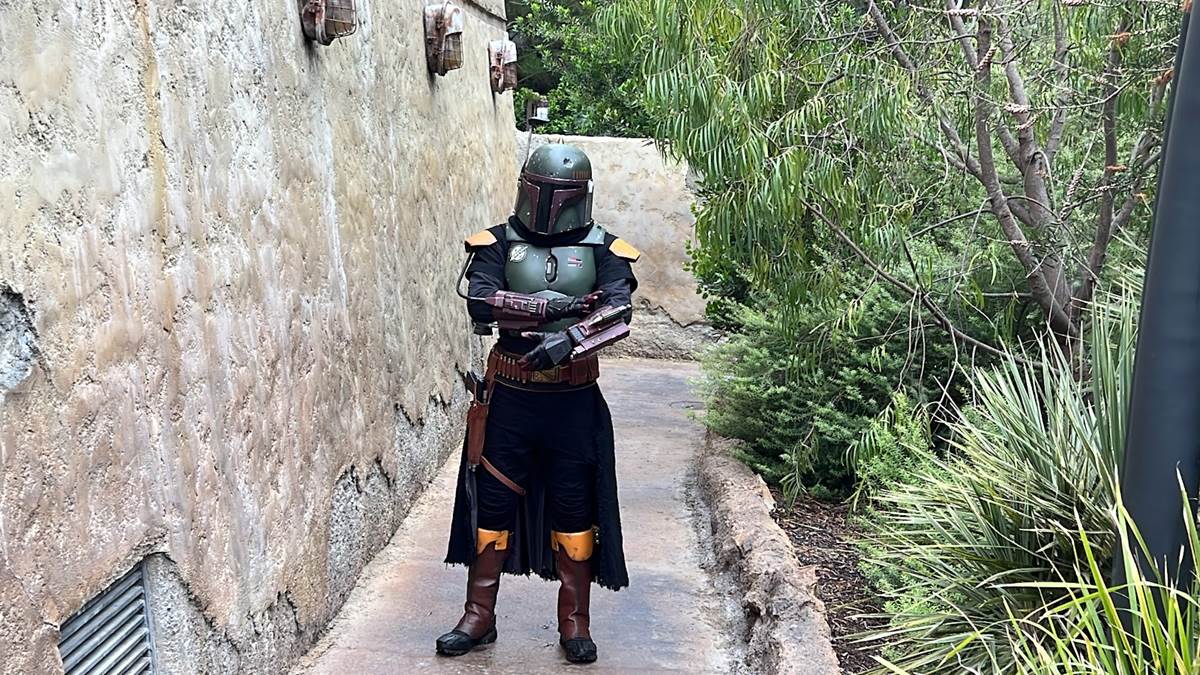 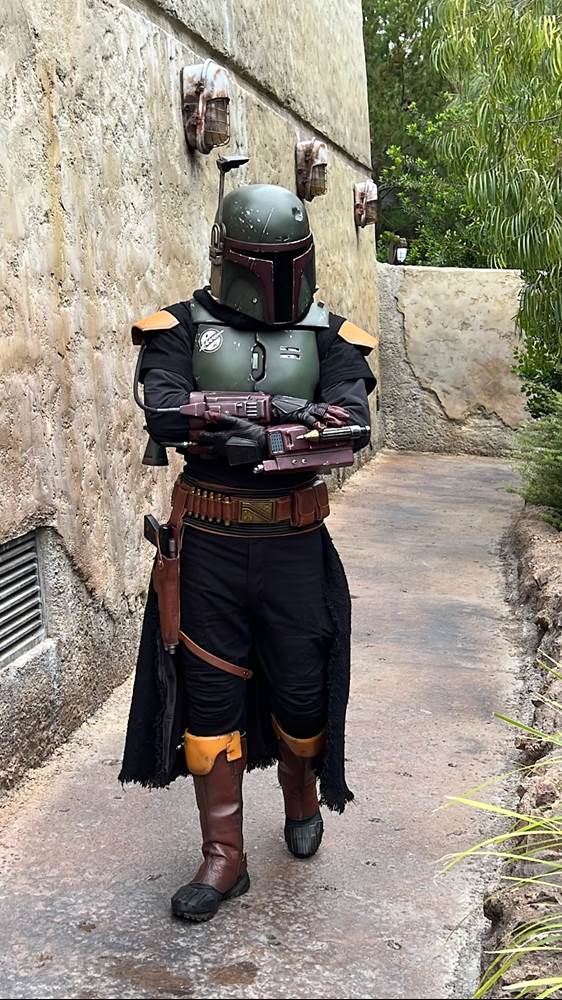 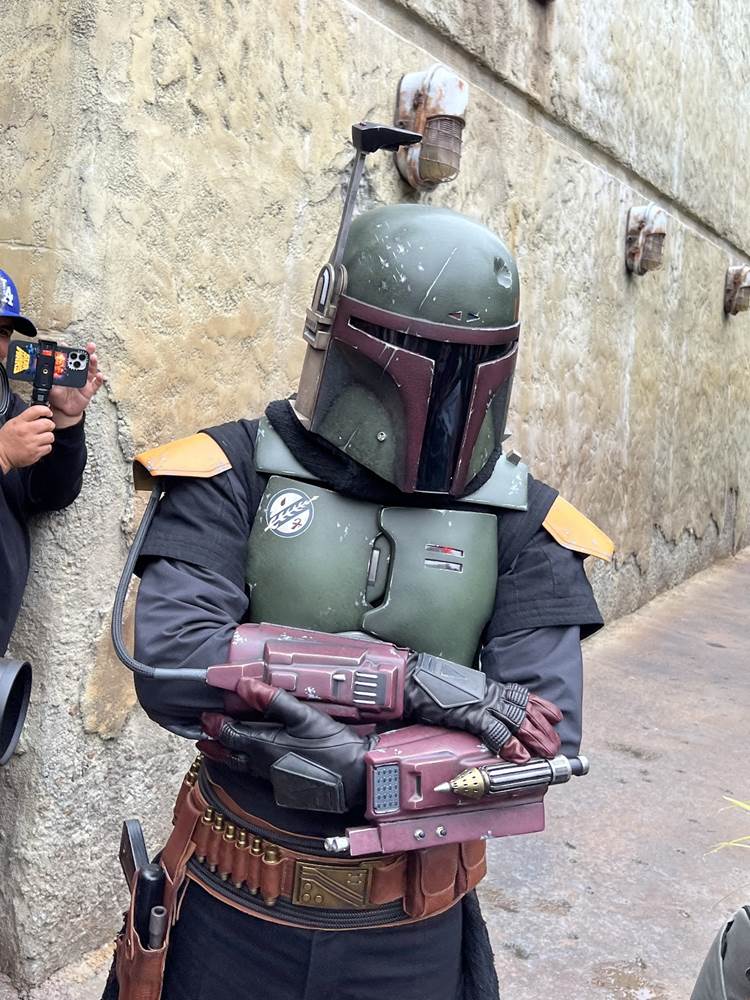 While we’ve seen Boba Fett in the parks before, this incarnation of the character, along with Fennec Shand, are based on the Disney+ Original Series, The Book of Boba Fett. The series is a thrilling Star Wars adventure teased in a surprise end-credit sequence following the Season 2 finale of The Mandalorian, and it finds legendary bounty hunter Boba Fett and mercenary Fennec Shand navigating the galaxy’s underworld when they return to the sands of Tatooine to stake their claim on the territory once ruled by Jabba the Hutt and his crime syndicate. 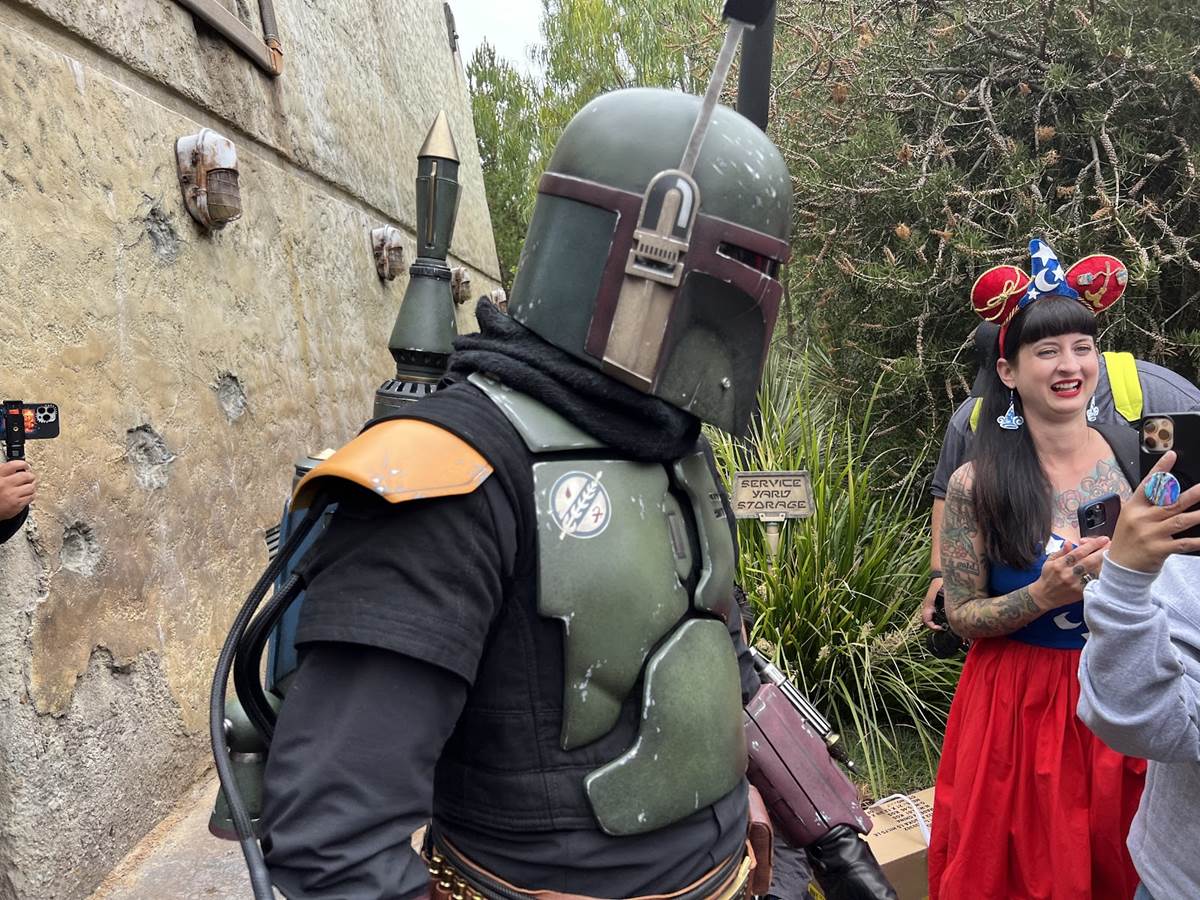 Lest you wonder about the timeline, Disney Parks Blog said this: “We are committed to the long history of Batuu and the collection of amazing characters who inhabit the outpost including our legacy characters and original characters and know that we will feel the same about new and future characters from the ever-expanding galaxy of Star Wars storytelling. While we as visitors may be able to experience different stories throughout Star Wars history, the characters on Batuu can not. They will remain in their specific story and timeline and won’t intersect with other characters or stories that would not be appropriate for them.” 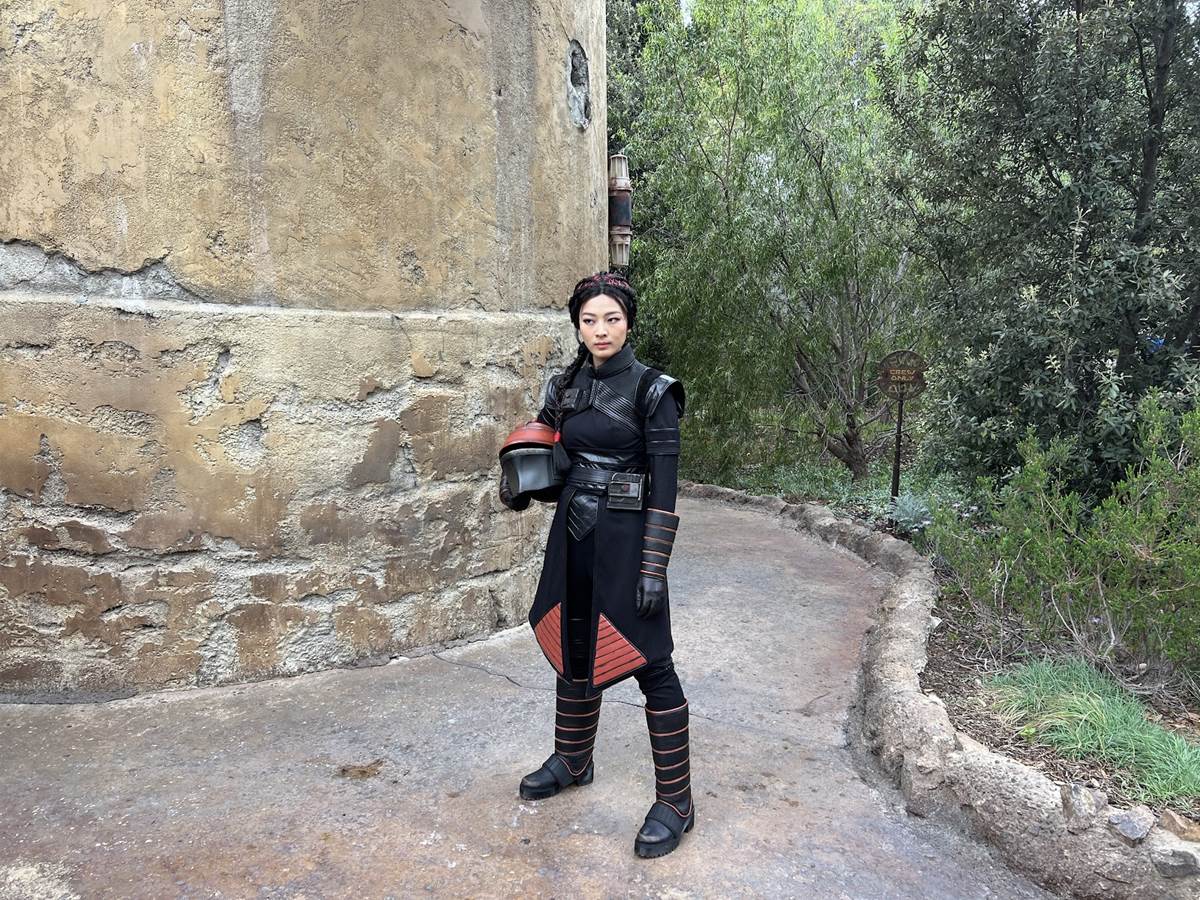 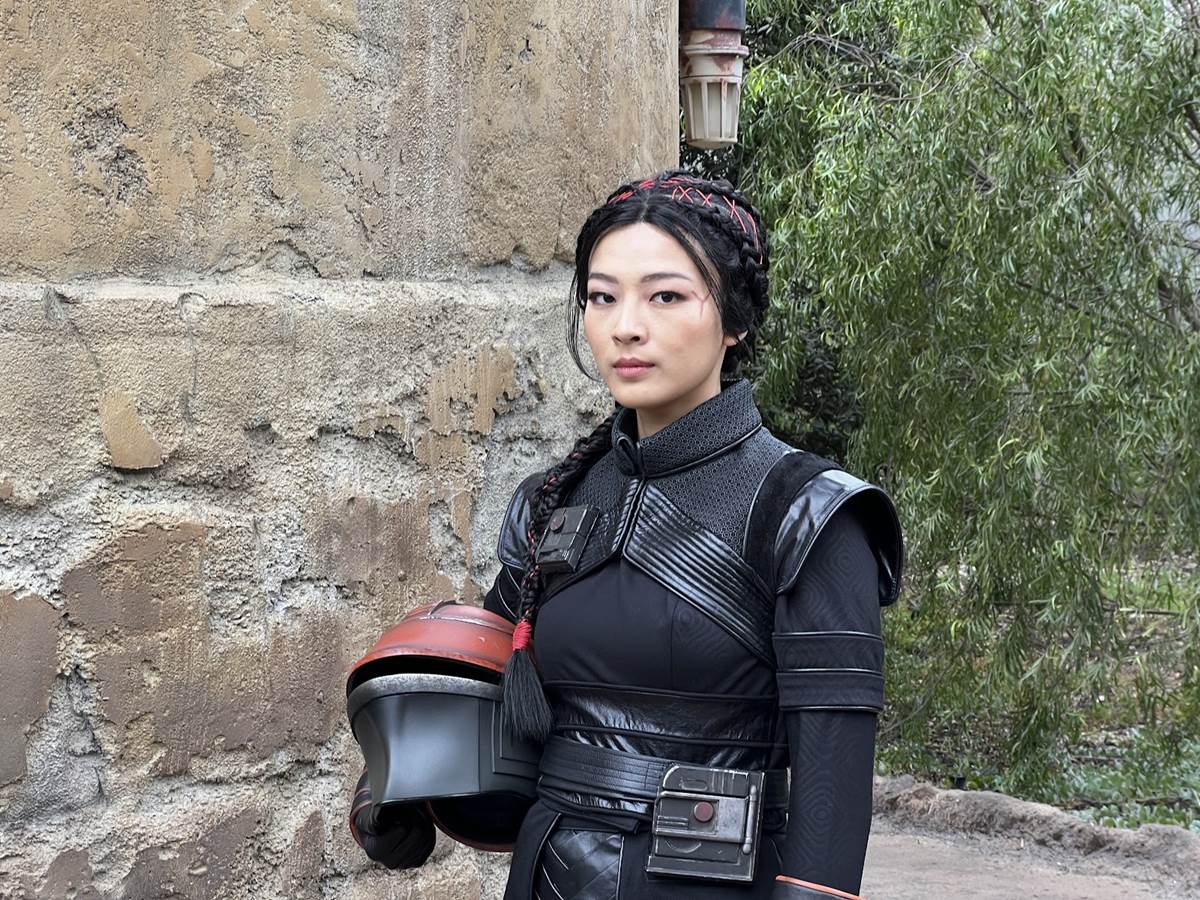 The same panel also revealed that Din Djarin (also known simply as The Mandalorian) along with his adorable pal Grogu will be coming to the land at a later date. These characters will join the likes of Rey, Chewbacca, Vi Moradi, and others that can occasionally be found wandering around the Black Spire Outpost.

At this time, only Disneyland Park Guests will be able to find the new characters in their version of Star Wars: Galaxy’s Edge, but the Disney Parks panel reminded us that visitors to Star Wars: Galaxy’s Edge at Disney’s Hollywood Studios at Walt Disney World will have the new Batuu Bounty Hunters game to play in the near future.