Following all of the excitement from Star Wars Celebration, we’ve been anxiously dreaming about our favorite planets in the Star Wars galaxy. It seems that even Disneyland is feeling the hype as the resort has just received a shipment of three Starbucks “Been There” mugs.

One of the newer planets (at least to the big screen) is Ahch-To where Rey found Luke and asked for training in the ways of the Force. Both can be spotted here along with Chewbacca and Porgs, the ghost of Yoda (yes!) and an X-Wing and more! Anikin would love this sleek, not gritty mug that features Queen Amidala, Darth Maul, “Duel of the Fates” scene (why?), even Jar Jar Binks, and that’s just on the front! Around the side you’ll spy Palpatine, the Trade Federation Battleship and even some underwater monsters…there’s always a bigger fish! 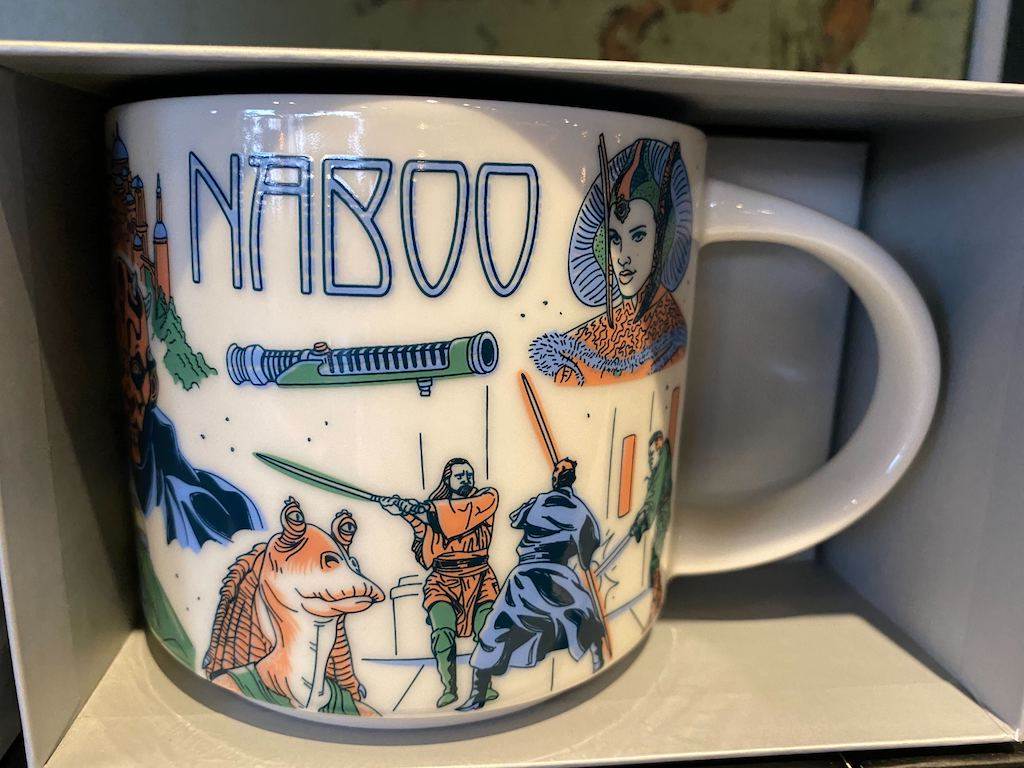 Take a look and you’ll spot Mando, Grogu, the mythosaur skull, the Razer Crest, IG-11, Greef Karga, a TIE Fighter and so much more. 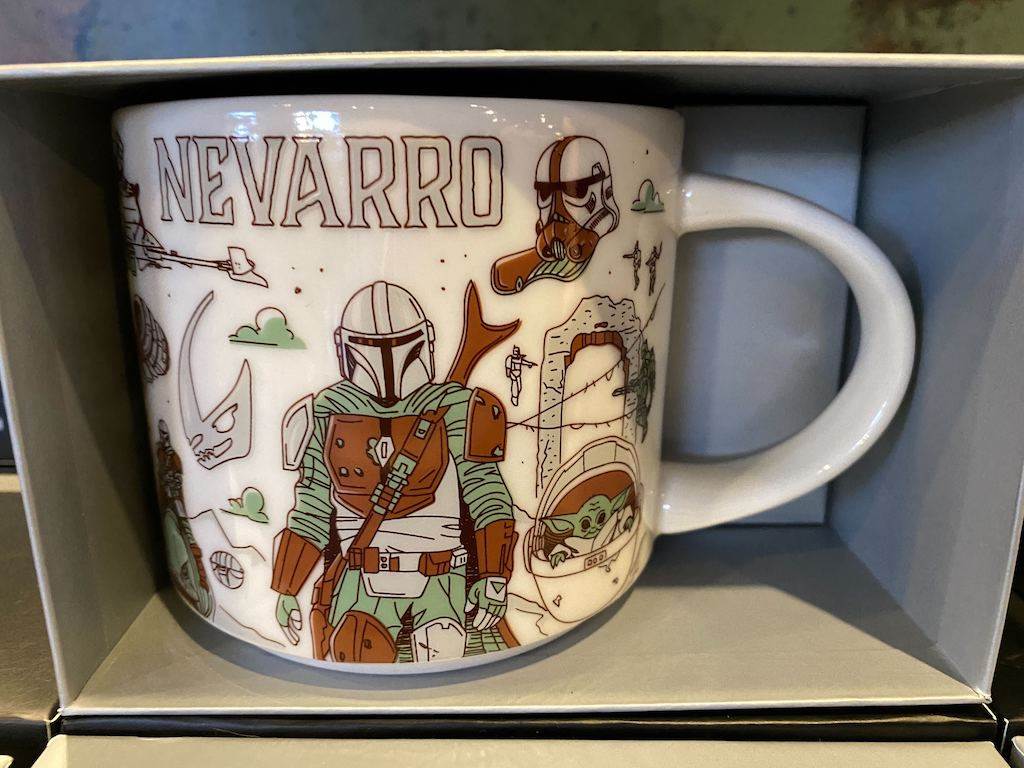