Believe it or not, we’re only a few months away from the opening of Super Nintendo World at Universal Studios Hollywood. Let’s take a look at the latest construction update for the immersive new area. 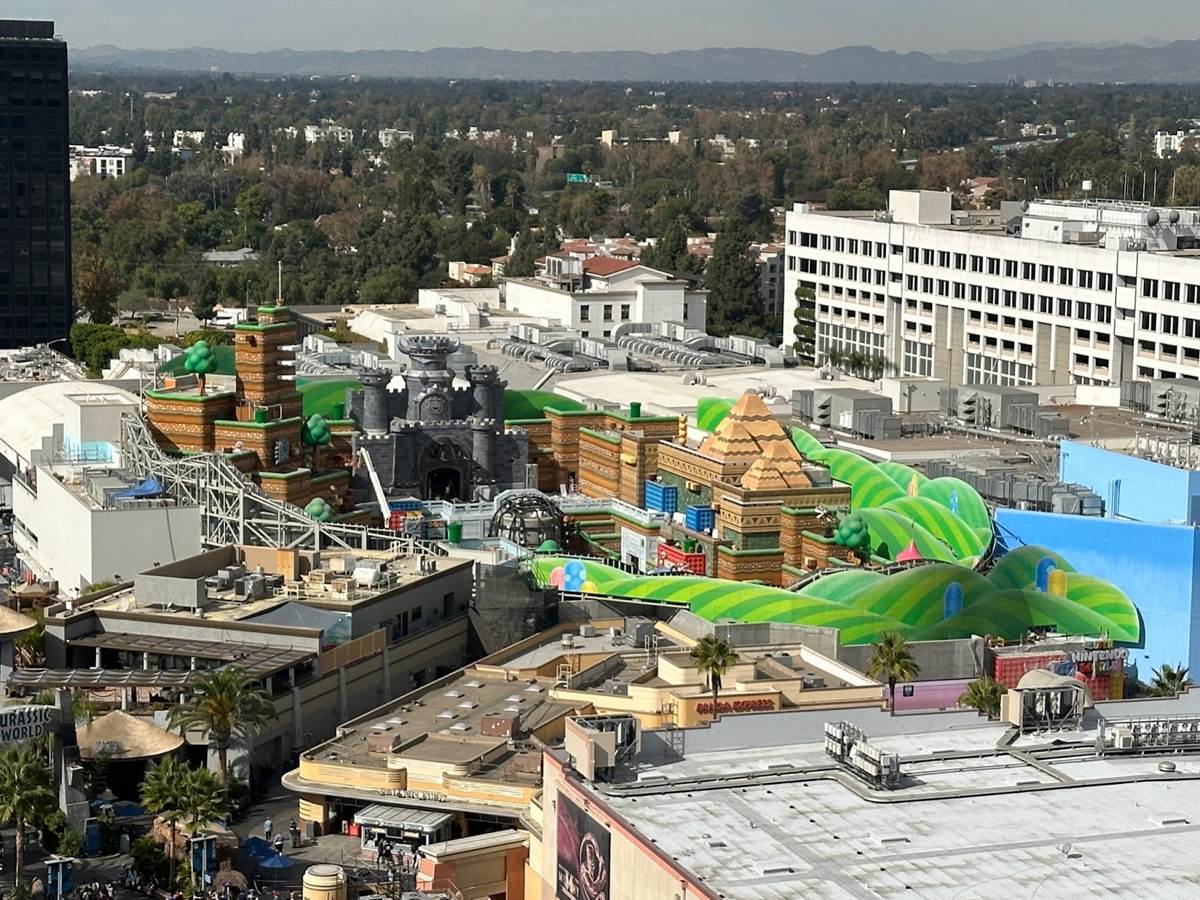 An overview of Super Nintendo World from the Starway. The brand new area is immediately visible as guests head down to the Lower Lot. 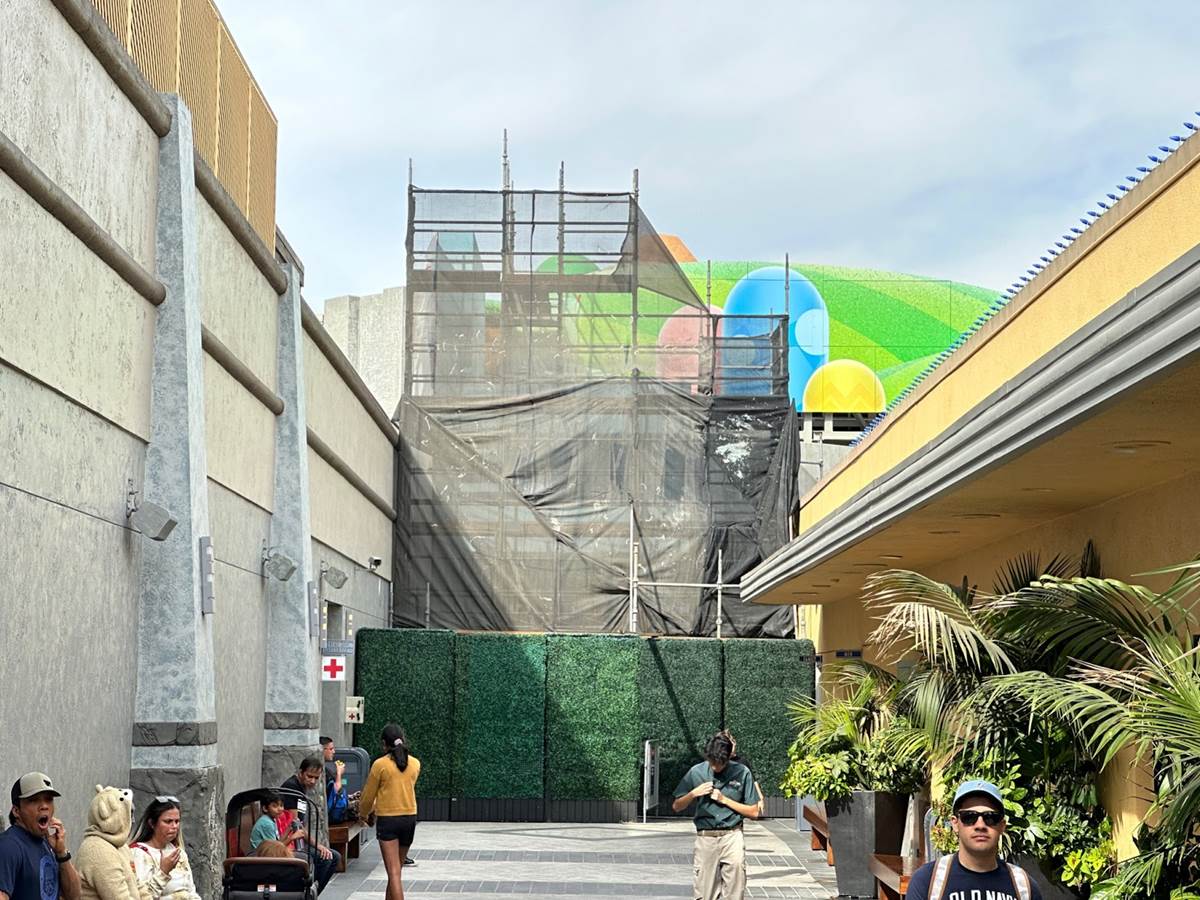 What could be one entrance or exit to the area between Jurassic Cafe and the Character Shop. 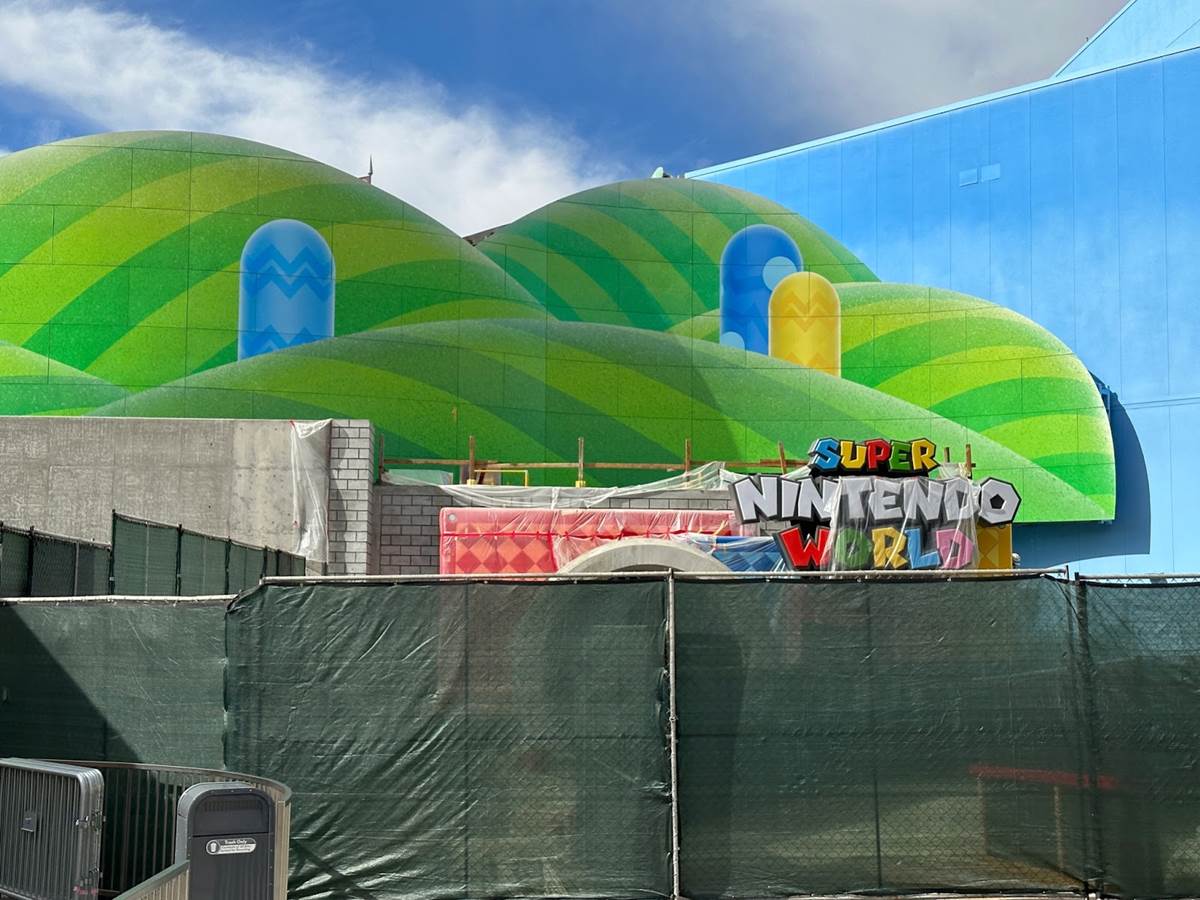 The Super Nintendo World marquee has been installed at the main entrance to the land next to Transformers: The Ride. 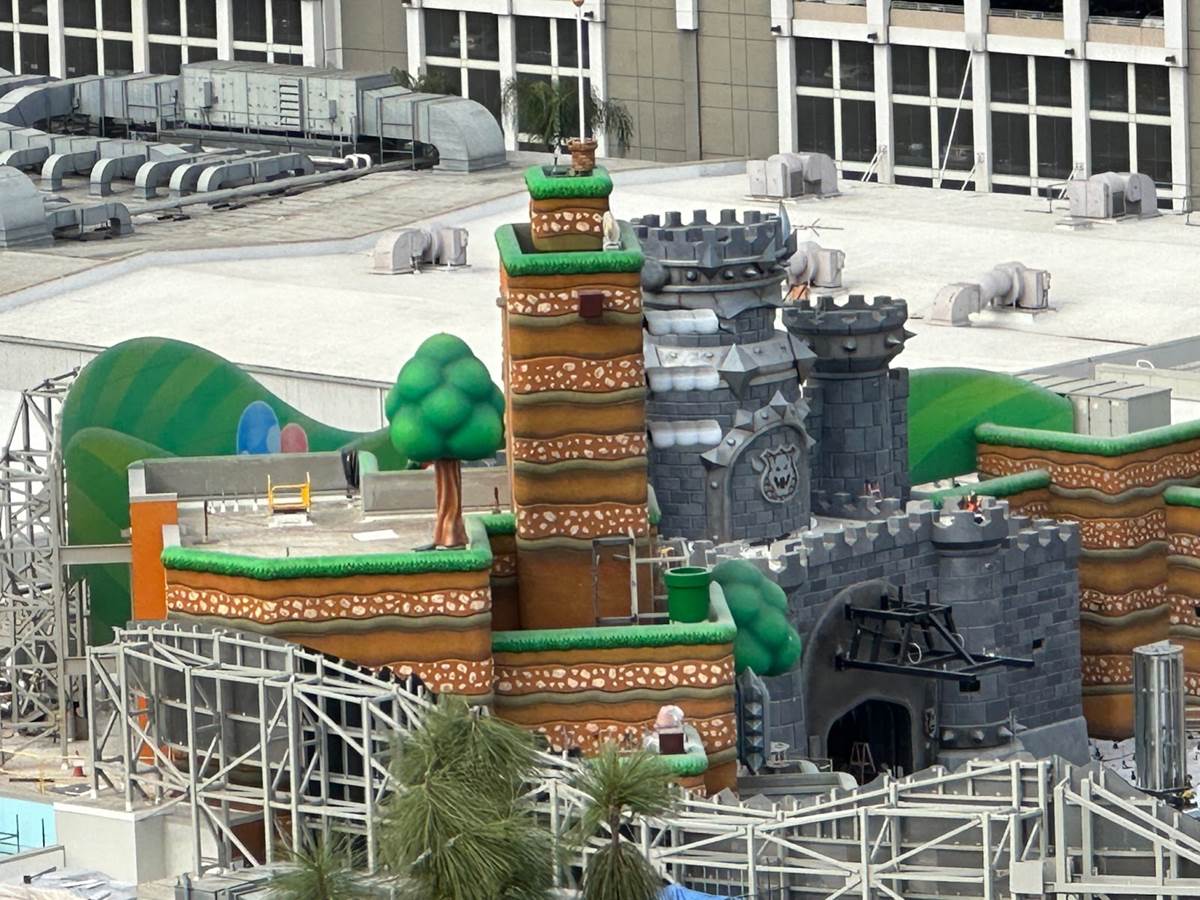 Back overhead, looking at Bowser’s Castle, which will be the entrance to the area’s only attraction, Mario Kart: Bowser’s Challenge. 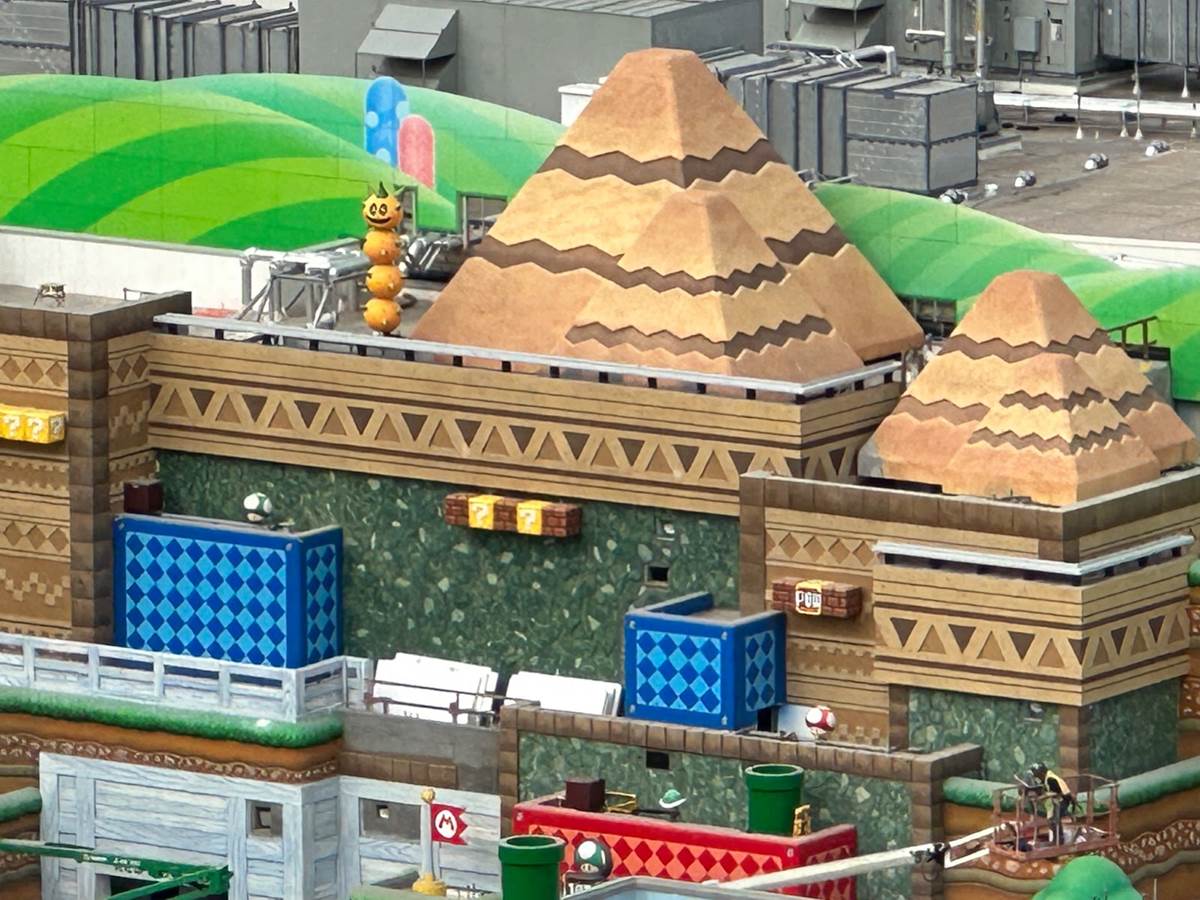 Much of the area will feature interactive and moving elements and characters. At the main entrance, guests will enter through a pipe into Super Nintendo World.