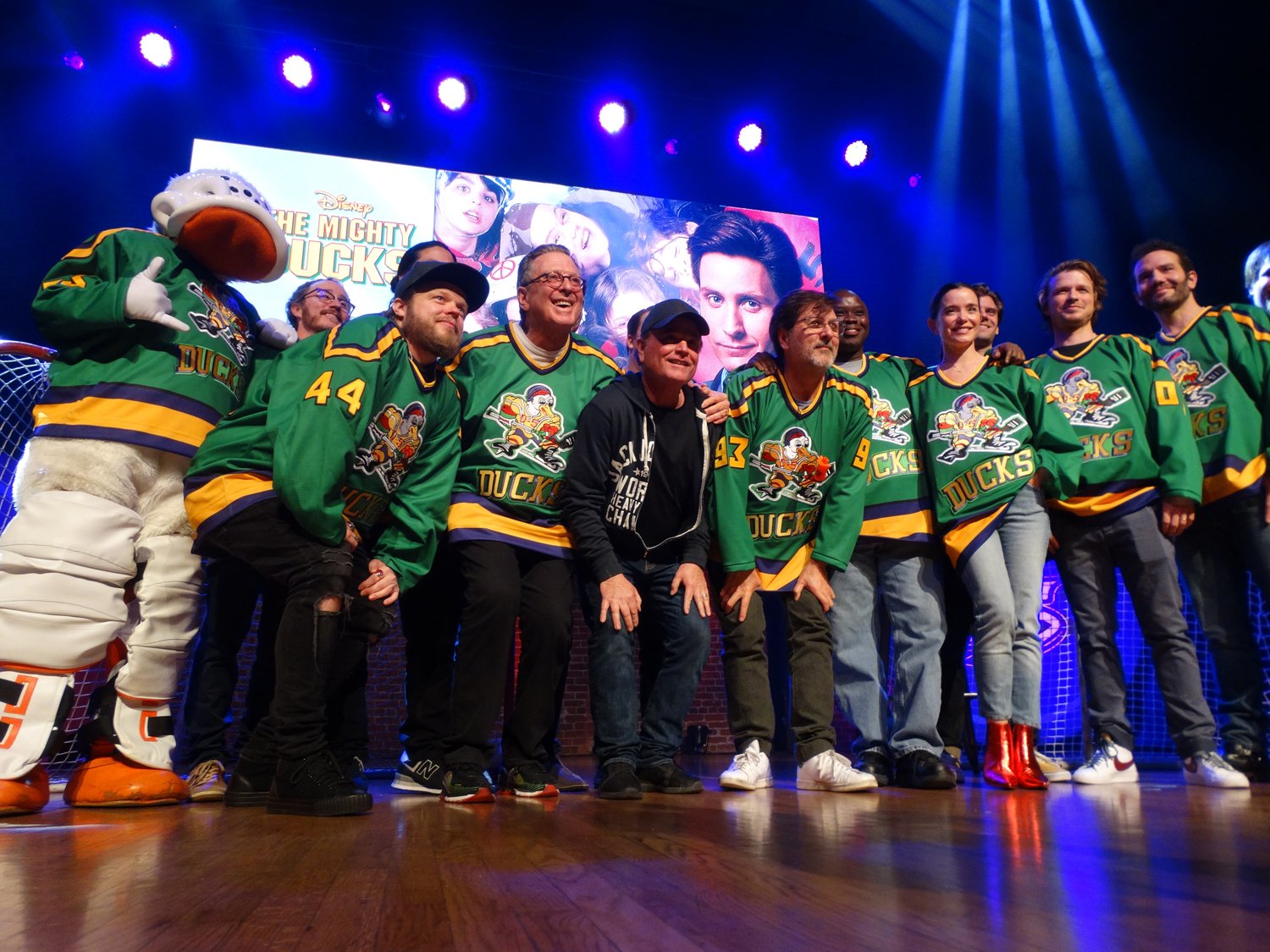 Quack, quack, quack, quack, quack! Anaheim Ducks 25th Anniversary Silver Celebration Week continued Tuesday evening with a screening of the hit live-action Disney movie that originally inspired the hockey team (not to mention two theatrical sequels and an animated TV series) back in the early 90s. The Mighty Ducks Movie Experience saw Southern California fans of the film gathering in Santa Ana’s Yost Theatre for a night of interactive activities, raffles, photo ops, and even some time with the cast of the movie themselves.

First up, guests filed into the historic Orange County theater, where photo displays commemorated the popular film and the Anaheim Ducks mascot Wild Wing was on hand to welcome the enthusiastic audience. There were even several activations carried over from Monday’s Ducks Day at Disney California Adventure.

Though the 25th Anniversary of the original film was actually two years ago, the sequel D2: The Mighty Ducks was released in 1994, soon after the then-Disney-owned hockey team was inaugurated in Anaheim. 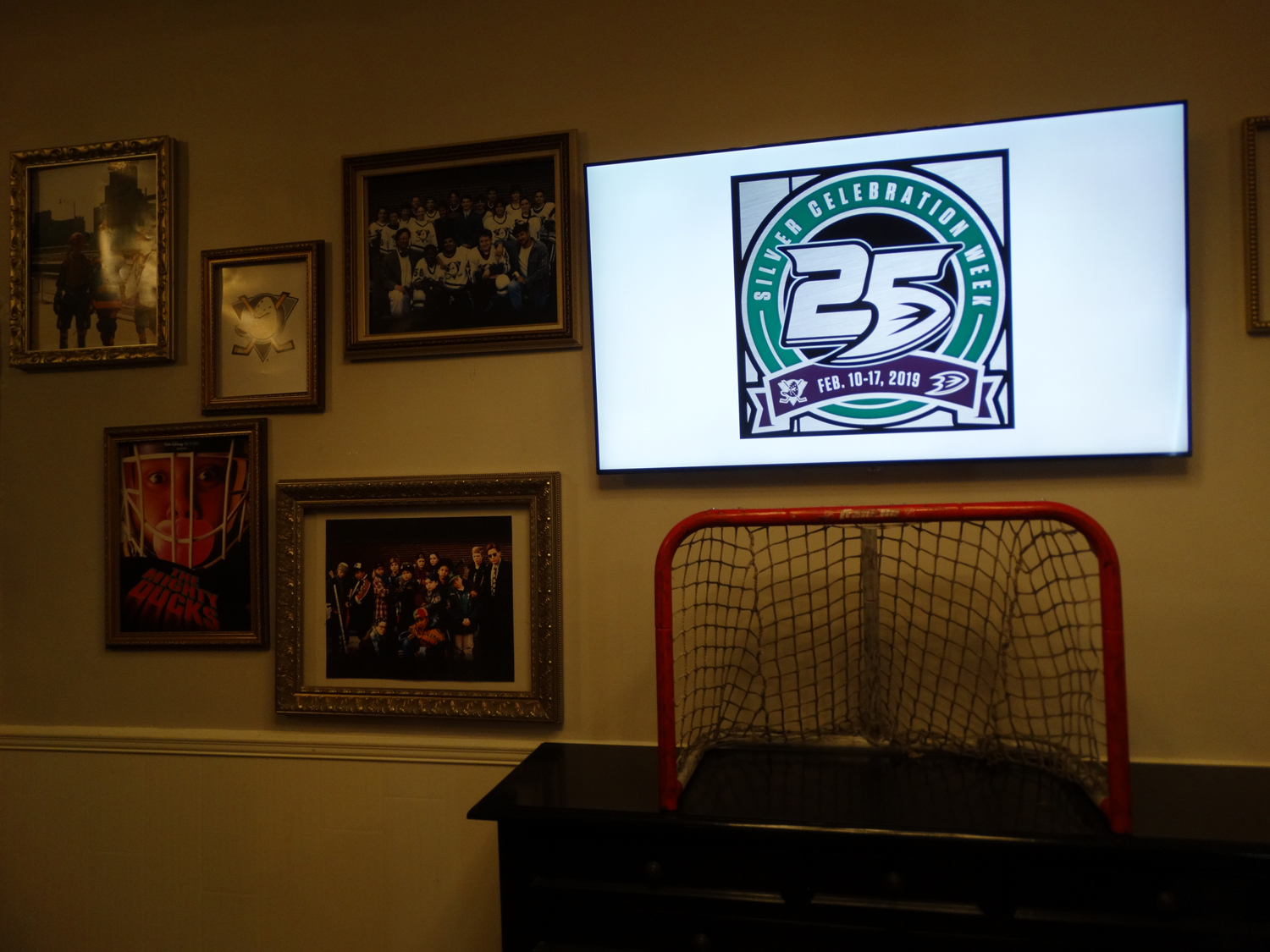 Anaheim Ducks 25th Anniversary Silver Celebration Week continues Wednesday night with The Mighty Ducks movie night at the Honda Center, where the team play their home games during the NHL season. For more information, be sure to visit the Anaheim Ducks’ official website. 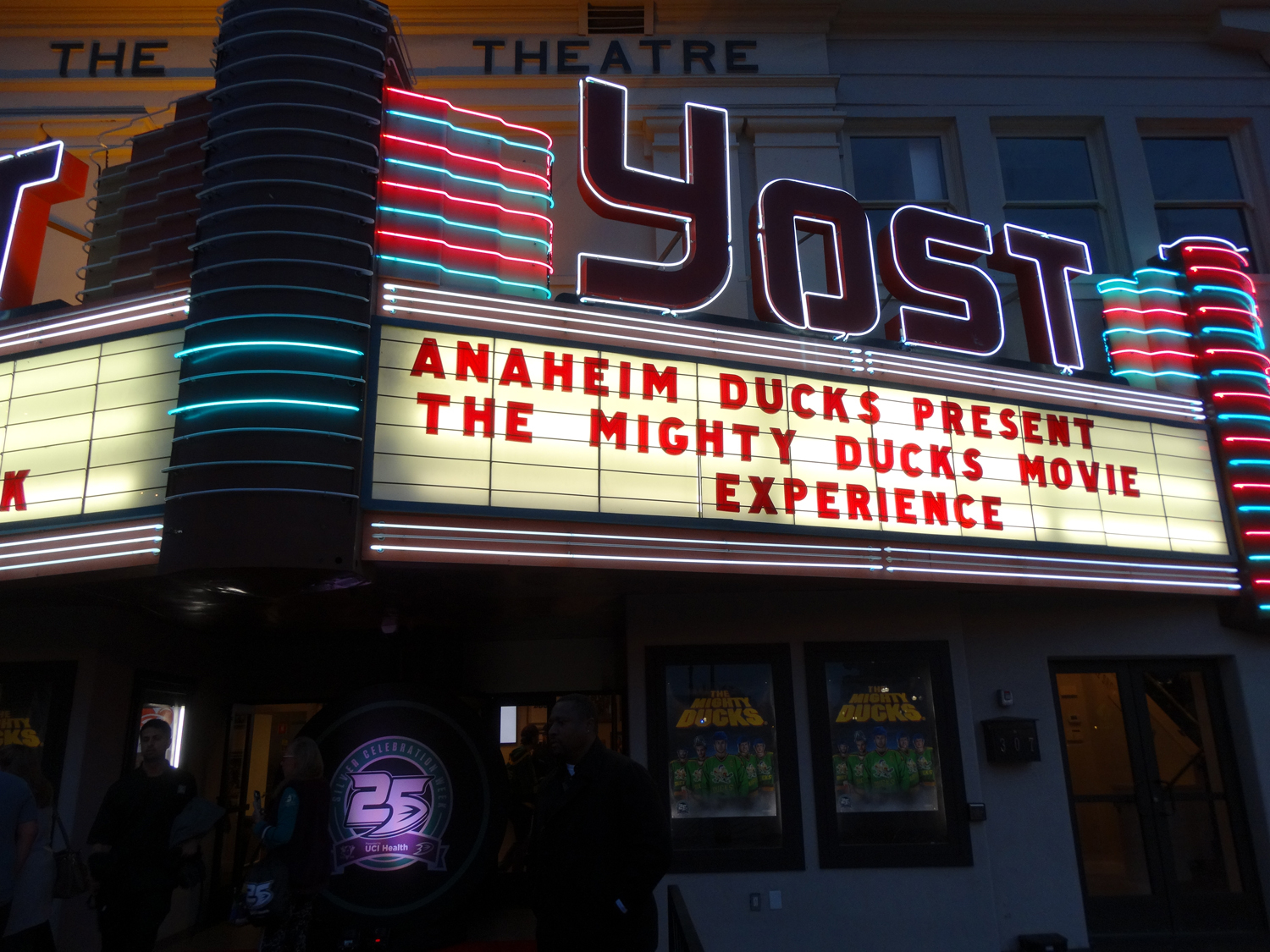