Review – Blumhouse’s “Into the Dark: Treehouse” on Hulu

From the sinister minds that brought you The Purge, Happy Death Day and Paranormal Activity, comes the new Hulu original horror series Into the Dark, which turns every holiday into a complete nightmare.

The new horror anthology series will feature different actors in each episode, with a new episode being released each month focusing on a holiday from that month.

The sixth installment in the series doesn’t actually focus on a specific holiday, but rather the Ides of March. Titled “Treehouse,” this most recent nightmare dives a bit further into the supernatural than previous installments, making this one of the more unique episodes yet. “Treehouse” tells the story of a celebrity chef returning to his roots to lay low while the ghosts of his past keep popping up. 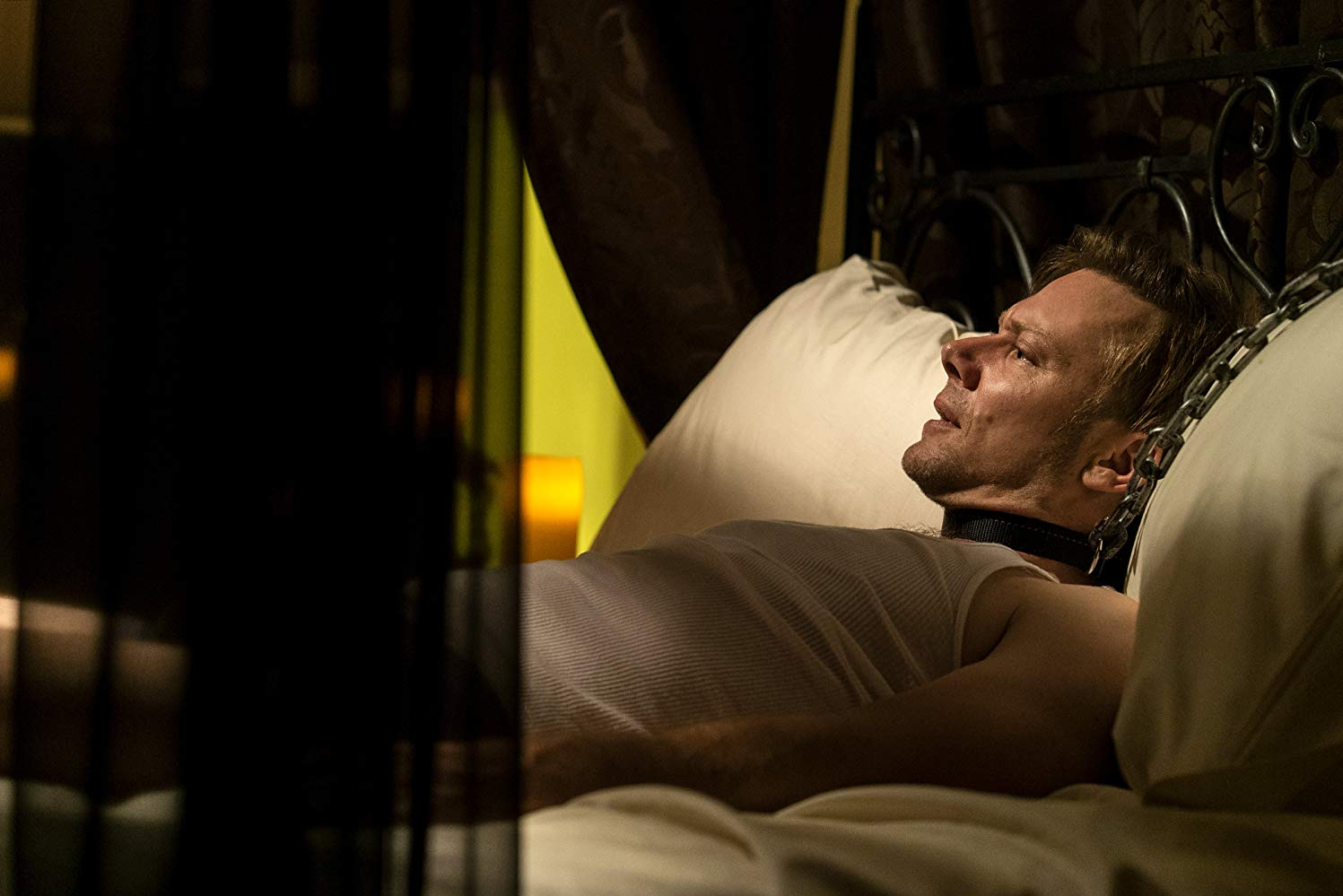 As I’ve said before, I’m not really a fan of horror. I like thrillers and cheesy slashers, but anything more will keep me up at night. While previous episodes of this series have created an uneasy, uncomfortable energy and kept me on the edge of my seat, none of them have cause me to lose sleep. Fair warning, for a brief moment, “Treehouse” gets very close to that territory.

I won’t give away too many details, but it veers away from that horrifying path pretty quickly and heads down a much more bizarre one.I have to say, this is easily the strangest installment of Into the Dark yet. It definitely builds suspense to a boiling point through the first act, but then it just gets really… weird.

I will say I definitely did not see this one coming. You may remember from my review of “Down,” the previous Into the Dark installment, my biggest knock on it was it was too predictable. “Treehouse” is definitely not predictable. In fact, several times throughout, just when you think you’ve figured out what’s going on, it flips on you.

Once again, Into the Dark is fantastically acted. “Treehouse” is the first installment to feature two actors I was very excited to watch – Jimmi Simpson (Westworld) and Stephanie Beatriz (Brooklyn Nine-Nine) – and they did not disappoint. The entire cast is fantastic and really do a great job of drawing you in as you watch this nightmare unfold.

With all that being said, “Treehouse” is just a bit too strange for me. It becomes a very supernatural story, and while it ties up almost everything at the conclusion, it leaves a few loose ends. It’s certainly worth watching for the excellent cast and the dark humor that Into the Dark is becoming known for, but overall this is one of my least favorite installments in the series.

As always, I’ll leave you with a gore warning (gore-ning? I’ll work on it). While previous episodes of Into the Dark have featured some gruesome scenes, “Treehouse” has very little to make you look away from the screen. It’s strange, but it’s not very bloody.

“Treehouse” premieres on Hulu on March 1, with subsequent episodes of Into the Dark coming each month for a full year. Be sure to check out our review of previous episodes, including my reigning favorite, “Pooka!,” and check back for more reviews of this new Hulu original as I try to help you decide if each episode will cost you hours of sleep.