2018 was an odd year for Star Wars as a franchise. To call the fan reaction to Episode VIII: The Last Jedi (which hit theaters in the final weeks of the previous year) divided would be an understatement, and its theatrical follow-up Solo: A Star Wars Story underperformed at the box office for reasons that will be debated for some time. But 2019 is already shaping up to carry forth a more positive vibe from popular culture’s favorite space opera series, with Disney theme parks’ upcoming new Star Wars: Galaxy’s Edge land generating massive amount of buzz, J.J. Abrams’s trilogy wrap-up Episode IX potentially reuniting a splintered fanbase, and this April’s official gathering Star Wars Celebration sure to reinject some energy into the conversation around Star Wars as a whole.

But one of the first notable Star Wars offerings from Lucasfilm this year comes not on the big (or small) screen, but in the form on a novel called Star Wars: Queen’s Shadow, which takes place between Episodes I and II of the larger saga. This book invites readers to spend a good deal of time with a major but still somehow underdeveloped character from George Lucas’s Star Wars prequel trilogy: Padmé Amidala– also known as Queen (followed by Senator) of Naboo, then secret wife of Jedi Knight Anakin Skywalker, and finally mother of Luke and Leia. Padmé was played by Natalie Portman in three movies, but even after seeing each of them multiple times, even the most devoted Star Wars fan might feel like they don’t know her very well at all. Star Wars: Queen’s Shadow aims to resolve that deficiency by devoting an entire novel to the exploration of her mindset. 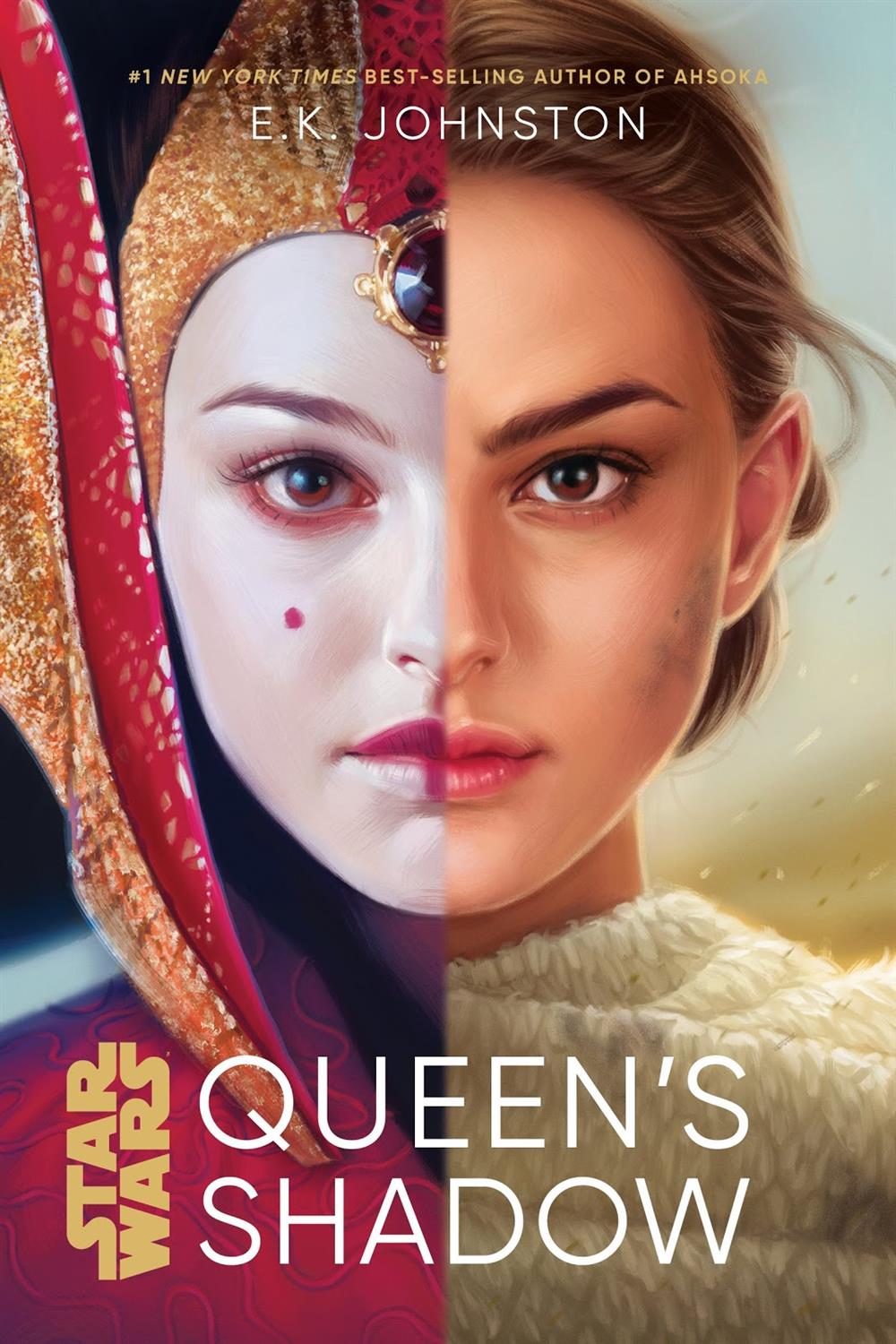 Star Wars: Queen’s Shadow picks up where Episode I: The Phantom Menace left off, with Padmé’s home planet of Naboo having defeated the Neimoidian Trade Federation invaders. Amidala serves out the remainder of her four-year term as democratically-elected queen, and just when she begins contemplating a life of galaxy-wide community service, her royal replacement requests that she step into the position formerly occupied by now-Chancellor Palpatine, as the senator representing Naboo on the city-planet of Coruscant.

The bulk of the novel then takes place in the halls of the Galactic Senate, which proves just as thrilling here as it did in the prequel trilogy. Sarcasm aside, I have to admit up front that though I consider myself a lifelong and diehard Star Wars fan, I am probably not the target audience for this book. Though I have reached the age where I’ve accepted that many fans younger than me who grew up on the prequels still remember them fondly, I can’t say I feel the same way, and the very idea of reading about Padmé navigating the political waters of Coruscant for 350 pages did not appeal to me in the slightest. But in the interest of this review, I went into Queen’s Shadow with the most open mind I could muster up.

First off, I do want to say that I found the book well-written by author E.K. Johnston (who previously submitted Star Wars: Ahsoka into the current canon), but unfortunately the above-average prose of Queen’s Shadow is still never quite compelling enough to elevate the material over the subject matter, which drags on for chapters and chapters about the relationships between Padmé’s innumerable handmaidens, all of whom have names and personalities that are so similar I frequently found myself losing track of which is which. I’m sure Sabé is altogether different from Saché in some way, but having just finished reading the book I couldn’t definitively tell you how.

In keeping with the recent Star Wars expanded universe output’s laudable tendency toward social progressivism, two of the handmaidens are in love with each other and one contemplates pansexuality in a way that Lando Calrissian never quite delivered on in Solo, but is any of that character development in service of a good story? Not really, it turns out, as Star Wars: Queen’s Shadow is quite possibly the most uneventful slice-of-life tale ever told about A Galaxy Far, Far Away. Sure, Amidala has a handful of interactions with the aforementioned Palpatine and Senator Bail Organa from Alderaan, who eventually goes on to adopt her daughter, but those intersections never amount to much, as ultimately the book’s only real purpose is to fill in a couple minor plot points about why Padmé is where she is at the beginning of Episode II: Attack of the Clones. 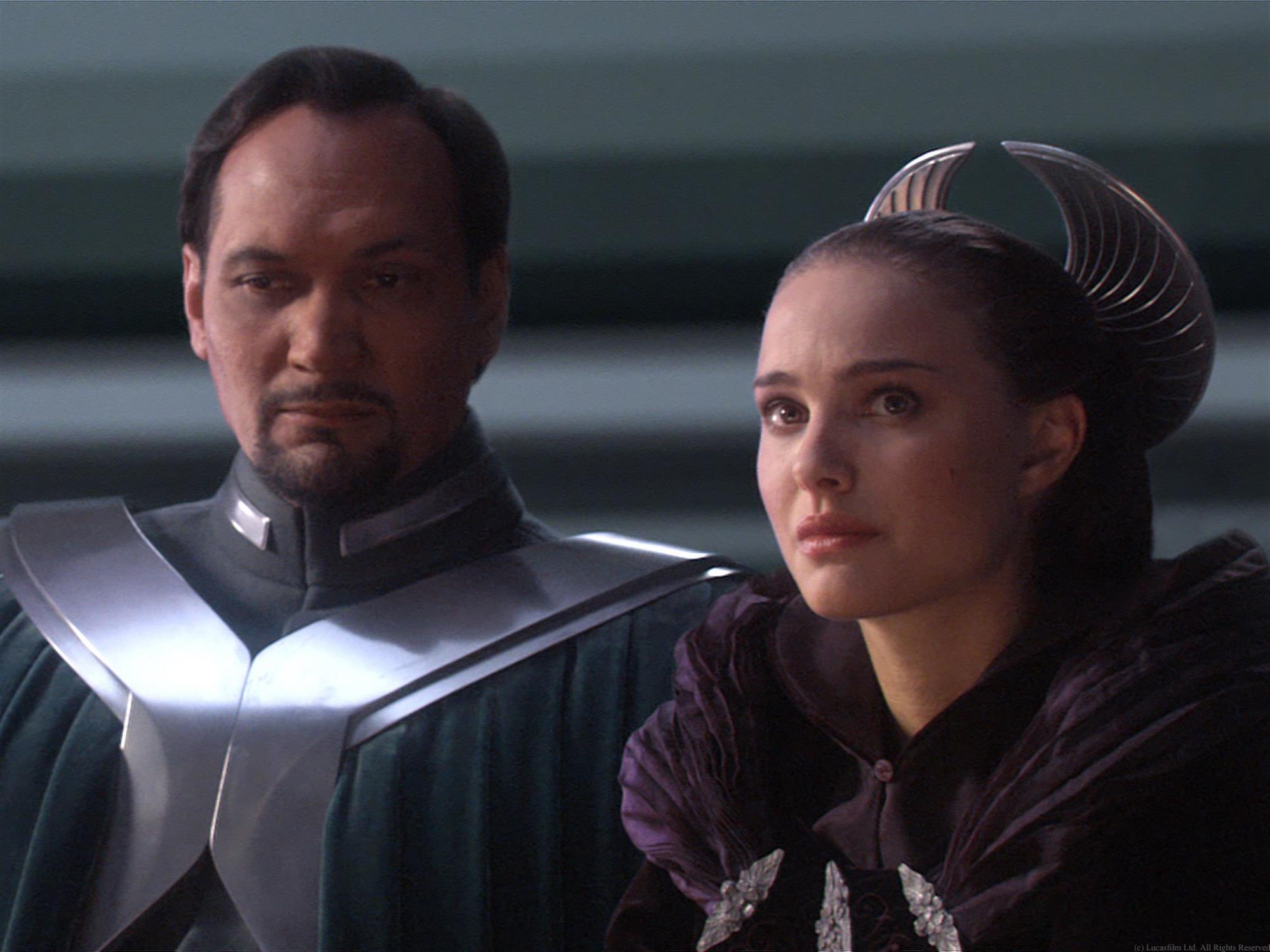 There are also recurring appearances by fellow Senators Bonteri and Clovis, characters who become important later in the Star Wars chronology (specifically on the Clone Wars animated series) but in this context even that admirable attention to continuity feels very low-stakes. I’m not the kind of consumer who needs action around every corner, but the most dramatic this story gets is in the hinting of bigger, more important developments to come… developments we’ve already seen happen in other, far more engaging chapters of this ever-growing patchwork quilt we call Star Wars.

I kept waiting for Star Wars: Queen’s Shadow to have an inciting incident that would send Padmé on an adventure (or at the very least some kind of provocative political intrigue) worthy of the brand above its title, but that moment never came for me. This is a full-length novel about a former queen mulling over her place in the galaxy after her reign comes to an end, and even that as a premise sounds more interesting than what is actually between this book’s covers. The climax of this novel involves a bill being passed in committee after a lengthy session of negotiation, so if that’s the kind of thing you look for in your Star Wars, it may very well be for you. It wasn’t for me. 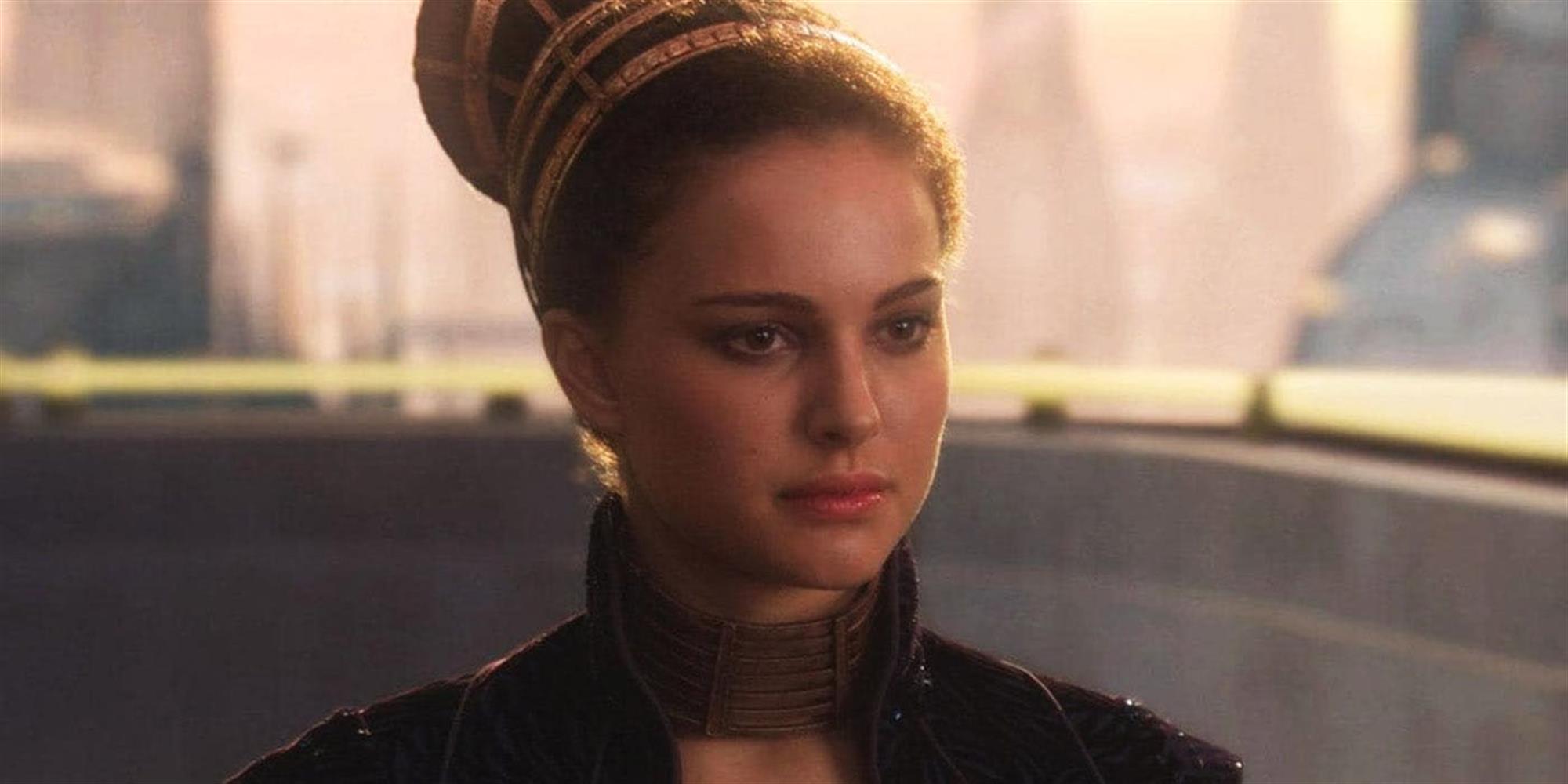 Star Wars: Queen’s Shadow is available as of Tuesday, March 5 from wherever books are sold.