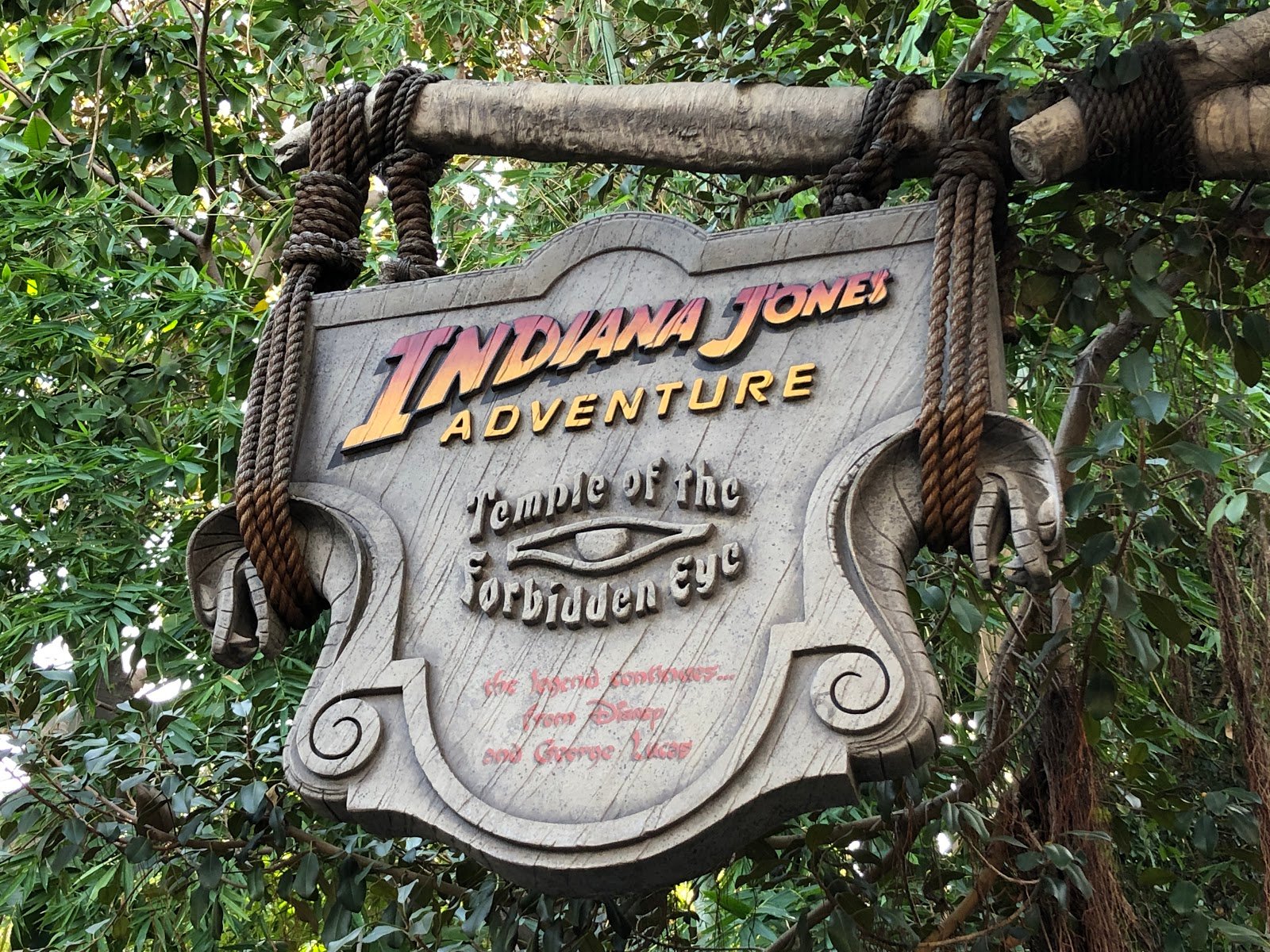 Decoding Maraglyphs in the Temple of the Forbidden Eye has been an integral part of the queue for Disneyland’s Indiana Jones Adventure since it first opened back in 1995. In the early days of the attraction (and at some recent special events at Disneyland Resort) decoder cards were handed out at its entrance, allowing guests to translate a series of phrases on the walls of the temple’s interior and exterior.

And now, this interactive aspect of Indiana Jones Adventure has taken the next logical step: Maraglyph decryption has been integrated into the Play Disney Parks mobile device app via a new experience called “The Gifts of Mara.” 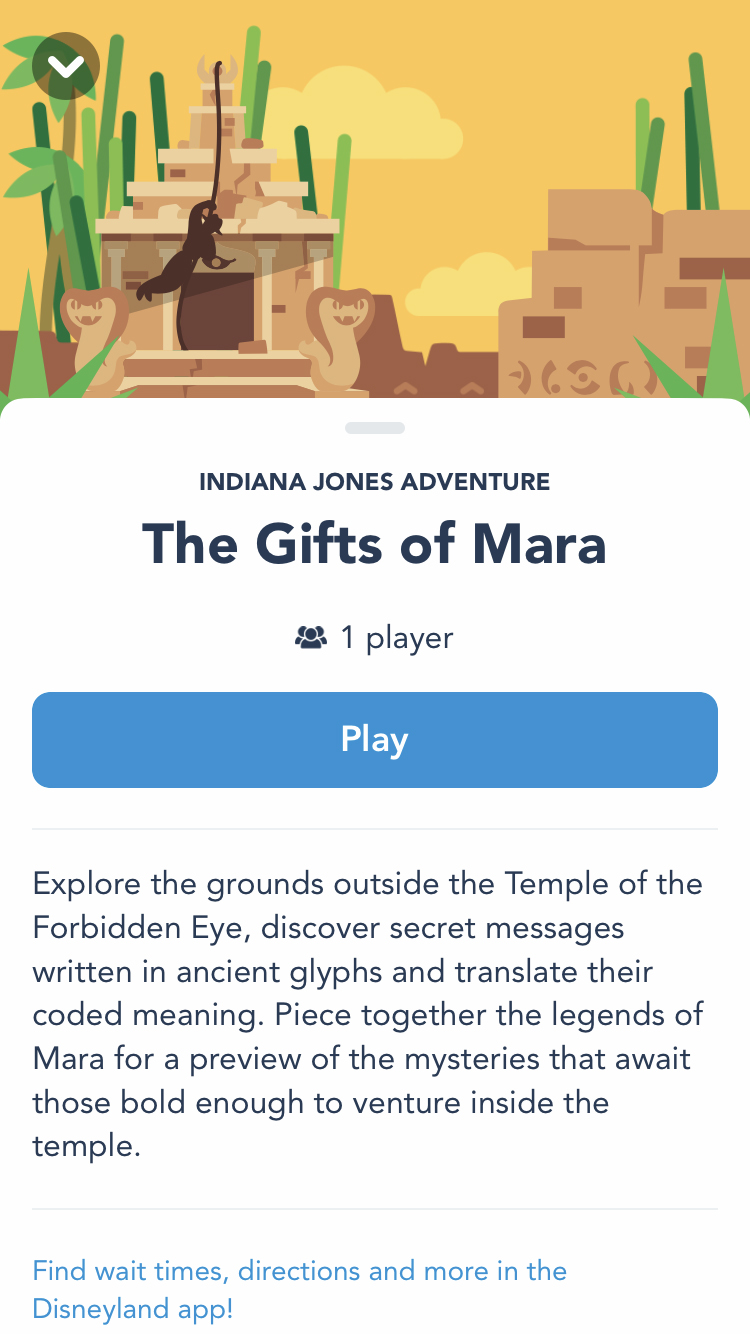 I spent a good part of this afternoon playing through “The Gifts of Mara” at Disneyland, and I will say that it puts a fun twists on the already-in-place immersive nature of the Indiana Jones Adventure queue, but the experience is marred by the Play Disney Park’s existing technical issues. It took me nearly two hours to complete the full quest, which would not be a complaint if that time had mostly been taken up by content, but a lot of it was spent wrestling with restarts and a very clumsy interface. 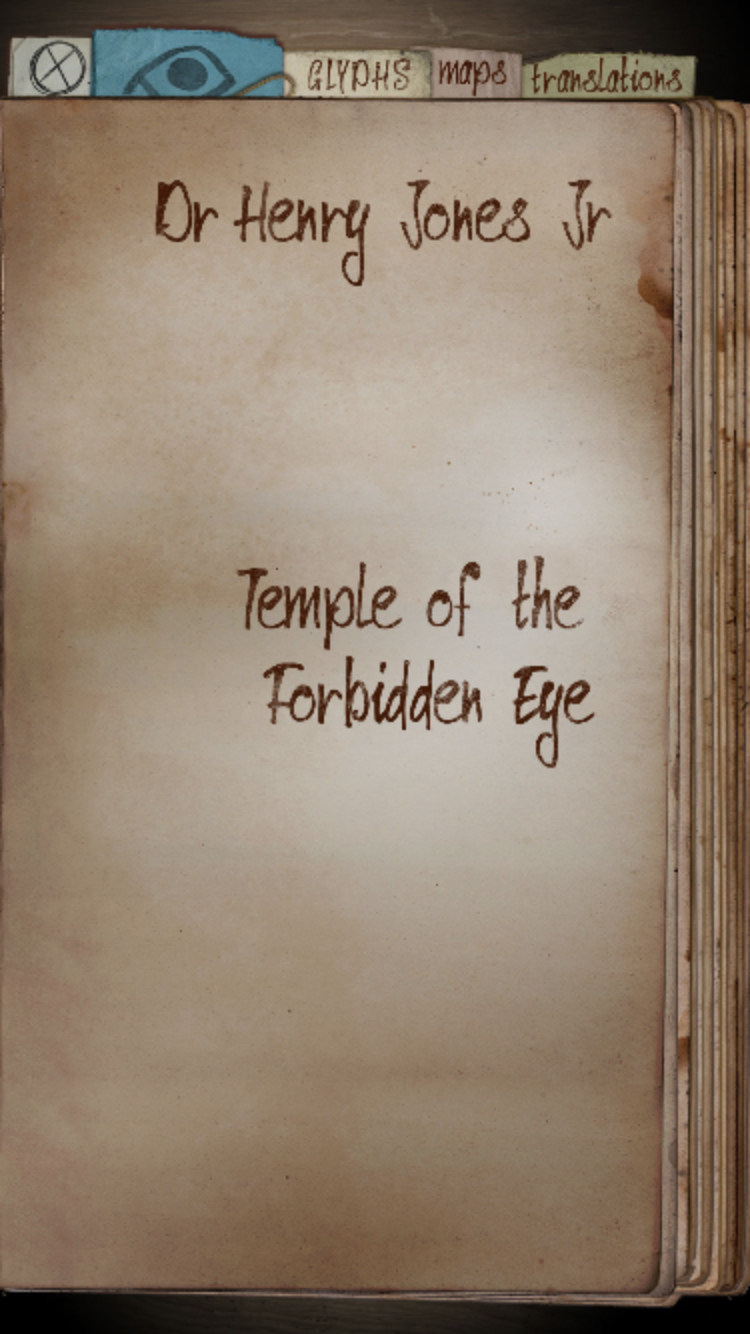 “The Gifts of Mara” mini-game within the Play Disney Parks app is broken up into four sections– represented by pages in Dr. Henry “Indiana” Jones’s diary: Glyphs, Maps, and Translations. The first, Glyphs, allows you to type in the specific characters you’ll see around the Temple of the Forbidden Eye similar to how you enter in Aurebesh text in the Star Wars: Galaxy’s Edge datapad, only this time it immediately translates each letter into the Roman alphabet. The second page, Maps, represents your “reward” for putting in the work necessary to decrypt each of the phrases. With each successful translation, you’ll uncover another part of a map. And as each map is completed, you’ll begin to receive pieces of another, until all three are intact. Each map also grants you an achievement within the larger Play Disney Parks experience, representing the three different “paths” you can take on the ride itself. I like this idea a lot, and it was a good excuse to go back through and revisit some of the Maraglyphs I hadn’t translated for many years, but I also found the process of inputting the character to be a bit tedious, as– like the Star Wars datapad– the characters are not in alphabetical order. I ended up doing a lot of hunting and pecking, and then a lot more deleting and re-entering, considering many of the Maraglyph letters are similar to each other. Even when I already knew what a particular word or phrase was, it would take me upwards of a couple minutes to enter it into the app, which meant I constantly had to let guests behind me pass through. Ideally this would be an activity you could use to pass the time while waiting in line for the attraction with friends, but the method by which the app helps you decrypt the glyphs is so much slower than using the decoder cards that I would still probably recommend just printing one out and keeping it in your wallet. The advantage with Play Disney Parks, obviously, is that you’ll earn the achievements, so I suppose it depends on how important that kind of thing is to you personally. 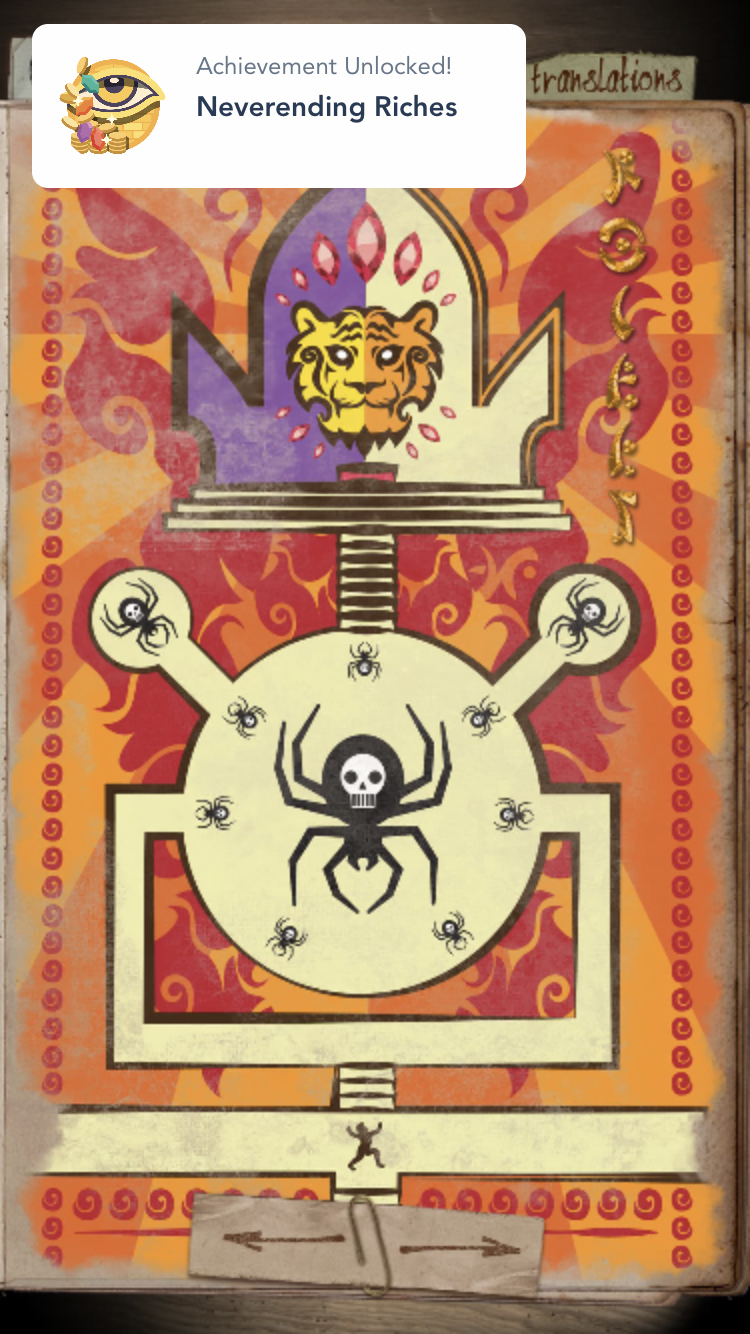 Ultimately it’s always nice to have more to do while standing around waiting to board a ride, even though the use of a mobile device doesn’t really fit in with the era of the Indiana Jones franchise in the way it does with Star Wars. Still, I think the best thing about “The Gifts of Mara” is that it will likely remind guests of the attention to detail that went into Imagineering the Temple of the Forbidden Eye, or perhaps expose it to them for the first time.