Photos – Here’s What Happens When You Leave Oga’s Cantina to Use the Restroom at Star Wars: Galaxy’s Edge 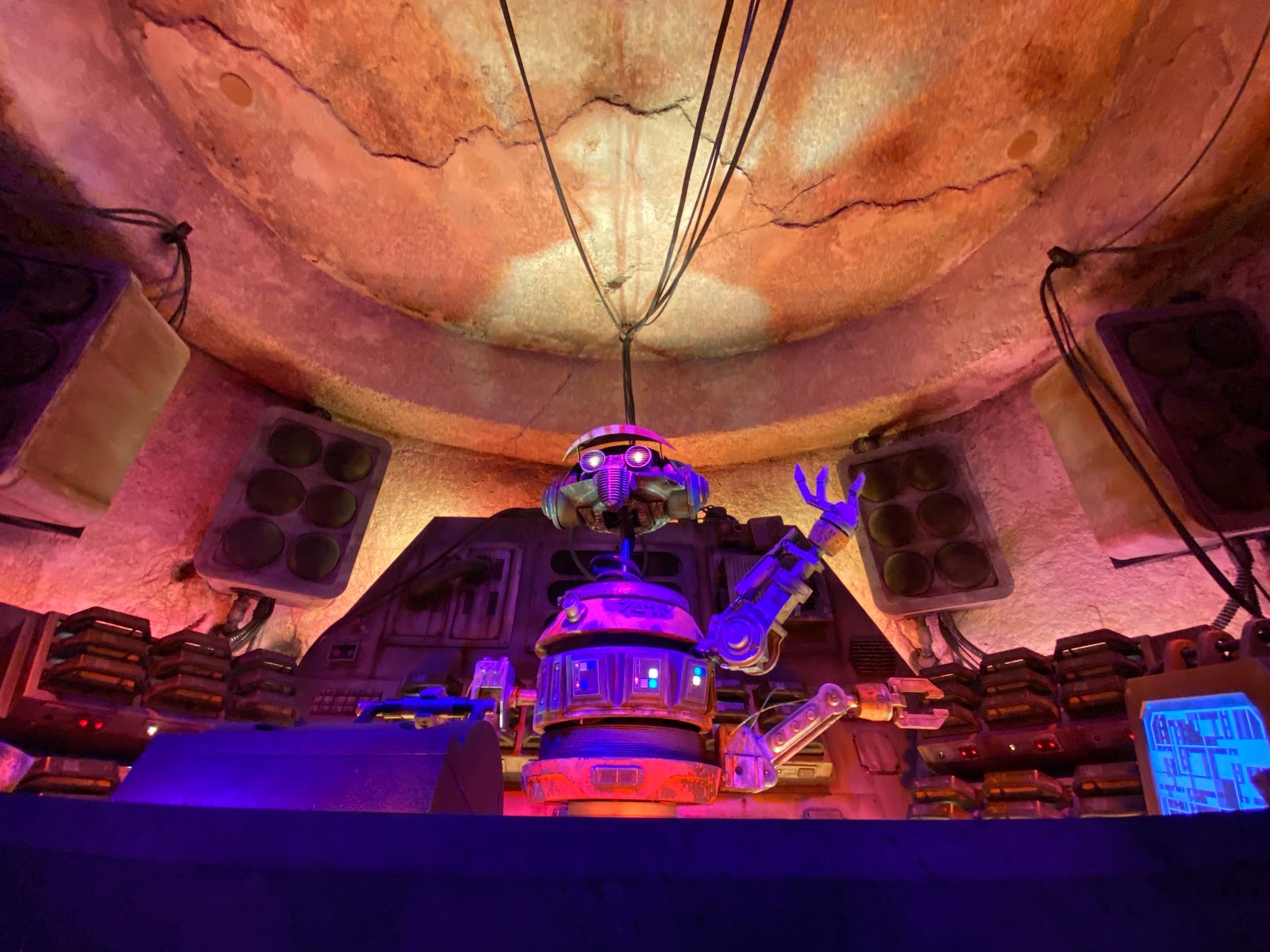 No trip to Star Wars: Galaxy’s Edge’s Black Spire Outpost on the planet Batuu (accessible via Disneyland in Anaheim, California, of course) is fully complete without a stop at Oga’s Cantina, though it isn’t always easy to get into the popular hotspot. Still, once you’re seated or standing inside you can enjoy a variety of beverages and snacks from around the galaxy until your time is up– unless you need to leave to use the restroom– sorry, refresher during those 45 minutes.

There are no facilities in the cantina itself (the nearest one is behind Droid Depot), so if do you need to take a bathroom break during your visit to Oga’s, you’ll be issued a pass to bypass the line and get back in. It does come with a warning, however, and off-worlders would be best advised to follow it to the letter. “UPON REDEMPTION, PASS HOLDER AGREES TO OBEY THE CANTINA CODE OF CONDUCT. THOSE WHO DO NOT OBEY WILL ANSWER TO OGA GARRA.”

Oga Garra, of course, being the Blutopian owner, proprietor, and namesake of Oga’s Cantina. Those who have read the recent canon novels Star Wars: Galaxy’s Edge – Black Spire and Star Wars: Galaxy’s Edge – A Crash of Fate know that Oga is a shrewd businessperson and something of a local luminary with many financial interests and influence spread throughout Black Spire Outpost. I’d go so far as to call her a crimelord, but I’d be afraid of being abducted from the streets with a bag thrown over my head during my next visit to Galaxy’s Edge. As far as the “Cantina Code of Coduct” goes, that’s posted outside the establishment’s entryway: 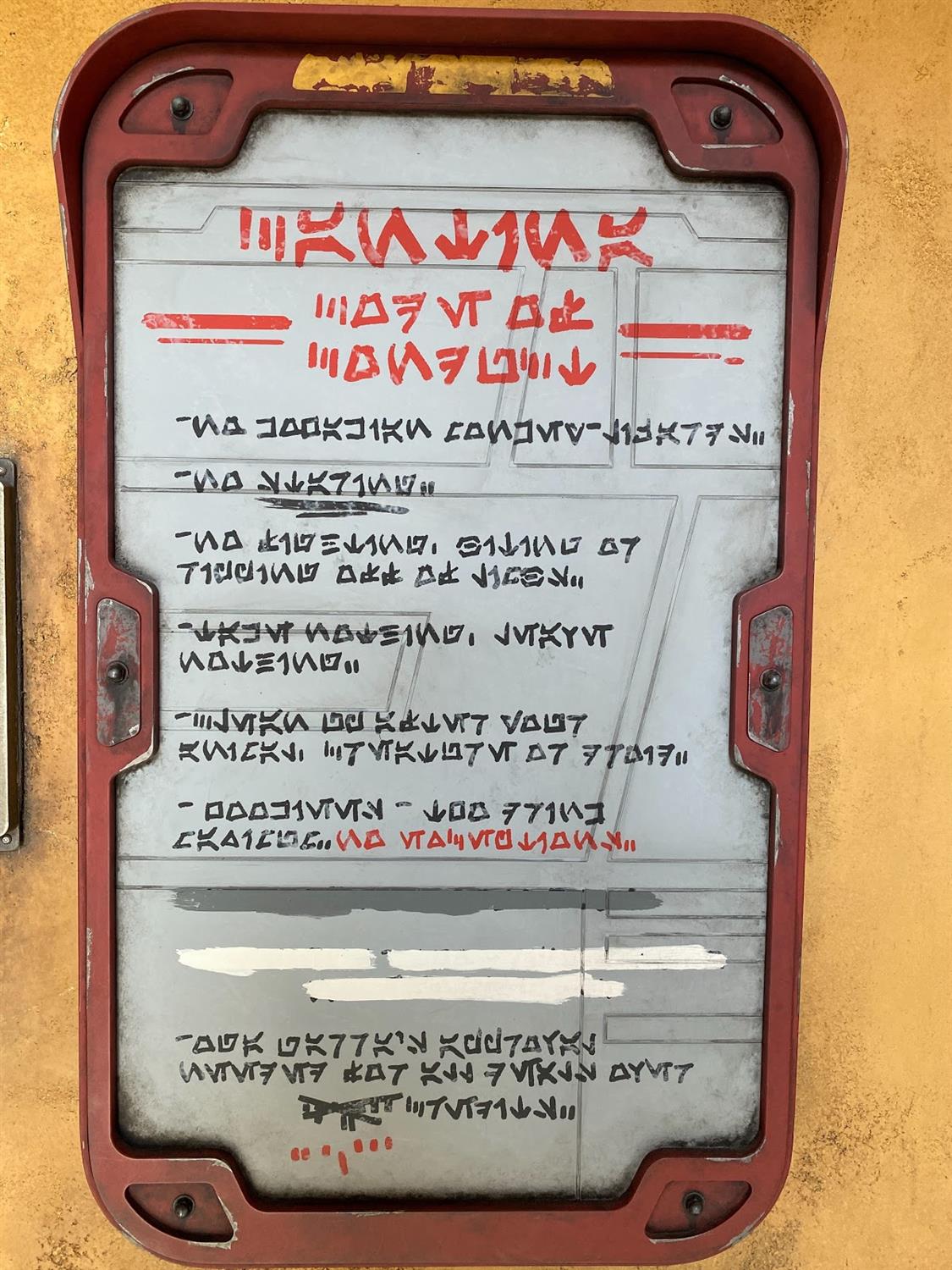 So there you have it. Oga’s Cantina can be a little rough, but if you follow all of Oga’s rules you might be able to get by without having your arms ripped out of their sockets. Bright Suns!