The latest episode of Into the Dark is titled “Crawlers” and, while it is the second installment to be released in March, it is the first to focus on St. Patrick’s Day. Last year’s March episode was titled “Treehouse” and based on the Ides of March. “Crawlers” follows an unlikely group of friends who are forced to try and save their small town from a group of body-switching aliens. 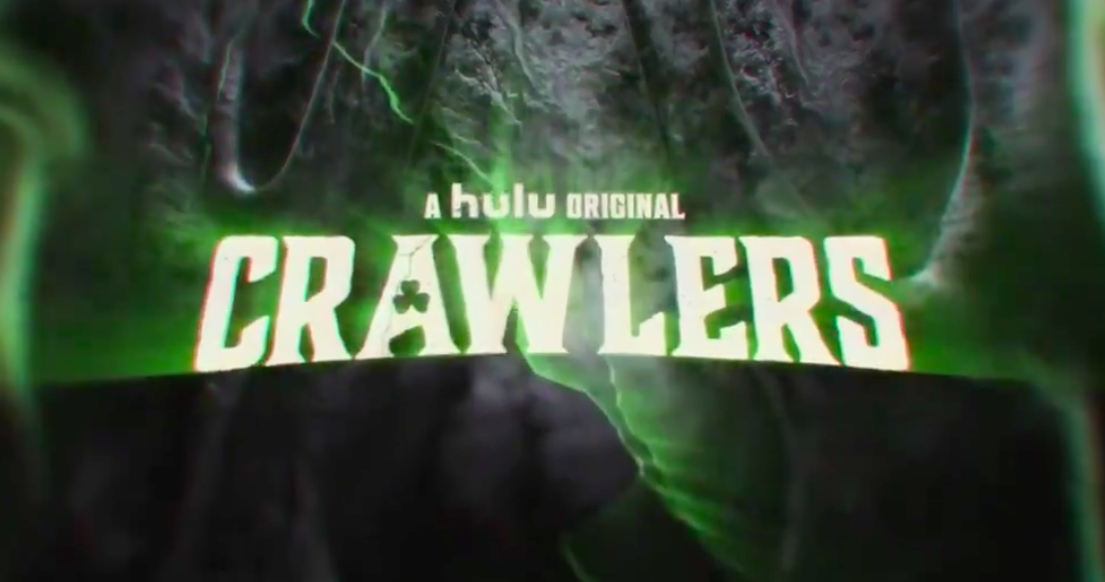 Some episodes of Into the Dark a terrifying, some are edge-of-your-seat thrillers and some are just plain fun. “Crawlers” is just plain fun. Aside from “Pooka!” (still the best installment in the series), Into the Dark is at its best when it’s not trying to be a nightmarish horror film and instead just embraces its fun, campy side.

“Crawlers” does exactly that right from the beginning, with Shauna (Giorgia Whigham) starting to explain the story to us via what seems to be her YouTube channel. She periodically freezes the story to chime in with voice over to provide context or even just to drop a joke in here and there, like a Zack Morris timeout.

While Shauna is a very fun character, she’s arguably not the main character. That more or less falls on Misty (Pepi Sonuga) who, after a brief falling out, just wants to find her friend and make sure she’s safe. The two of them are joined by Chloe (Jude Demorest), that (former) best friend Misty is looking for; Yuejin (Olivia Liang), Chloe’s potential replacement for Misty; and Aaron, a frat guy who isn’t exactly what he seems.

The fun kicks off before the title sequence even begins, with our first alien attack occurring just about five minutes in. “Crawlers” certainly doesn’t lack action or comedy as every scene is either filled with one or the other or at least  building up to another scene that is. It doesn’t follow the typical slow-building formula of Into the Dark, which typically doesn’t reveal what the real threat is until about halfway through. No, this one jumps right in. 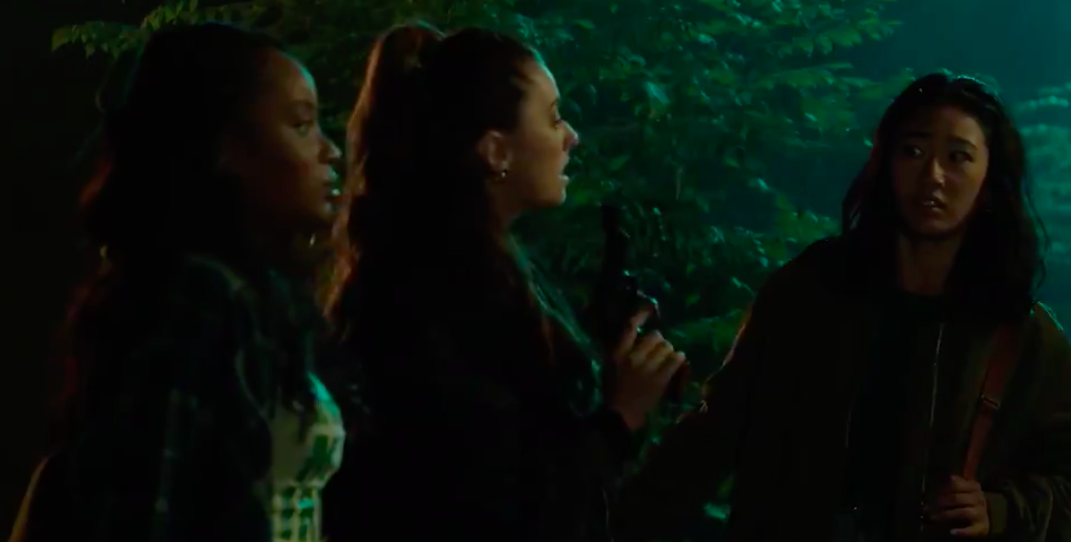 It also doesn’t take a lot of time to build suspense before those big jump scares, like most other episodes have in the past. So if you’re someone who doesn’t enjoy those long, anxious scenes where the main character peeks around the corner only to have a monster pop up behind her, don’t worry, “Crawlers” keeps those to a minimum. They’re not entirely absent though. It is still a horror movie afterall.

The best comparison I think for “Crawlers” would be something along the lines of Zombieland. It certainly doesn’t fully commit to the comedy side as much as Zombieland does, but it also never takes itself too seriously and is just a lot of fun to watch. It still has some very serious underlying tones and a lot of heart, but really the focus of “Crawlers” is just on killing aliens and having fun. It even delivers one of those cliche “which one do I shoot?” moments, which you would have to expect is coming in the movie like this.

Overall, “Crawlers” is one of the strongest episodes of Into the Dark yet. If you’re a fan of fun and campy horror films, this is certainly one you’ll enjoy. Of course, if you’re looking for something a bit more frightening, this may not be the one for you.

“Crawlers” will debut on Hulu on Friday, March 6. Be sure to check out our reviews of previous episodes and check back each month to see just what Into the Dark has in store next.