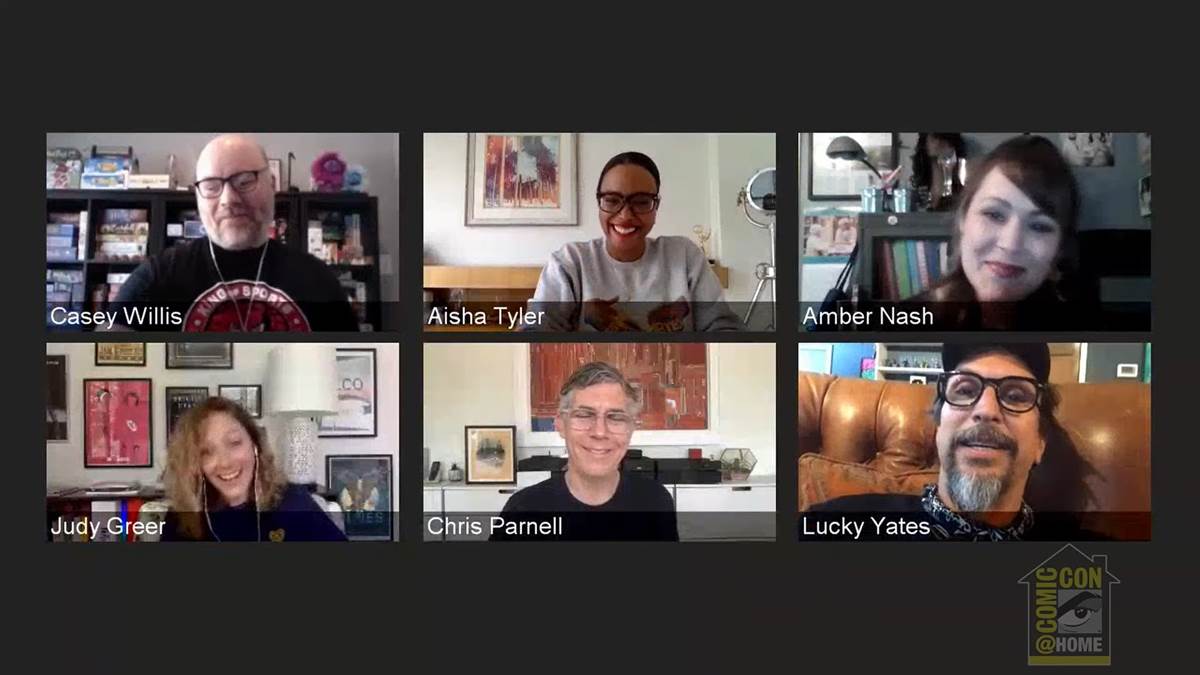 The panel for FXX’s Archer brought together executive producer Casey Willis with voice cast members Aisha Tyler (Lana Kane), Judy Greer (Cheryl Tunt), Chris Parnell (Cyril Figgis), Amber Nash (Pam Poovey), and Lucky Yates (Doctor Krieger) for a conversation about the cult favorite animated series, among other things. In the bullet-point list below, I’ve selected some of the more memorable tidbits to come out of this presentation.