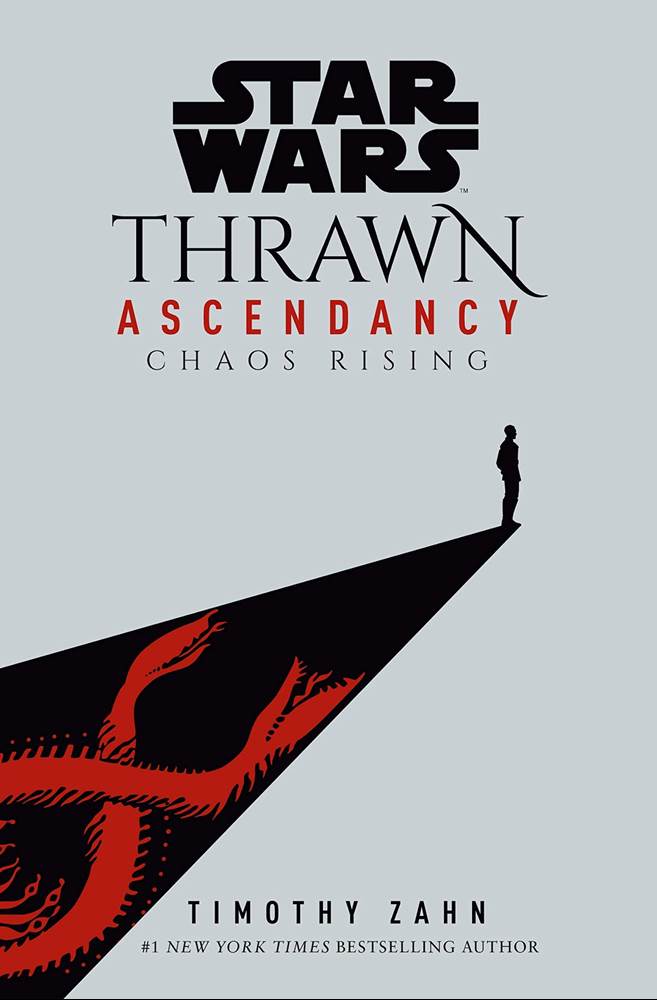 Star Wars villain Grand Admiral Thrawn is something of an unlikely success story, both in the fictional universe he inhabits and the real world, where he was invented by author Timothy Zahn for the 1991 now-”Legends”-canon novel Star Wars: Heir to the Empire. Thrawn has always been an outsider in the Galactic Empire– an alien who rose to power in an establishment controlled almost exclusively by humans thanks to his uncanny deductive reasoning skills and superior tactical prowess.

In 2016, Thrawn was reinserted into the current Star Wars canon via the Disney XD animated series Star Wars Rebels, and since then Zahn has crafted an entire additional trilogy of novels providing a groundwork for Thrawn’s meteoric rise among Imperial navy ranks, and now he’s written a new book going back even further in the grand admiral’s history. Star Wars: Thrawn Ascendancy – Chaos Rising now represents the beginning of Mitth'raw'nuruodo’s timeline, depicting the Chiss warrior as a rising star in his own home system’s military and illustrating something of an origin story for our favorite blue-skinned baddie from beyond A Galaxy Far, Far Away. 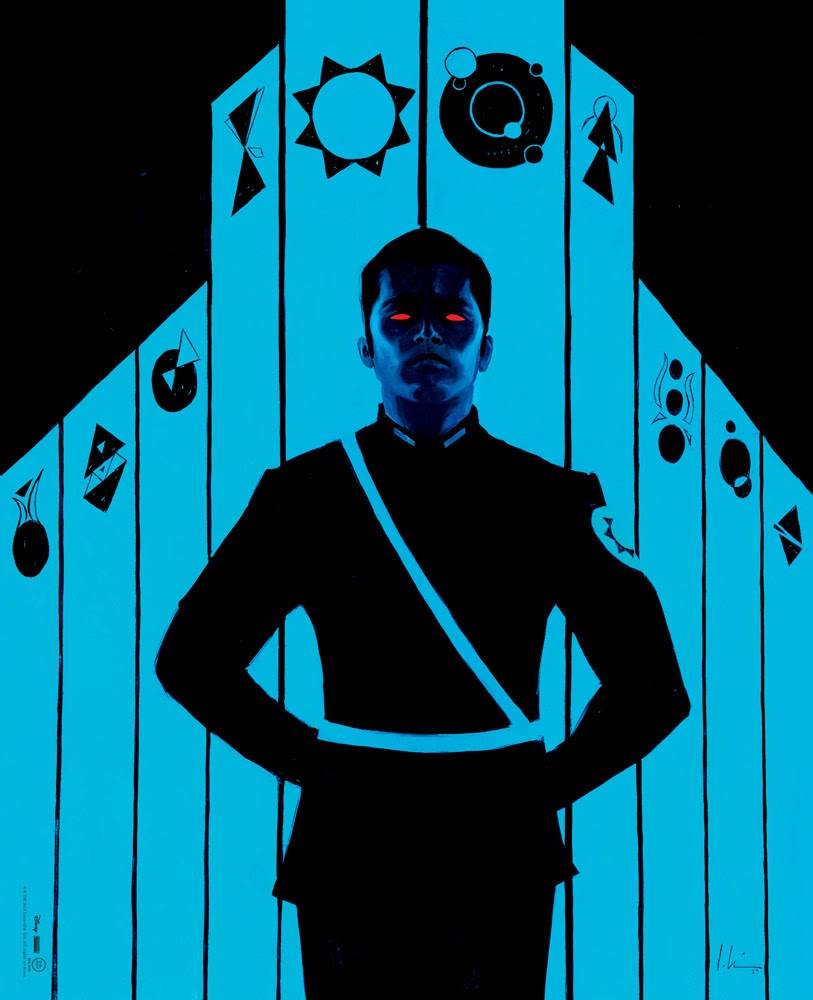 It’s interesting to me that this ostensibly secondary character who has never appeared in a Star Wars movie has received so much attention in the prose world, but I think that phenomenon is the result of how compellingly drawn Thrawn is as a persona. He’s the Sherlock Holmes of the Star Wars universe– an observation made many times before by far smarter people than me– but he’s also a bad guy whose motivations aren’t necessarily toward evil. In fact, throughout stories where he’s worked both under the Empire and the Chiss Ascendancy, it’s seemed that Thrawn’s only true allegiances are to logic, reason, and his own advancement. He frustrates many of his superiors because he often refuses to follow orders he disagrees with, but his results speak for themself and so it’s hard to argue against his achievements.

Star Wars: Thrawn Ascendancy – Chaos Rising takes readers into the heart of the Unknown Regions– or what the Chiss call the Chaos, where their home planet of Csilla resides. An ancient cosmic cataclysm locked the Chaos within a tangle of barely-traversable hyperspace lanes, so Force-users there become invaluable starship navigators instead of Jedi Knights. Among the Chiss, those Force-users are always young girls (referred to, coincidentally enough, as “sky-walkers”), whose powers evaporate in their early teens. These sky-walkers are conscripted into military duty until they are no longer useful, and what happens to them afterward is one of the central themes of this novel. We meet Thalias, an ex-sky-walker indebted to Thrawn because of advice he gave her at an early age, and her new charge Che’ri, a current sky-walker serving aboard Thrawn’s ship the Springhawk. Together these three characters must team with Thrawn’s hesitant but ultimately trustworthy crew to unravel the mystery of who recently attacked Csilla’s capital city and why. 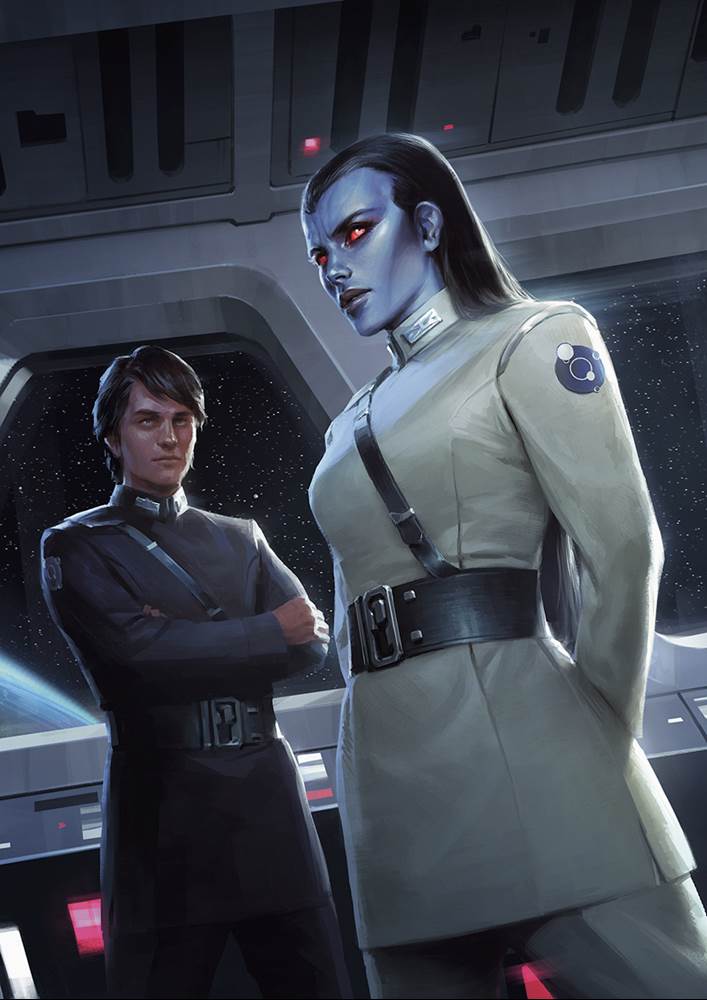 We’re also reintroduced to Thrawn’s steadfast ally Admiral Ar’alani and treated to a series of flashbacks documenting their intertwined ascent through the Chiss societal hierarchy, on both the military and familial sides. We meet other new characters as well, friend and foe among them, and see all these players partake in battles of both brain and spacefaring brawn. But the real delight of Chaos Rising (the first book in a planned trilogy) is Zahn’s incredibly impressive world-building– keep in mind this is the very first full-length Star Wars story to take place almost entirely outside of the established Star Wars galaxy, so the author didn’t have much in the way of familiar characters, locations, or factions to lean on when fleshing out the Chiss Ascendancy. There are a couple very minor ties to the stories we’re more familiar with, though I won’t spoil them here, but besides that this narrative is by and large Zahn’s creation from whole cloth– a spin-off of sorts from the universe George Lucas built.

It’s pretty refreshing to read a Star Wars book where we don’t already know the outcome for 90% of the characters and situations– obviously Thrawn survives his trials and tribulations as a Chiss Expansionary Defense Fleet captain to go out and join the Galactic Empire later on, but we don’t know the fates of most of the others– and it’s always a joy to watch Thrawn’s mind (via Zahn’s masterful writing talent) at work in solving another interplanetary conundrum and go up against an enemy who often appears to have the upper hand. I’m so excited to have the Star Wars universe expanded in this direction and to have a new cast of pretty interesting supporting roles act as backup to one of my absolute favorite Star Wars antagonists. Between this new Thrawn trilogy by Timothy Zahn, the Alphabet Squadron Trilogy by Alexander Freed, and Lucasfilm’s upcoming multi-platform publishing initiative The High Republic (with contributors like the supremely skilled Claudia Gray and Charles Soule), Star Wars storytelling is in a pretty good place right now when it comes to the printed page. 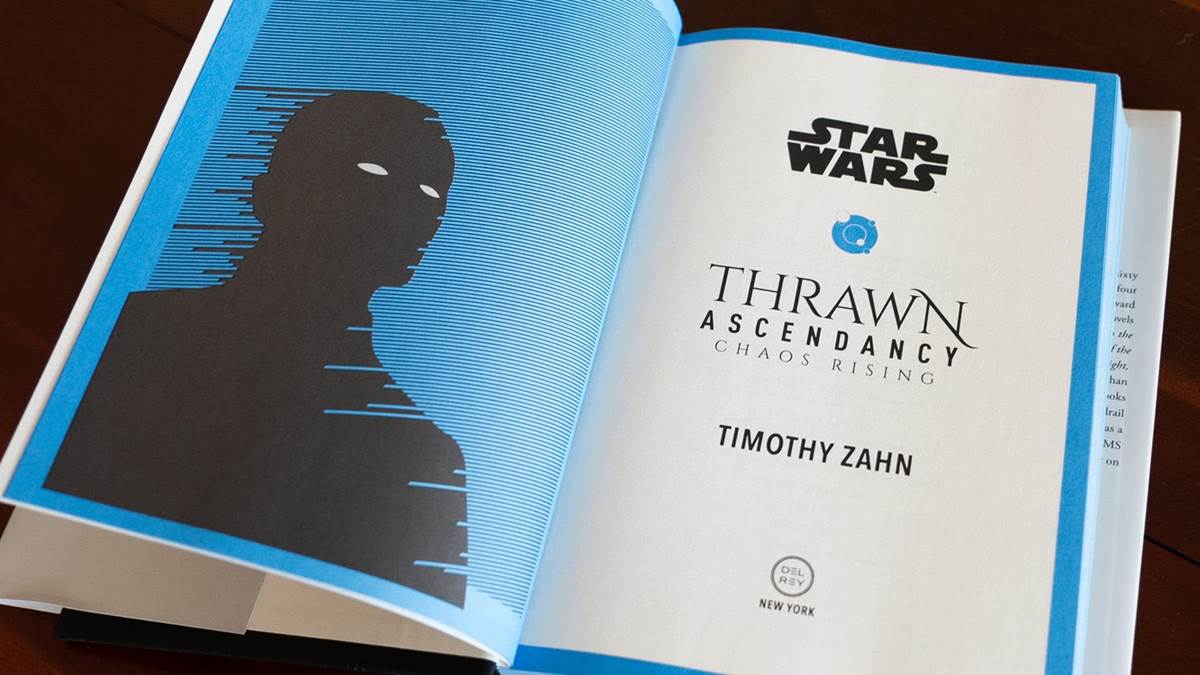 Star Wars: Thrawn Ascendancy – Chaos Rising will be released on Tuesday, September 1 wherever books are sold, but it is available for pre-order right now.