In late August, DCappella announced they were getting ready to shoot a new music video and were inviting Disney fans to join in. At first I thought this sounded kind of silly, but the more I read about the experience, the more excited I became until I finally decided I would sign up. 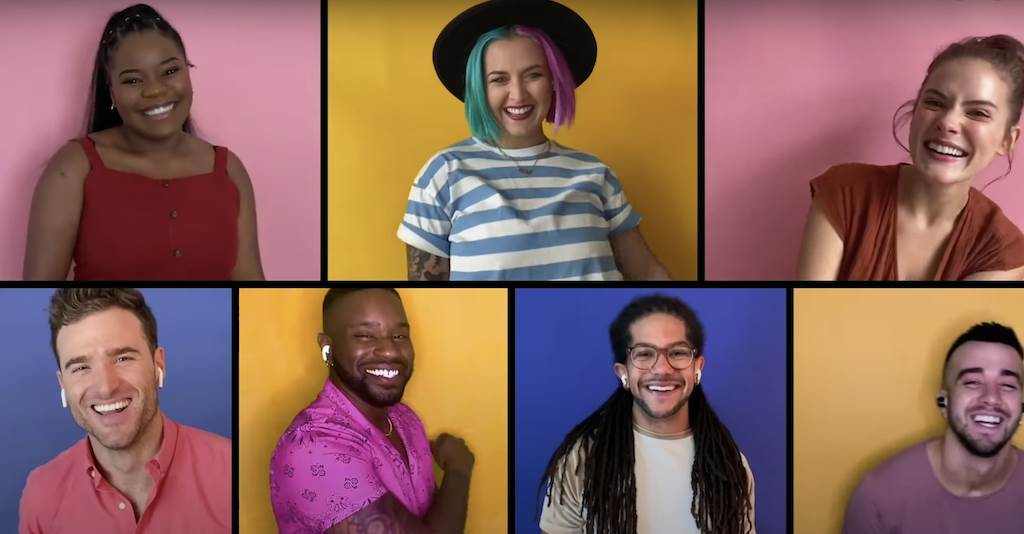 The experience was set up through, of all places, Airbnb. And no, no one would be doing any travel — the entire event would be hosted online. Participants could sign up through the Airbnb website for one of three sessions. Each session was open to around 30 people. While the experience was free, I had to create an Airbnb account as well as enter a form of payment, but I wasn’t charged anything. After my registration was complete, I selected the group session I wanted to attend. In this virtual meeting we would meet the members of DCappella, the godfather of a cappella Deke Shelton, and some of the great folks from Disney Music who would be turning our recordings into a music video.

Prior to our meeting and Zoom session, the group provided us with everything we needed to be prepared for the meeting and recording. We’d be singing “Trashin’ the Camp” from Tarzan which, if you’re familiar, is more like vocalizing sounds, there aren’t any logical worlds to the song. We were provided with sheet music, individual vocal tracks, and a group vocal track so we could familiarize ourselves with the parts and what the completed version would sound like. 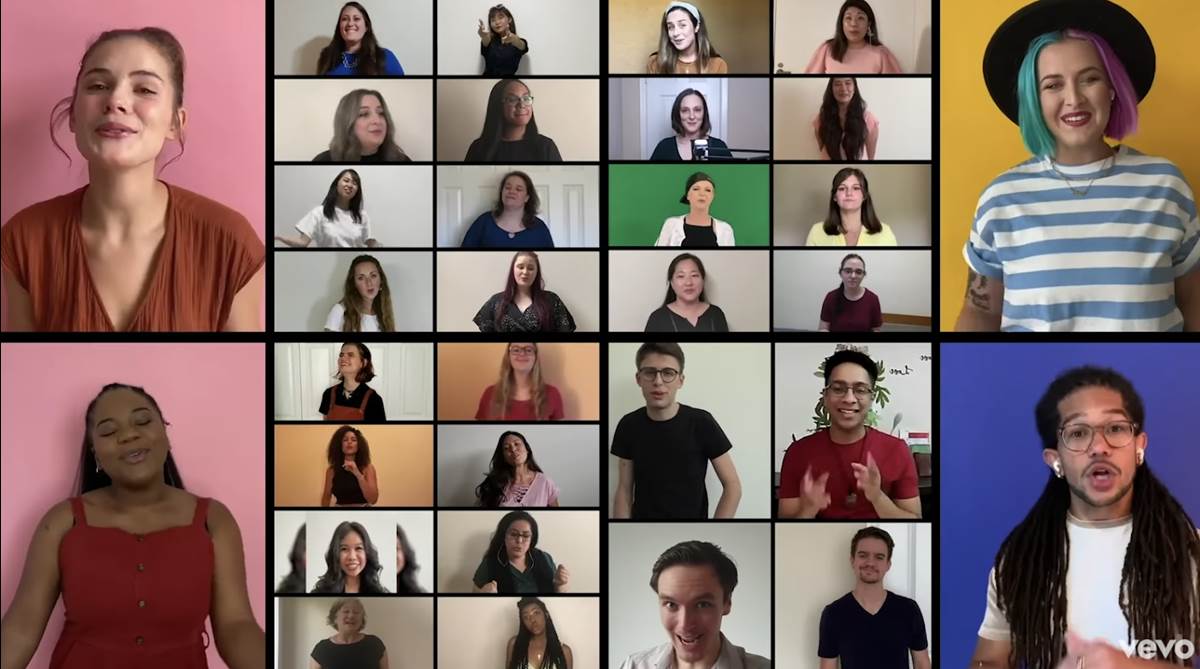 Before the meeting we were asked to share the top three parts we wanted to sing. I initially wanted to be in Kelly’s group—she sings alto and joined the DCappella this spring—but while I was practicing the vocals for alto (lower female voice) and mezzo (medium female voice), I determined the mezzo part would be better for me. I wouldn’t struggle to hit any notes, and for this song, we’d have the melody, which is what I always sing by default. I can’t seem to get those harmonies on my own!

We met as one big group to discuss how the video would work, the best ways to record our parts, appropriate attire for the video (no words, stripes, or patterns on our shirts), and most importantly to just have fun. Then we split off into small groups led by a member of DCappella based on the parts we were singing. Myself and about six others spent 25 minutes with Kalen who told us a little bit about herself, how she became a member of the group, and what it was like to tour with DCappella. She asked all of us about our experiences with singing, and most of us just did it for fun. Then it was on us to record video and vocals for our DCappella debut! After our session we were asked to review our experience which would be public on the Airbnb site. We also could leave a private note for DCappella if desired. In my note to the group, I told them how much I enjoyed the whole process: practicing on my own, learning the various vocal tracks, meeting the group, all of it was just fun. I know listening to and editing approximately 100 vocal tracks of non group members is quite a tall task, and doing this too frequently could ruin the magic, but I really hope Disney Music and DCappella can host another experience like this in the future. 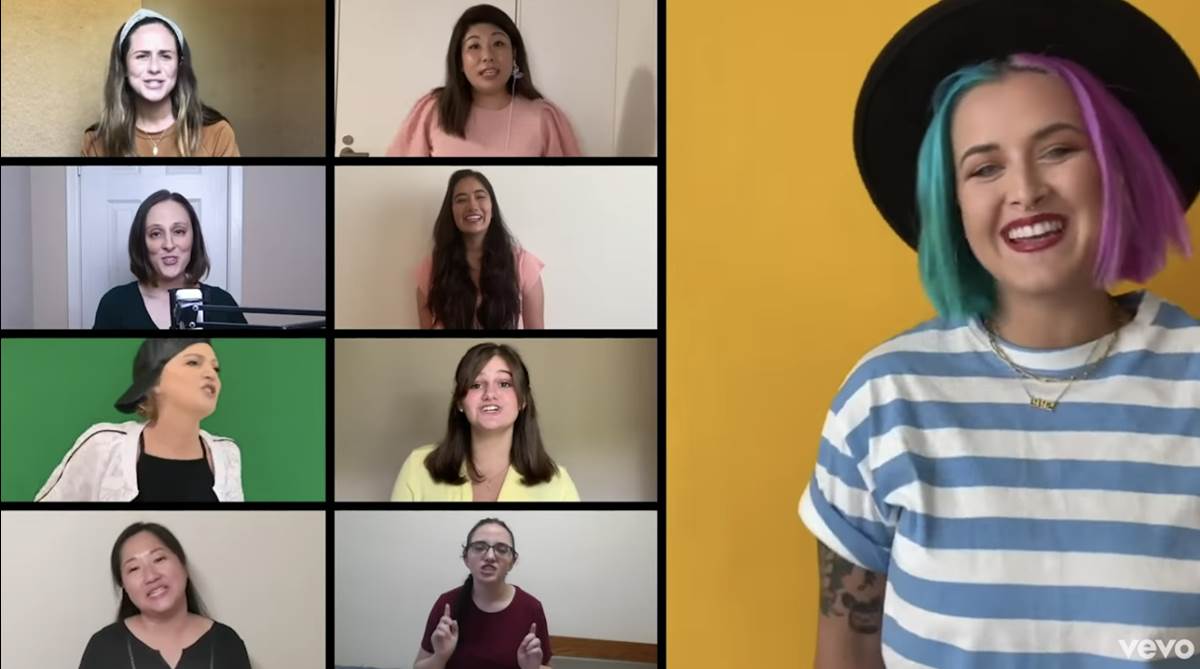 I didn’t know what to expect for my part in “Trashin’ the Camp” but I’m delighted to tell you I made the cut! You can spot me with the mezzos wearing a dark green t-shirt and singing into a white microphone, the only person singing into a microphone!