Author Vera Strange’s third novel in her Disney Chills series, Second Star to the Fright, will have chill-seeking readers ‘hooked’, particularly if the first two books in the series – Part of Your Nightmare and Fiends On The Other Side – have not yet captured their attention. 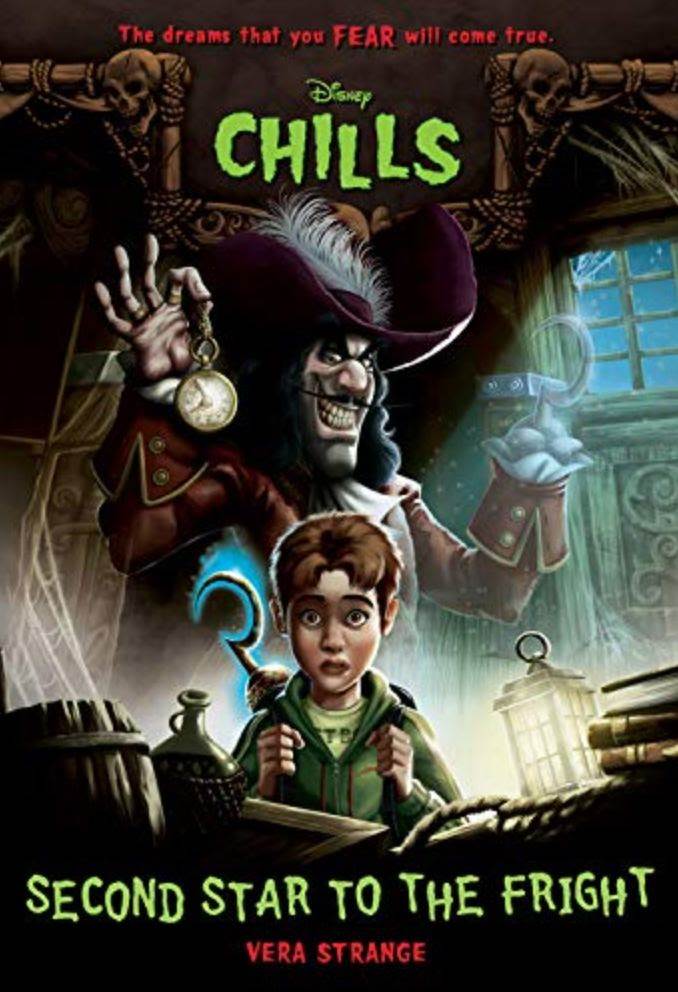 What is Second Star to the Fright about?

Barrie is an eleven-year-old boy who doesn’t want to grow up. He gets his wish when he comes across an item belonging to the infamous pirate Captain Hook after visiting a maritime museum with his family. Ice cream, sugary cereal and being free of homework ensues when you don’t grow up. Sounds ideal, right? Wrong. It may have its downsides. Be careful what you wish for…

Second Star to the Fright is the star of the series to date. It is longer than the first two books which gives the reader more time to come to know the characters, and of course, for that innate sense of dread to sufficiently mount in these books. Here are some of the main reasons why this book gets a gold star from me:

More time and depth given to character relationships and motivations

The relationships between the characters in this book are good fun and something readers will likely be able to relate to: an annoying sibling, overbearing parents, the reprieve from one’s family that comes from having close school friends. The overarching theme of growing up will also hit home for a lot of readers. Second Star adds time and depth to the relationships and character motivations therein such that readers may feel more invested in this book than in Part of Your Nightmare and Fiends On The Other Side.

The suspense does not let up

The build up in this book is intense. Although repetitive at times, Barrie’s various spooky encounters make for prolonged suspense. Readers are left uncomfortable – precisely what Strange is going for in her books. There are also some jump scares thrown in for good measure, but it is the discomfort Barrie feels following his trip to the museum that will keep readers hooked and frantically searching for a happy ending.

Described as ‘Disney’s Goosebumps’, the thing that sets this series apart from other Disney books is that there are no happy endings. Quite to the contrary – the endings are frightfully unsettling. Lessons are learned but there is no turning back for the troubled protagonist. Second Star nails this Disney Chills prerequisite and may just make readers rethink what it is they really wish for.

A welcome read to kick off the new year

This book was an easy read and a welcome one to kick off the new year. Despite some repetitiveness in character dialogue and description, there are some real storytelling gems here. The characters and plot were excellent and made me warm to the idea of original characters in a Disney context (I am a stickler for villains in traditional Disney settings, so Strange deserves commendation for bringing me around!). There were also some great story points (for example, Barrie’s love of solving mysteries and his school yearbook discovery), but for fear of giving too much away, I will leave those for you to discover, dear reader. Just beware of the Captain’s cabin. ‘Keep Out’ signs may exist for good reason.

Disney Chills: Second Star to the Fright is now available wherever books are sold.